Twas a lovely crisp sunny morning as we had a stroll round Normanby Park. The deer were close enough to the fence to get a photo, usually it is hard to spot them as the park is so large. The beautiful stags with their massive antlers are a magnificent sight. 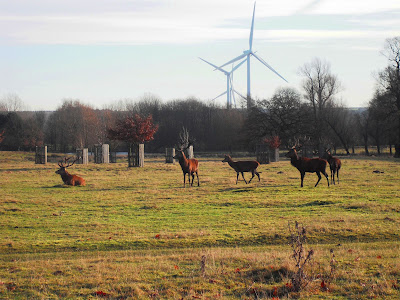 The public are allowed to go into the deer enclosure but there are notices saying not to approach the deer, so we gave them a wide berth. Instead we headed down to the fishing lake at the bottom end. There was nobody about so we had a lovely peacefull stroll. Rocky wanted to go into the water, but it was a bit too cold for that, and I didn't have a towel to dry him. He was disappointed. 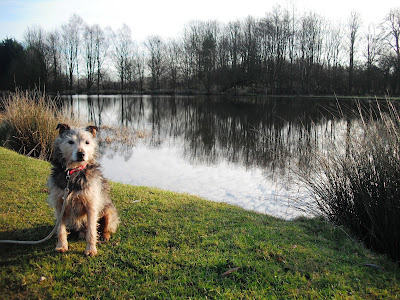 However, he loved meeting the snowmen in the walled garden. 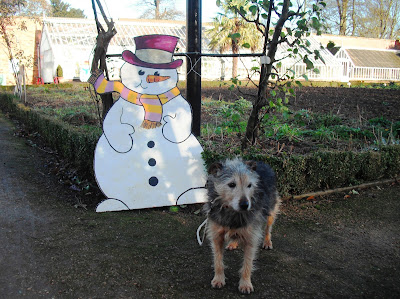 And he got ever so excited when he walked into Santa's Grotto and Santa lifted him up for a cuddle. Rocky soon setled down and was enjoying the attention. Now Rocky, tell Santa what you would like for Christmas. 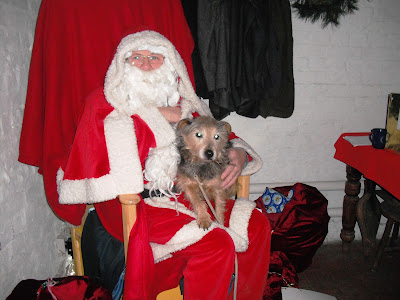 Rocky wanted to go on the miniture railway but there was a long queue to get on, and he didn't want to stand around waiting. Instead he played, 'chase the ducks across the lawn' game. Then we played with his squeeky toy which I had in my pocket. He is very good at fetching it back.