The frequent showers have had me popping in and out today, there's jobs to do in the garden, but then I have to dart indoors when the sky goes black, the wind gets up, and the rain comes lashing down. I wish we could have a bit more summer.
Here's a little colour to brighten things up a bit. Our 20 21 Arts Centre has a dual exhibition on at the moment. First they choose the artist they want to feature, and then they ask the local flower arranging groups around the region to take a look at the artworks to be exhibited, and come up with some arrangements to compliment them. The artworks are mainly about letter engravers on stone, some calligraphy, and graffiti. I didn't photograph these, to be honest I wasn't that drawn to it, but I did like the flower displays, a few of them I have chosen to show you here. Difficult to photograph with all the shadows. 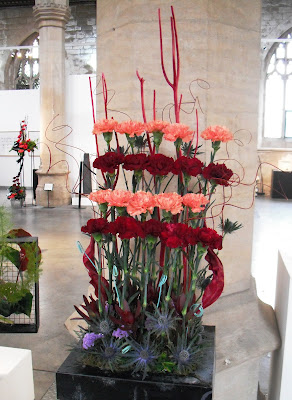 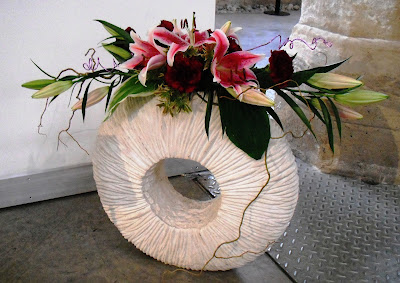 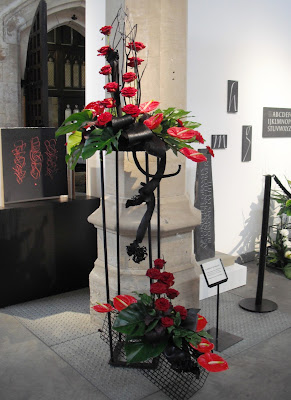 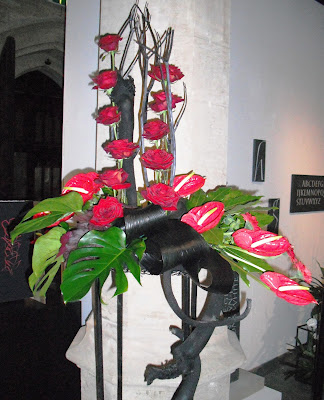 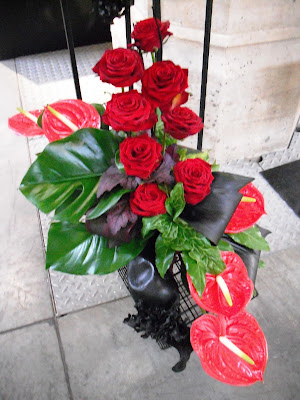 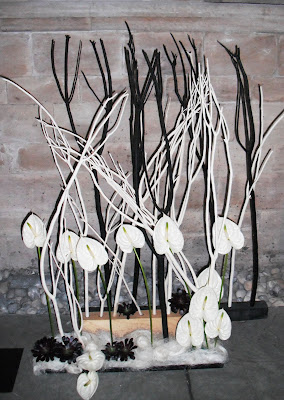 In another part of the church is an exhibition of twisted ropes. It's fascinating to see how they have been constructed, they are held together by some kind of weaving. It's quite interesting to see how an ordinary length of lifeless rope can be transformed into a piece of art with so much movement in it. Try and follow the twists and turns and work out where they are going. 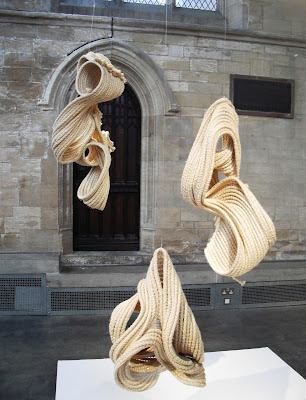 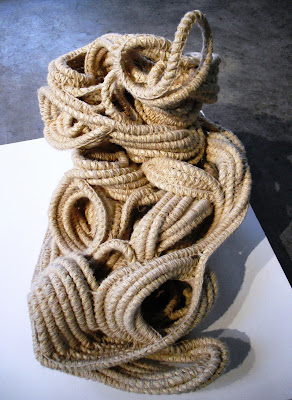 It's stopped raining so I'd better go out and cover up the raised bed I've been pottering about in, before the cats think it's a big litter tray. The broad beans are planted out, and the runner beans should be ready to go in soon. I've given up with tomatoes, and had to sow some more courgette seeds. I have a salad leaves box coming along, but the cucumber is not happening. The £1 sunflower seeds are doing well though, ha ha. Hope your veg growing is better than mine.
Toodle pip.
Posted by Meanqueen at 16:37