Instead of mooching around half the day and getting nothing done, I decided to get my finger out and go for a walk. A couple of sandwiches, a pot of cous cous left over from last night, a few peach slices, and a bottle of watered down juice was my packed lunch. Kill two birds with one stone, I thought, park at Tesco and time it so I get back to the car at 3pm, then lurk in the store waiting for the final reductions.

Tesco is opposite the football ground where they have a car boot sale, today was the first one after the Christmas break. I had a little nosey around first but there wasn't many stalls and some were packing up. I spotted this little cutie and got chatting to it's owner, as you do, ha ha. The elderly lady obviously loved her little dog to bits. It had a little coat on underneath it's pink blanket. She proudly showed me a certificate, it had won a photographic competition for the best pooch. I suggested she frame it as it was getting a little creased. I don't think she minded, she was probably glad to show it to anyone who might be interested. 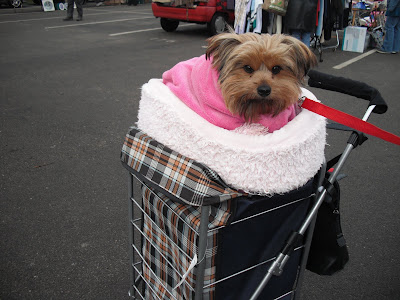 I set off down this path, it's a dismantled railway track. 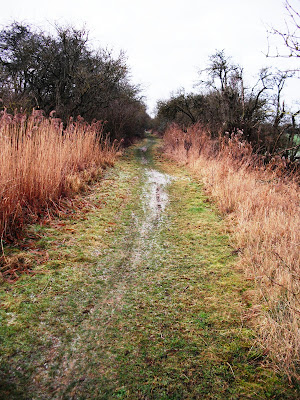 We get quite a lot of cable theft in this area, and here is the evidence. Sometimes whole villages lose their phone connections or have power failures. Luckily it hasn't happened here yet. With the price of metal rocketing the thieves are having a field day. 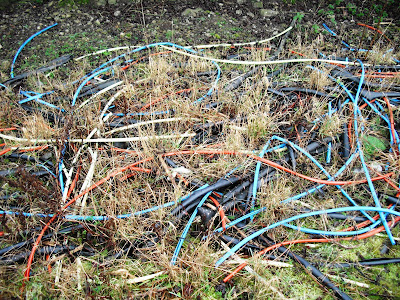 This is the bridge over the River Trent at Gunness. I have mentioned this before, I came past it when I did the long walk up the Trent. It used to be a lift bridge but has been fixed for quite some time now. 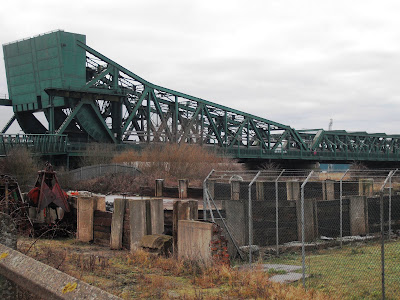 Surprise surprise, there is a boat in at the docks. It's a Dutch vessel called Ardea. 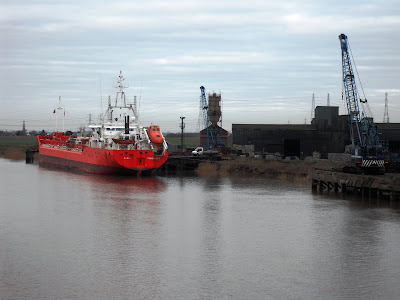 It's got it's own dinky little matching lifeboat at the rear, poised ready to be launched. Bet that's exciting if you are in it when it hits the water, like the log flume at the fairground :o) 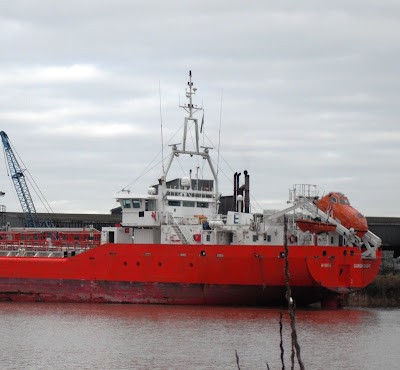 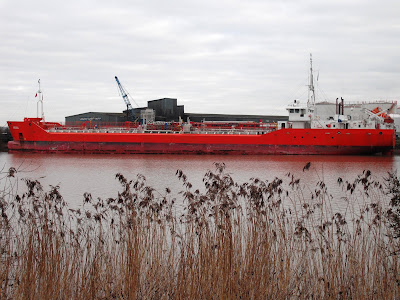 A bit further along at Keadby Wharf is another boat, the Fehn Cartagena. I can't get a full length picture of this as it's on my side of the river. As you can see it's from Gibralter. 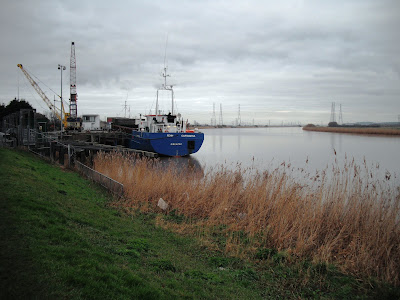 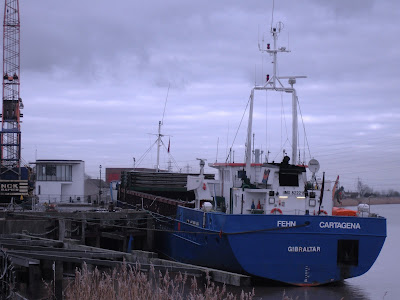 This pile of scrap metal has been unloaded, bound for the steelworks. 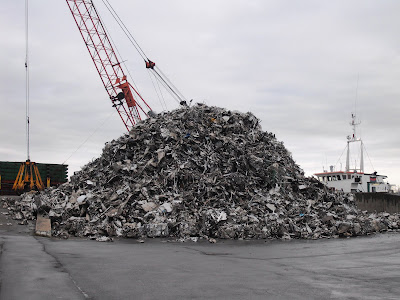 Here I am standing on the road bridge looking down towards Belton. This is where the canal joins the River Trent. I decided to have a walk down the left hand side. 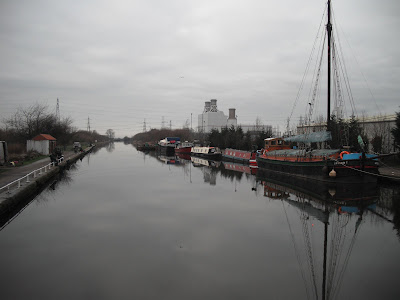 Me being nosey I got chatting to the fishermen. This one has tackle box which has a table on the side, and you use the box as a seat. 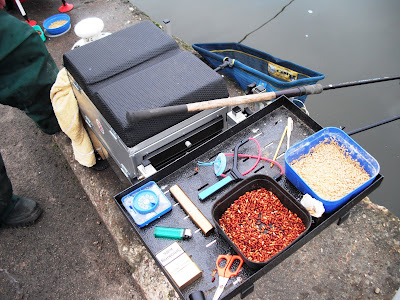 The fish seemed to be biting well. I watched as he reeled it in, then he used a crochet hook like tool to get the fish hook out of it's gullet. I asked if he was going to eat it for tea. He said, no, it will be put back in. 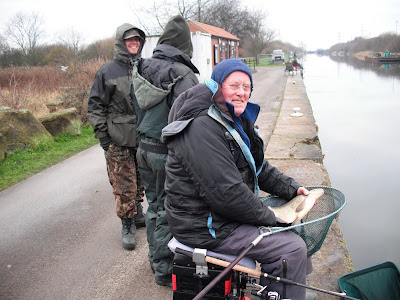 A bit further along is Keadby Power Station. This is a gas fired power station, it was built on the site of a former coal fired station. 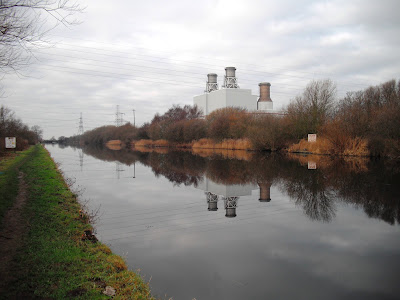 About half a mile on is where the railway line crosses the canal. There is the signal box. 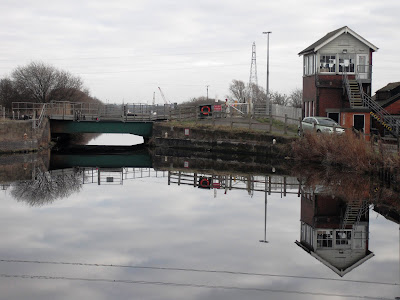 Next to it is a swing bridge with a little cottage. 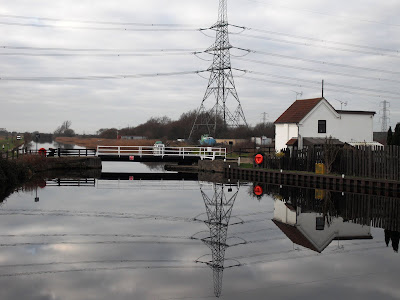 At this point I decided to turn round and go back. Didn't want to miss my bargains at Tesco. The store was quite busy, I was surprised, it has normally tailed off by this time. A lot of people have cottoned on to the late shopping lark, the store closes at 4pm and it was buzzing at 3.45. A lot of the stuff in the chiller cabinet had meat in it so no good for me. I got some yogurt and dips.

I hovered around the veg and picked up a few items there, but not as much as I'd have liked. The bread was a big disappointment, they didn't bother to do the final reductions so all I got was a packet of wholemeal bread rolls for 45p. I have a lot of space in my freezer so I was hoping for some more. They brought a load of ready meals out and reduced them all to 10p. Again no good for me, they had meat in them :o( Never mind, I spent £8.86 on food, hoping it will last me a week.
I'm getting a bit behind with my blog reading, forgive me if I haven't commented on yours, I must try and catch up.

Toodle pip.
Posted by Meanqueen at 18:52