A load off my shoulders

Wow, the weekend has gone already, and we're now more than half way through January. Time goes too darn fast. The post yesterday sparked off a few Woolies memories, thank you for those. I sort of threw it together at the last minute. I already had another post prepared, then it was pointed out to me that it would be more appropriate to use it next month, somewhere around the 14th, so I've filed it and will bring it out later.

Ahh Woolies. I remember most of the staff wore horrible yucky green overalls, with those on the food counters wearing yellow. We had some silly little hats to wear, like a band around the head. We used to fold them in half and use a hair grip on each end to hold it in place on the top of the head. We had male supervisors called 'floor walkers', there was one in particular that I day dreamed about, called Howard. He was a bit drippy and I flirted with him something rotten. Scared him to death. I didn't buy records because we couldn't afford a record player. I bought makeup and stockings mainly.

Anyway, lets press on. Today I got my big rucksack out, I had an idea to make it a bit more comfortable on the shoulders when it is packed full, and heavy. I could have bought one with very thick padding on the straps but it was a lot heavier so I went for the lighter one. Mayze wants to help me again, she is a sweetie. 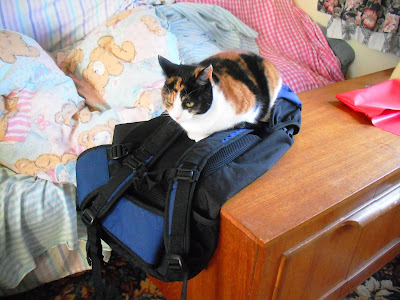 These are the straps that come down over my shoulders and fasten across my chest. As you can see they don't have much padding. When I used it last year I cut a small towel in half and folded the pieces to put underneath my clothes to take the weight. It worked but it was a bit of a faff. 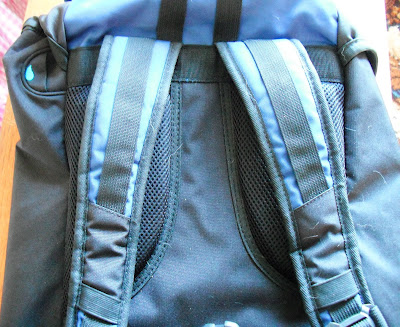 Why not make some sleeves that will wrap around the straps, a bit like those padded sleeves you can buy to make seat belts more comfortable across your chest. I had some waterproof fabric offcuts I got from the Scrapstore. Red will be fine. The padding inside is foam, I folded it to make it double thickness. And used press studs to fasten it together around the strap. 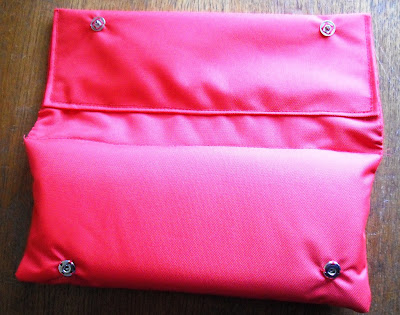 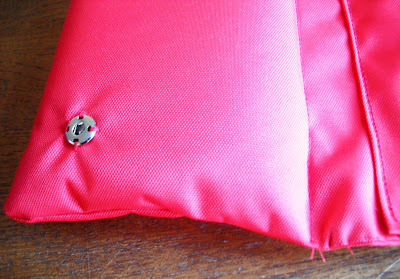 The padding is only on one side.

There you are, hopefully I won't have to suffer the agonies of sore shoulders again. 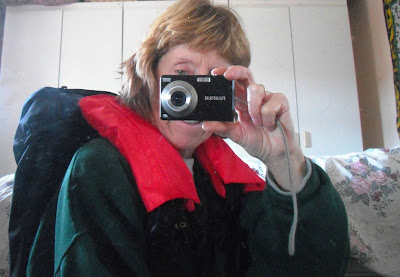 While I was making these, an idea came to me. Our lovely blogger friend Sharon makes beautiful cases for kindles and suchlike. She said she wants to make something different. Hey, Sharon, what about making some seat belt comforters in your lovely fabrics, decorated with customised embroidery. I bet they would go down a storm.

Anyway, got to go, off to Whitby in the morning. Must do a bit of tidying up and get the cats stuff ready for when Janet comes. All the litter boxes are washed, now need to clean their food trays and dishes. I'll catch you Wednesday. Toodle pip.
Posted by Meanqueen at 14:01