Hello. I'm getting lost with the days, what with having the holidays mid week, I thought it was Sunday today. Not a very nice start, it was very dull, and raining.
I know some of you like to know what I eat, sorry I'm not good with the recipes, I just make it up. If you read my blog regularly you will see lots of photo's of vegetables, because that's what I like best. I don't care if it doesn't look like a meal from a posh restaurant, I know it's going to taste delicious, well most of the time, ha ha. You can't really go wrong with steamed veg, all you need to do is prick them with a fork while cooking, and removed them from the heat pretty sharpish before they turn to mush. I don't usually have any anything else with them so as soon as they are ready they are eaten. A sprinkle of grated cheese is lovely. Occasionally I might make half a mug of veggie gravy in the microwave, if I can be bothered. Or as a treat I might buy some dips, or mayo. The taste of slightly crunchy sprouts is divine, oh, and broccoli is just scrumptious. My dinner from two days ago. 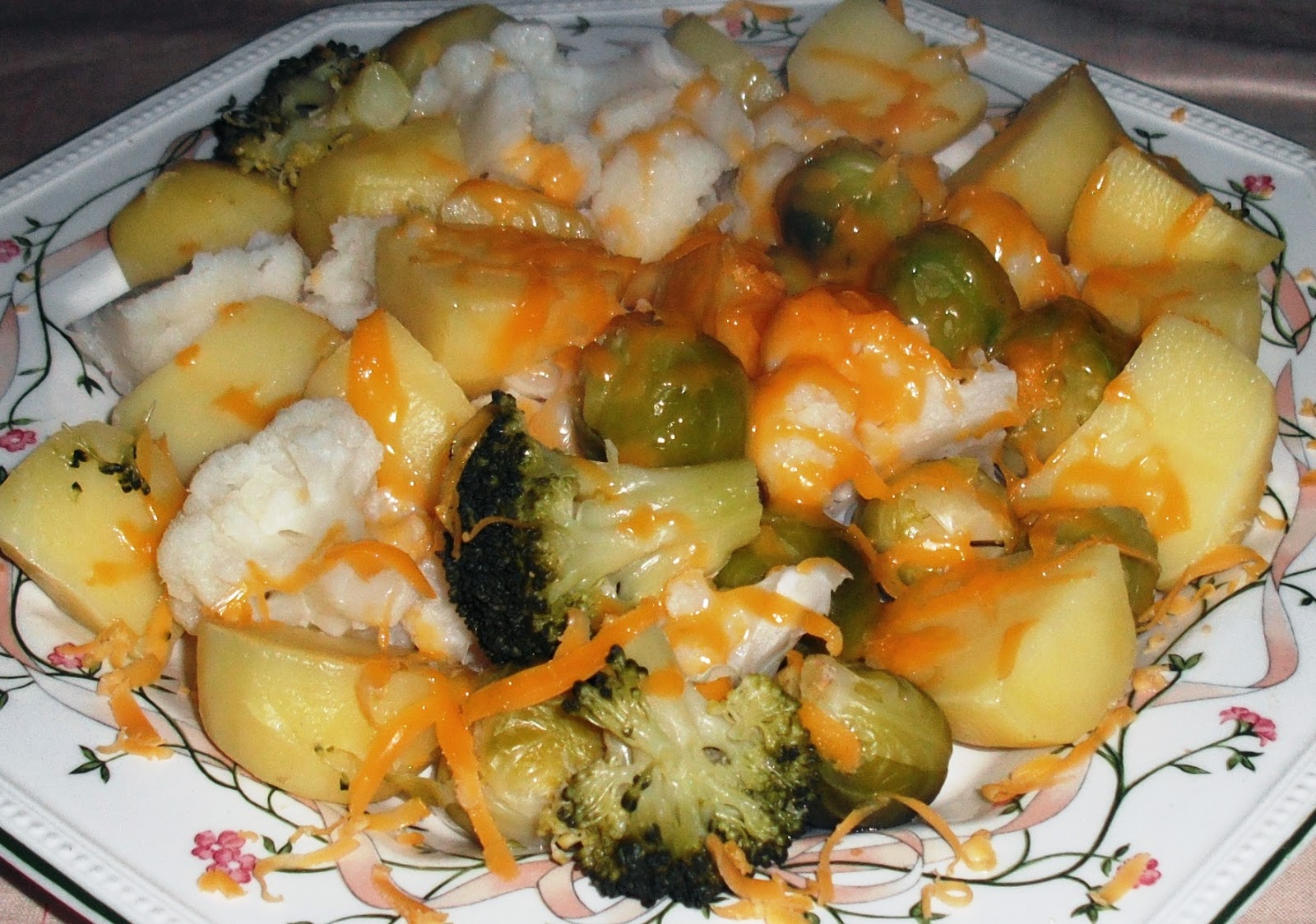 A while ago I bought a box of Caffe Latte, I fancied something a bit different to plain Nescafe. I used some of the single sachet's, but the taste didn't excite me, not enough coffee in them.These three have been in the cupboard for ages. What to do with them. Empty them into the jar, and mix ordinary coffee in with them. Nothing wasted in this house. 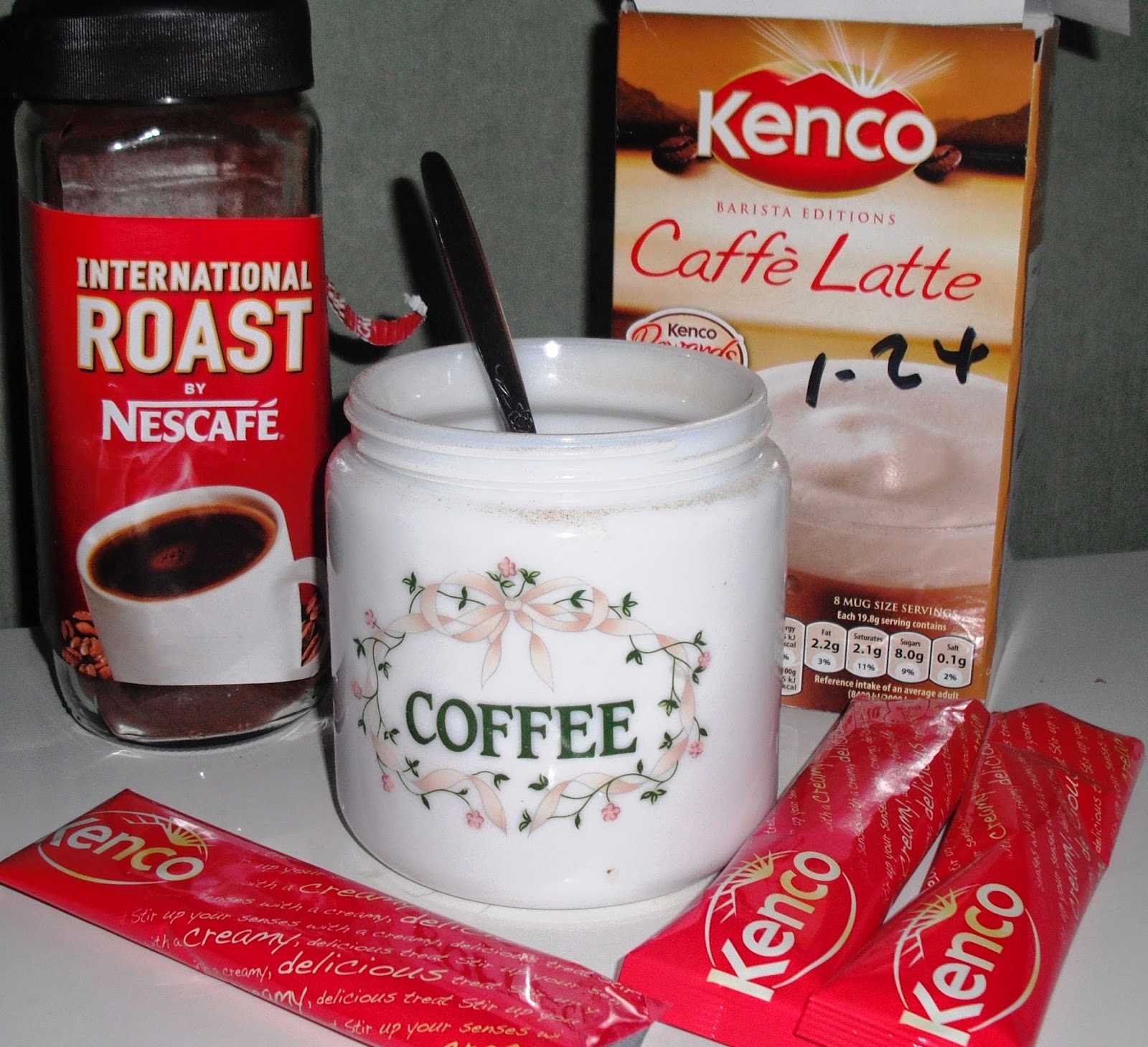 I fancied some pasta yesterday. I never buy sauce in jars, always make my own, it's simple enough. I chopped a large onion into a medium size pan and added a portion of frozen home grown runner beans. Cook them in a slug of oil until they start to soften. Add whatever spices you have. I used garlic powder and turmeric, and a shake of this and that, ha ha. Chuck it all in. Then I added a tin of chopped tomatoes, and simmered a little while longer. When ready I zapped it with the stick blender. It was lovely. I made three portions of pasta and two portions of sauce. I ate one last night, one tonight, and the rest of the pasta I will eat with cheese and mayo tomorrow, 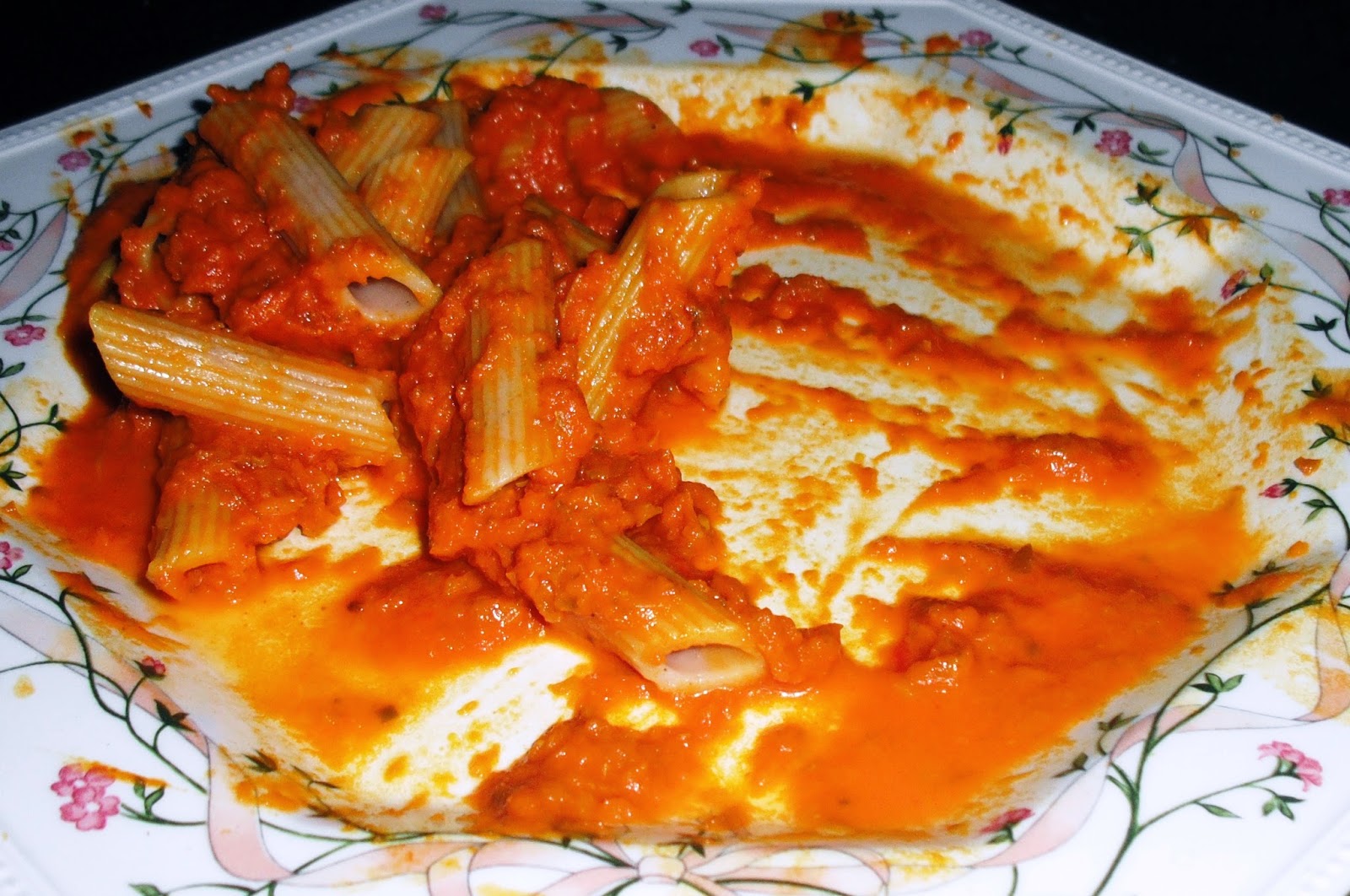 I had some packets of chopped nuts which needed using up, I eat a lot of nuts, so I thought I would see if they would turn into nut butter if I pulverized them in the food processor. I also have some linseeds so I put them in as well. It was a fairly stiff consistency so I added a slug of olive oil. Then I tasted it, yuk, not great. What to do next. 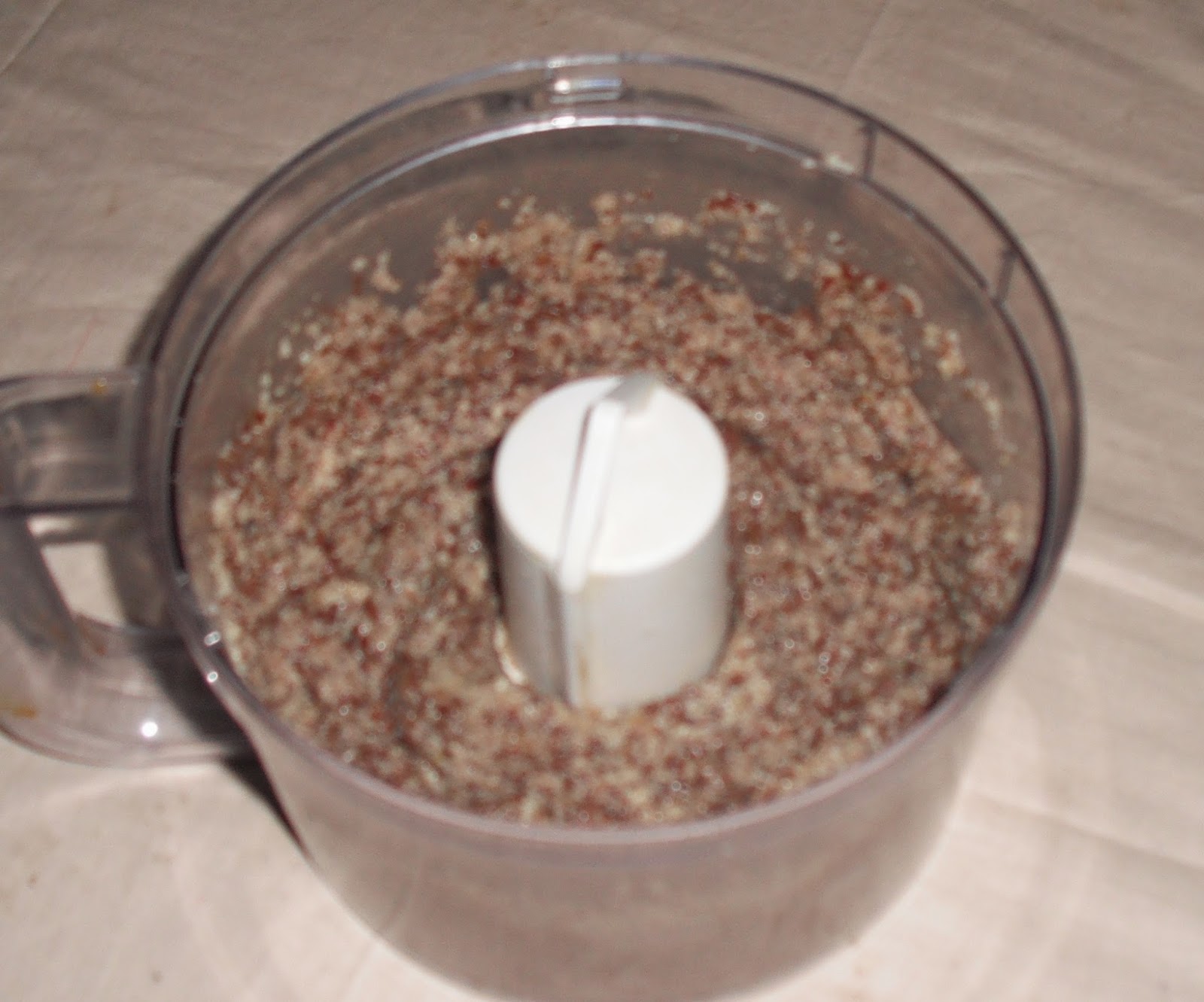 I had to divide the mix in half because there was too much for the mixer to cope with. I opened a tin of chick peas and added that, plus some spices, and a squirt of tomato ketchup. Much better consistency now. 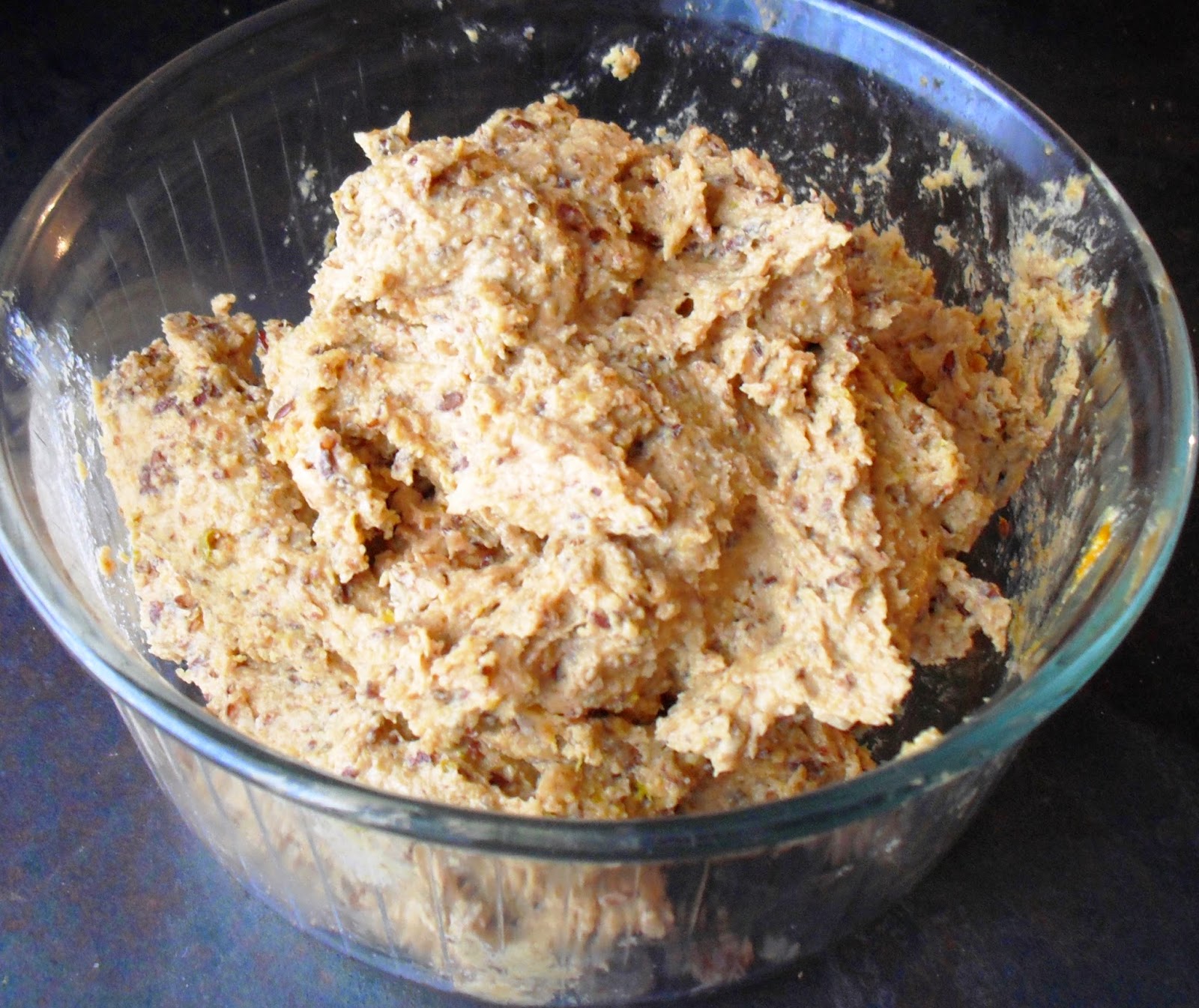 Next I fashioned it into small patties. The mixture was sticking to my disposable gloves, I prefer to use them rather than use my bare hands. Under the grill they went. I got 18 out of it. They taste quite nice, an improvement would be more curry powder, a bit more spicy would be better. They are fine hot or cold, and would be a great addition to add to a snack box. 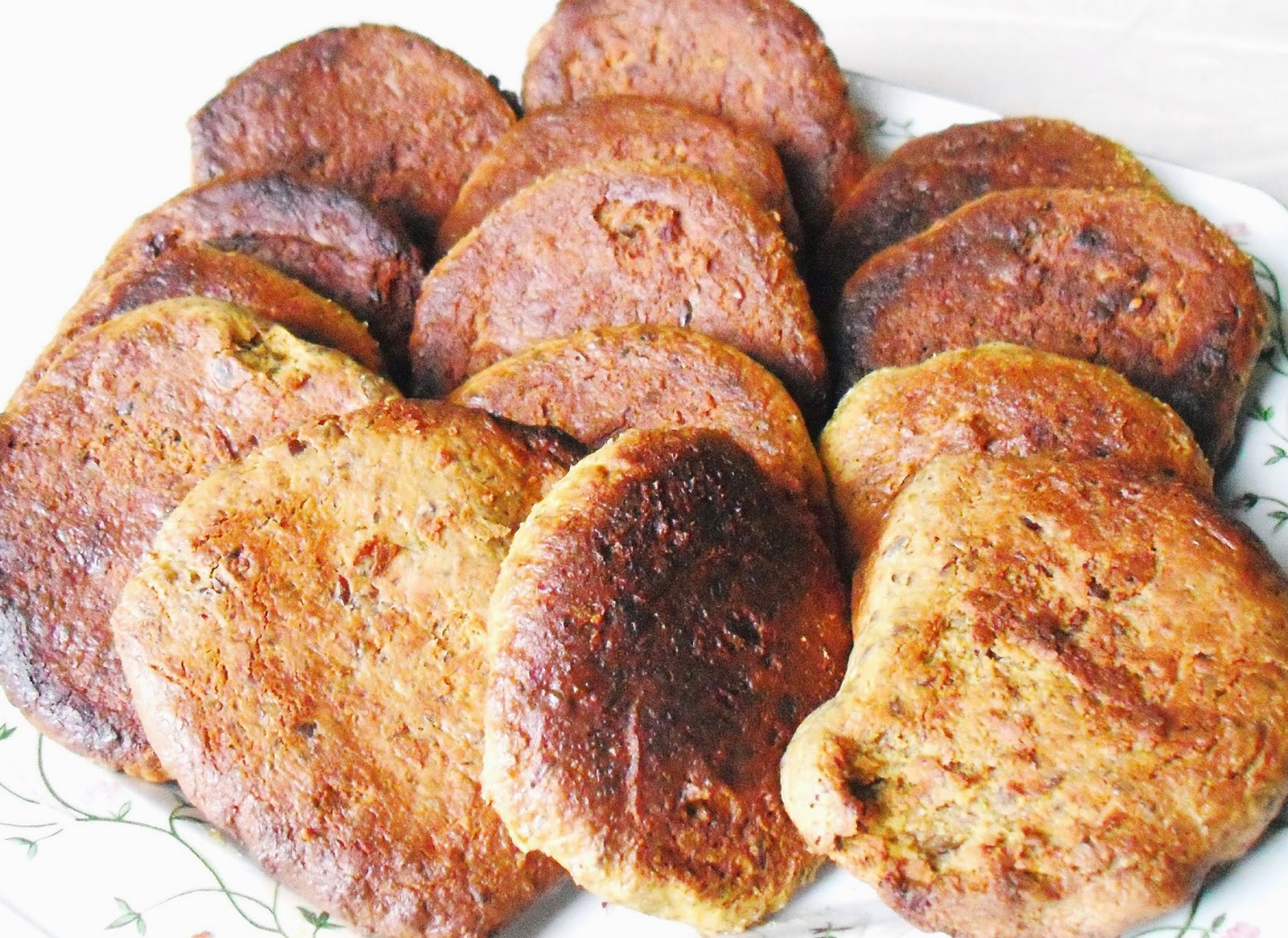 I wanted to top up the pet food so I went off to a small retail park this afternoon, not very far away. A few years ago most of the shops closed as they went out of business, but new companies have moved in to take their place. It's a nice place to shop now. Not too busy, and plenty of parking. Yes it's out of town, but it's an old established park, not like the brand spanking new ones that are springing up everywhere. It's got shops where I can actually afford to buy things. Poundstretcher, Home Bargains, Dunelm, Pound Shop, Iceland, and Matalan. If anyone needs sugar, it's still 49p in Poundstretcher. I got some Quorn burgers, sausages, and roast from the freezer in Iceland, all half price at £1 each.

Today's colour is.......blue. I didn't have far to go to take this. The daffodils are coming up in my back garden, near to the back door, and I keep stepping on them. A plastic ball on a stick does the trick to remind me to walk round them. 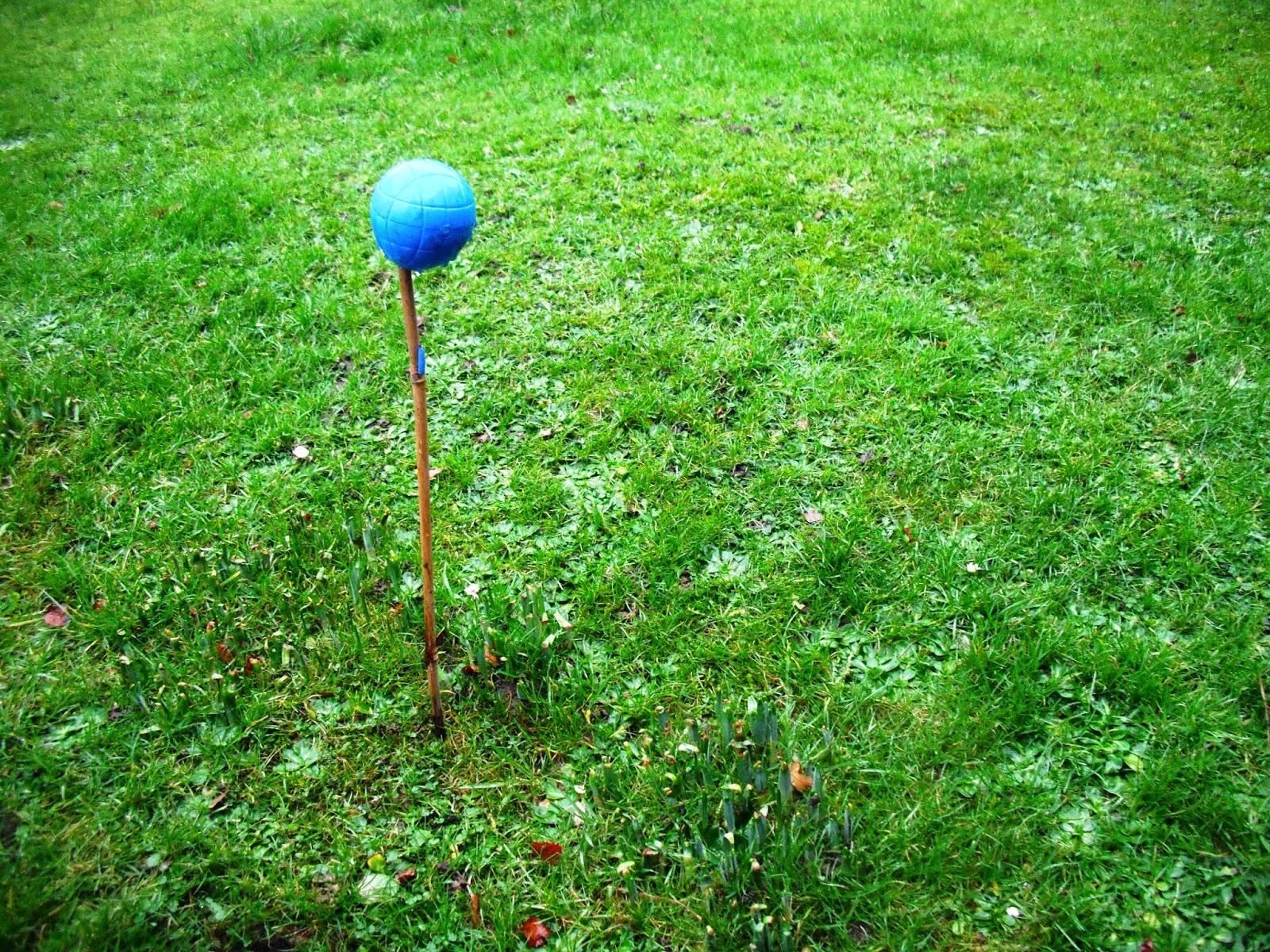 Hey, it's Saturday night, chill time. Thanks for looking in. Have a nice Sunday. I think it's going to rain again ;o(( Toodle pip.
Posted by Meanqueen at 21:05