Smile please, you're on camera

Hello. I think I should get Nellie Knowitall, our guest contributor, to write this post, it's right up her street, but as she is swanning around somewhere in the Bahamas, I won't disturb her. I am sure I am just as capable of stating the bleedin obvious, so I'll rattle it out myself. 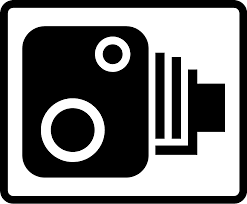 Speeding, what do you think of speed cameras, or any cameras for that matter. There is an article in a well know national newspaper this morning entitled 'Know your enemy : there are 20 different kinds of cameras spying on motorists : spot them before they spot you.' Some are used to catch criminals, monitor traffic, or collect data. But large numbers are used to issue fines, which total £284 million pounds a year. They are despised because most of the money goes to the treasury. Every time you drive you are spied on.

Most of the population of Britain seems to hate them, they are labeled as 'cash cows' for the government. Ok, these are my thoughts, my simplistic way of looking at things. If you don't drive over the speed limit you will give the government nothing. If you don't park where you are not supposed to, you will give the government nothing. I have been caught speeding three times in the 45 years I have been driving, all in commercial vehicles, and all when I had a lapse of concentration for a few seconds. Not slowing down enough from 36mph when I hit a 30 limit, at 6am when there was no traffic about. Passing through a roadworks on an the A1M and didn't get down to 50mph quick enough, on a Sunday when it wasn't very busy. And coming out of a built up area on a wide road thinking the speed limit must be 40 when in fact it was still 30 for a little while longer. All my fault. My licence is clean now, and has been for some time, I have learnt my lesson. Driving over the speed limit costs money, so why would I put myself in that situation now.

You can get a speed camera detector gizmo for your car, it will bleep as you approach one, they can cost around £180. Why would you want to pay that much, when all you have to do is watch for the speed limit signs, make a mental note and adjust your speed accordingly. Simple really, it costs nothing to concentrate. 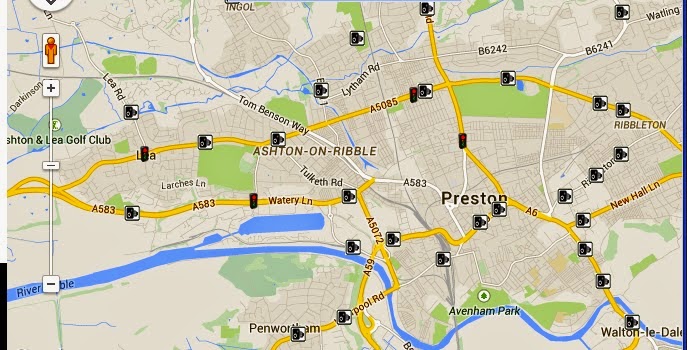 There are web sites out there which show where speed cameras are located. So, say you are planning a journey in an area you are not familiar with, would you spend time searching a map to find where all the cameras are? What if you decided to go off route during your journey and you didn't have the correct map, you are stuffed then, unless of course you have access to the maps in a sat nav. Jeez, there are enough distractions on the road without introducing more. For safety's sake you are supposed to be watching the road ahead, not eyes up in the sky searching for cameras. Wouldn't it be a lot easier to take note of the speed limit signs, then glance at your speedometer and make sure it is reading the same or less than the speed indicated on the sign. What could be chuffin easier than that!

Then there are web sites which tell you how to avoid paying fines, for goodness sake, you got caught, you pay. Don't speed, you won't get a fine. Simple.

A lot of the comments on the article are from people who object to Big Brother watching them, and I can't understand that. If you are doing something you shouldn't be, or if you are somewhere where you shouldn't be, then you have cause to be worried. Security cameras and speed cameras can work in your favour if you have nothing to hide. My car is street legal, no worries there. I don't mind the cameras in the High Street, I would rather someone be watching out for my safety. I don't mind cameras inside shops, useful tool to deter thieves.

When I retired the pressure came off to drive anywhere fast. I did take some risks, that was the nature of the job, but now I can go about my business in a more leisurely way. I have forgotten how to rush, everything I do is at my own pace. And it's lovely, I have time to smile at the cameras.
Thanks for reading. Toodle pip,
Posted by Meanqueen at 12:30