Hello. I hope you have all had a lovely day in the sunshine, because I have. Hasn't the weather been glorious, I saw lots of people out with their families, kids, and dogs. I packed a sandwich, a banana, a yogurt, some grapes, and a drink into my small rucksack and went over the bridge to a small village called Skidby. Not the first time I have been here, there is a report elsewhere on the blog about a walk I did in the area. Found it, on the 19th of March 2013, blimey is it four years since I was last here.
Here is the link.
Anyway, back to today. Some monkey business going on here. I don't remember seeing him before. 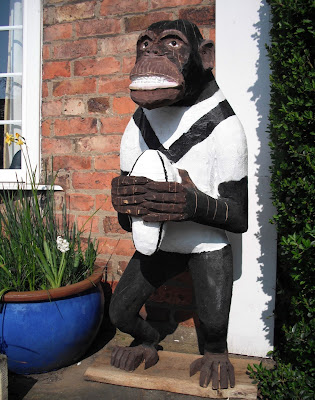 I joined the Oldgate track which is part of the Beverley 20 circular walk. The hedgerows were full of beautiful hawthorn blossom. I went past Folly Wood, and did a right along Dunflat road, crossed over the A164, that was a nightmare, took ages, no one would slow down and let me cross for ages. How inconsiderate. I went up Jillywood Lane, turned left then past Poplar Farm, and crossed over the A1079. That was easy, there was a bridge. I carried on along the track past Model Farm and Old Hall. Then I was flumoxed. Someone has only gone and built a road, a fast busy road, and it wasn't on the map. 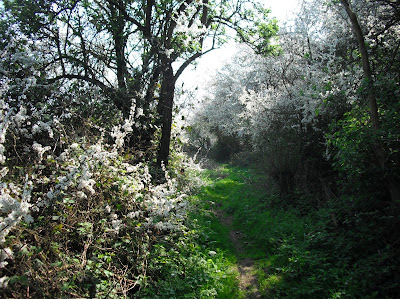 The track that I wanted to take wasn't there, obliterated or moved because of the road. I decided to stay on a tarmac road instead, at least it was heading in the right direction. I could see Beverley Minster so I basically had to head towards that. I stopped a nice young cyclist and asked him about the new road. He said it had been opened a year ago, spose I had better buy a new map then if I am going to walk in this area again.

The tarmac path went around the perimeter of a housing estate, I think it must be popular with dog walkers because I saw several piles of poo with a flag stuck in them. Very strange, I've never seen this before. I could do with some of those flags, we have people who don't pick up. Wonder where I can get them from. 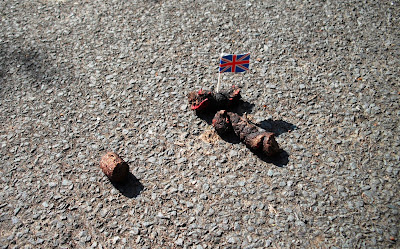 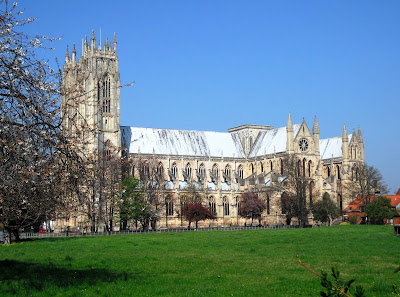 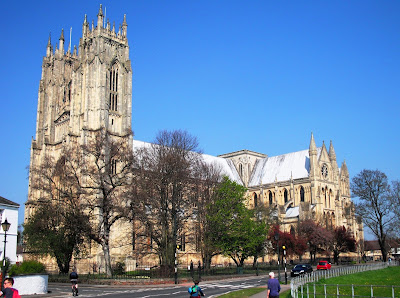 A little bimble around the inside. In April 2012 I was here before. On that post I put photo's of some textile artworks which were on display, they are still there. If you want to see the pics they are here. It was the last day of a long walk. 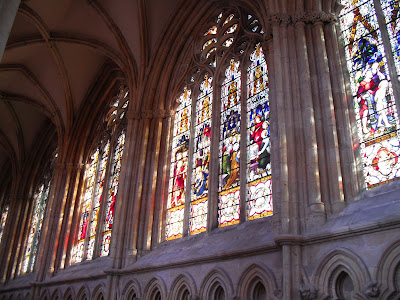 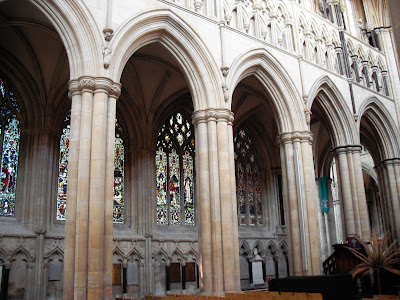 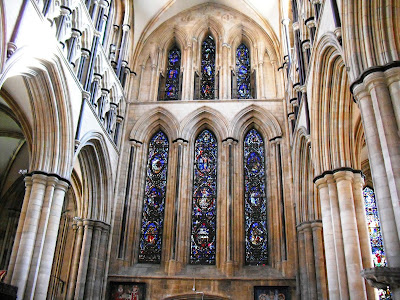 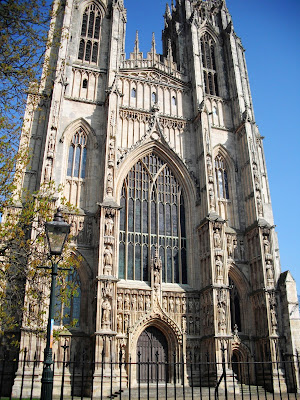 On my way again. I went along Keldgate Road through Westwood, which is a large green area that people use for recreational activities. Once over the A1079 I did a left turn down a track heading back in the same direction as I had come, down Moor Lane towards Folly Wood. I never get fed up of country rambles, beautiful. 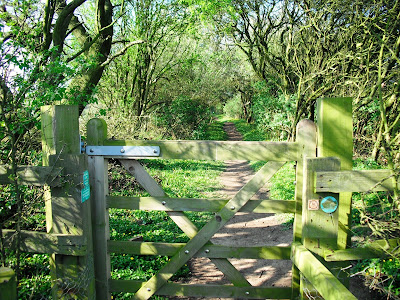 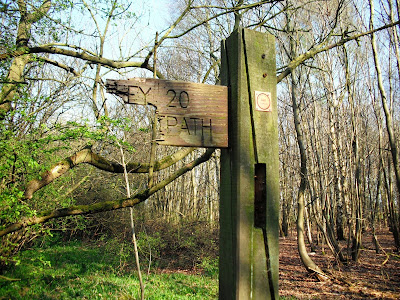 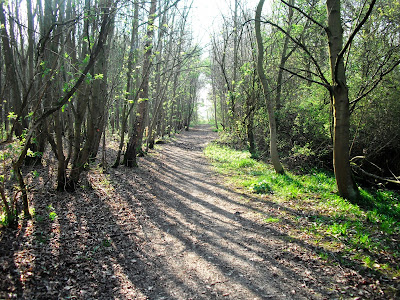 Back in Skidby, I sat on the bench for ten minutes and finished my sandwich. What a fabulous tree. There is a lot of blossom out at this time of year, pity it falls off so quickly. 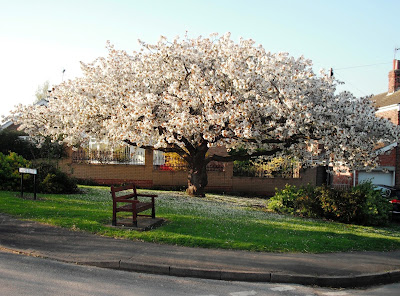 All in all, a good days walking, It was hot and I wore a skirt. Everyone was out enjoying the sun. Total walked as checked on bikehike.co.uk was 11 miles.

Now to relax. I'm having trouble getting Mayze in, no point in chasing her around the garden, I have to wait until she wants to come in by herself. I pretend to shut her out, then when she hears the back door opening she comes running. Little madam.

Thanks for popping in, we'll catch up soon.
Toodle pip
Posted by Meanqueen at 21:23