The Knitting and Stitching Show

It's only half past eight and I am yawning, it's been a long day. I've been to the Knitting and Stitching Show at Harrogate Convention Centre with two friends, Carol and Lynn. It's a massive show, such a lot to see. We got there about 9.45am, and managed to find a parking space even though the town was chocablock with cars. Today is the first day of a four day event. We all took a packup so we didn't have to buy any food. 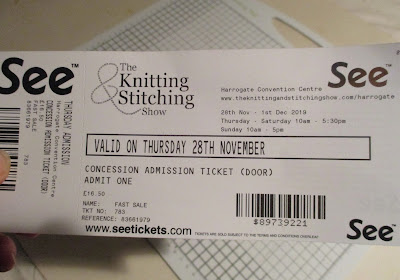 There was a very friendly young man just as you go into the first hall, standing on his pitch, selling tote bags and programmes. He didn't seem to mind that I didn't want to buy anything. 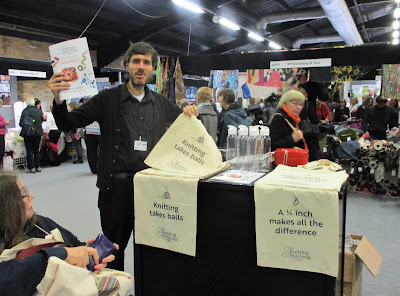 I've edited this to add another picture. Couldn't decide which one to chose, this one shows his smiley face. We had a laugh, he was good fun. And, he has just commented on this post. 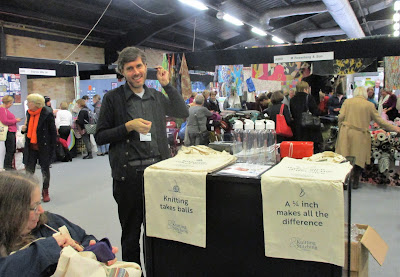 We split up, Carol went off on her own and Lynn and I browsed the stalls together. We met up again at 12.45pm for lunch. They had opened up the theatre with extra tables set out for people to sit down. Some of the halls were heaving with people, it was a battle to get through the crowds sometimes. 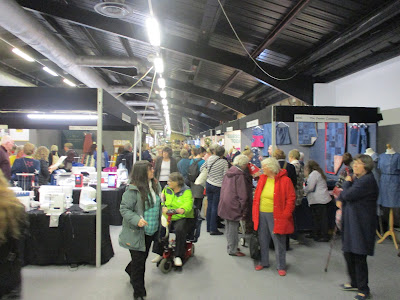 After lunch we split up again and each did our own thing, arranging to meet at 4pm. There were stalls selling everything you could think of. 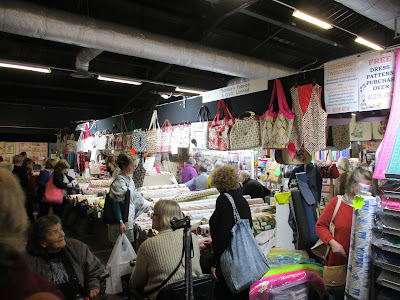 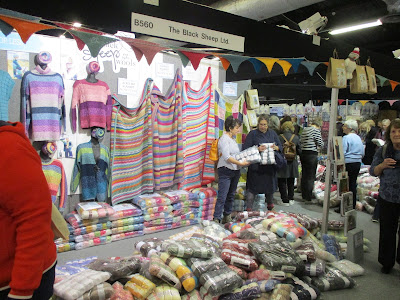 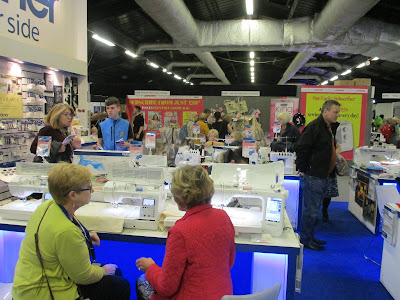 After a while every visitor seemed to be carrying bulky bags stuffed full of goodies. I've got lots of photo's which I will put on here over the next few days.
We'll catch up later.  ilona