I got off the boat at Tarbert at 11.30am, and went to the CalMac office to buy a ticket to travel to the Uists. I was planning to go over on the Sunday and come back on the Wednesday, but because they didn't have room for me I changed it to Saturday and Tuesday. Then I set off  to drive north. I had two nights booked at a B & B at Stornoway, but didn't need to check in till later.
Although it was a bit overcast and misty there was still some nice scenery to view. I find the most difficult part about driving through Scotland is the confusing road signs. They are in Gaelic with a smaller English translation below. It's hard to make a quick decision on which turn off to take. Several times I had to stop, turn around and go back because I had missed a turn. 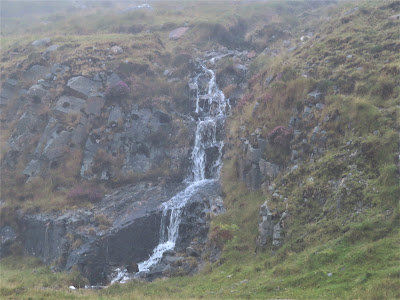 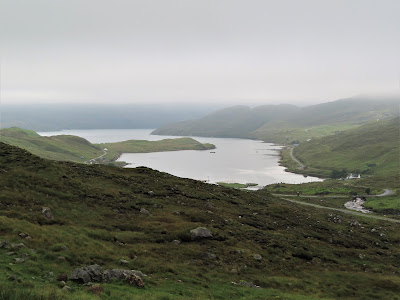 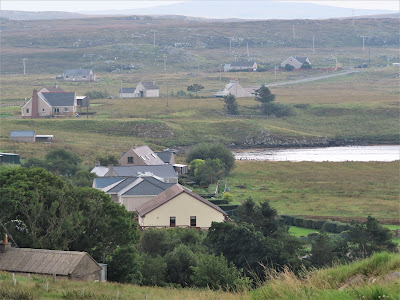 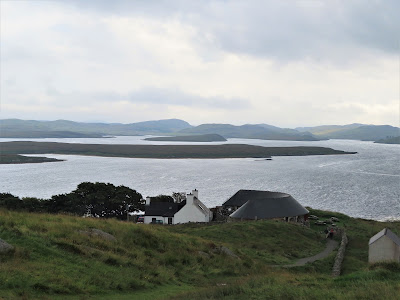 Here is some information about the Stones. Apparently they have been there for over 5000 years. It's a popular visitor attraction. 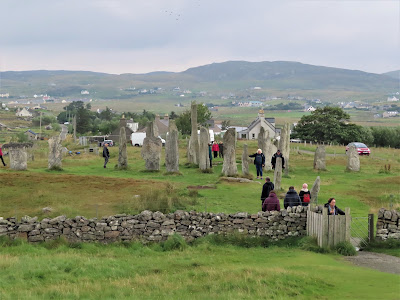 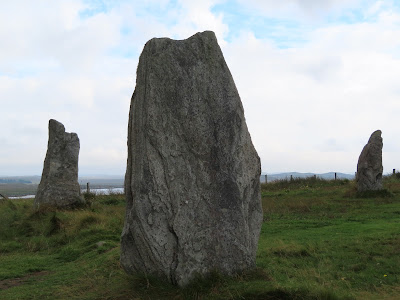 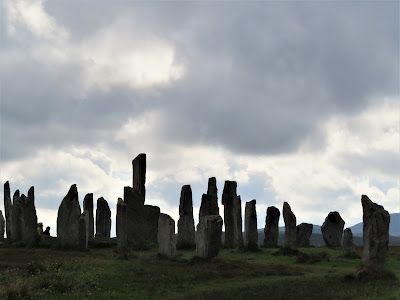 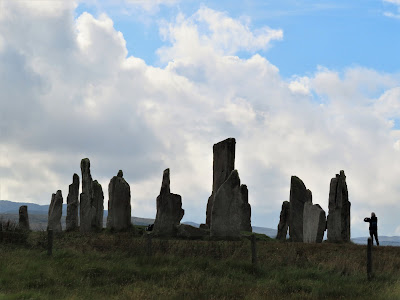 I was ready for a walk, so when I had inspected the stones I went off down a quiet road nearby for an hour.
I arrived at the Tower Guest House in Stornoway at about 5.30pm, and checked in. The landlady greeted me at the door wearing a mask. I apologised that I had forgotten to cover my face. She said don't worry, I have got mine on. We walked straight through the house, out of the back door, and into the garden, where she unlocked a door in an separate outhouse which could have been a converted garage. It was a lovely room.
She said that she would be bringing my breakfast to me on a tray. I was a bit disappointed at this because from the pictures on the web site I was quite looking forward to sitting in a dining room full of olde worlde character. 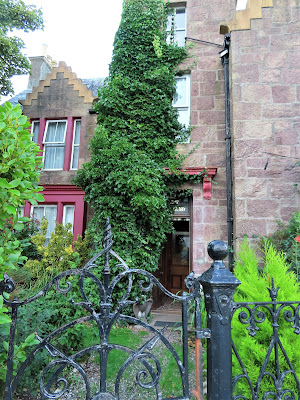 The view from my window. Note the shopping trolley, Tesco is not far away. My car was parked on the road just outside the back gate. I expressed concern that it was on double yellow lines and I didn't want to get a ticket. She said don't worry it will be alright, we don't have traffic wardens here. 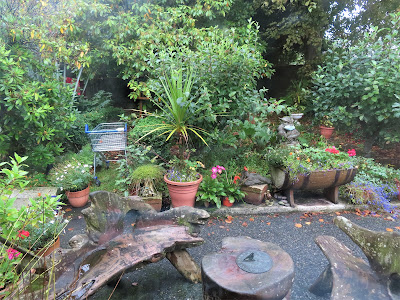 After I had a bite to eat it was still light so I went a walk into town and to look at the Ferry terminal. I'll post some photo's of that tomorrow. If you want to make the pictures bigger, click on one of them and you will get a slide show.
Thanks for popping in. Catch ya later. Toodle pip.   ilona
Posted by Meanqueen at 17:38