Although I always imagined I was a free spirit, and in control of my own destiny, it is only now that I realise that couldn't have been further from the truth. I went to school for ten years from age five to fifteen, because we had to or mum would have got into trouble. I started work at the age of fifteen because mum couldn't afford to send me to further education, and I wasn't bright enough. Mum also needed my contribution to the family finances so I had to earn some money.

At the age of eighteen I left home and got a flat because I wanted my freedom and independance. But I didn't really have my freedom because I had to work to pay my rent and feed and cloth myself. I met a man and nearly got married but turned him down because I didn't want to be tied down, so I suppose I was trying to cling on to what bit of freedom I had.
I moved around a bit living in different places, I had a little bit of freedom then but still had to find work to pay my way. I was tied to my sense of responsibility for providing for myself. There was no choice, I had to work.
Then I became a lorry driver and my freedom went right out of the window. I was a total slave to the job, working all hours, staying out overnight, never knowing when I would be going home. By this time I had bought my first house, the thought of being tied to a mortgage terrified me, I couldn't just up sticks and go, I had more responsibilities. Now I was a slave to my bank balance, bills started coming through the door, all these people were after my money, now I was also a slave to the utility companies. I felt totally bogged down, where had my freedom gone? When would I ever get off this treadmill?
Several years later I met a man who promised me the earth. He said he wanted to be with me forever, we would be a couple. I moved house to be nearer to him and was waiting for him to make a move so we could live together. Three years later we were no further on, and no wonder, he was a control freak and I was his slave. People said I had changed, my personality had shrunk to nothing, I didn't have one it was gone and I became quiet and withdrawn. He was a bully, he wanted total control over me and I let him. It was three years of hell, but I didn't see it at the time, love is blind.
Eventually I saw sense and ended the relationship, but he had destroyed my confidence. Slowly I got over it, well you have to don't you, it's either sink or swim, and I swam right to the other end of the pool and got out. I picked up the pieces of my broken heart and put it back together again.
So I made a new life with my pussy cat Bugsybaby. But guess what? Now the tables have turned, the slave I am no longer, now I am the control freak. At last my destiny is in my own hands, never again will anyone tell me what to do. Yes I have a small mortgage, it's easily manageable and I could get rid of it. I have a house that I could sell if I wanted to spend the money, and my pensions are enough to pay for my simple life.
Every morning I wake up and decide what to do. Never again will I be a slave to work, money, or men. Now I am the control freak ;o) 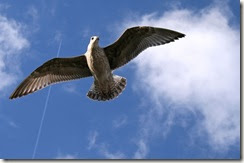