Soup what's good for you

Hello my little bloggerettes, have you had a souper day? Thank you for your recipes, lots of ideas coming into the comments section. Here is my second contribution to the soup recipe list. I have had this packet of soup and broth mix hanging around in my cupboard for a long time. I didn't buy it, someone gave it to me, because they thought they would never get round to using it. It's been in my cupboard for over a year, and it was out of date when it was given to me. It's about time I used it, after all it's only two years out of date, ha ha. Yep, November 2012. To buy it now it would cost £1.15
I followed the instructions on the packet, soak overnight, drain and rinse. Add it to a pan of boiling water, I used half the packet, and boil for 10 minutes, then simmer for 35 minutes. While all this was going on I prepared two large potatoes and one onion, and added them to the pan. Also one teaspoon of curry powder and a teaspoon of turmeric, and a shake of black pepper. The smell of curry filled the kitchen. 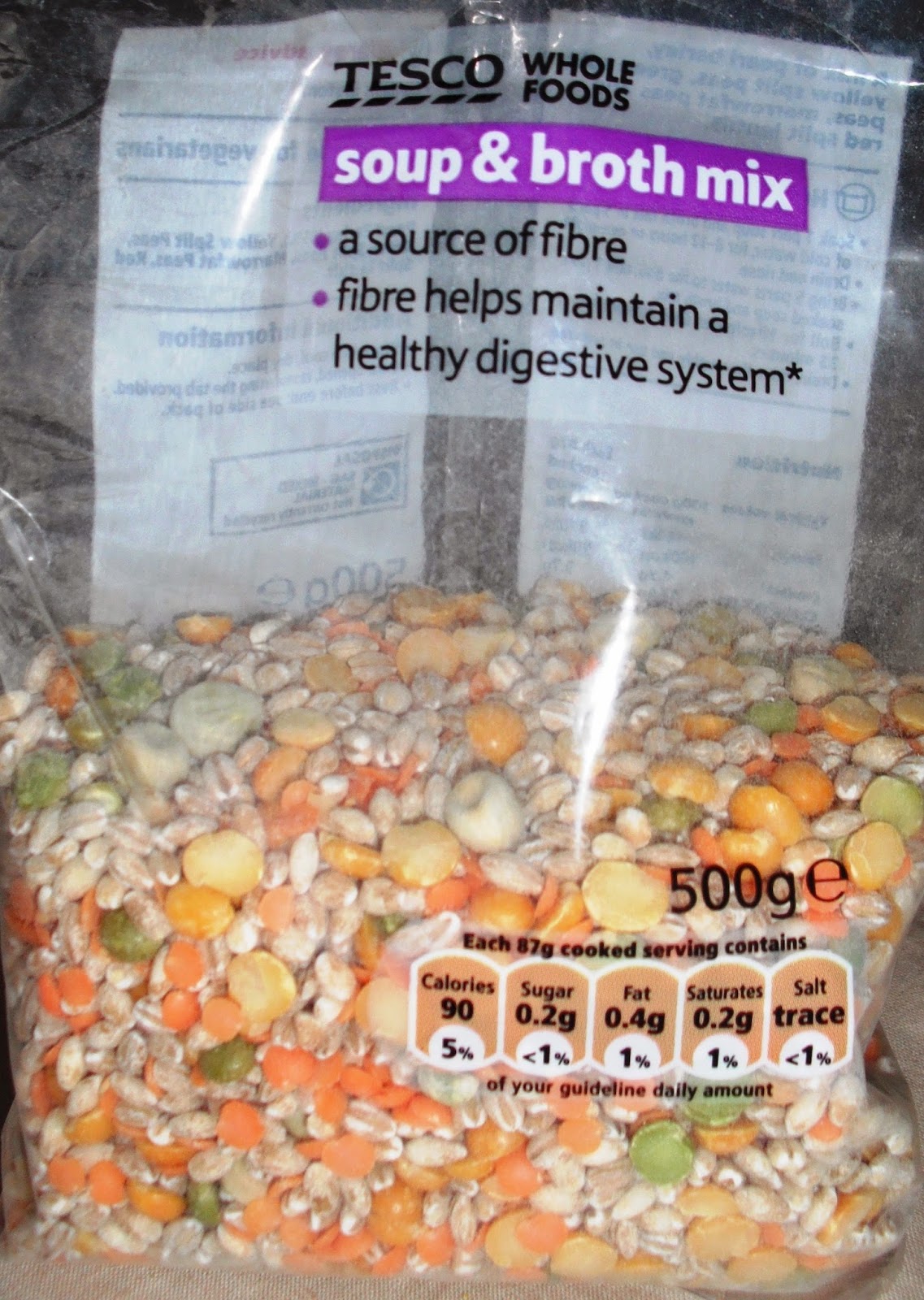 Here it is nicely stewed, I could have eaten it like this. I then turned the gas off and let it cool down. I went out for the afternoon, and when I came back I transferred it to not a none stick pan, and zapped it with the stick blender. There was a lot of it, I had to use a big pan. 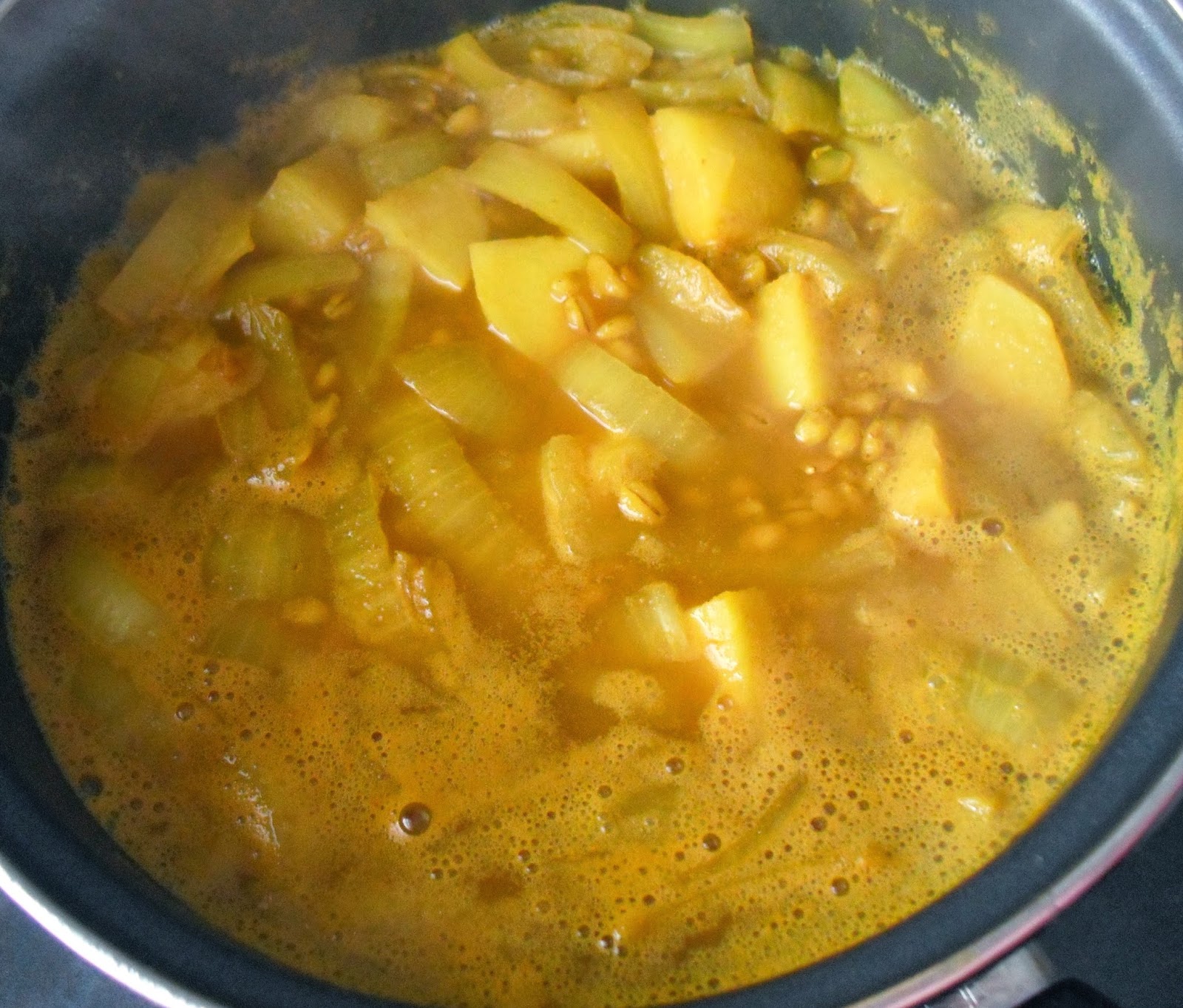 I decanted some into a bowl and microwaved it for my dinner. I wasn't too impressed with the bland taste, it was missing something, so I added some grated cheese and garlic powder. Stirred it in and microwaved again. That was much better. Very tasty. After I had eaten it I then added some garlic powder to what was left in the pan, also two teaspoons of veg gravy granules. I gave it a stir and refilled the bowl for tomorrows lunch, and filled three margarine tubs for the freezer. So, five large portions of soup for less than £1. 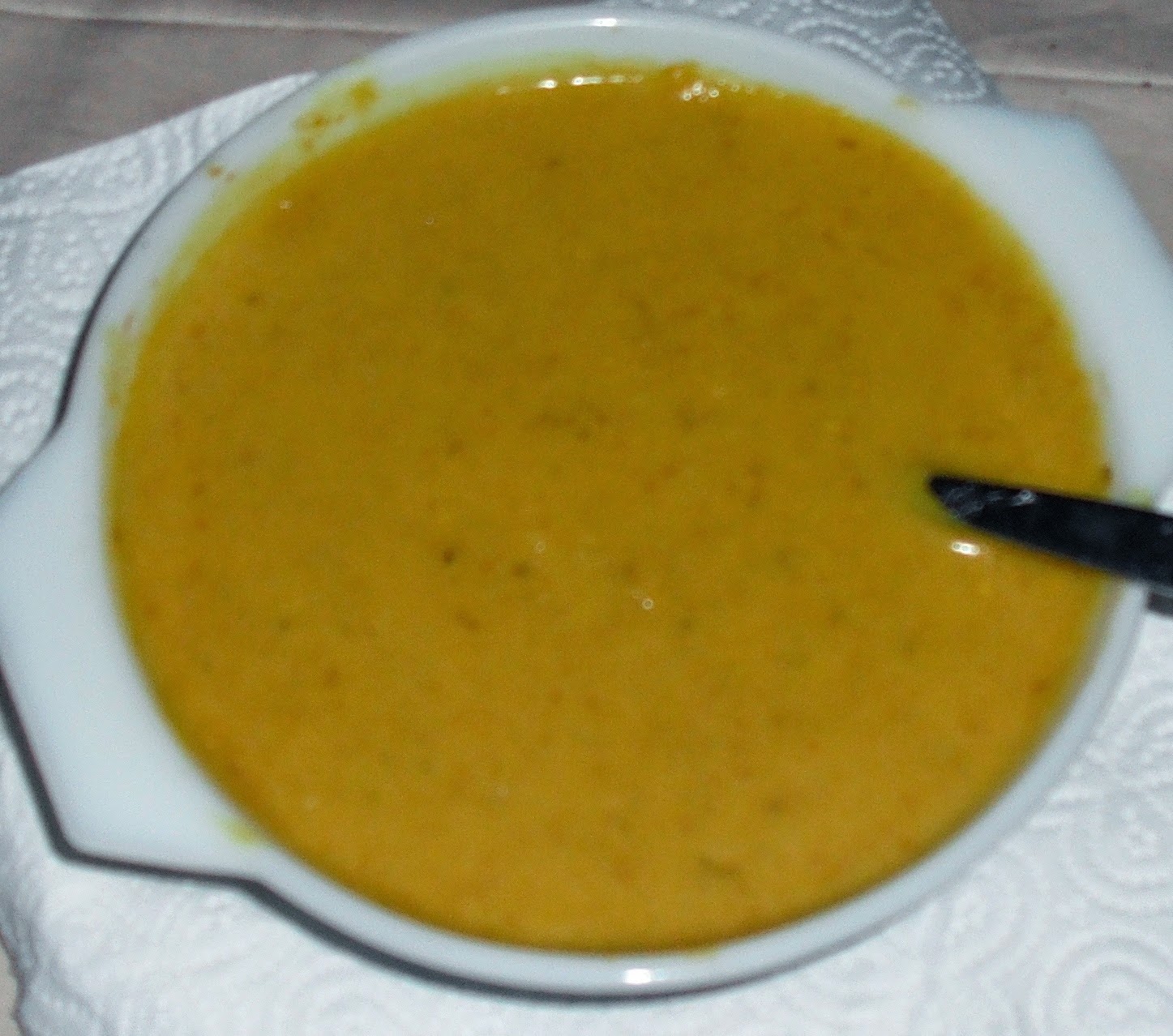 This afternoon I went to help Helen at the rental house. She had described the state of it to me, and I saw the photo's, but the full extent of the horror of it became apparent when she took the carpets up. It looked like the tenants had been walking around the house in filthy dirty work boots, but worse was the smell of cat pee. They had had four cats in there and let them pee wherever they liked, don't think they have heard of litter boxes. The smell was horrendous, there was rat and mice droppings, it looks like they had kept birds as well, bird seed and droppings in the garage and shed. How can people live like that. Oh the joys of being a landlord. The tenants were evicted because it stated clearly in the agreement that no pets were allowed. The gardens are not too bad, I did the front one this afternoon. Will go back next week and tidy the back one.
On the way home I called in at the smaller Asda in town. We have a big one out of town but I never go there, it's too far out. I'm glad I stopped to have a look. Two 500grm bags of brussel sprouts 33p each. A bag of parsnips 22p. Tub of potato salad 18p. And I bought a small carton of milk, mainly for the cats but I might use a drop myself. £1.55 spent. 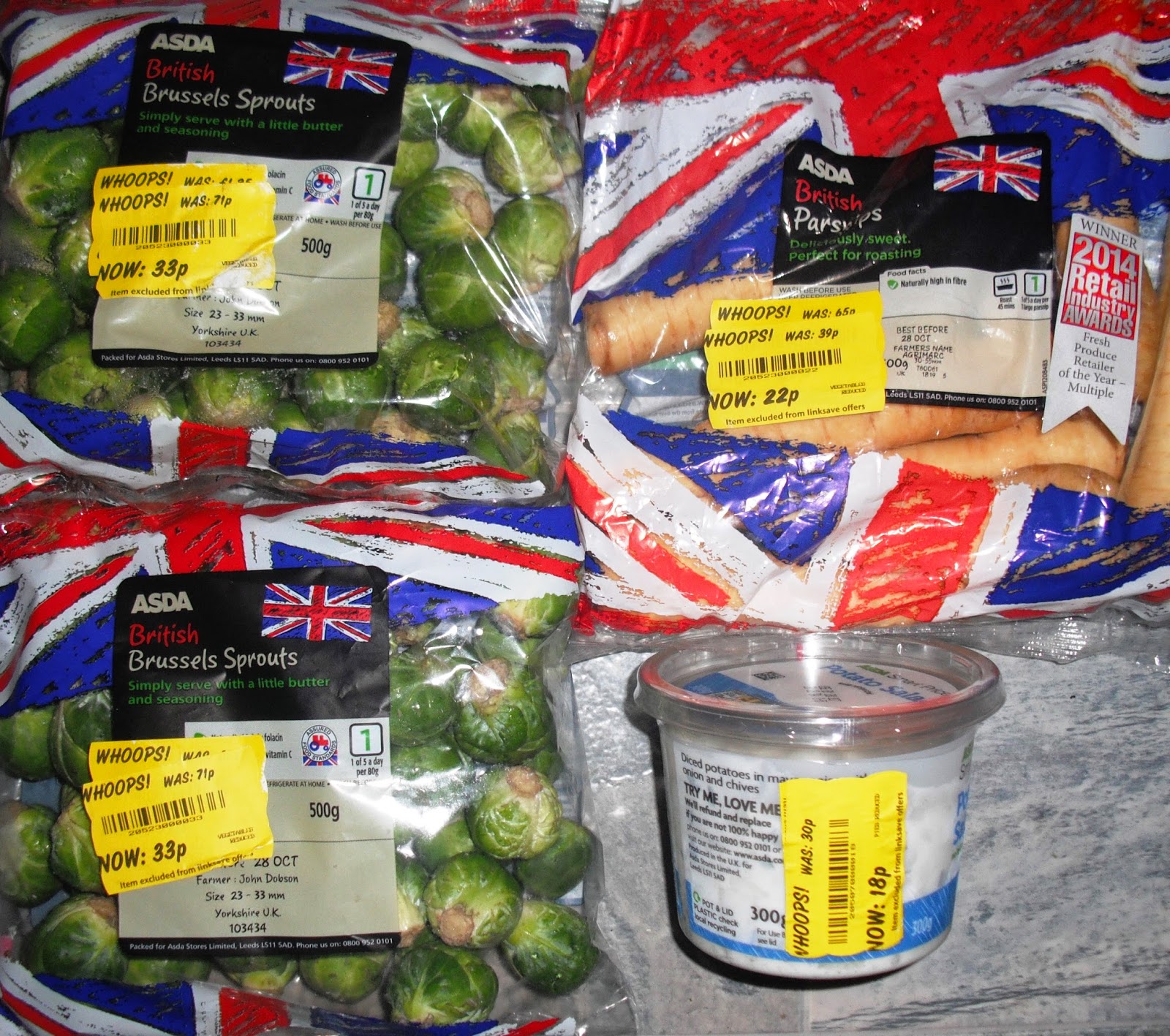 I think I have an idea for tomorrows soup, erm....Sprout and parsnip, ha ha.
That's me done for tonight. I have got a lovely clean bedroom with clean bedding to get into, heaven. I love my bed. Sleep tight.
Toodle pip.
Posted by Meanqueen at 22:06