A bimble around some gardens

Hello. Some of the gardens were open again yesterday so I was able to visit three of them. They were in the centre of the village so not far to walk to them. I had planned to call in while on my regular three mile walk, but they were so interesting, and I got carried away chatting to some more people who were visiting them. Then it was dinner time so I had to go home and start the walk again at 8pm.
The first one was the Doctors house, he is retired now. I wandered around and his wife came out to tell me a bit about the house and garden. It was a big house in a huge garden. There are several out buildings and it was all immaculate. The pond in the corner of the lawn. 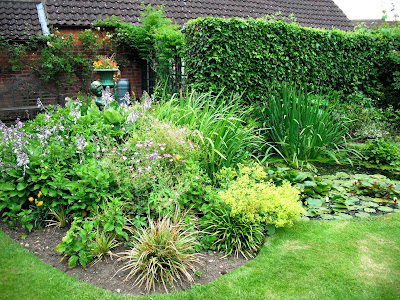 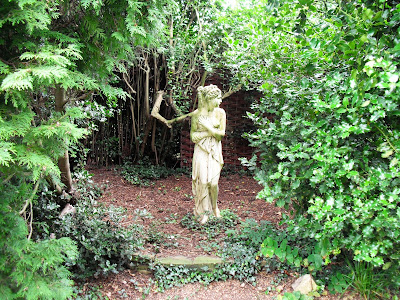 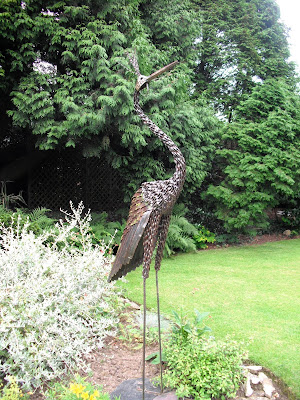 A patio to sit outside. 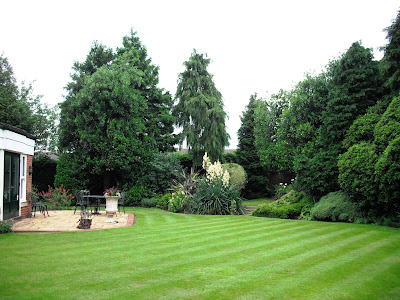 They have chickens. They had stripped the raspberries off the lower part of the bushes so I threw a few over the fence to them. 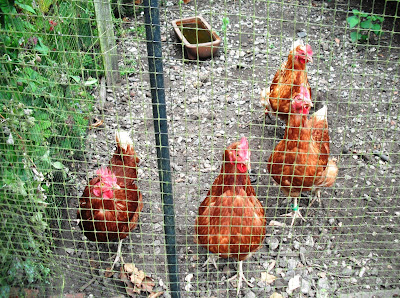 A couple of random pictures, then my battery ran out. 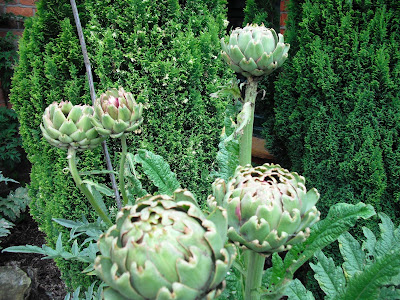 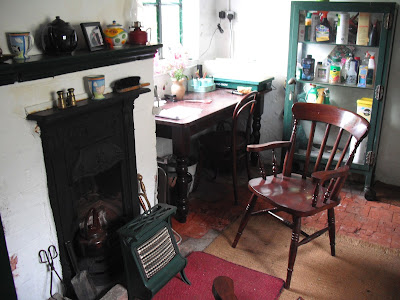 Then I went to see a hidden cottage garden. It was a tiny house and the garden was beautiful. The 95 year old owner was so proud to show me around. Lots of nooks and crannies, twisty paths leading to secret alcoves with seating, terraced borders packed full of  colourful plants and flowers. I loved it.

The third garden was behind a house on the High street. Other people were visiting as well. You wouldn't think that the garden would be any size at all by the look of the front of it, but it stretched way back, it was massive. The house is very old and the owner is researching it's history while he works on the garden. He has removed some of the outbuildings and there are piles of bricks everywhere. It used to be a butchers shop at the front, with a slaughter house at the back. He has a few years of work to do on it.

It was a lovely afternoon, chatting to people, a nice friendly village atmosphere. Everyone was in agreement that it is a lovely place to live.

I shall be going walkabout soon, found a B & B at Settle in North Yorkshire. It's an area I have passed through a couple of times, lots of good walking country, lots more to explore. I am planning on a ride on the Carlisle - Settle railway, always wanted to do that. The scenery is stunning.

Right, it's nearly 8.30pm and I'm off out for an hour, so I'll leave you to it. Thanks for popping in, we'll catch up soon.
Toodle pip