Hello. A glorious day today for walking, and another 13 miles to add to the total. I had a steady start uphill out of Settle, heading towards Langcliffe. I remembered this view from a previous walk. 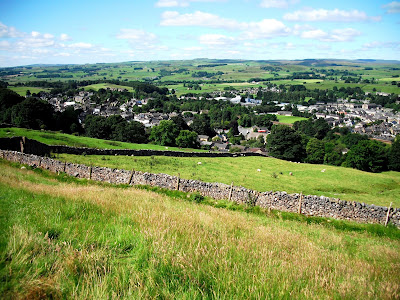 On a bit further and you can see almost the whole of Settle nestling in the valley. 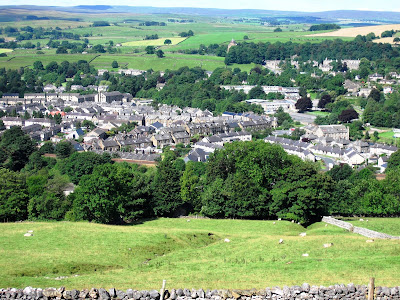 And one last look before I go over the hill. 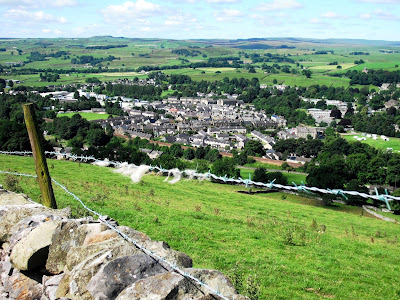 I bypassed Langcliffe and went on to Upper Winskill, The track then took me to Catrigg Force, a waterfall flowing down to Stainforth Beck. The pictures don't do it justice, it was like a fairy grotto with the sun shining down through the trees. 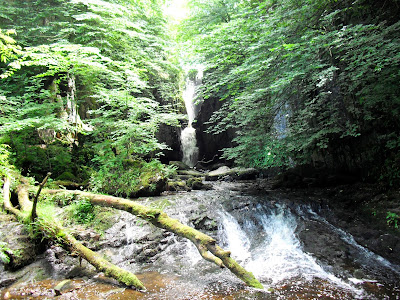 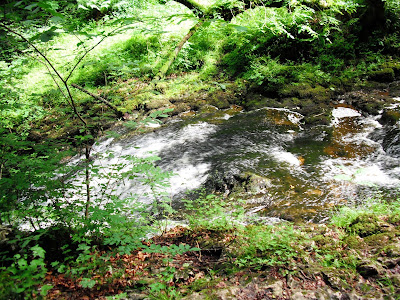 This is where it starts at the top, it's just a stream, but by the time the water plunges over the rocks and crashes down to the bottom, it is very loud. 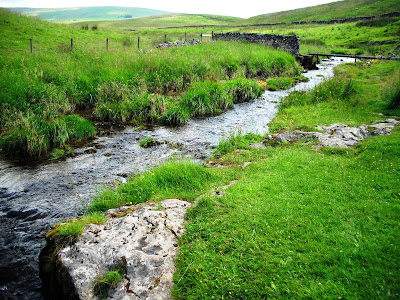 Here it is the water arriving in Stainforth village. I crossed over the stepping stones and sat on a bench for ten minutes. 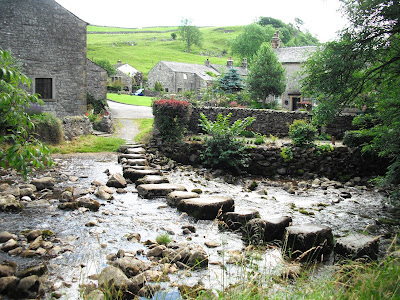 Passing through Stainforth, and Little Stainforth, I headed for Feizor. It was wide open spaces with sleeping sheep all around me. Some of them sensed I was too close and got up to move out of the way. I wish they wouldn't do that, I can easily walk round them. I came across a few other walkers who were making the most of the good weather. This is part of the Dales High Way, a long distance path. 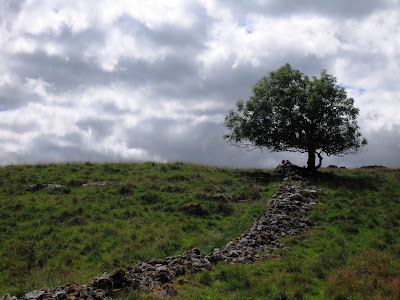 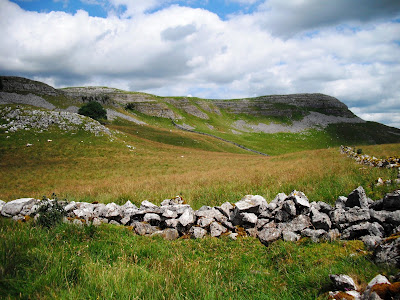 There was a cafe in Feizor which looked very popular. Quite a few motorcycles and cars in the car park, and everyone sat outside eating. I popped in for my favourite Magnum ice cream, then off I went to Austwick. 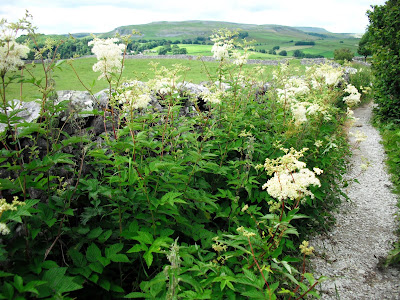 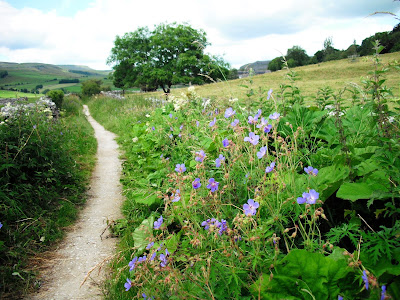 By now it was mid afternoon, time I was heading back, so I followed the road through Lawkland. 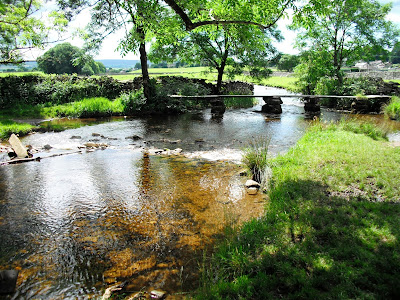 Then carried on along the road to Giggleswick. Three large tractors passed me on the narrow road and I had to get out of the way. They then turned into a field so I stopped to watch for a few minutes. Those machines were fascinating. The first one has two large wheels on the back, like spokes, which turned in a circular motion and gathered the hay into long sausage like piles. 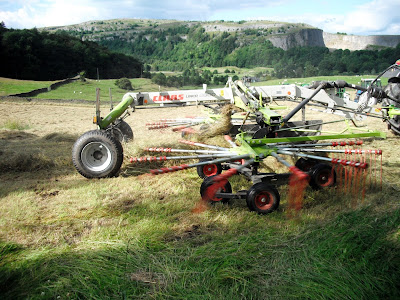 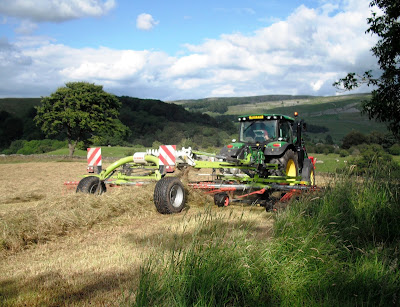 It went all around the edge of the field first. 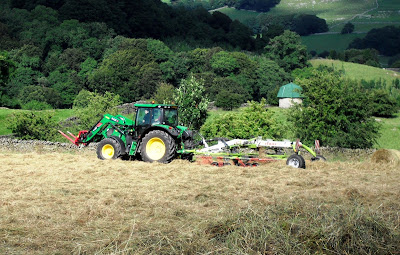 Then the second machine followed it straddling the piles, gathering it up, and dropping it out of the back in a perfect roll covered in a net. 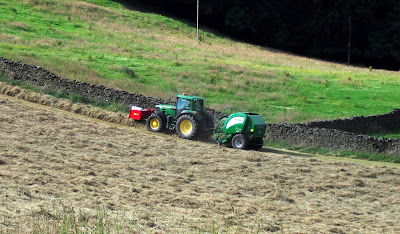 Very clever I thought, I bet they had the whole field done in an hour. 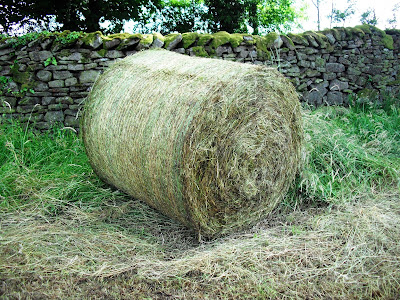 Giggleswick has a big school, with three bronze statues at the front. A good opportunity for a selfie, I thought. Just managed to take it as the battery was running out. 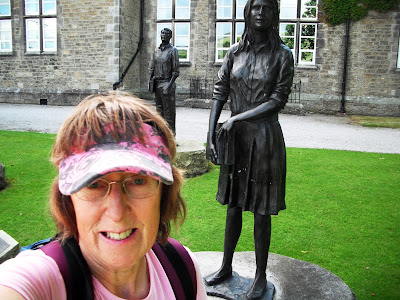 I got back to Settle just after 6pm. This is my last night here, before moving on tomorrow.

It's late, bed time, thanks for popping in, we'll catch up soon.
Toodle pip
Posted by Meanqueen at 22:58