Hello. It's been a hot one today. I had a leisurely start, no need to rush, I'm on holiday. Across the M62, north on the A1, and turn left at Wetherby to Settle. I made a stop on the way at Harewood village, and did a five mile walk which I found in Country Walking magazine. There was a small map and detailed directions which were easy to follow. The route circled the park without actually entering onto the Harewood estate. I didn't go to see the Hall because I walked by it on a previous walk. The first part was a woodland walk. As it is a Sunday there were a lot of people about. It was nice and cool under the shade of the trees. 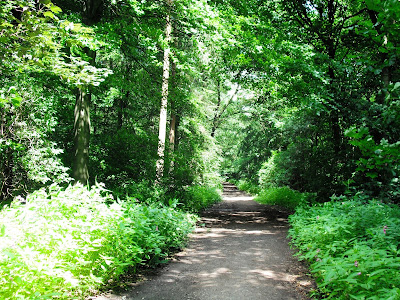 The cows are free to roam and weren't a bit interested in us humans passing by. 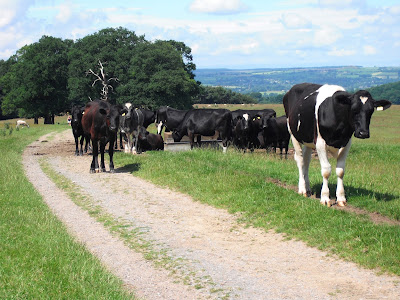 A pond with a weir and an ornate stone bridge was a good spot to picnic. Those huge leaves are like umbrellas. 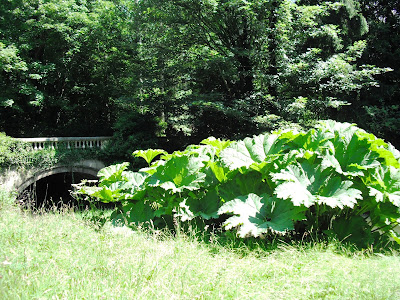 Time for a sit down in the shade for a bite to eat. Home made cheese sandwiches. 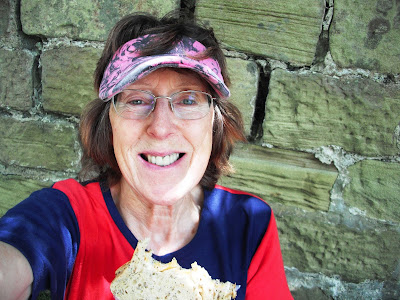 These two lovely ladies are Margaret and Sheila. Never met them before but we had a right good natter. They were sat on a bench and moved up so I could sit down. 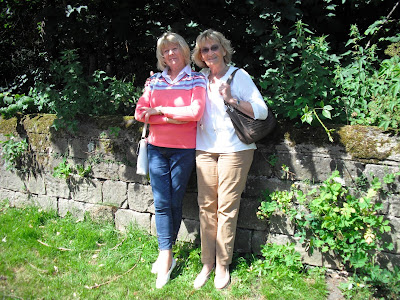 I got back to the car and continued my journey, arriving in Settle at 4.30pm. Once checked into the B & B, I went walkabout to explore a little. The landlady told me of a path up to Castleberg Rock which is directly behind the B & B. It twists and turns up a steep woodland path, opening up to a viewing area at the base of a flag pole. The rock is popular with climbers and two girls were hanging from a rope abseiling down. I could see the whole town from the top, fantastic views. 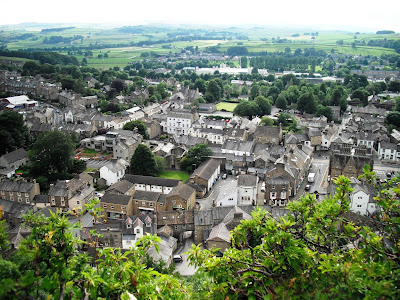 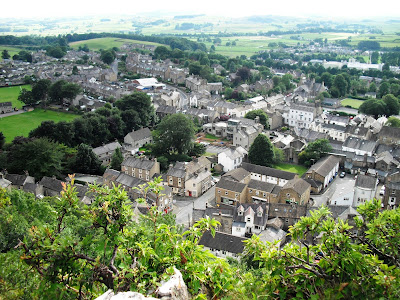 There is a plant pot festival on at the moment in Settle, lots of decorated pots all over the place. Some of them made into figures. It's on until the end of August so still plenty of time to see them if you fancy a visit. 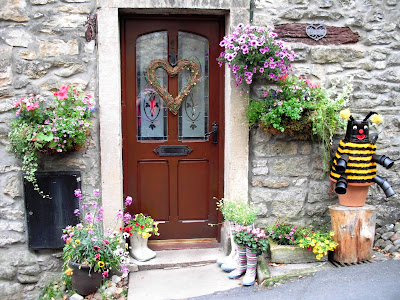 There are lots of cobbled streets and hidden narrow allyways. 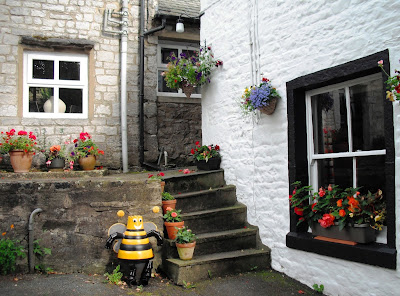 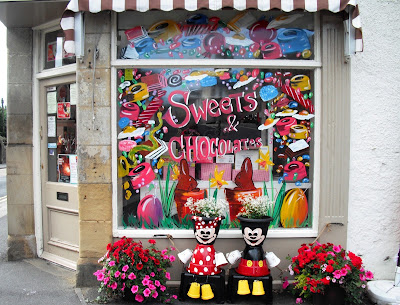 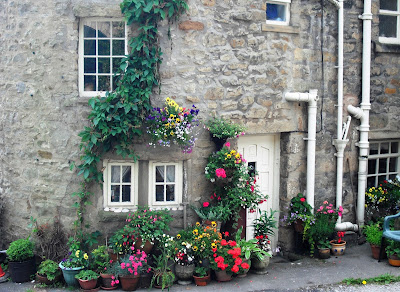 These models were outside a shop which was closed. Brave to leave them out all night I thought. 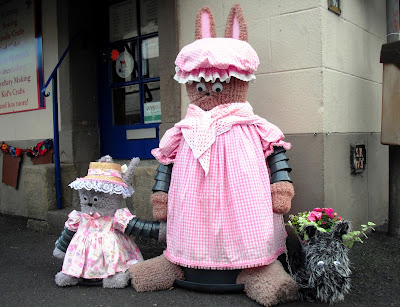 Who would have thought that you could make a giant spider out of pots. It was on the side of a house, quite high up. 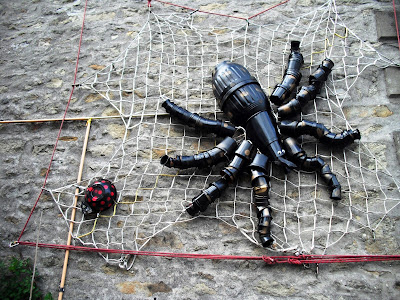 Now it's time to plan a route for tomorrow with the maps, so I'll sign off now. Thanks for popping in, we'll catch up soon.
Toodle pip
Posted by Meanqueen at 22:23