Something borrowed, something a bit blue.

This is something I saw a couple of months ago at the Embroiders Guild exhibition. A pebble covered in felt and embroidery. I thought I would borrow the idea and have a go at making something similar. 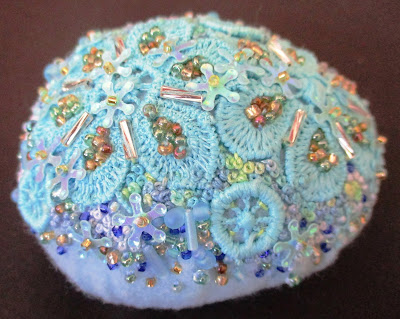 This is my version. I have covered small rings with thread and filled them in, used sequins and beads, and added lots of French knots. 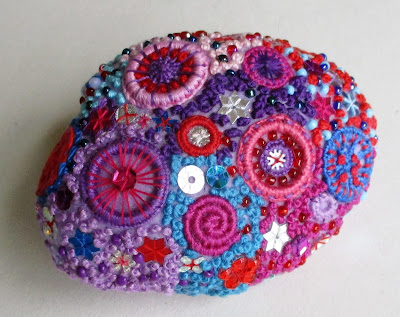 Oooops, can see some cat hairs on this close up. 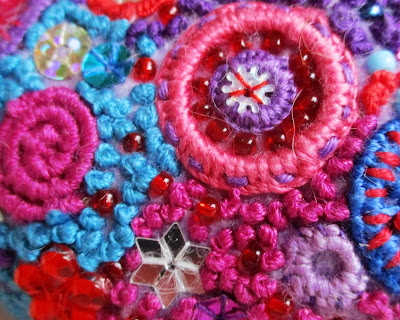 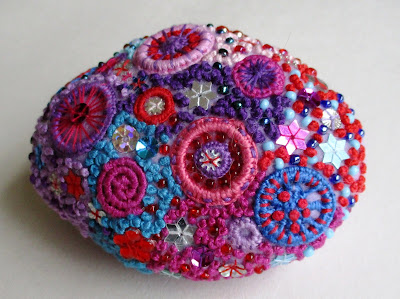 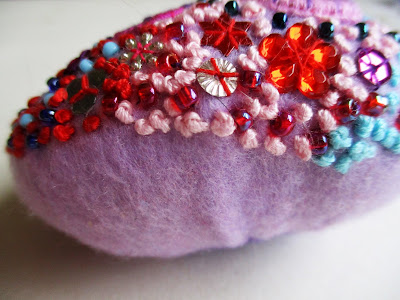 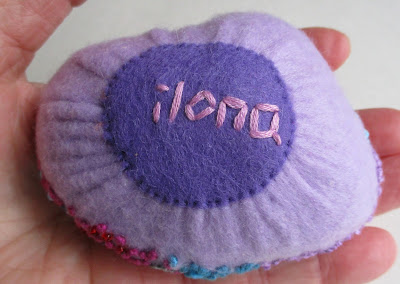 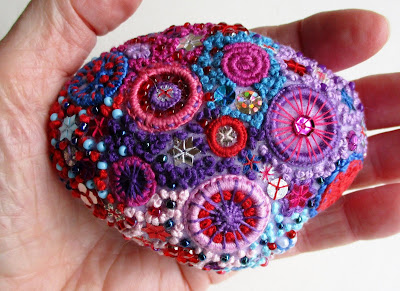 I'm pleased with how it has turned out. Breakfast next, then off to Crafty Club, after I have walked Bailey poodle, then coffee with Angela. Busy Monday.   ilona

PS. Edit, how I did it.
Find a suitable stone, roundish, flatish, no sharp edges.
Choose a piece of felt in the colour you like. Not too thick as it has to mould itself to the shape of the stone. It needs to be bigger than the stone, to wrap around it, almost meeting at the back.
Collect small bits and bobs that you want to include. Sew on the biggest first, keep checking that you have positioned them in the right place by placing the felt over the stone and scrunching it up at the back.
Then carry on adding smaller bits, sequins, beads, or whatever. You might like to do different embroidery stitches. I filled in the gaps with French knots. Cover as much of it as you want to.
When it is how you want it, put the stone in the centre of the felt, trim up the edges, do running stitches around the edge, and pull the thread to gather it tight. Manipulate the gathers with your fingers to flatten them, lace up the centre, stitching across the gap in all directions. Add a small circle of felt to cover the stitching. Easy peasy, have a go.
Posted by Meanqueen at 06:54