.....this is all you are getting on this blog, just a taste. I took my camera out with me last night to take a few snaps of the decorations that people have put up. This one has gone over the top, all the windows have lights in them. It has the WOW factor as you approach it. 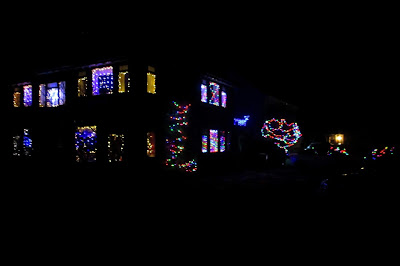 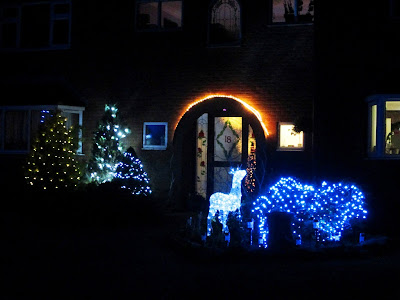 Some people must have had to climb ladders to reach up high to the roof. 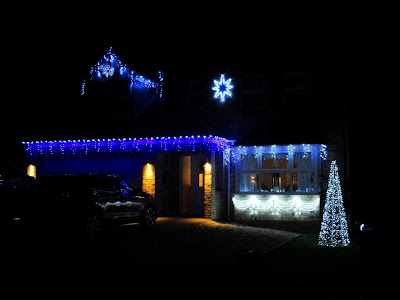 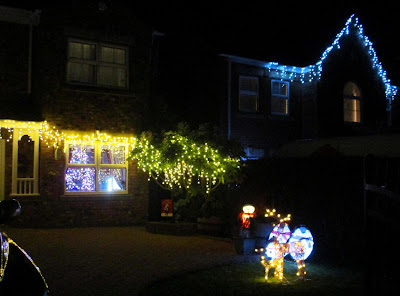 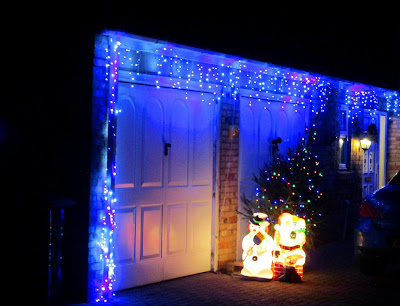 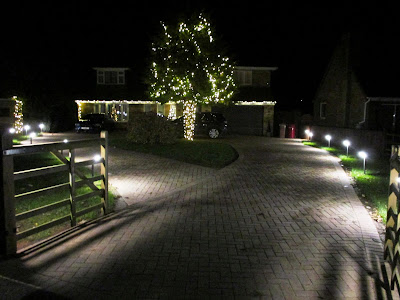 This looks welcoming, come on in and have a mince pie. 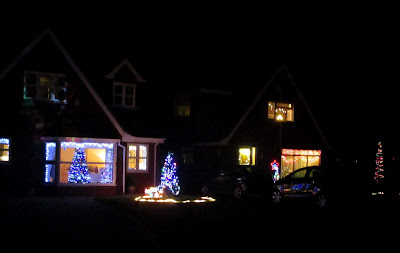 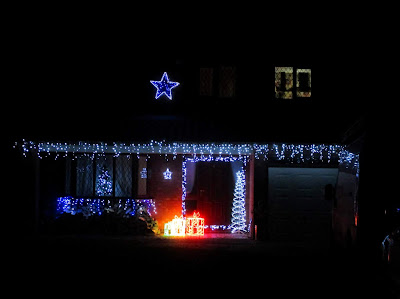 Some have gone to town smothering bushes and trees in their front garden with millions of lights. 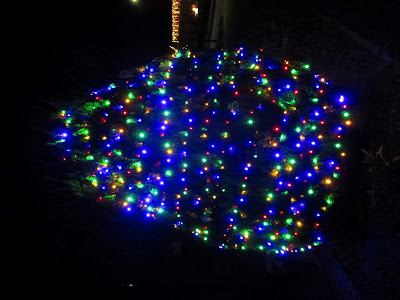 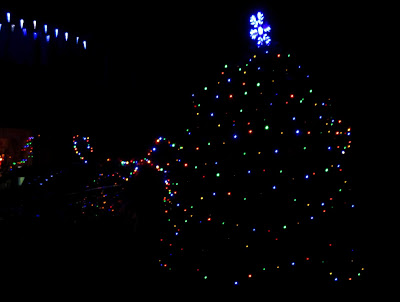 And this is the star of the show, it appears every year. Mind you, last year it was vandalized and the owners said they were in two minds whether to put it up again. Pleased they have, it looks lovely, I bet the children like it. This year it has a new addition, a singing dancing Santa. 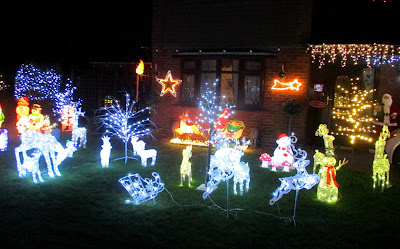 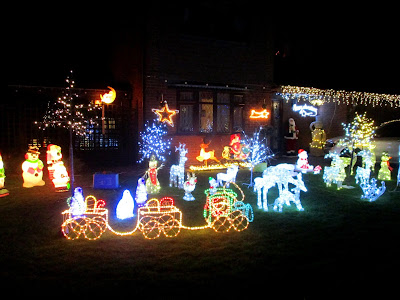 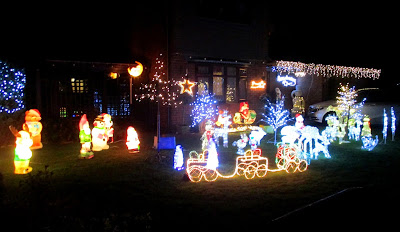 A random snap because I felt like it. Tree overhanging the footpath, looks like it has snow on it, but that's the flash lighting up the branches. 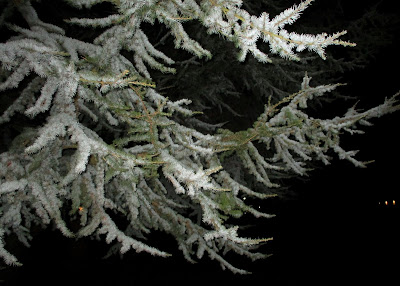 So that's my three mile walk in the dark. Something nice to look at while I am plodding along. I've just totted up my miles, 18 days left, and 47 left to do. It's looking doable.   ilona
Posted by Meanqueen at 11:04