Heidi's poos are puke inducing if not removed from the litter box pretty soon after she dispatches them. In the time it takes for her to cover them the obnoxious smell has drifted throughout the house. Some means of masking the pong with another fragrance would help, so I bought this reed diffuser kit. It was £3 from Dunelm. They have got a good selection in there, I chose a cheaper one
In the box is a slimline bottle of perfumed oil, and on the outside are seven reeds. I had visions of the bottle getting knocked over or just falling over. What it needs is a wider base.
I have a few of these round mayo jars, washed and put in the cupboard in case they might come in useful. Put the slim bottle inside, and pack the space out with an unraveled body scrub, luckily it is a lavender colour. Then I got six beads and threaded them on wire and pushed them into the top to keep the body scrub in place.
Perfect, a more solid, heavier base which shouldn't topple over. If you wanted to do this you could fill out the space with sand, shredded fabric, buttons, beads, wool, or anything else which might look decorative. 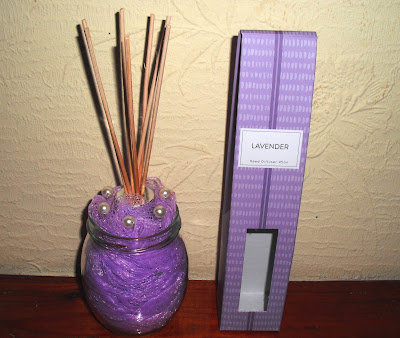 I had a look in at the Cash and Carry on the way to town. Found a few things. Mini oatcakes, made in Orkney, 20p a packet. 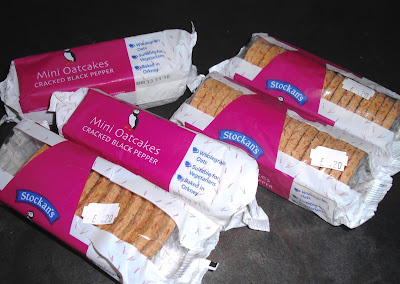 This is something to add to soups and stews, sauces, rice, pasta, gravy, and any meals. I've just opened it, its in granule form and smells nice. Worth a try at 20p. 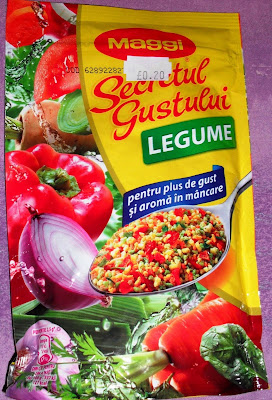 Two boxes of granola, 60p each. I put a spoon of this in my mini chopper with the nuts and seeds, to bulk it out a bit. These two boxes will last ages. 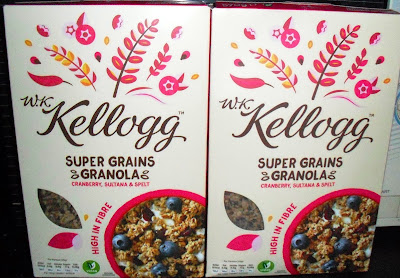 It's very windy and freezing cold today. I've been out for my walk, in case I don't get chance later if it deteriorates further. I've brought a big jacket which is thick and heavy, with a furry hood, out of the wardrobe. I need extra protection from the bitterly cold wind. The weather changes from day to day, it was sunny yesterday. Oscar is snoozing on his chair, Heidi is on top of the microwave, have no idea why she likes it there, and Mayze has burrowed her way under the top cover on the bed. I'm doing some arty stuff.  ilona