All you need is soup

Well here we go again, more soup, I bet you are getting sick of it. Never mind, only one more to go. Tonight I have chucked in a few vegetables. One medium size onion. A few sprouts. One and a half parsnips. The last few florets of the fancy cauliflower. And a few spinach leaves, not shown on the photo because I put them in at the end. Then I added a shake of black pepper, a shake of garlic powder, a shake of mixed spices, some Rustic Ratatouille mix, and a squirt of tomato ketchup. 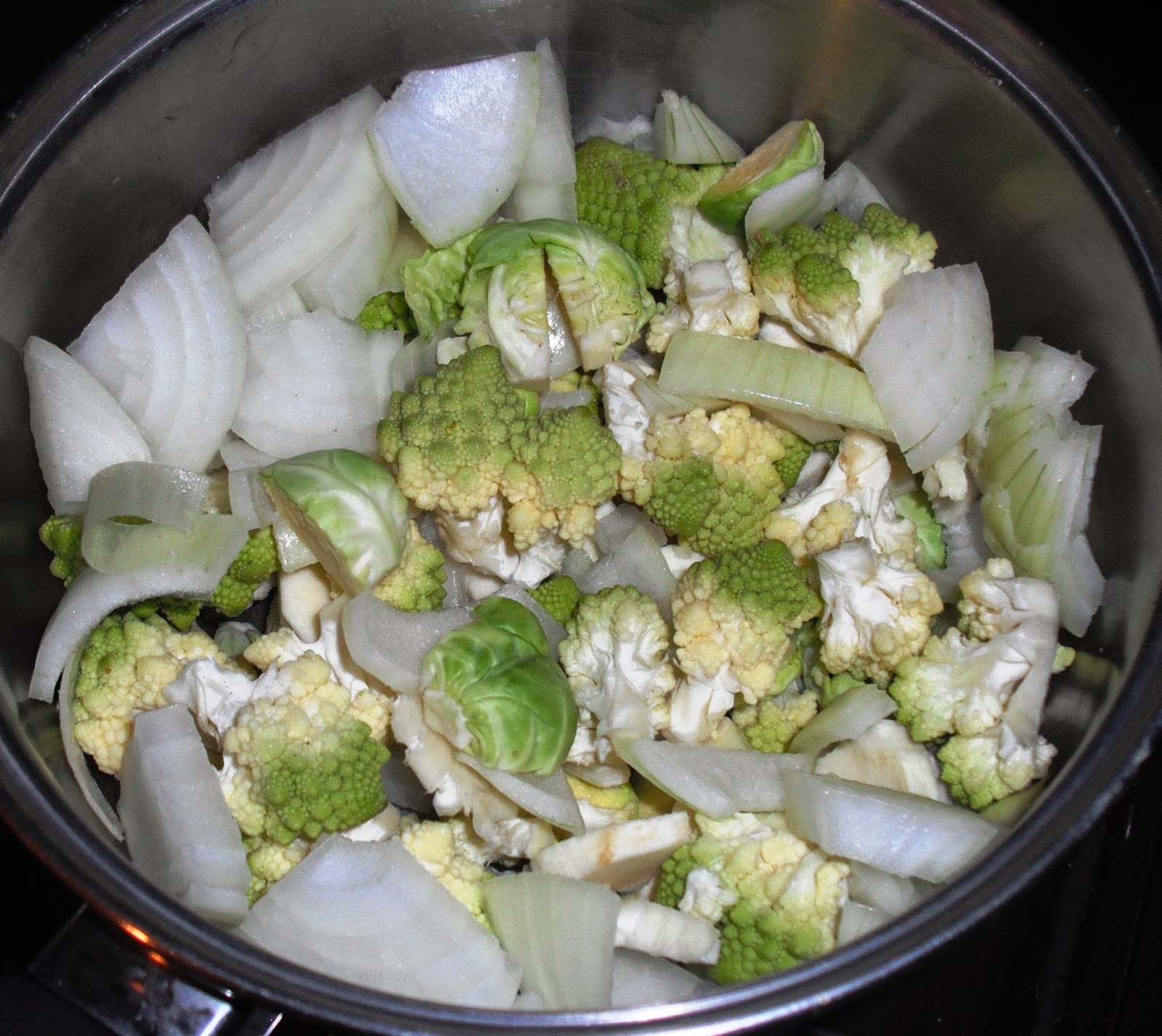 Again I zapped it with the blender and added some plain yogurt. I could have eaten it as a stew as it looked rather nice. I didn't take a photo, the finished soup was the same colour as last nights. Taste wise it was quite nice, perhaps a bit too much tomato sauce, but you know me, nothing gets thrown away here, everything is eaten.

Another little experiment with the blender. I've had these pineapple pieces in the cupboard for a while, bought them when they didn't have any peaches. Since then I have bought peaches and the pineapple has sort of been ignored, until today, so, I've whipped them up to make a fruit juice drink. Diluted with water to double the volume, and at 35p it's cheaper than buying a carton of juice. 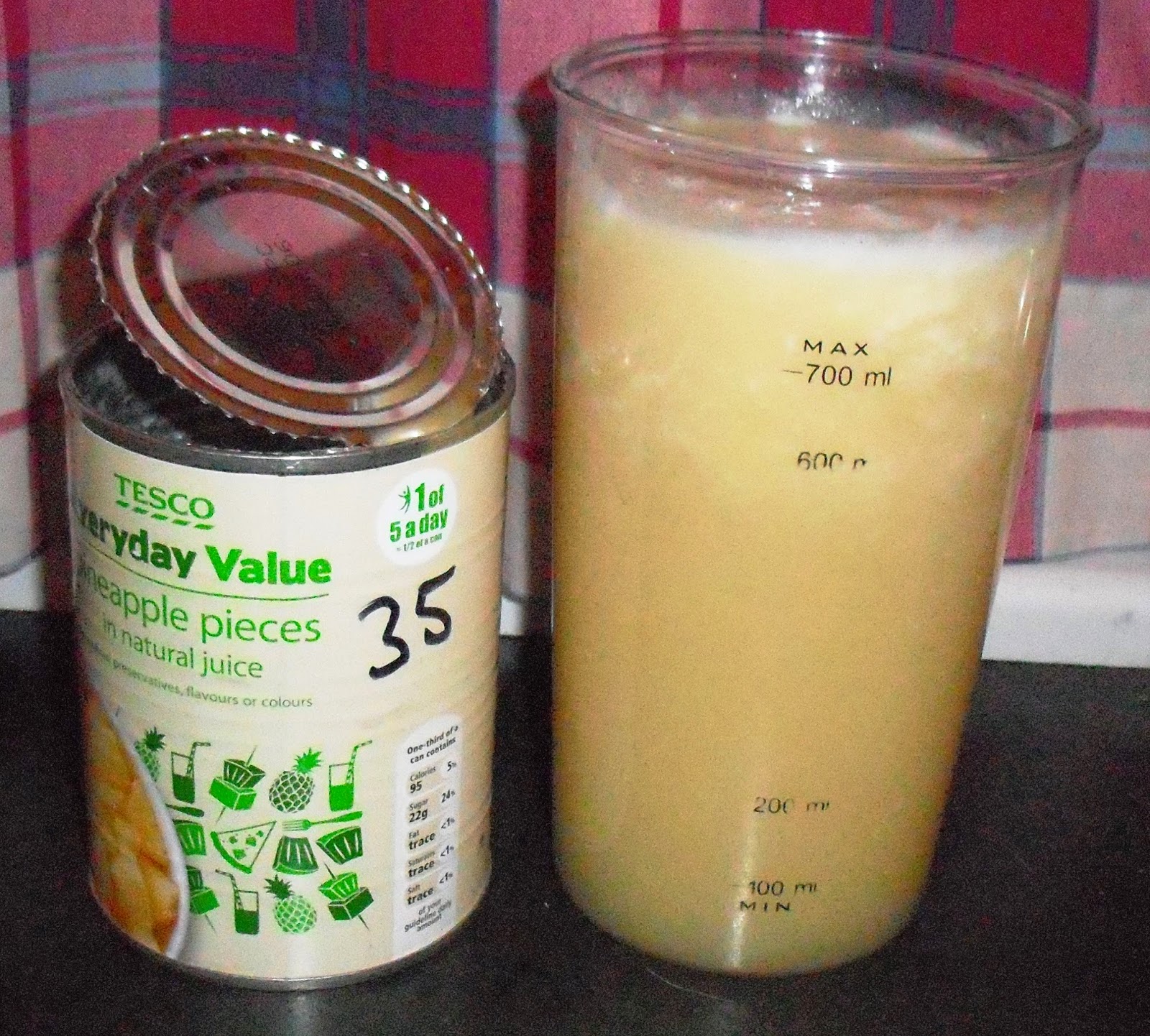 Here is a little teaser, a snapshot of a small section of the new picture. I'm just in the process of sewing the leaves on. I want to get it ready for two weeks time. 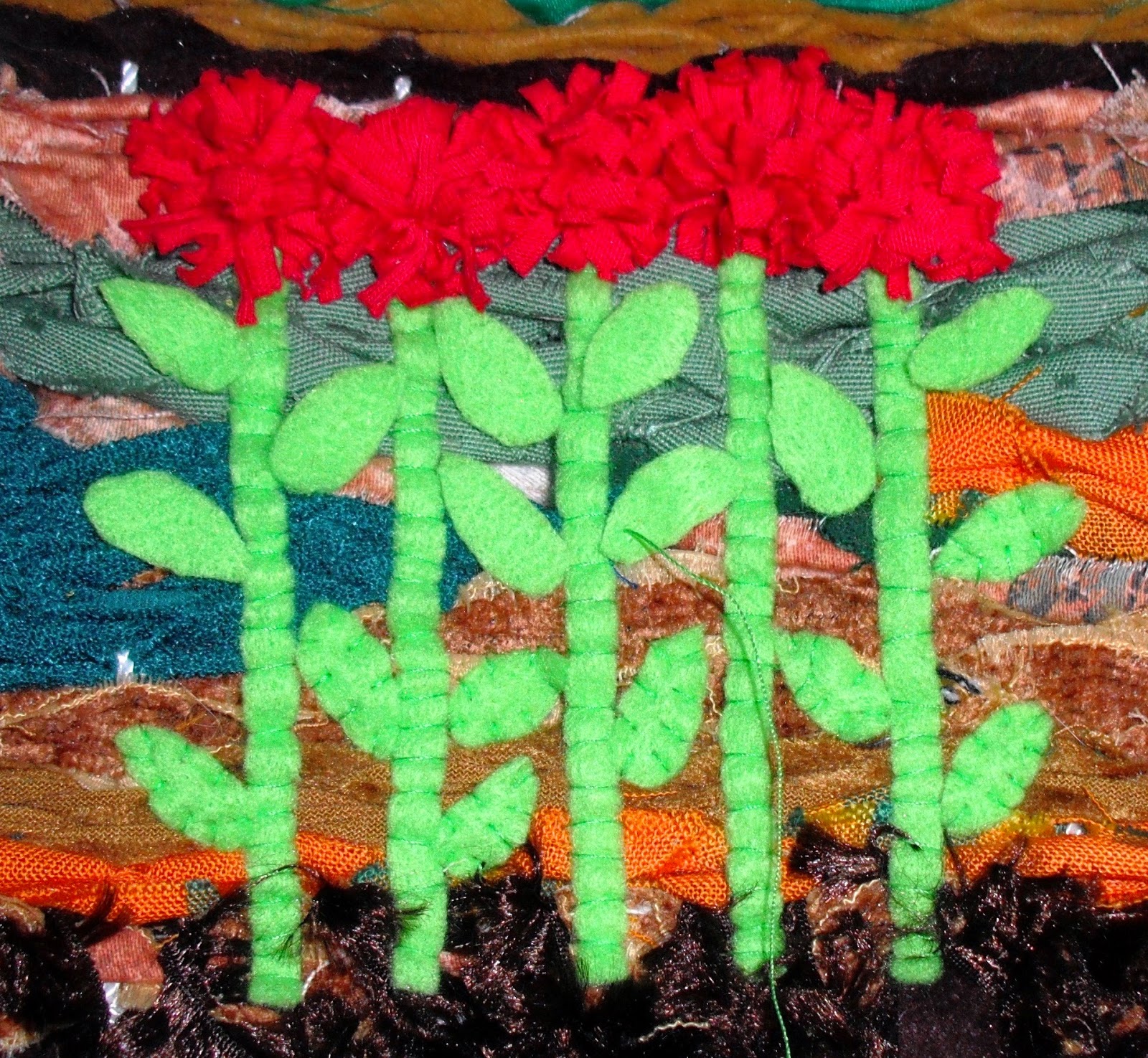 Thanks for popping in. Toodle pip
Posted by Meanqueen at 22:31