Apologies to my stomach

Hello and welcome, come on in. I'm trying to tick off jobs on my 'to do', list and not making much progress. Some jobs have been completed but more have been added to the bottom. It's never ending. Getting ready for the Christmas Fair has been priority, but there is one job connected to that which hasn't got done. Our Craft and Chat banner has disappeared. It was last used in June, in the church. I wasn't there when the display was taken down. I've asked everyone if they know what has happened to it, no one does. We have one member who is on holiday, surely she hasn't got it in her house, has she. Too bad if she has, she's in Spain. I did wonder if someone had passed it on to me and I put it somewhere safe. I've searched the house from top to bottom and I can't find it. So I'm going to have to make a temporary one, some cut out letters from coloured card. I can do without that job tonight, still got to sew up two bags.
These fabric bowls are done, I've made eight small ones and one large one. They will be for sale if anyone wants them. 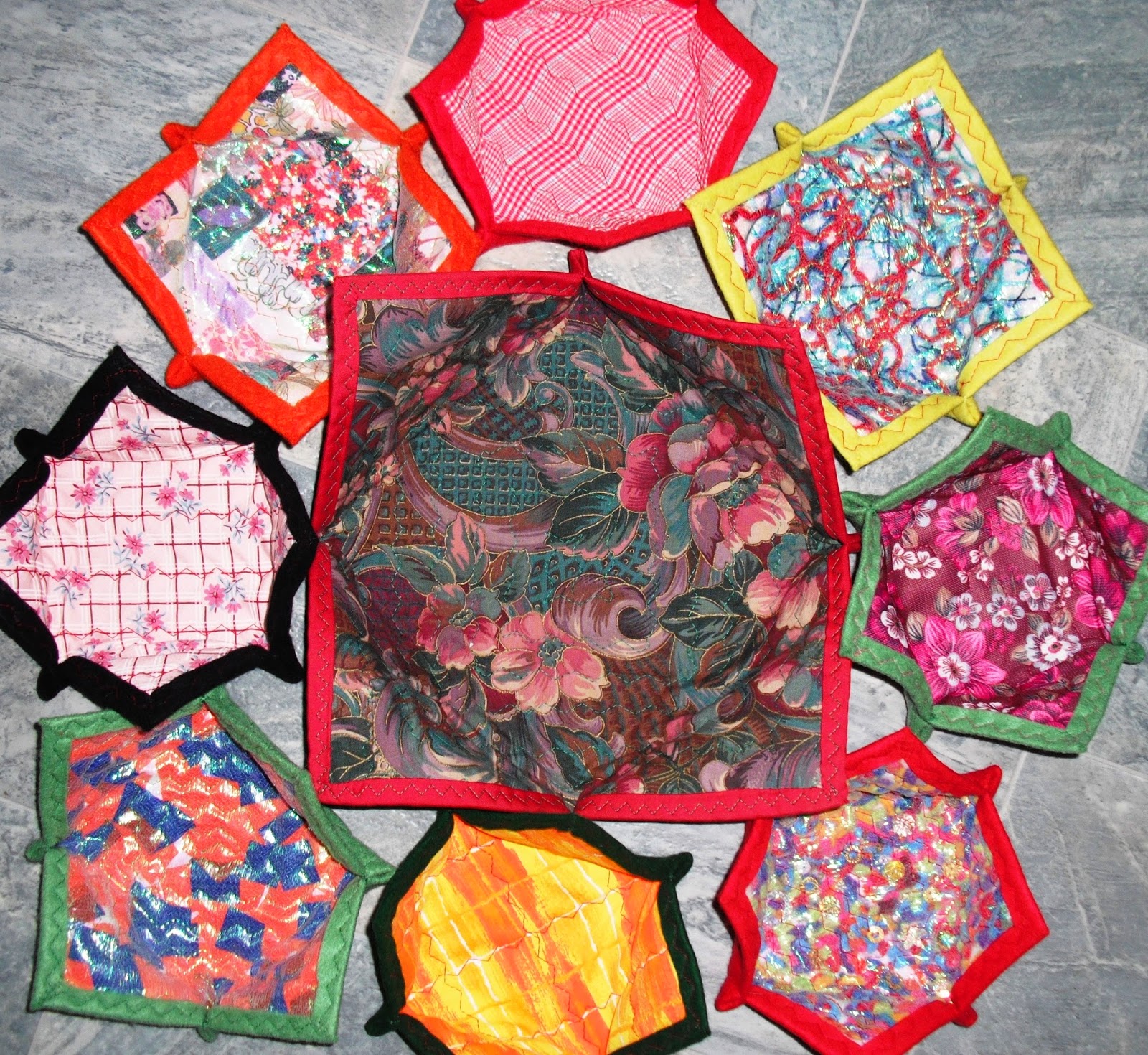 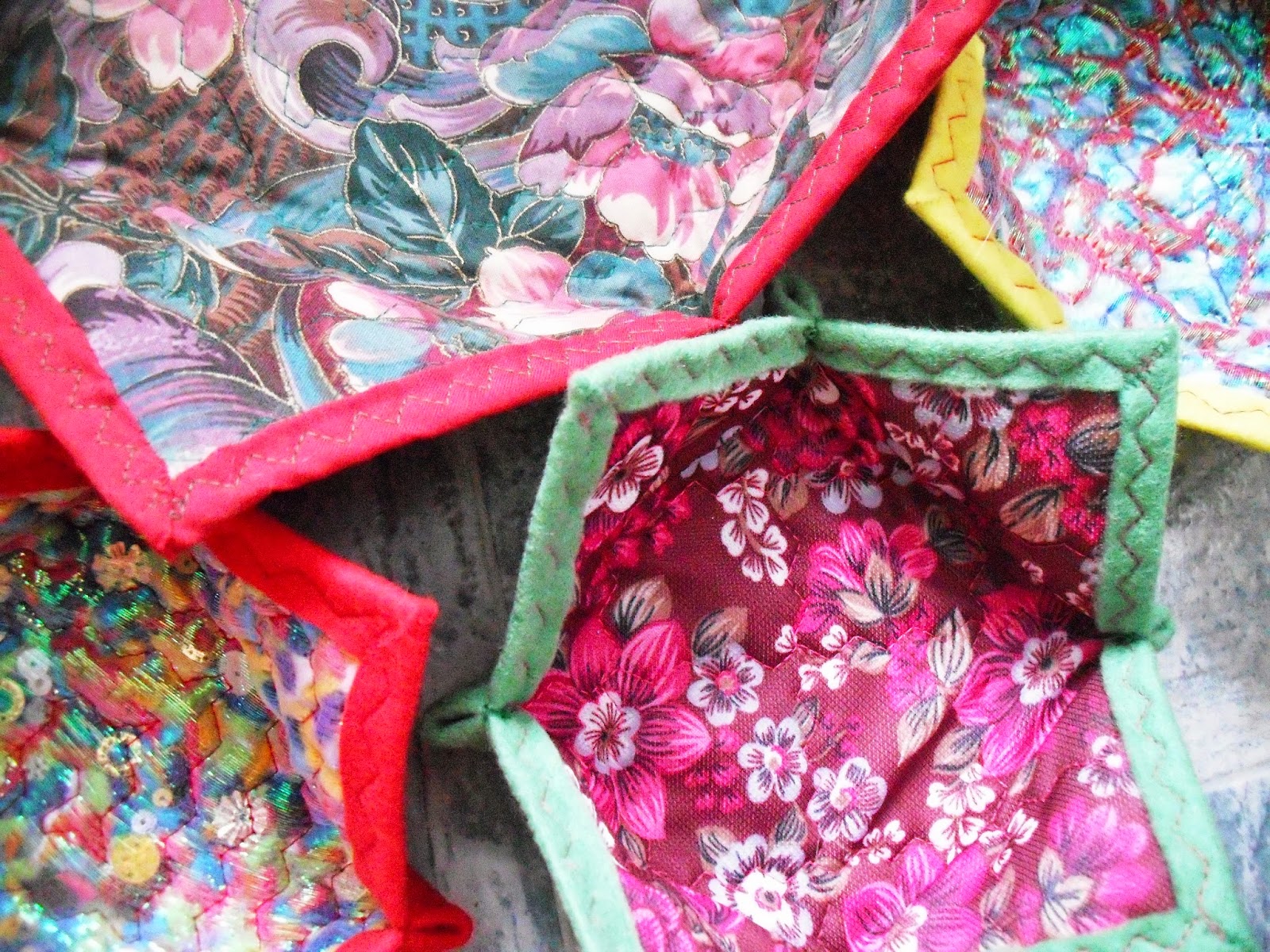 Digging up taters has been ticked off the list, they are all up now. The last few. Not very pretty, some knobbly ones, but they will scrub up well. The veg garden is now closed. 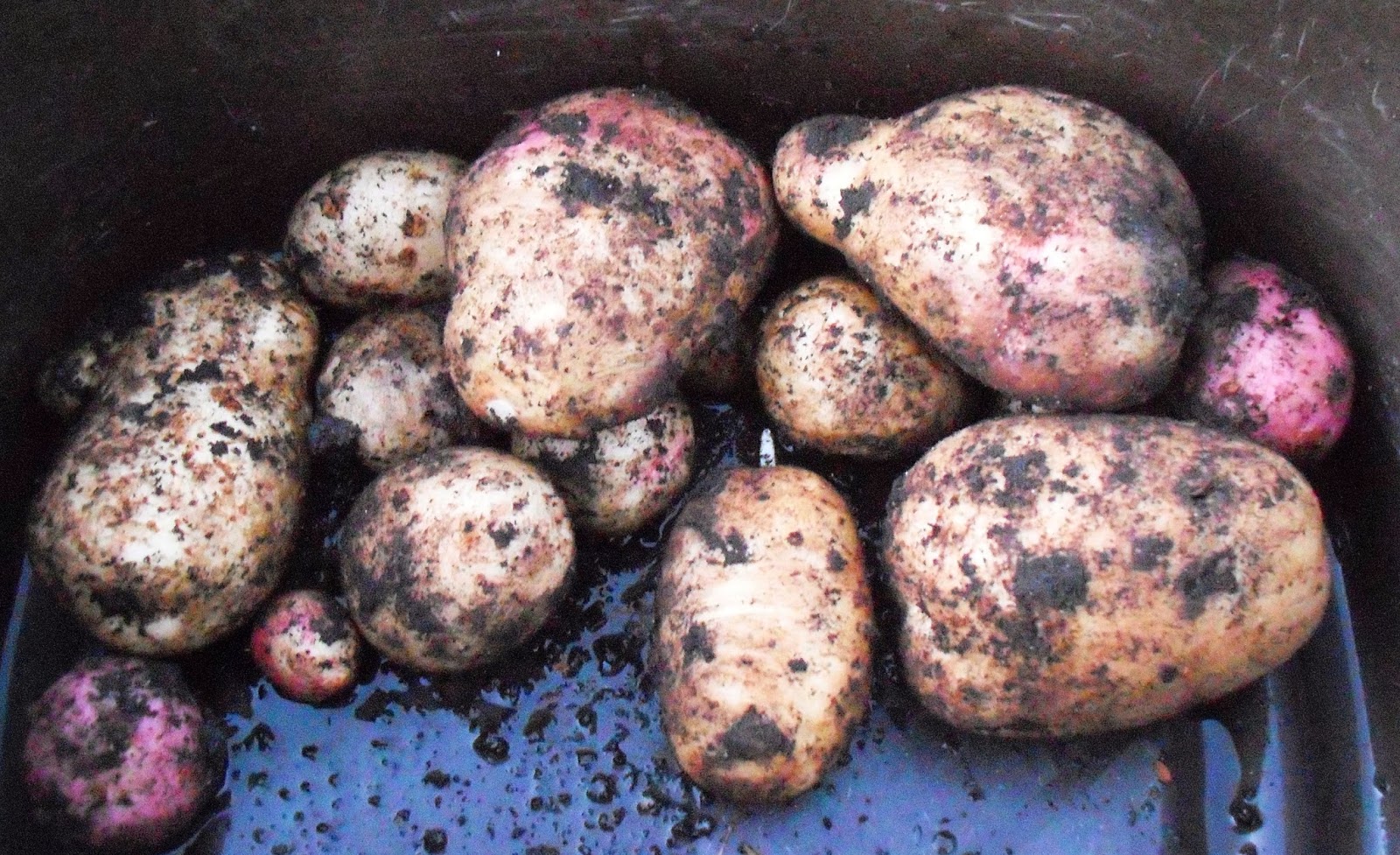 My lunch today was egg noodles and spring onions, (yellow stickers), with two scrambled eggs, very filling. Dinner tonight is a plate of steamed veg with grated cheese. It's sprouts all the way now, plus the bargain veg I still have in the fridge. 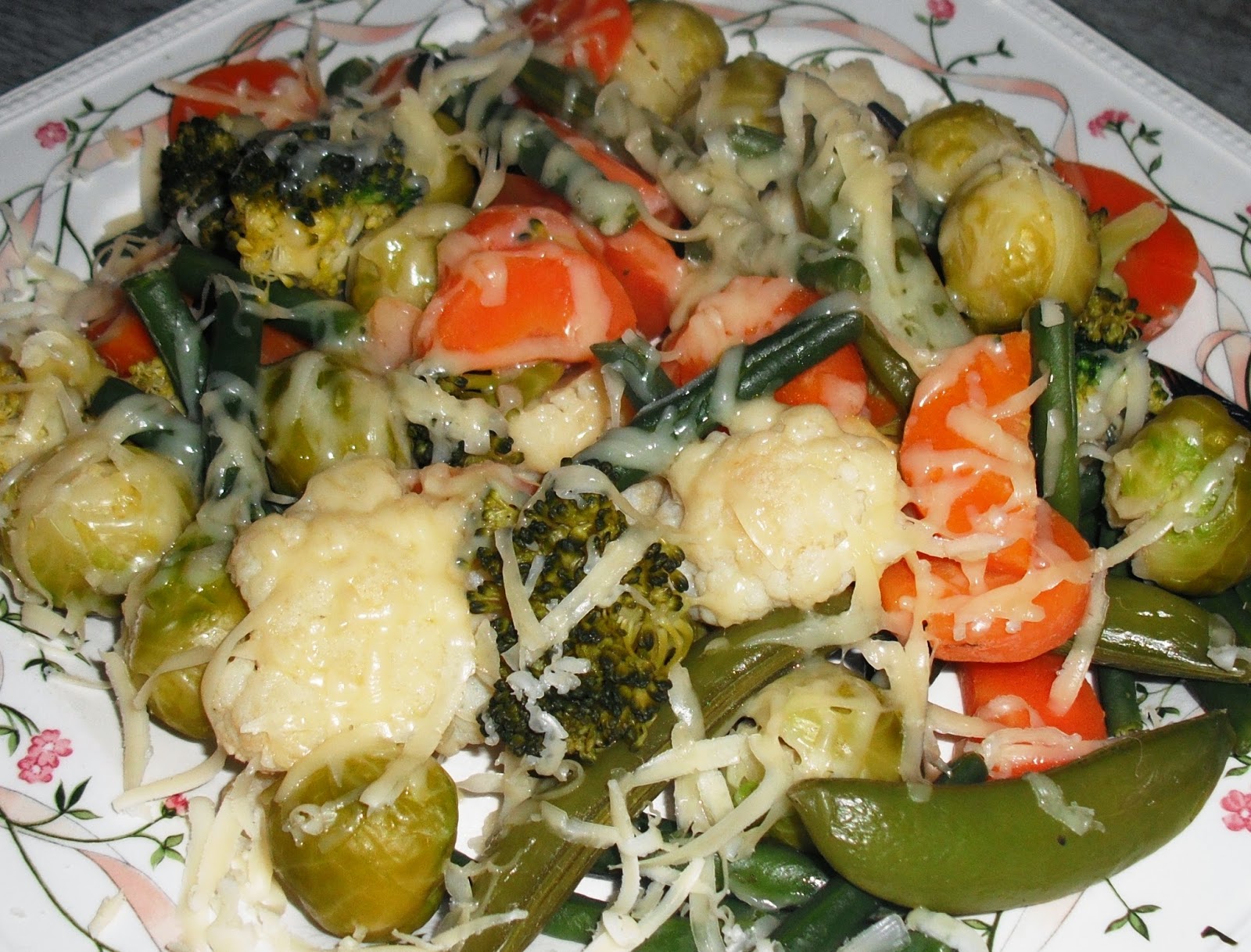 I have a confession to make. I bought a cake on a yellow sticker on Monday, it was a sponge cake with a cream filling and icing on the top. Half price at £1. I only buy treats when they are reduced, and as I hadn't had anything sweet for a while I thought I might indulge in a little lip smacking delishusness. The cake would have made four or six portions. I should have spread it over four days, but can I save cake, can I hell! I scoffed it in two days. My eyes were bigger than my belly, and boy did I suffer. Not just feeling sick, but feeling really ill. I had a headache and felt tired, and had to sit down. My body felt like sh1t. I ate some for breakfast, because it was there. Half an hour later I thought I had a rock in my stomach. I sent some porridge down to absorb all the crap. Sorry stomach, I appear to have abused you.

They say sugar is poison and I believe it. I took my eyes off the ball for a moment and suffered. I can see how easy it is to do that. Forgive me stomach, I'll try not to do that again.

Must go, the weekend is here, I hope it is a good one for you. Toodle pip
Posted by Meanqueen at 19:43