Cheap is good, free is better

Hello. I sometimes ask myself if it is worth going into a shop and coming out with only one reduced item and nothing else. Yesterday on the way back from the vet I called in the little Tesco Local shop and found nothing. There were reductions but not cheap enough for me. Just along the street is the Coop, might as well have a look in there as I have already stopped the car. Only item worth having was this yogurt, it was £1.25, now 31p. So a little bit  was saved. Some people might not bother, but I think if you can save a little here and there, it all mounts up. 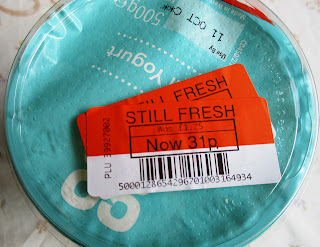 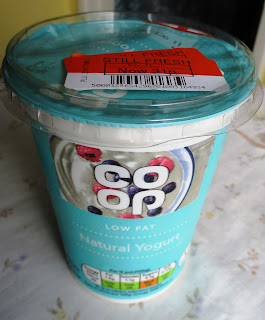 This afternoon I spent some money, the car needed new tyres. I've kept the old ones for as long as I dare, but with winter approaching it is wiser to have good tyres. So that will be a hefty amount on the credit card statement when it comes. I must say, the car immediately felt better to drive, with the tracking and balancing all done, and correct inflation, the steering felt more positive. I had been thinking of changing the car, but can't find another Focus Estate exactly like the one I have but a later model. I have decided to keep this one, it's still got low mileage and will be fine for another year or two.

I called in at the Cash and Carry as I was passing. Got a few bits and bobs. Jars of Heinz Mayo for 20p each, boxes of cereal for 50p each. Next door was a cafe, and I saw that a van was parked outside and the men inside were removing all the fixtures and fittings, looks like it has closed down. They were chucking everything in a skip.

Pity I wasn't there earlier, the skip was more than half full, so I don't know what was buried at the bottom. The men seemed in a bit of a hurry but they let me take what I wanted. They were in the middle of dismantling the counter, and instead of smashing it all up which would have been the quickest way of doing it, they took it apart by removing the screws so I could have the undamaged pieces of timber. Really chuffed with my free wood. 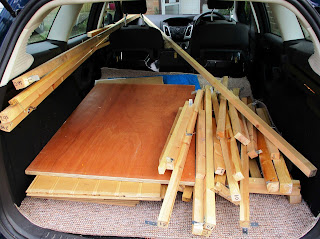 Heidi supervising again as I unloaded it. 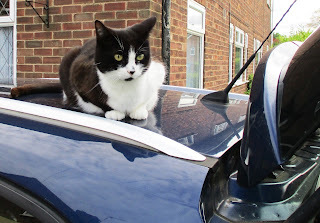 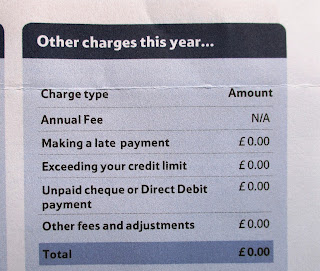 The difference in the amounts is what I am due to pay on the latest bill which arrived yesterday. I just use it for convenience, a lot of my spending I pay with cash. 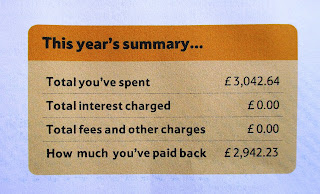 That's it for tonight. Thanks for popping in, we'll catch up soon.
Toodle pip
Posted by Meanqueen at 21:06