Day 1. A bimble round Matlock

I really should be saying Good Morning, but as I have been a bit of a slacker today I will amend that to Good Afternoon. The reason for my bone idleness? Watching last nights 'Ultimate Guide to Pennypinching' on Channel 4 catchup, and reading all the comments about it on Money Saving Expert forum. Got to keep up with what's going on haven't I, ha ha.

Anyway, what have I been up to for the past three days. My apologies for one measly post from the hostel, but at 50p for ten minutes, or £5 for 24 hours, whether on their computer or my own, I didn't feel inclined to spend the money. What a tight arse I am, ha ha.

As I mentioned, I stopped for a bimble around Matlock on the way to Hartington on Tuesday. The weather wasn't brilliant, very windy. Although I don't mind the wind, later on it developed into a full blow gale and I got a bit wet. Not ideal for taking photo's but I tried my best.

Riber Castle is a distinct landmark which towers over the town, set high up on the hillside. A place I have not been to before so I headed in that direction. It looks very spooky from a distance. It was built in 1862 by John Smedley as his private home. He died before it's completion, but his wife continued to live in it untill her death. The castle then became a school, but was a derelict shell by the 1930's. In the 1960's a group of zoologists set up a nature reserve there, which operated at near bankruptcy for many years. It had a reputation for cruelty and neglect of it's animals and was finaly closed down in September 2000. It was also used as a set for filming, 'Dead Man's Shoes'. 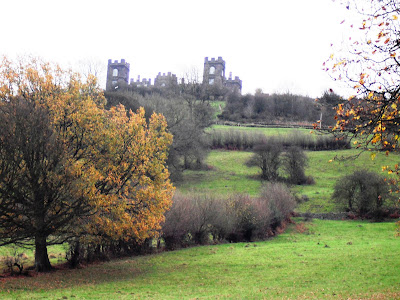 Turning round to admire the view from half way up the hill. 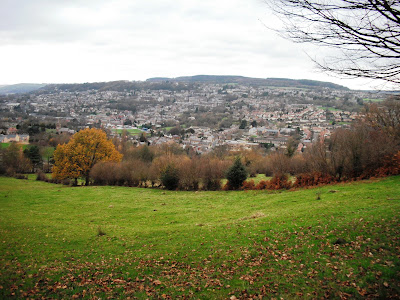 And again from near the top of the hill. Looking down on Matlock. 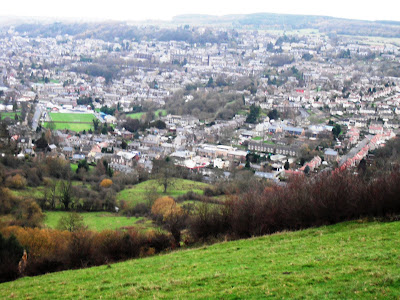 The final push to the top along this path which has been partly cleared and improved. 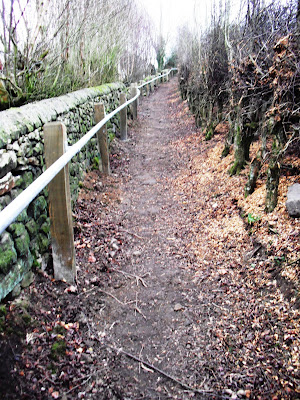 This is as near as I can get. The grounds are surrounded by tall fencing, it looks magnificent. Apparently they used a series of pulleys to haul the blocks of stone up there. 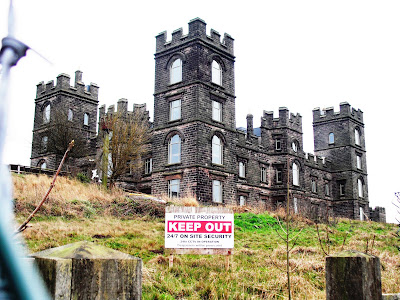 If you want to see some pictures of the interior I have found this video on youtube. Ignore the silly music and the ghostly tales, it will give you some idea of just how derelict it is. Apparently now the plan is to turn it into appartments, but there is a lot of local opposition. Around the back there is a lot of work going on, but I am not sure if this is part of the plan, or they are just making it secure. I couldn't get anywhere near it to ask.

Another look down before I move on. 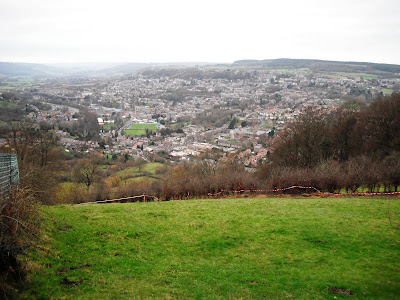 In the hamlet of Riber is this very old house. It looks uninhabited and amazingly spooky. There is a sign on the front saying Antique Centre, and looking through the windows I saw signs of old furniture. 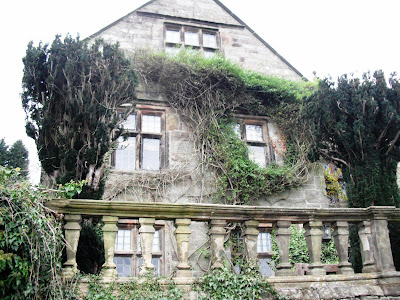 Steps to the front door. The property to the left hand side at the rear looks to be inhabited, the front is perhaps used for the selling of antiques. 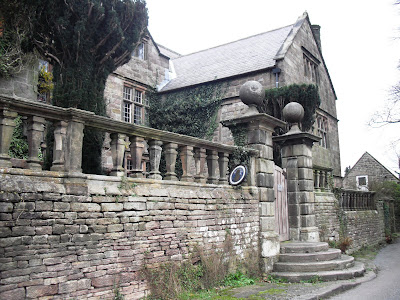 The weather was worsening, more wind and the real threat of rain, so I went back down to my car. Didn't quite make it before the heavens opened and I got a bit wet. After ten minutes or so of torrential downpour when the roads turned to rivers, and I had a bit to eat, I decided to venture out for another little bimble. This time towards another vantage point, High Tor. I set off and viewed the castle from afar. 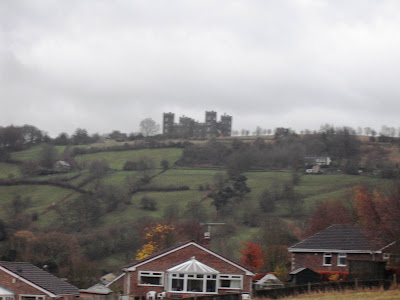 After quite a bit of steep climbing, I came across this handy little shelter, no time to sit down though as I didn't think the rain was going to hold off for very long. 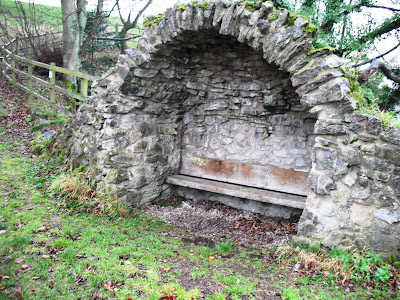 The pics are not very good, it's a shame because on a clear day the views would be magnificent. This is looking down on the main A6 trunk road, the River Derwent, and the railway line that runs alongside. 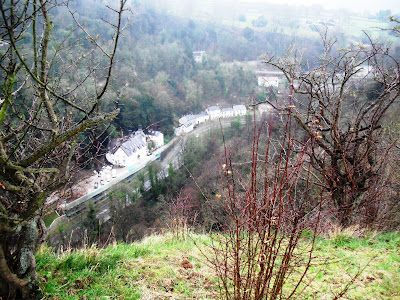 Same road, a bit further along. The wind was getting up again, nothing to stop me from toppling over the edge, I stood well back, ha ha. 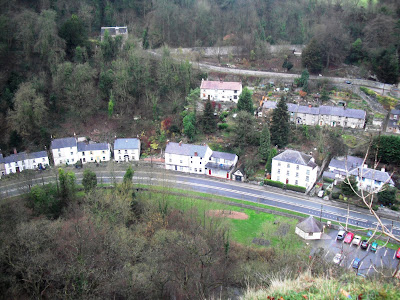 Time to get back in the car, starting to run out of daylight now and it's only 3pm. I decided to make a short stop at Matlock Bath, and climb up behind the houses to take some pics looking down. My mum used to take us on bus trips here. Day trips were the only holidays we had. I also came to the Matlock Bath Hotel for a posh dinner when I was a child, it was a choir trip which was organised by the Methodist Church, of which I was a member. I remember it well.
I took numerous pics of this scene, but the lighting was not good. I've done my best with a bit of titivating. The street lights are reflecting on the river, and it gives you some idea of how people build their gardens on the steep terraces. One thing I did notice that while it looks like a beautiful place to live, there is the constant drone of traffic noise. Something I would not like one bit. 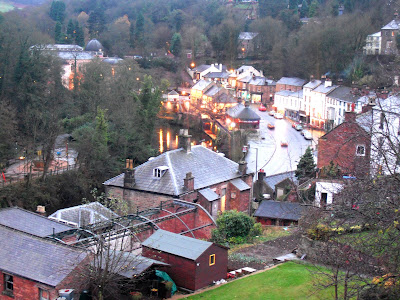 This is a busy tourist place in the summer, it is teeming with people. It's also a well know bikers meet up place, they come from all over to show off their bikes and admire each others. Yes, I have been here as a biker as well. 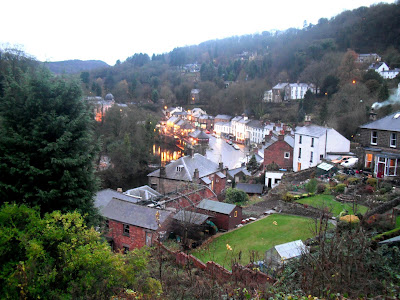 Daylight was fading fast and shops were closing, no point in hanging around so I headed off to Hartington. When I got there I couldn't see much of the outside of the building in the dark, but hey, the inside was amazing, I was gobsmacked that this place was so cheap to stay at. More tomorrow.