It's not very often you get to stay at a four star hotel at a cost of £8 a night. I arrived in the dark, and discovered the following morning just how grand Hartington Hall looked from the outside. The manor house was built in 1611 by Robert Bateman, and in 1862 it underwent substantial alterations. The Batemans remained at Hartington until the 20th century and in 1934 the property was opened as a Youth Hostel.

This is one of three entrances off the road, it leads to the front door and straight into Eliza's Restaurant, which is open to the public as well as hostel guests. 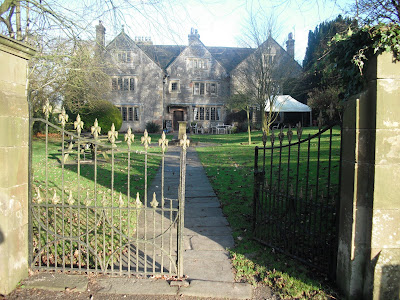 It has extensive grounds and is licensed for civil weddings. To the right is a covered veranda with outdoor seating. 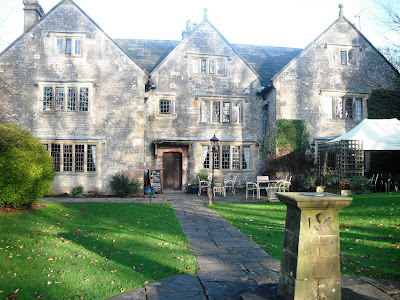 On the left is a long sweeping driveway up to the back of the house. I missed the first entrance in the dark for the car park, and drove right up to the house and parked there. No one asked me to move it so there it stayed. 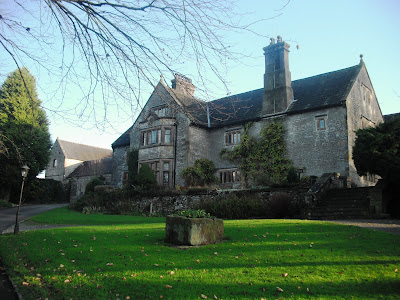 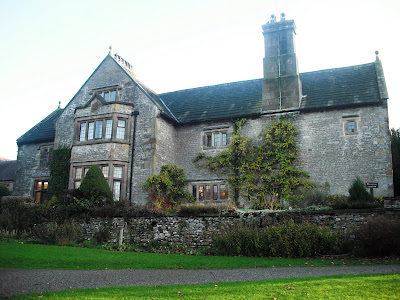 At the back is a small pets enclosure with three goats in one pen, and big fluffy bunnies and clucking hens, in the other. 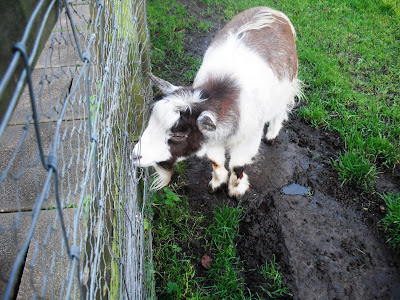 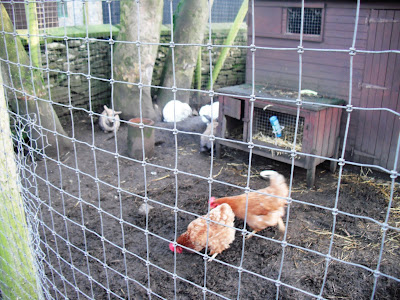 Across the courtyard is a converted barn which houses more dormitories, a meeting room, drying room, members self catering kitchen, and a laundry.
This is the main lounge with big soft sofas, 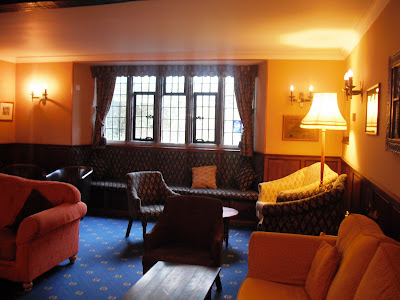 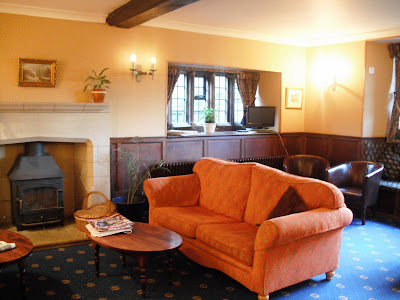 and piles of magazines to read. Unfortunately the TV was out of order. 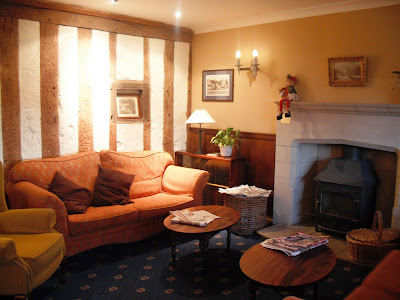 Another stove in the adjoining lounge area. 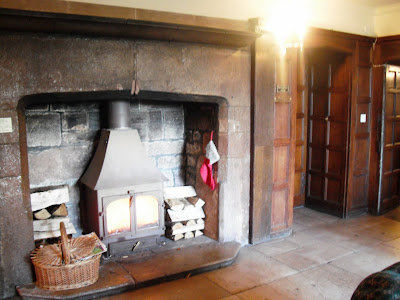 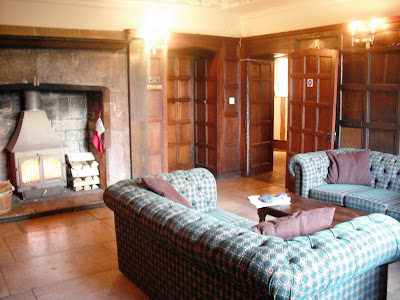 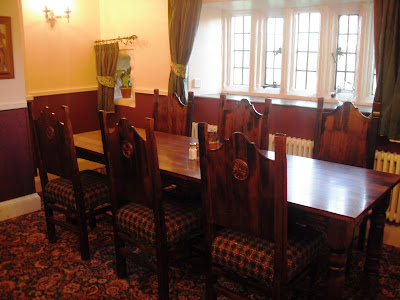 And a bit more of the dining room. These two enjoying their breakfast were the lovely people who spotted me from the tele. 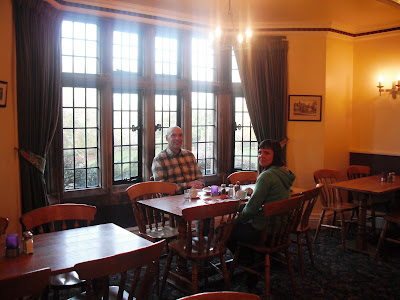 Two more pics of the extensive dining and lounge area. This looks like a cosy pub, and yes you can get a drink here, they are licensed. 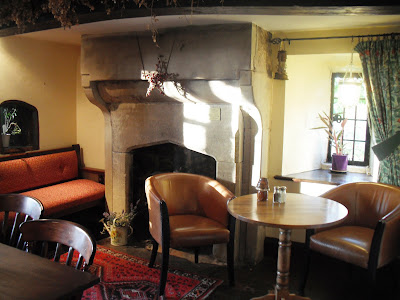 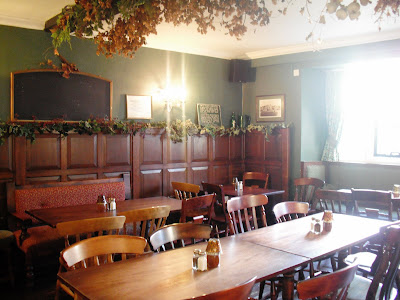 The reception desk with a friendly chappie eager to help. 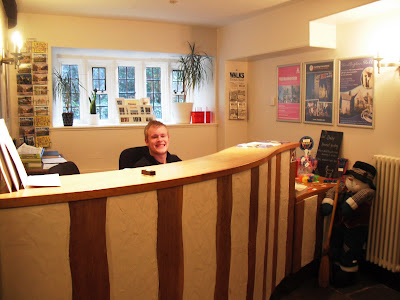 There is a reading room, with a computer. 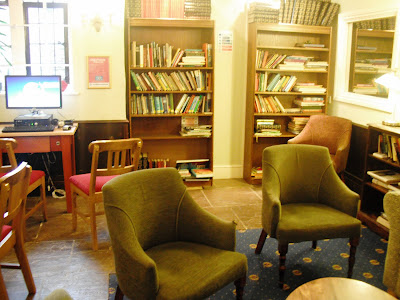 A games room where you can play pool, a table soccer game, and games for younger children. 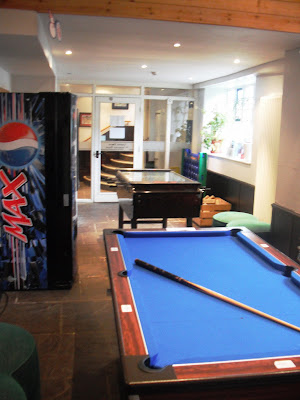 I didn't take a pic of my room. It had eight beds, I shared with one other lady on the first night, and had it to myself on the second night. There was a wash basin in the room, and also a shower cubicle. The toilet was next door but one, which was no problem because there was hardly anyone else there. I would definately stay here again, even at the full price it is still very good value. I'll catch you later.
Posted by Meanqueen at 20:31