Good Morning, or Good Evening, whichever it is on your side of the world. The sun's out and I was up early at 6am, well I did get up briefly, to make a mug of coffee then I went back to bed to finish this book. 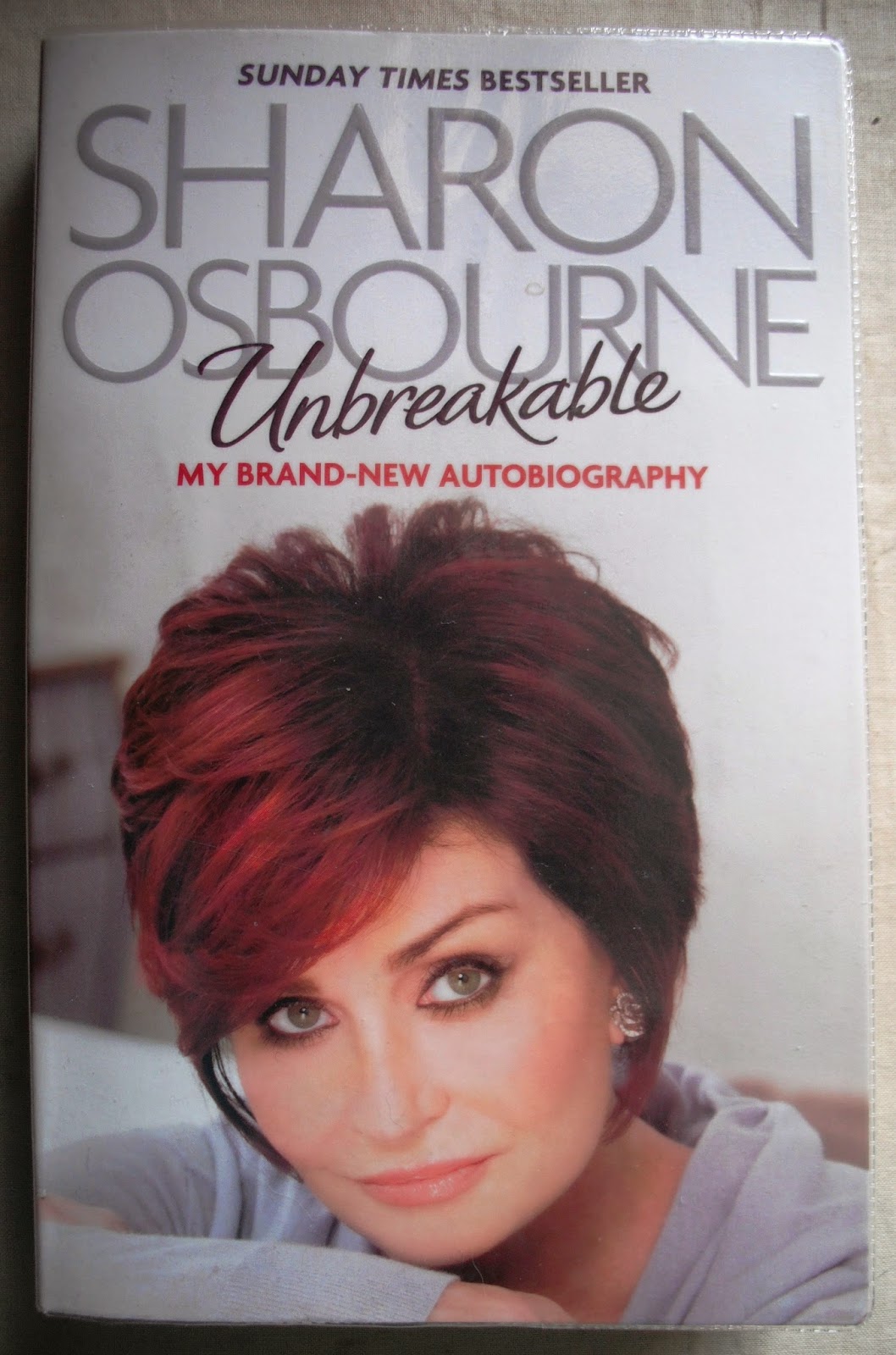 Sharon Osbourne has had a rollercoaster of a life, the blurb on the back states it has always been an extreme rollercoaster ride, and it's not hard to understand after reading this book. There were times of joy, the birth of her first granddaughter, and being there for her children in their times of need and seeing them come through testing situations. The battle to save her marriage, her health issues and her addiction to fame and fortune, all form the highs and lows of a rollercoaster ride.

Although I didn't see it, the full 'warts and all', of her life was played out in a television series a few years back. It was never particularly appealing to me. The bits I saw before I turned off showed a dysfunctional family in the throes of one crisis after another. Not something I need to know.

I did manage to read this book from cover to cover, but it was like trawling through endless copies of trashy celeb magazines, albeit more eloquently written despite the shed loads of swearing. It sort of reminded me of back to back Jeremy Kyle, with an endless stream of marital problems being churned out conveyor belt style, with  emotions running high between the many ordinary people who are prepared to air their dirty washing in public.

To sum up, it's about a famous rocker and his manager wife who takes a left turn and becomes a celebrity in her own right. Their life has been one big juggling act which has taken them to all corners of the globe, many times over. They have two kids who have caused them a lot of angst, but have found a way through their own particular jungle and at last seem to be on the right track. Celeb Sharon has turned into a Granny which pleases her greatly. Now she is sixty she has at last found some peace, yes, it comes to us all eventually, even those who have have the cushion of great wealth. As Sharon found out there is a price to pay.

If you are fascinated by the warts and all of celebrity life, read this. Me? I needn't have bothered, I have become immune to gossipy shock horror celeb stuff. I would have preferred to read more about her early professional life, how she rose to the top, but that part might have been in a previous autobiography, which I missed.

Right. I've a load of washing to hang on the line, oooh the excitement, ha ha, then off to Crafty Club.
Have a great day. Toodle pip.

PS. Since writing this I have had a look at the reviews for the book on Amazon. Seems I am in the minority, and most people love it.
Posted by Meanqueen at 09:14