A sunny day in the village

Hello. Hasn't it been a fabulous day, it was a joy to be out bimbling around the village. Nice to catch up with a few friends, everyone stopped to chat. My neighbours across the road have a new black labrador, they have given it a home because it's owners are emigrating. I saw a young man who I speak to, he walks his spaniel. He went away to university a few months ago, and tells me he likes his course and where he lives. Nice to get some positive news. I walk past a house where a little sausage dog stands on the back of the sofa and looks out of the window. She barks at every passing dog, so the owner picks it up and gives me a wave. I saw the couple with a small black poodle and a bit bigger white poodle, they always stop for a chat. Another friend was loading his Gold Wing into the back of a van, of the man who has bought it. I've not seen a Gold Wing for ages.  The elderly couple who's bungalow looks out over the village green always waves to me when I walk by. I like village life, everyone says Good Morning to me, even if I don't know them.
I did a garden tidy this afternoon, trimmed a hedge and filled the brown recycling bin ready for collection tomorrow. I like to keep on top of the job and not let it get too overgrown.
I have some coleslaw which needs eating, probably shouldn't have bought it because I find it terribly difficult to chew. I don't like to swallow my food in big hard unchewed lumps, it's not good for the digestive system. It was only 12p, too good an offer to turn down. So how have I got round the problem? 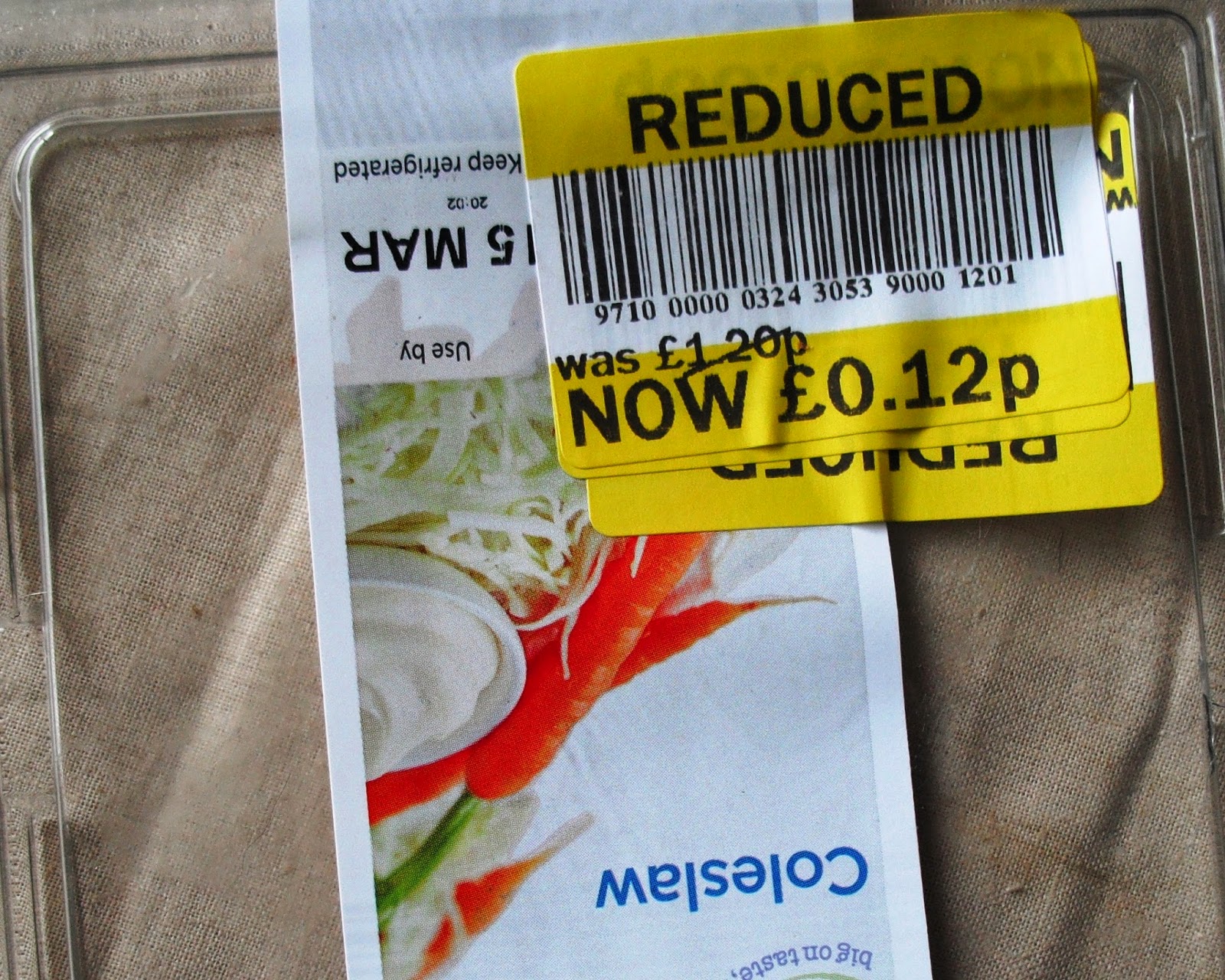 I zapped it with the stick blender, and served it with on a bed of spinach, with mushrooms and scrambled eggs. It looks a bit like mashed potato in the picture, but it tastes just like a baby food version of coleslaw. Perfectly edible, nothing is wasted here. 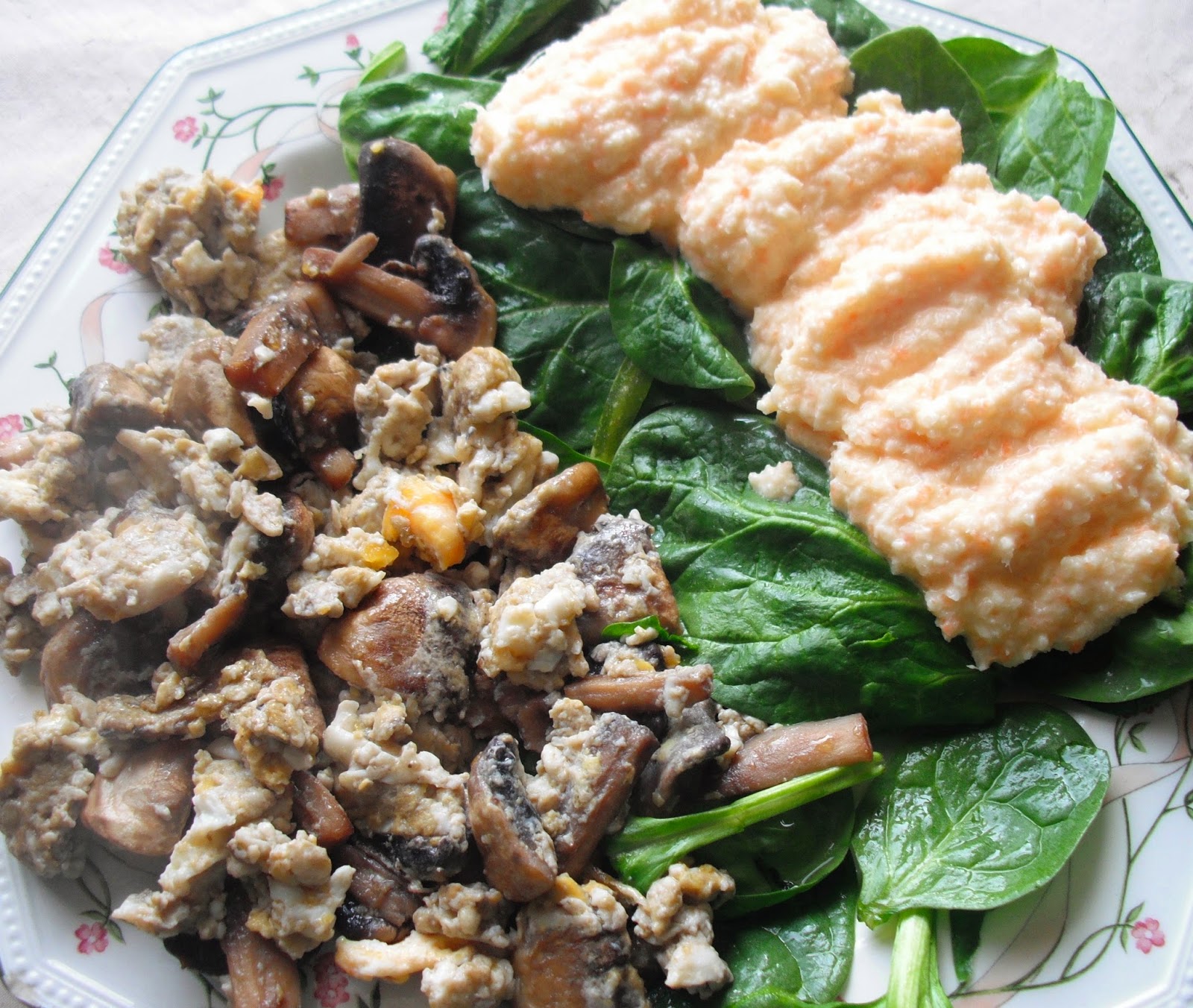 Tonight's dinner was the third and last portion of the red lentil stew. I need to make a start on eating the cheap noodles I got from the cash and Carry, they've been in the cupboard for ages. Don't need to do any shopping I have plenty in. A bag of potatoes needs using up.
Thank you for popping in. Going to watch a bit of catch up before bed time.
Toodle pip.
Posted by Meanqueen at 21:33