Hello and Good Morning. It's bright and sunny again, I've a line of washing out, and I have made my bestest  friend Carol a birthday card, now I have a few pictures to add to the blog, so come with me on a visit to Sheffield. I took my friend Crafty Janet along with me, we had a day out in the nuuuw wheeelz. Straight down the M180, M18, up the M1, off at the A630 and into the Park and Ride car park just off the roundabout at the bottom. Pay £2.50 to park, after we had worked out the touch screen machine, then hop onto a tram for the city centre, bus pass free ride, easy peasy.
We alighted at the Cathedral, a good place to start our bimble. Luckily they have some very nice toilets in there. 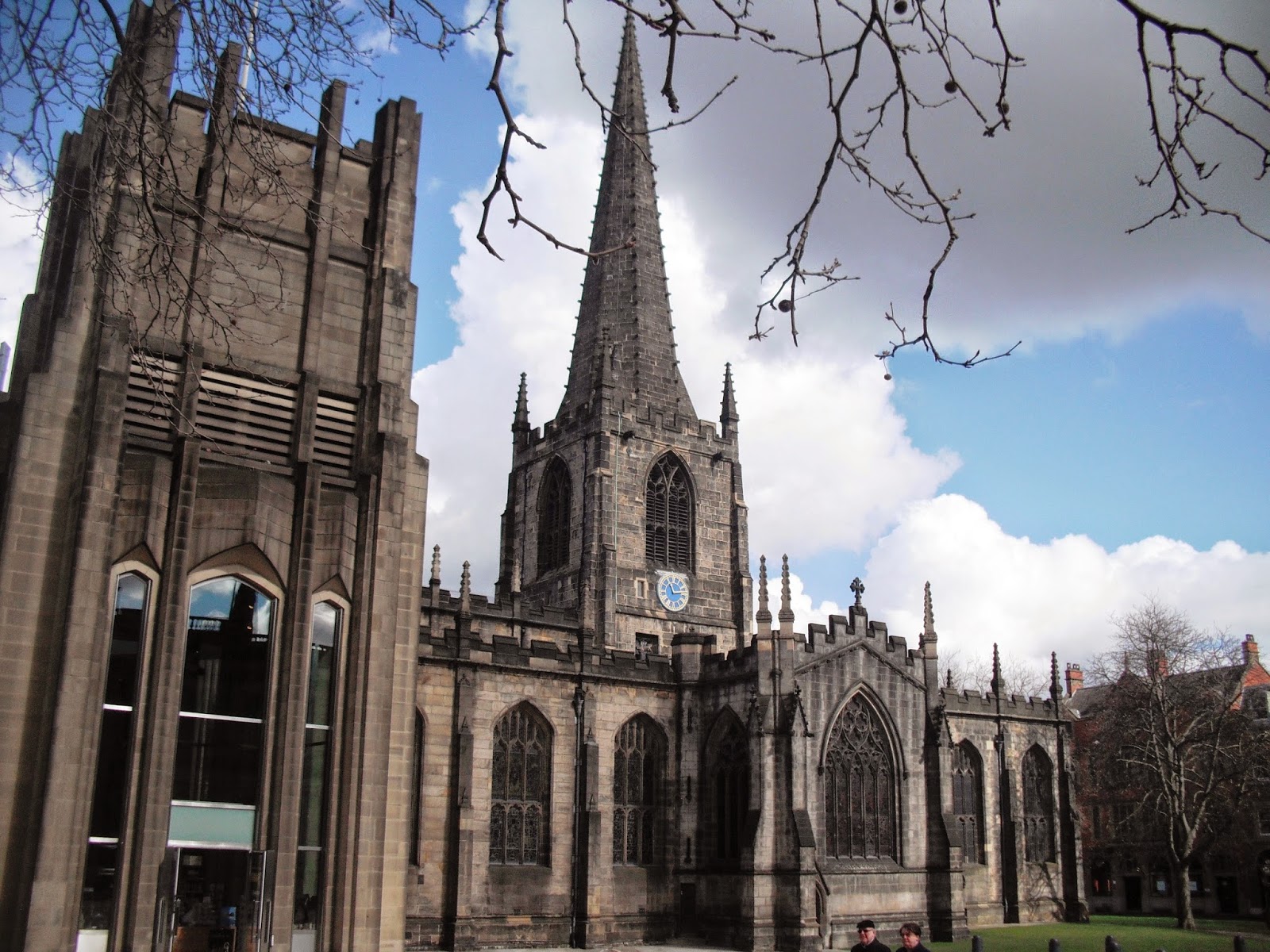 It was busy inside, school children singing their hearts out, with parents and families seated either side looking on. A few people had stopped by to have a look like we had. 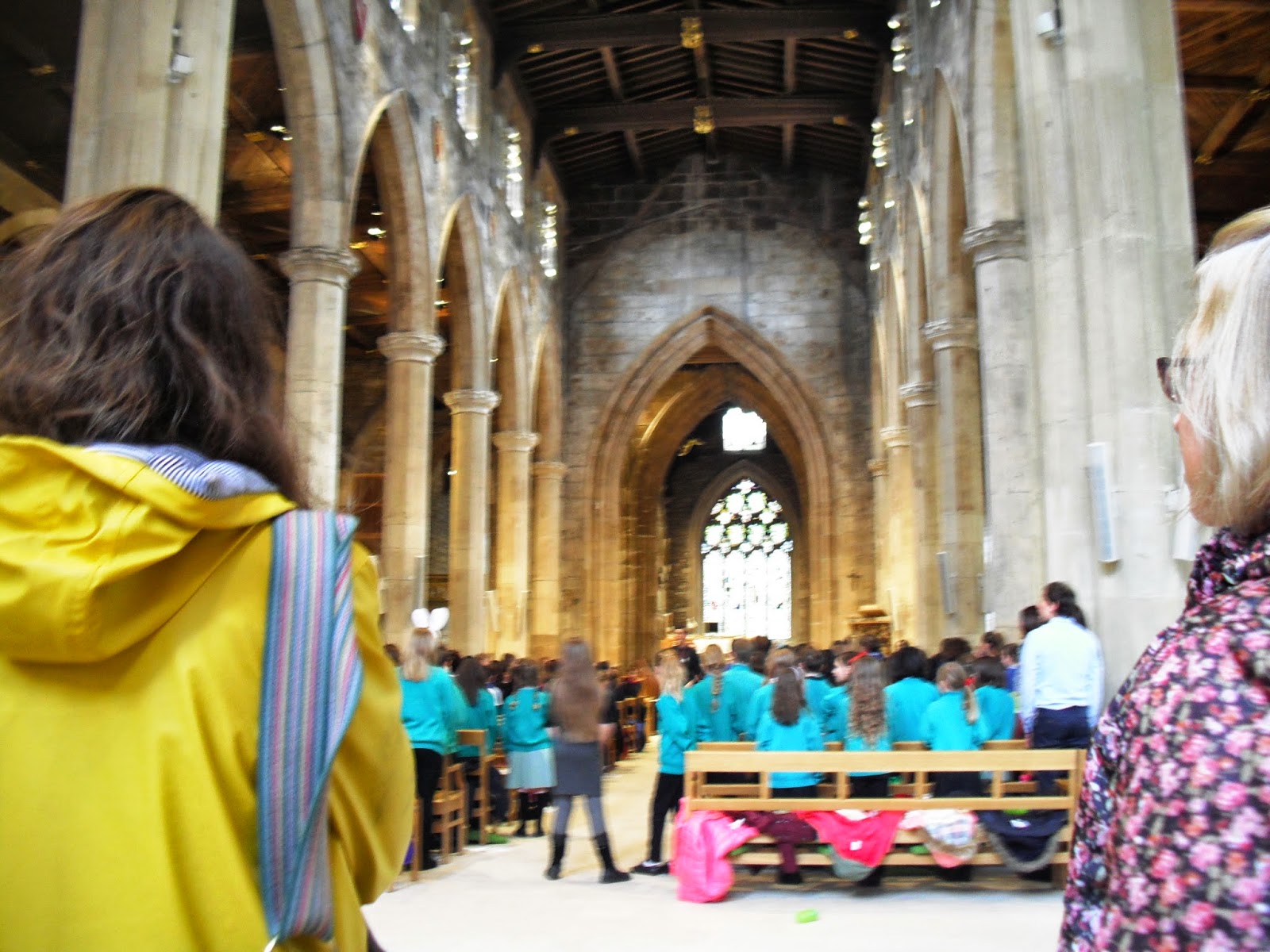 The Town Hall is a majestic building standing tall and proud. I was hoping we could have a nosey around inside, but that was not to be, it is a busy working building. However the lady on the desk was very helpful with providing us with local knowledge and a free street map. 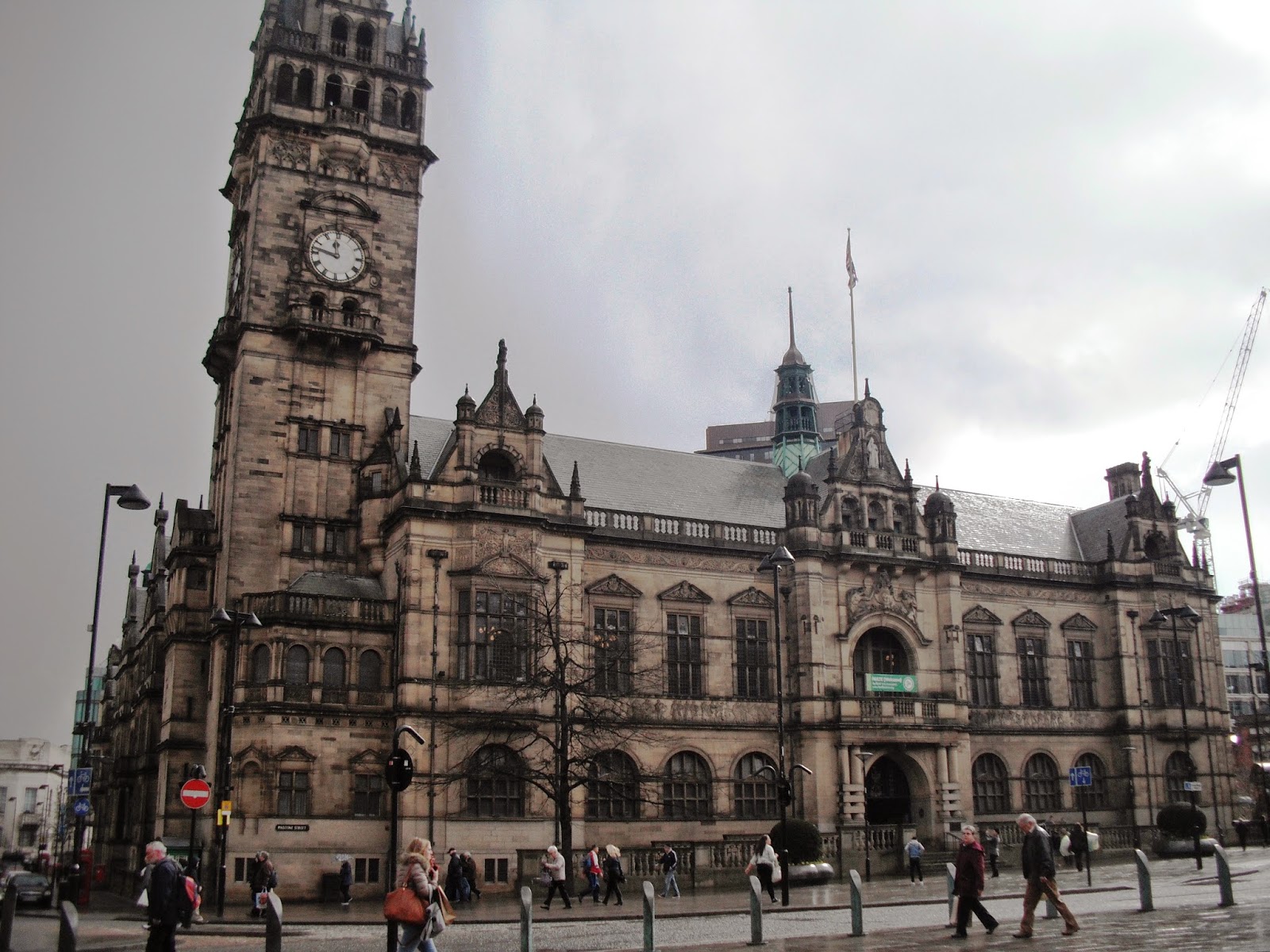 We came across the famous snooker capital of the north. The Crucible has been the venue for top class snooker tournaments for many a year. I was obsessed at one time a few years back, amazed at the skill required to get a 147 break. Terry Griffiths was my dreamboat at the time, with Willy Thorne a close second. 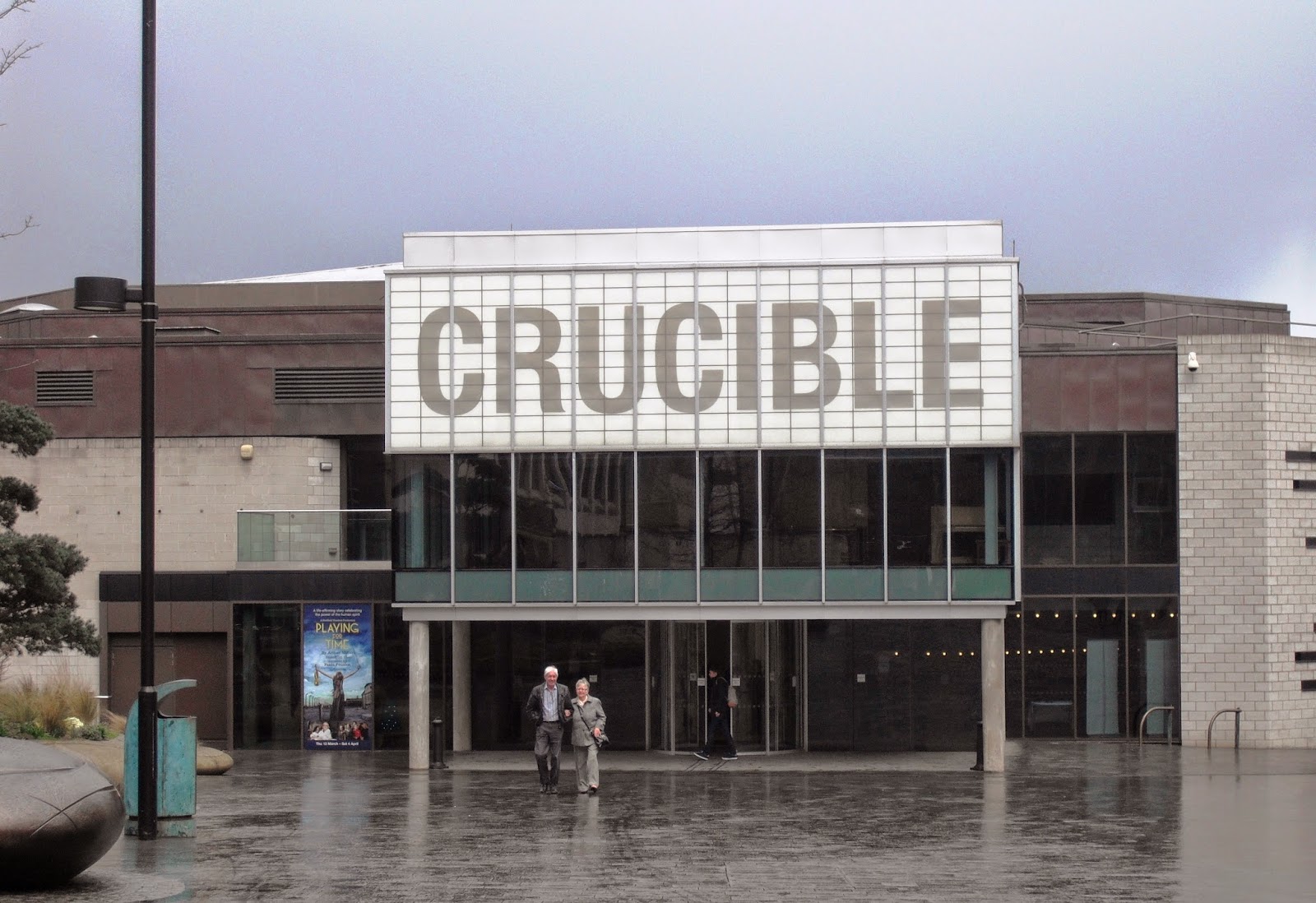 Next to the Crucible is this iconic building, The Lyceum Theatre. Looks like a wedding cake, I could eat it. 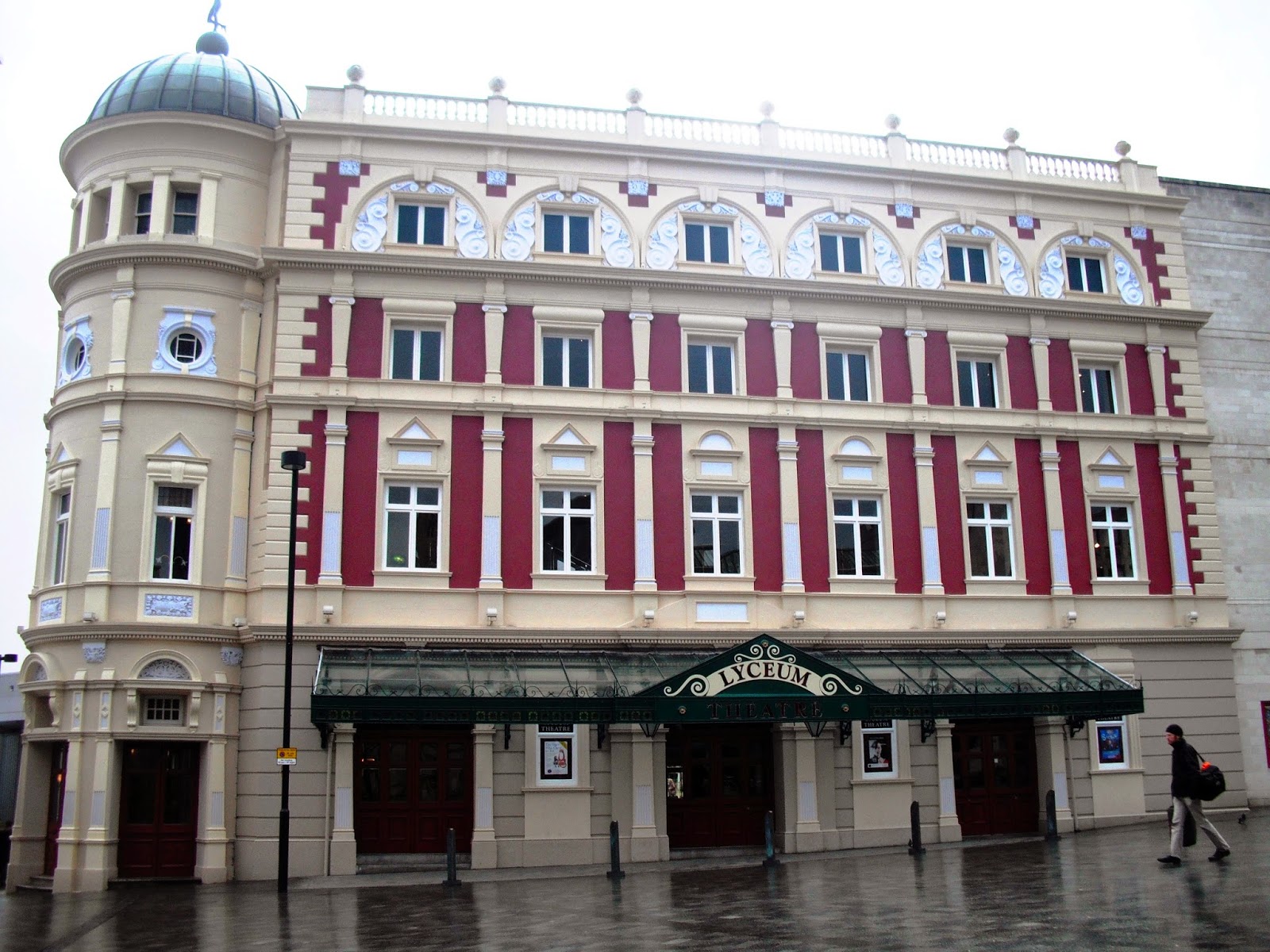 In the late 1950's the Lyceum was in financial difficulties, it closed in 1969. Planning permission was sought for it's demolition, but it was saved by a campaign by the Hallamshire Historic Buildings Society. Thank goodness, it would be a shame to lose this. 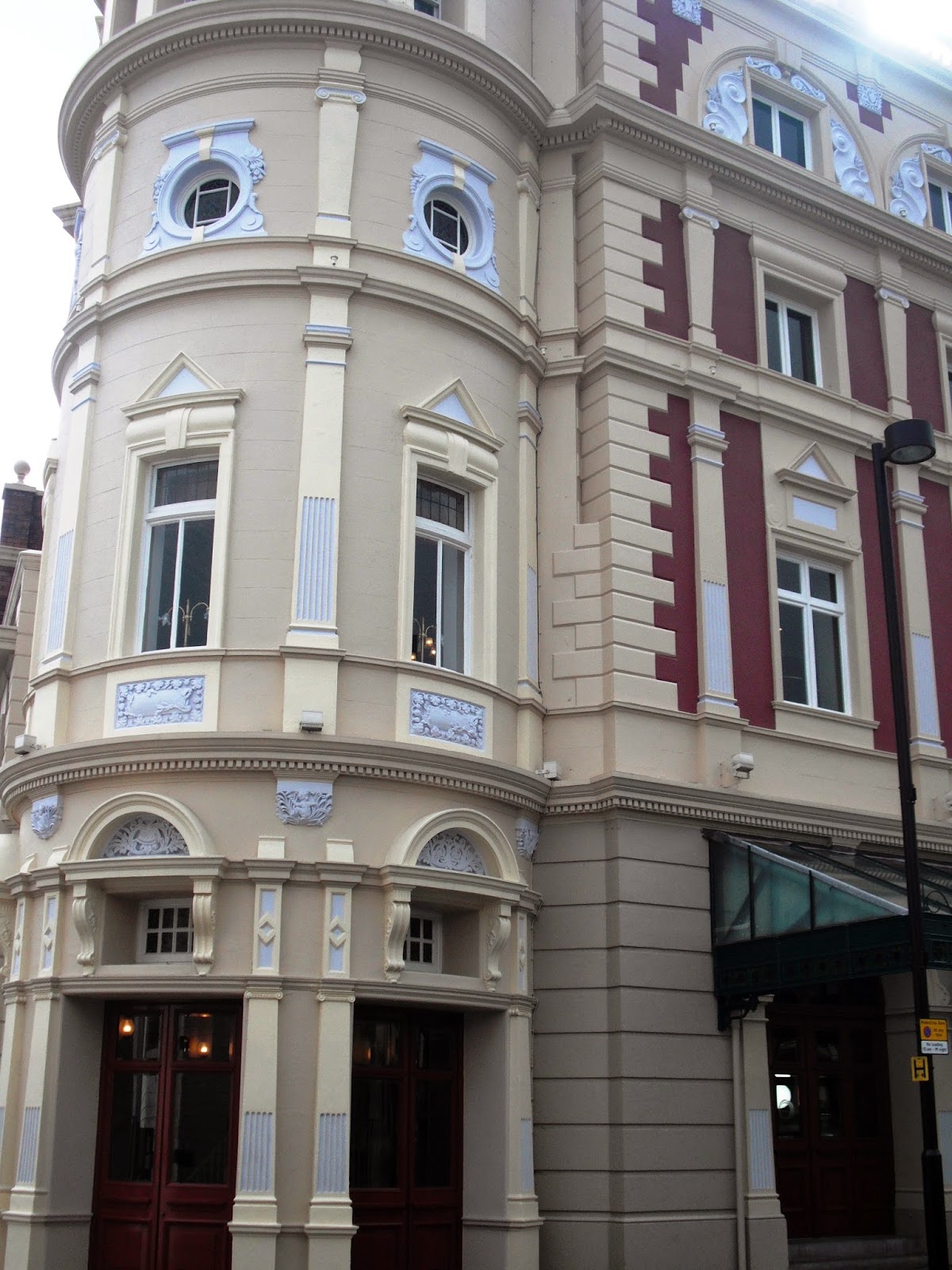 Between 1988 and 1990 the Lyceum was completely restored at a cost of 12 million pounds. More information can be found at Wiki. 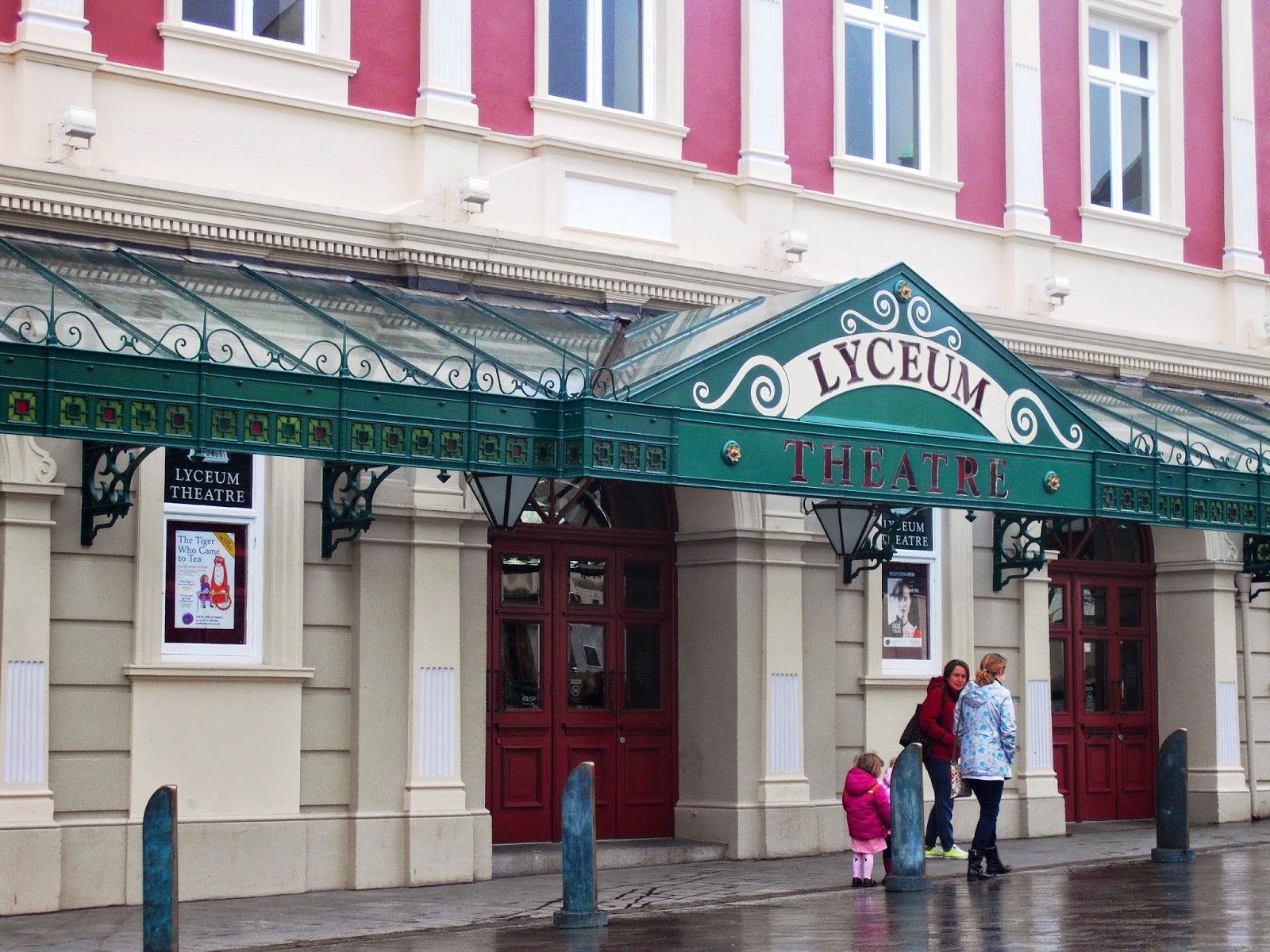 Next stop was the Winter Gardens. We ambled through cameras at the ready, sat and ate our sandwiches, marvelled at the structure, and took in the general ambiance of the place. It was a hive of activity, several groups of school children were being supervised by their teachers as they ate their lunch. 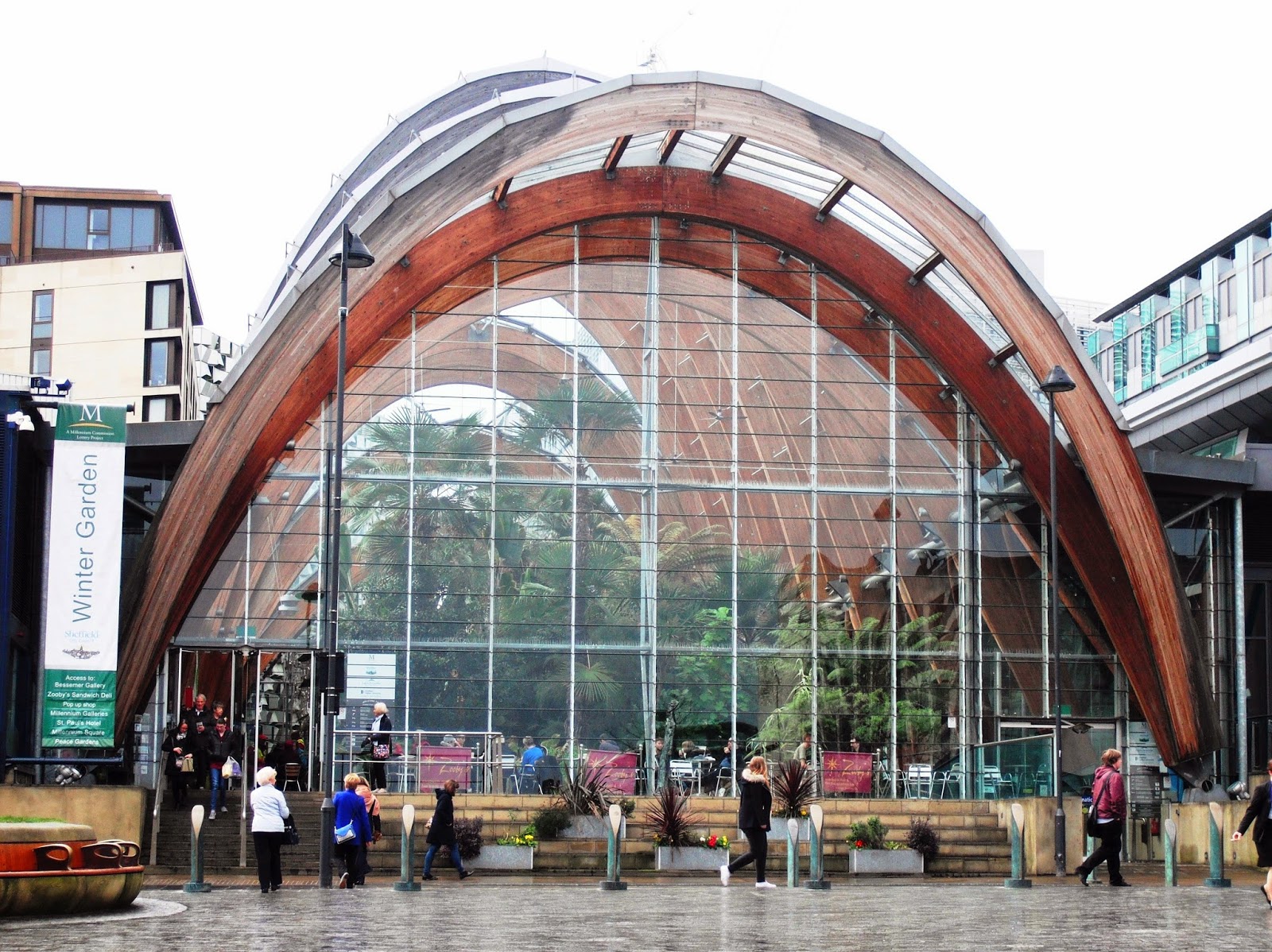 Not many words needed, it was a bit like a bigger version of Buxton. Warm, inviting, tropical, and colourful. 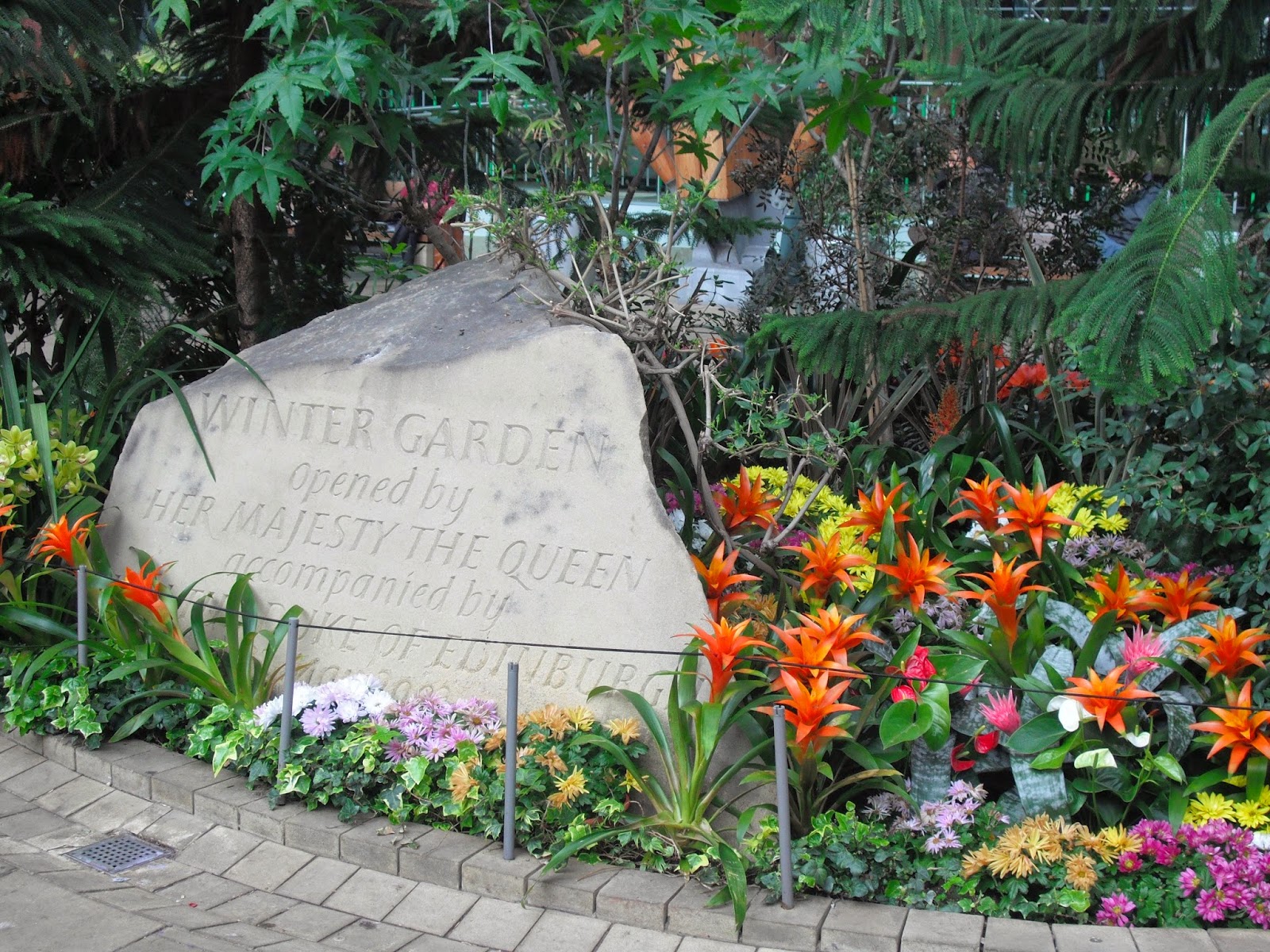 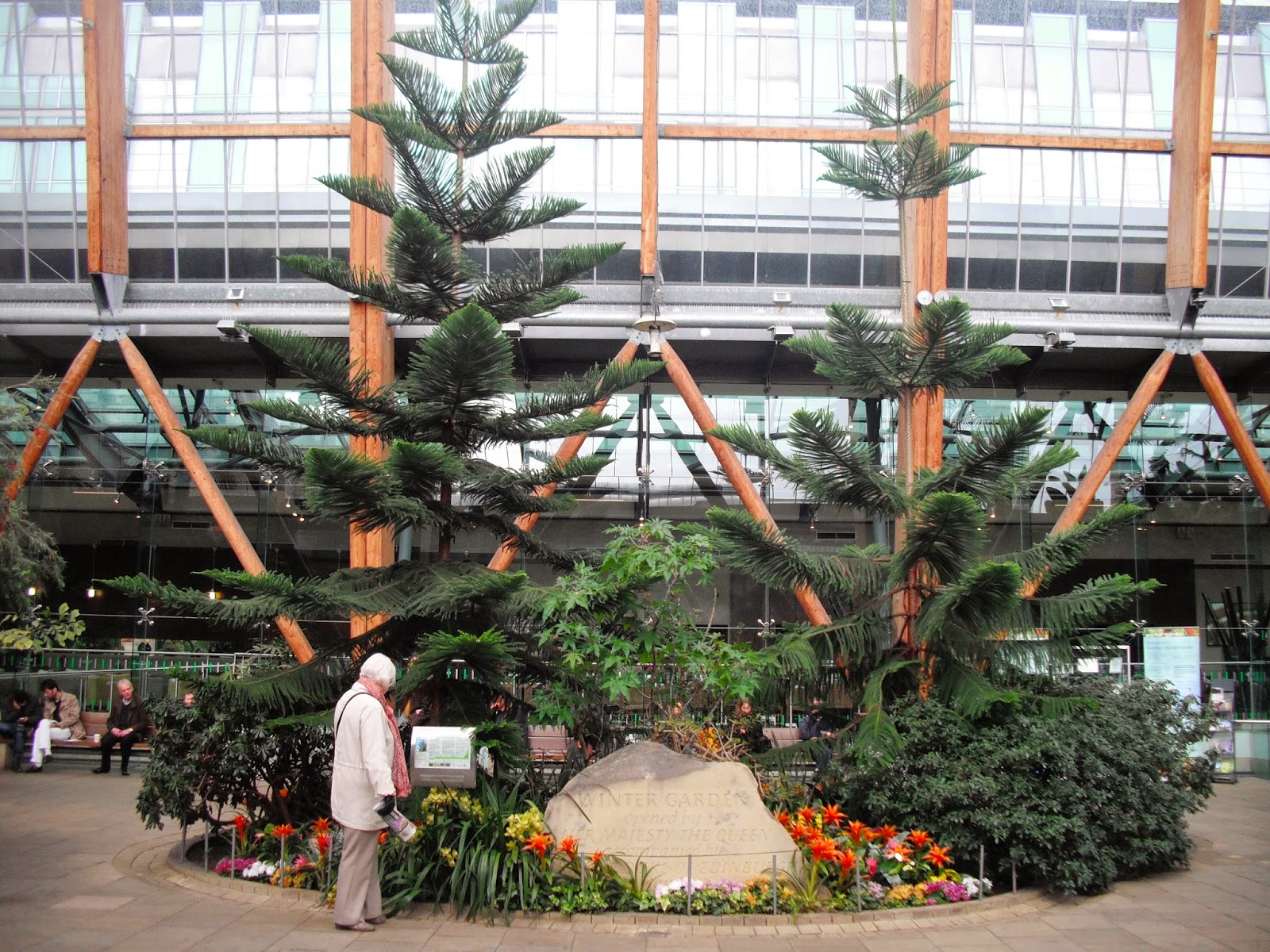 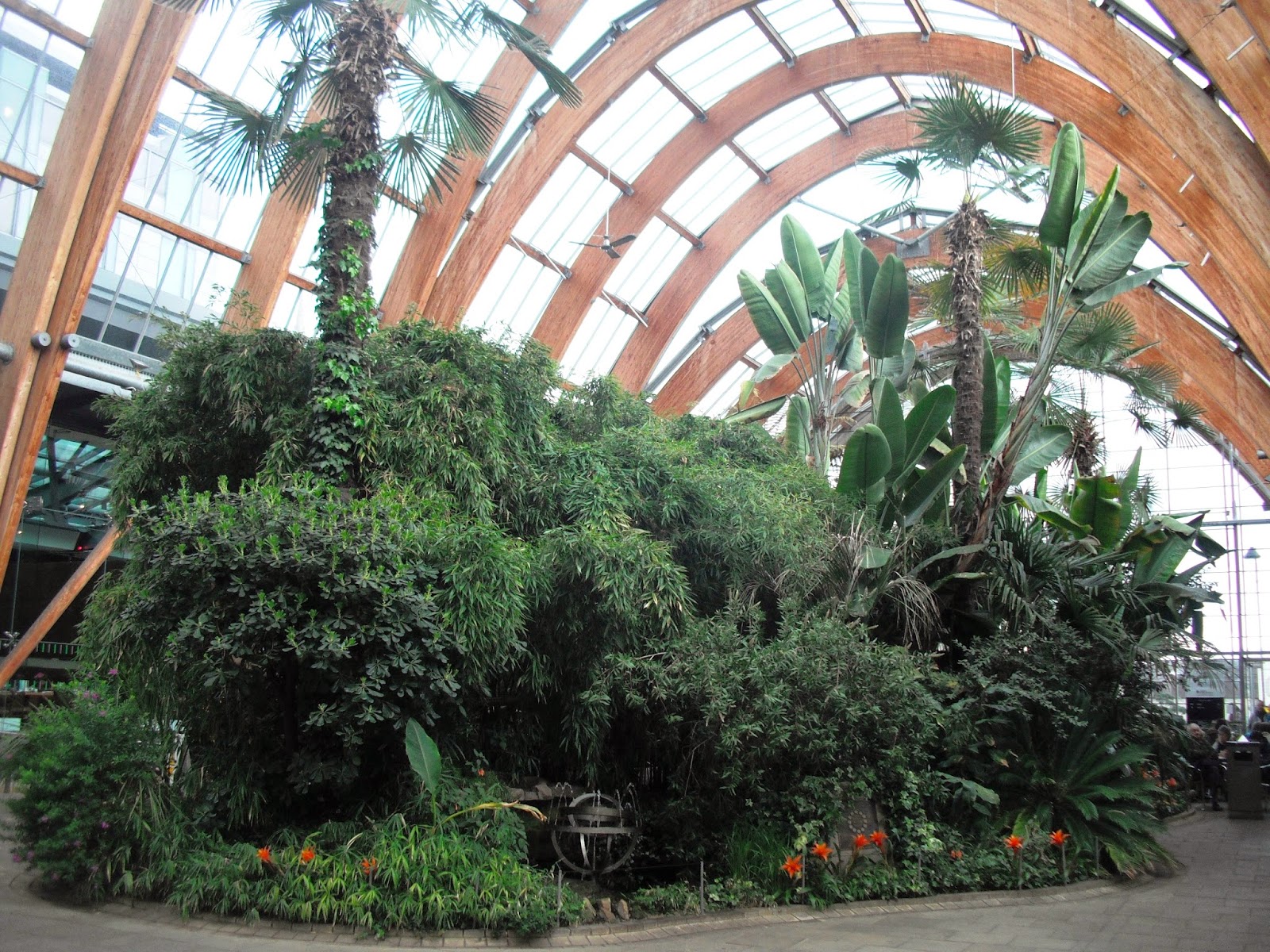 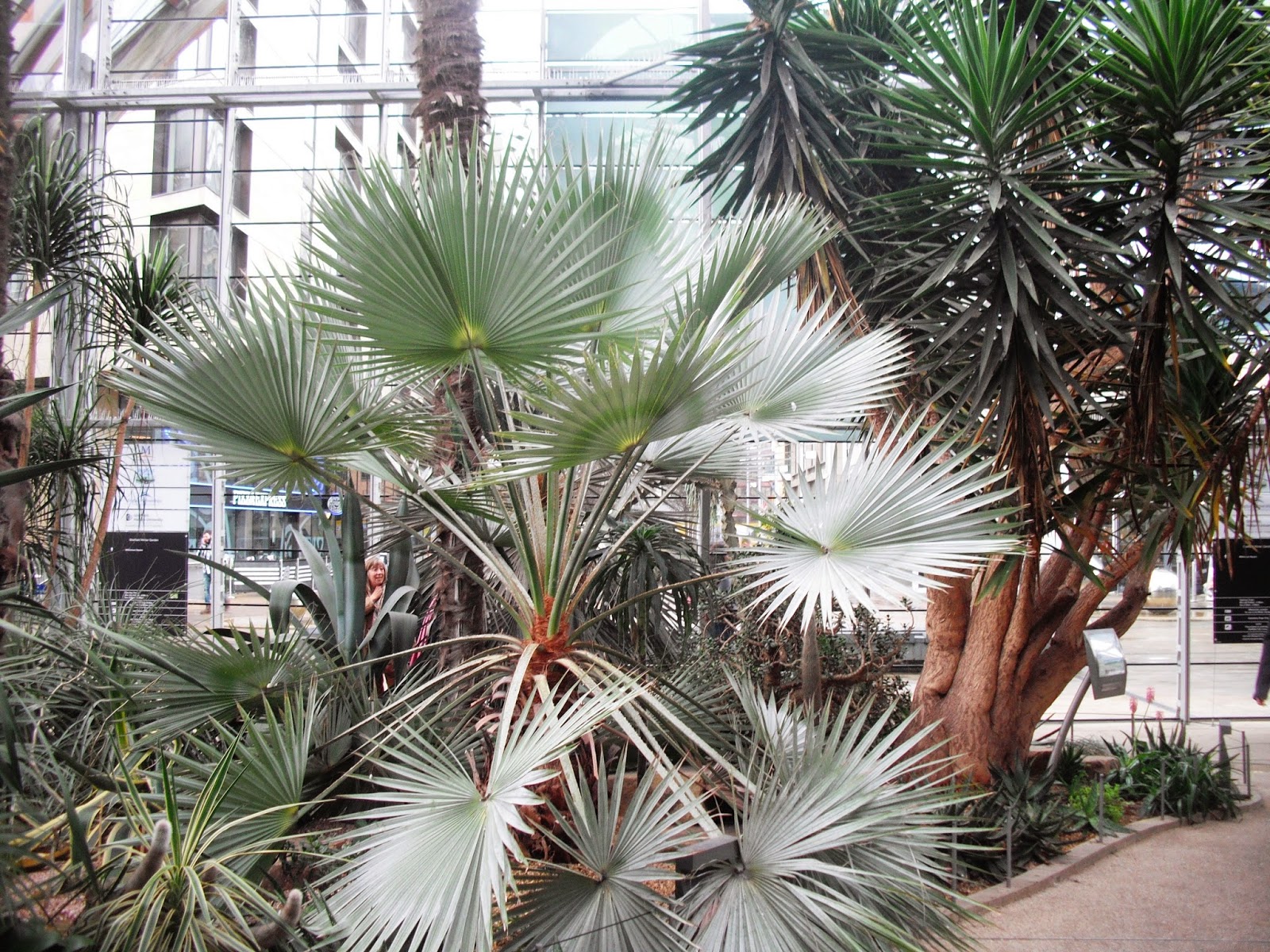 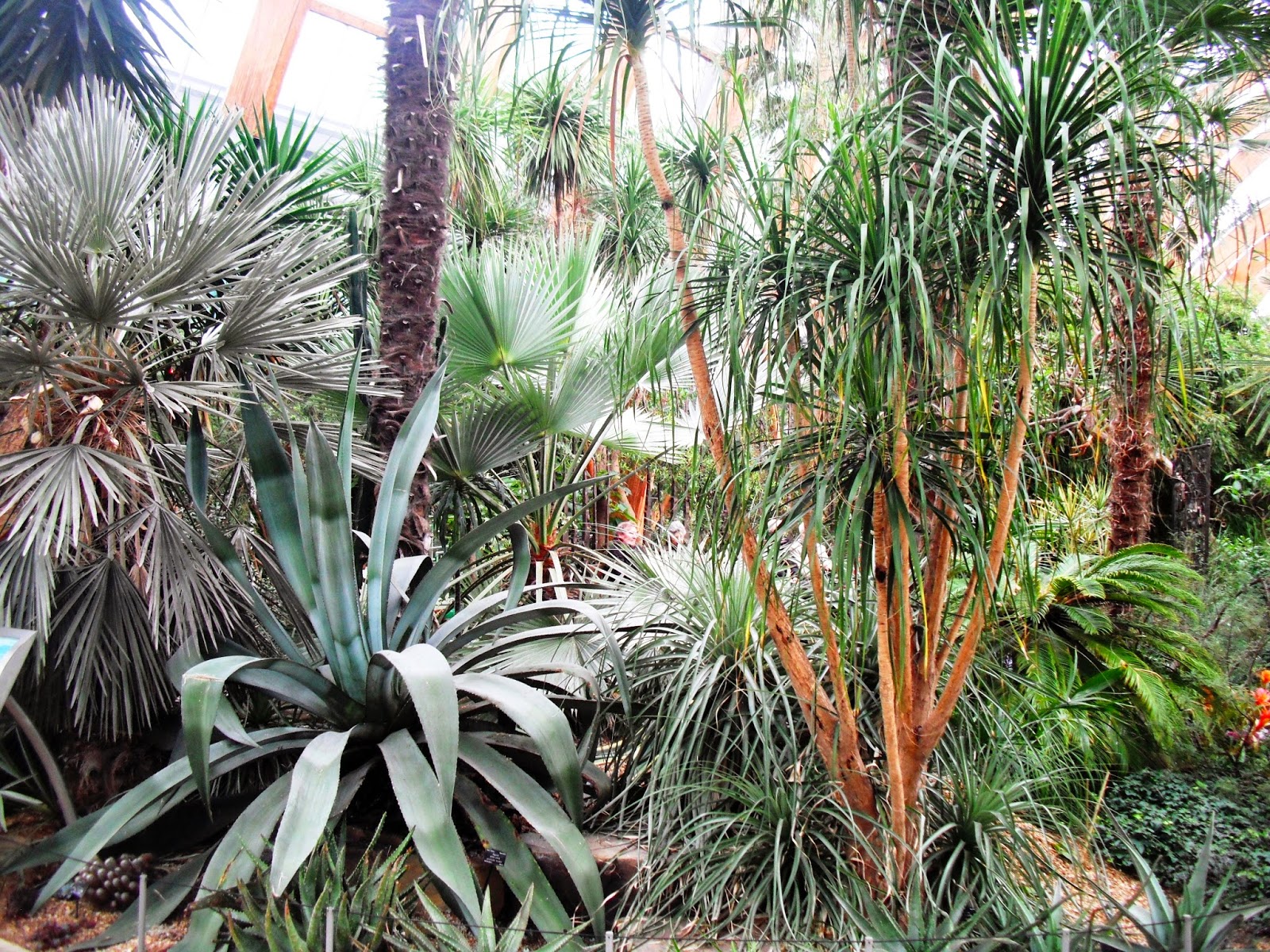 This piece of artwork was intriguing and fitted in perfectly. The harsh rigid lines of the beaten and engraved steel in contrast to, and complementing, the soft lush green foliage. 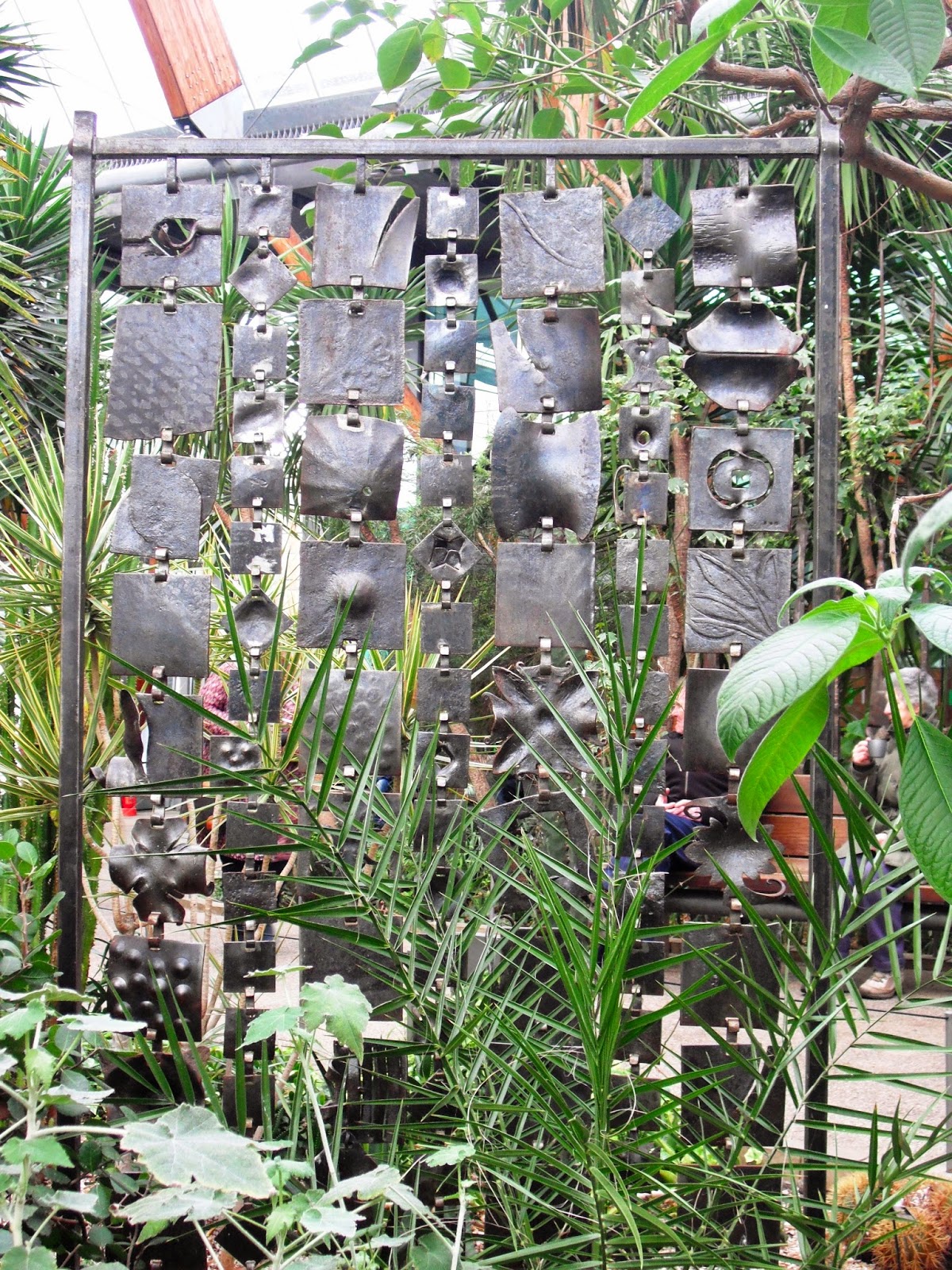 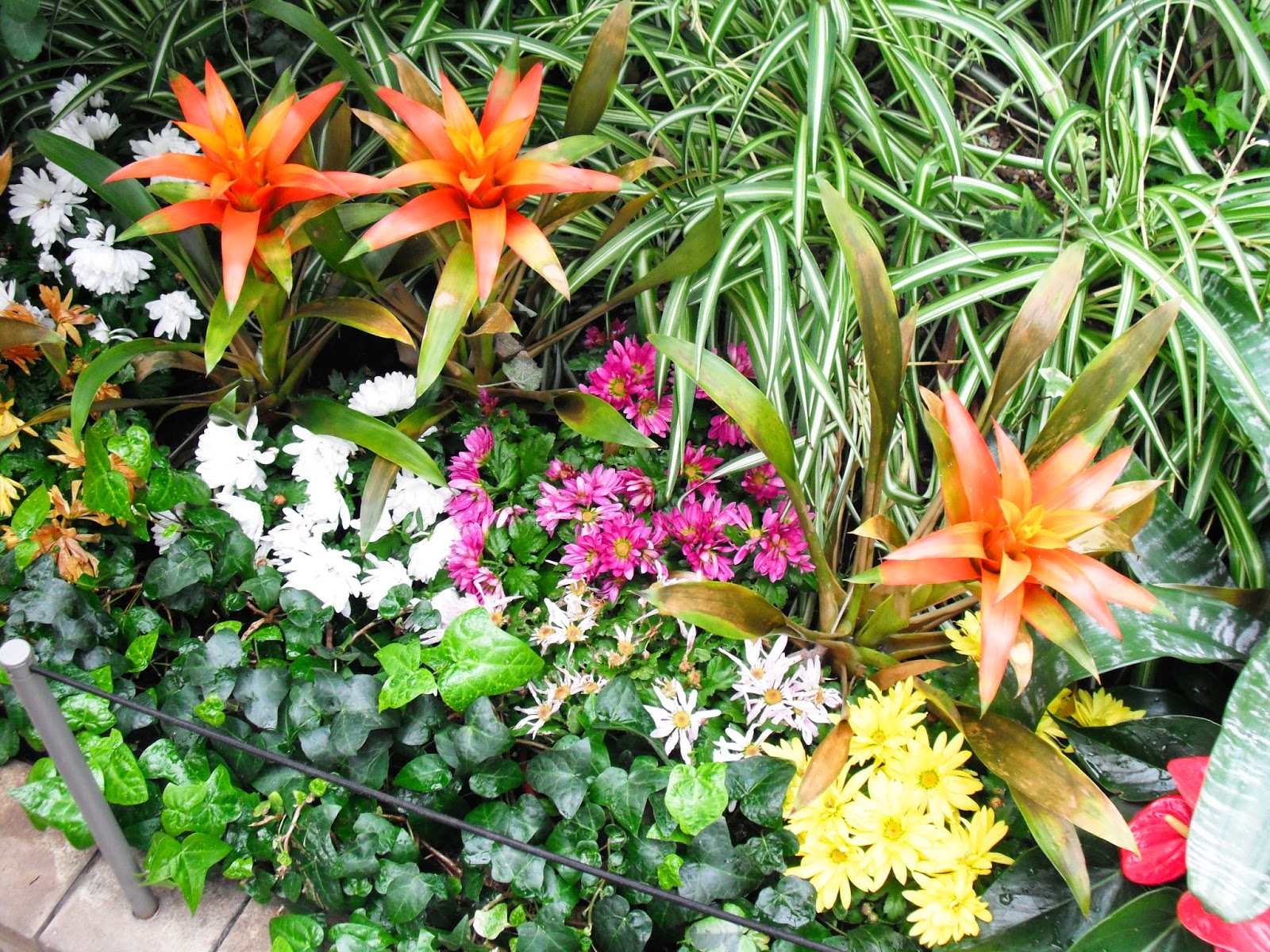 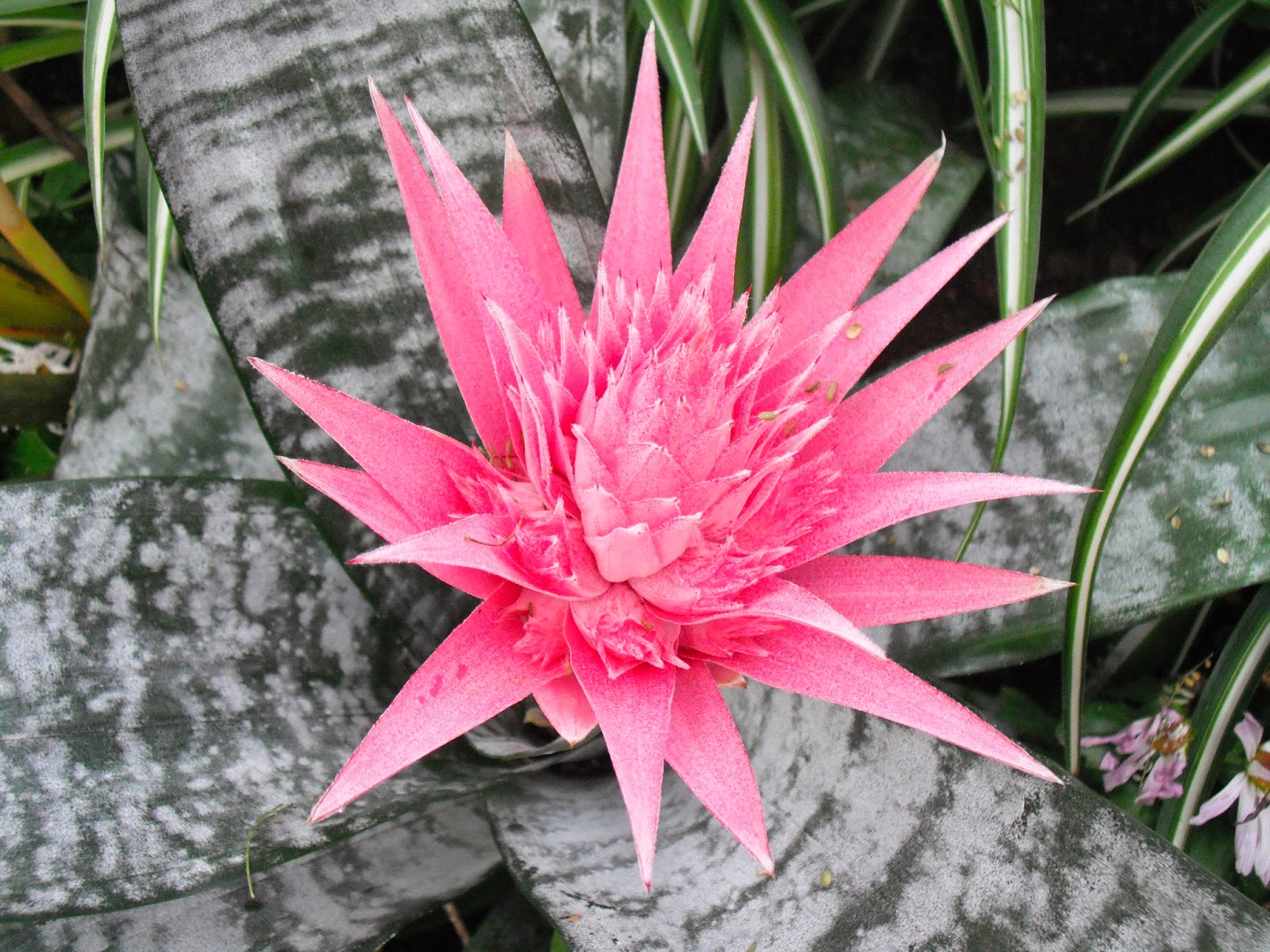 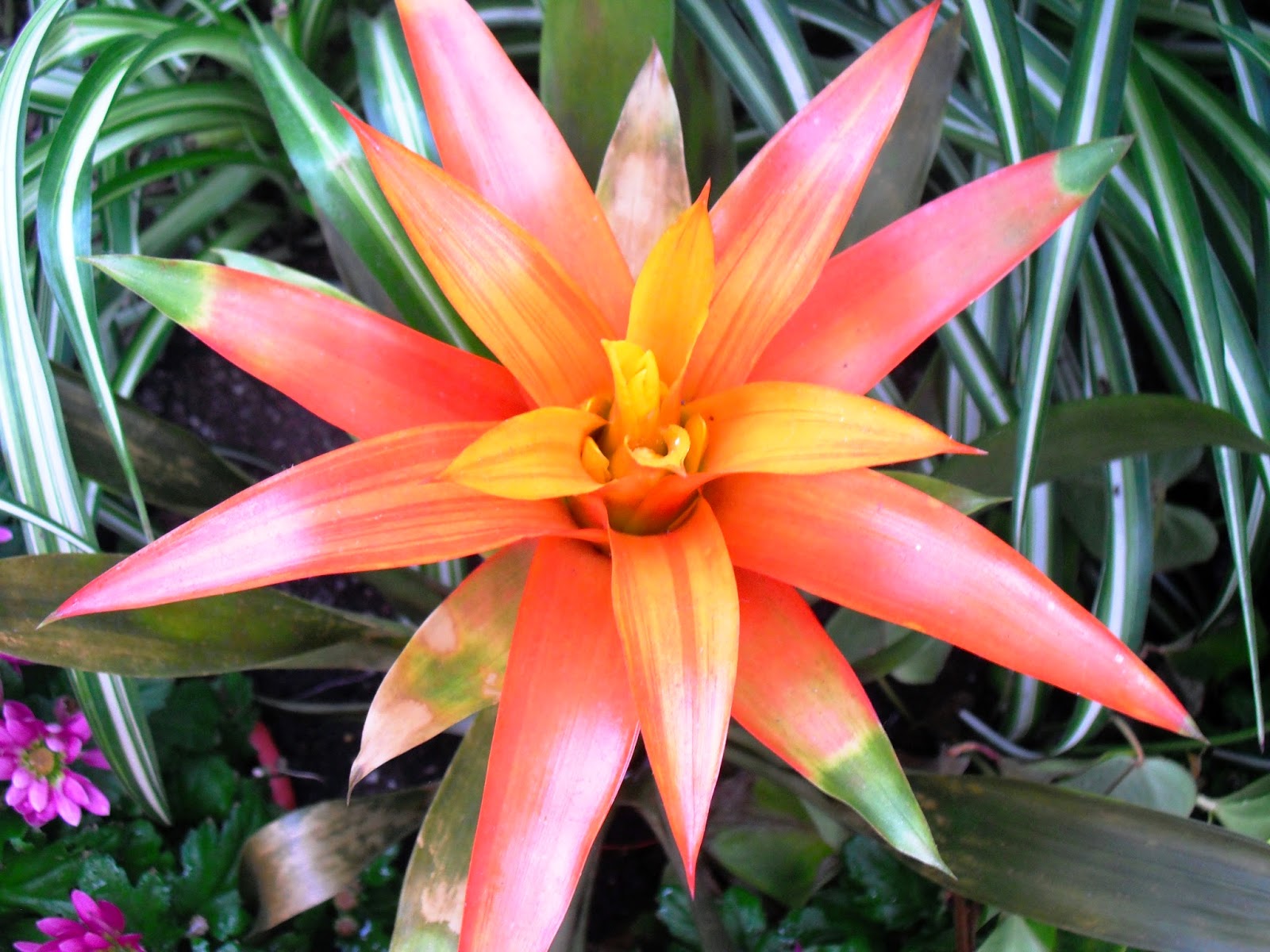 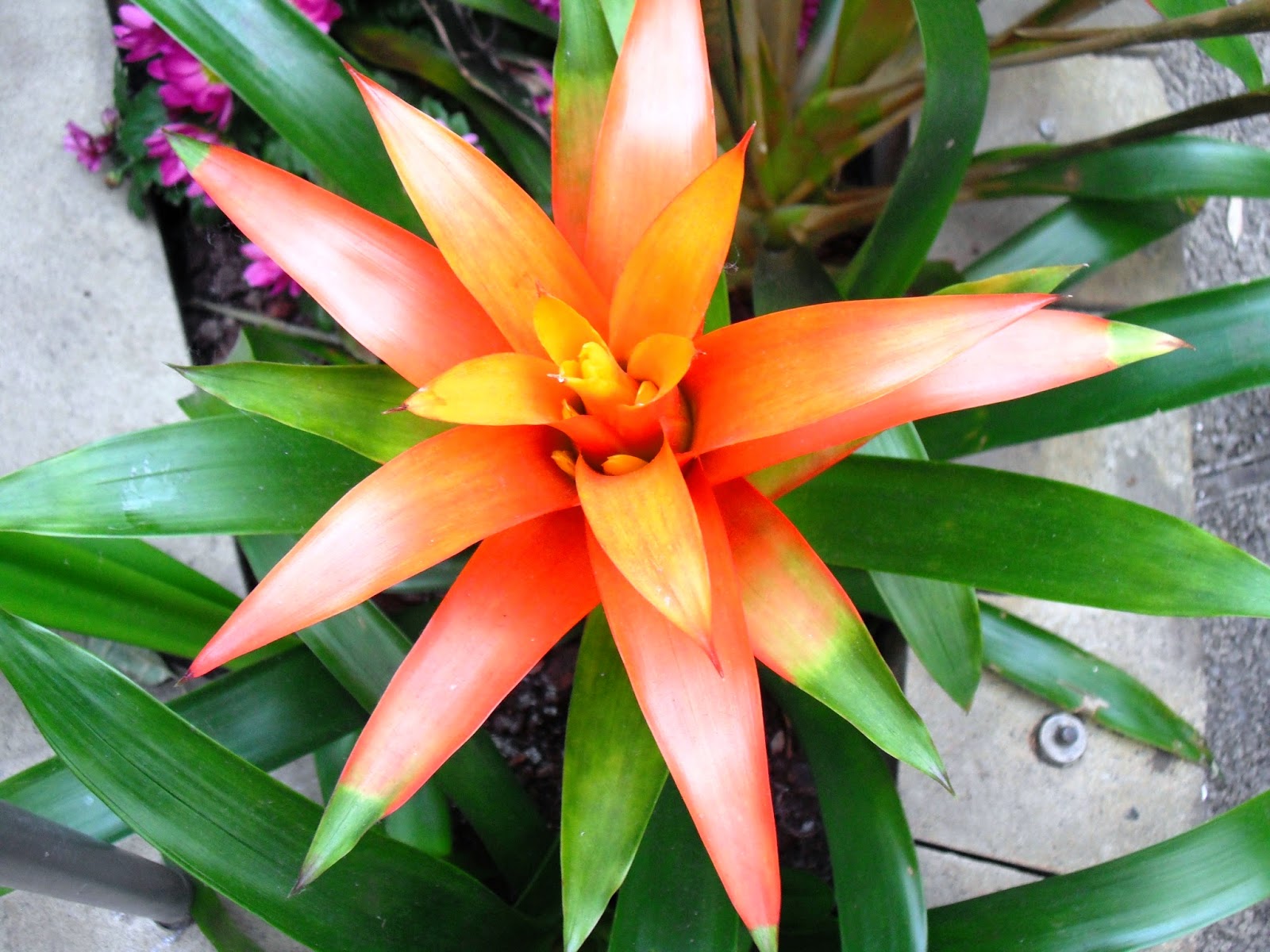 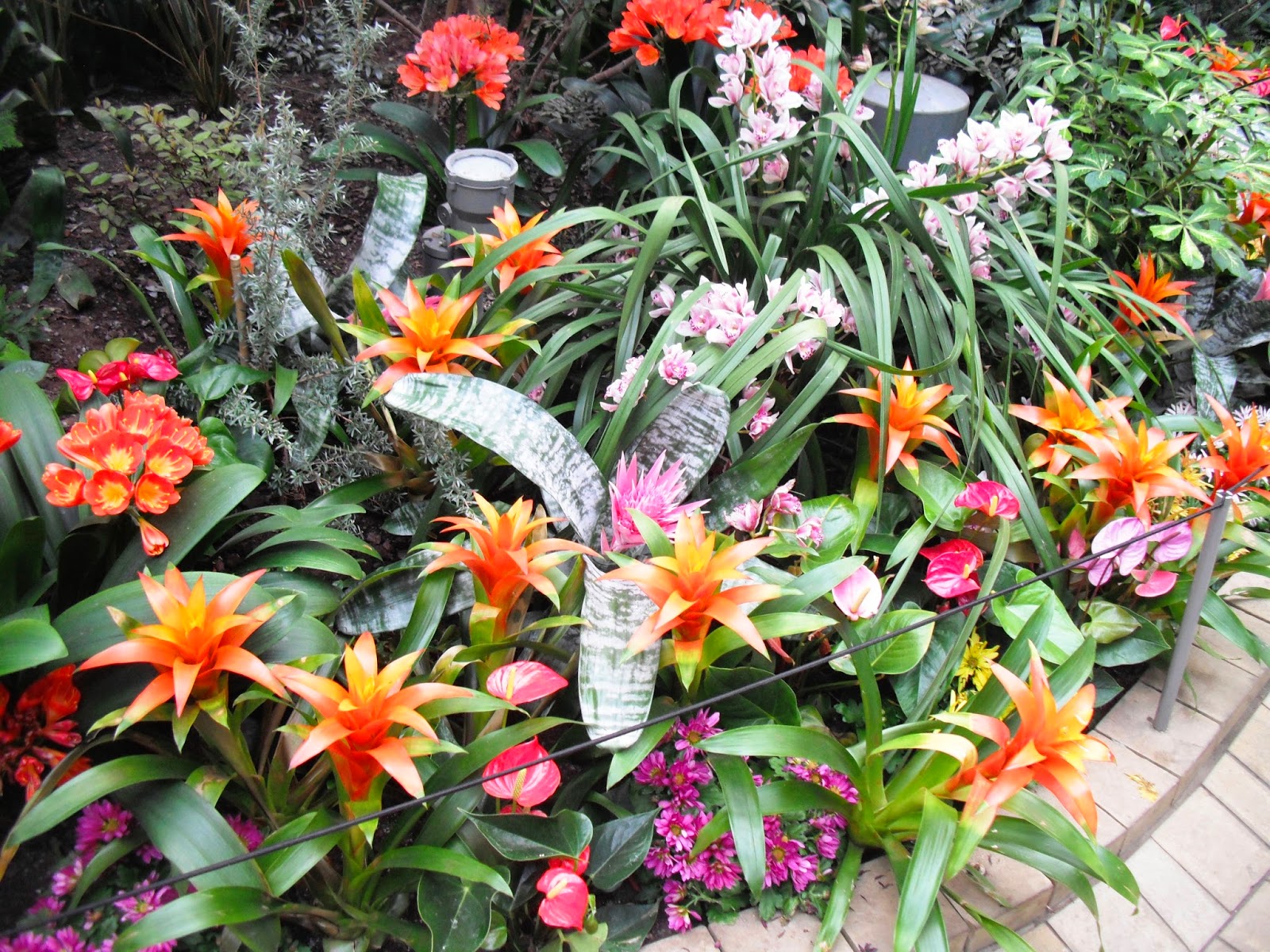 There are more pictures of Sheffield which I'll save for later. Thank you for popping in.
Toodle pip
Posted by Meanqueen at 10:52