Hang on in there, or let go?

Hello. I had an unexpected letter in the post today, which has made me come over all nostalgic. I don't normally spend a lot of time looking back, much prefer to live in the now and enjoy the future, but the renewal form for my HGV and PSV licences has brought my past life into the foreground again.
The trouble with renewals like this is that it reminds you of how many years have passed, how old you are getting, and how little time you have left. Not something I wish to dwell on. I don't want to think that each day  passing brings me closer to death, I would like to live for a very long time.
I renewed my licences the last time the reminder came, even though it was unlikely that I would need them again. I didn't want to let go of 'Ilona the Trucker', completely. But now I am thinking it might be the time to let go. I have reached the age when a renewal and medical is required once a year to keep the licenses. Although I am fit and healthy, and could jump in any lorry on the road and drive it, the law says I must cough up the dosh for a bit of paper giving me permission. A medical can be up to £150, though there are self employed doctors who will do it for less. I would need a new photograph, £5 in a booth, plus it's £17 for the new licence. Proof of identity has to be sent and my passport has run out. I have to get someone to sign that I am who I say I am. Is it worth it for just one year, when I might not need it. I'm in a quandary.

Maybe I'll look through some of my press cuttings. August the 4th 1976. Burton Daily Mail. My training lorry, a Ford 'D' Series with a flat bed trailer, with J Coates of Leicester. 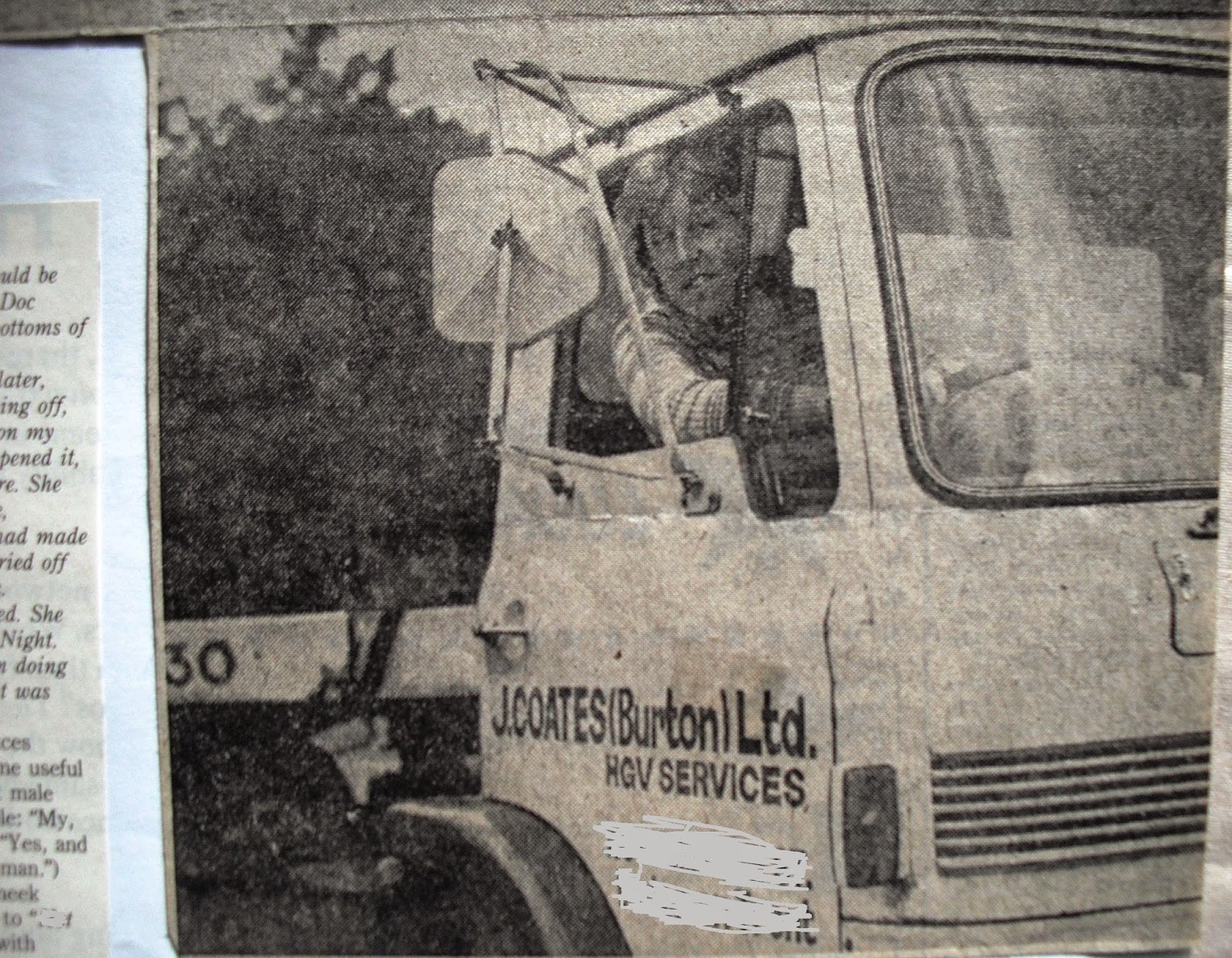 December the 12th 1966. Derby Evening Telegraph. I was working for British Road services at Alvaston, Derby, driving a DAF 6 wheeler curtainside, on contract to Hazlewood Foods. 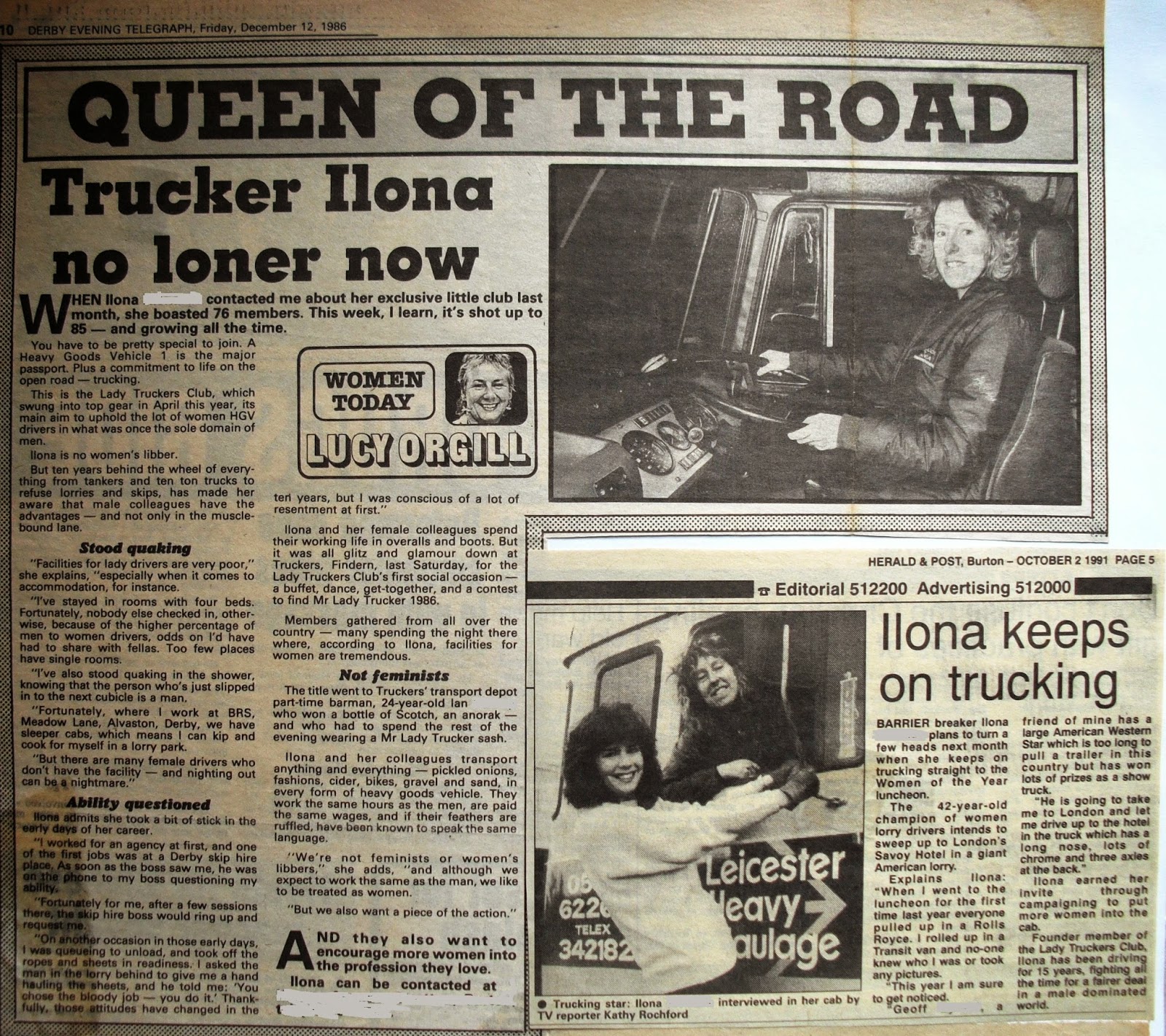 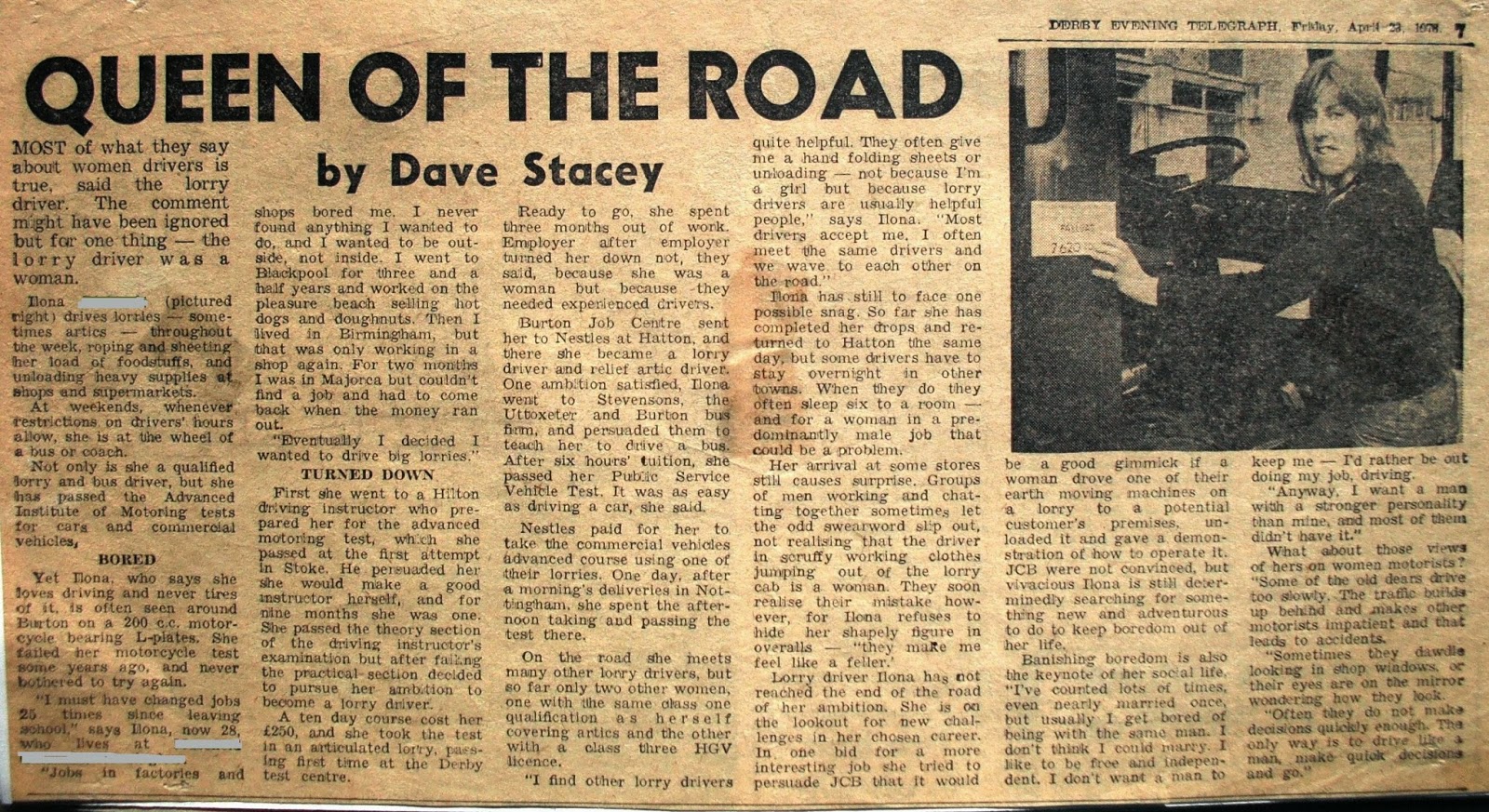 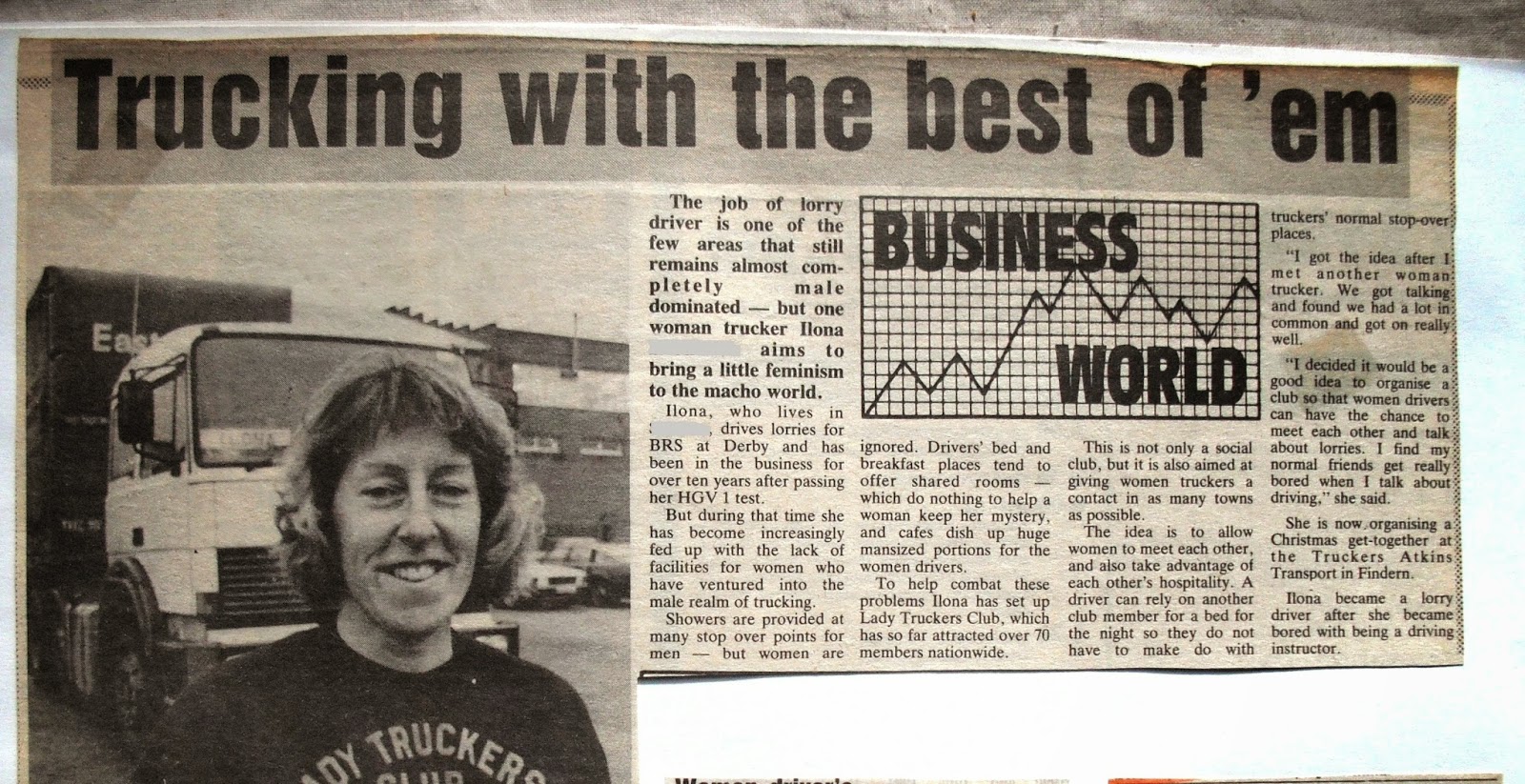 Can't put a date on this, I was doing agency work at Allied Brewery, and borrowed the lorry for the photograph. 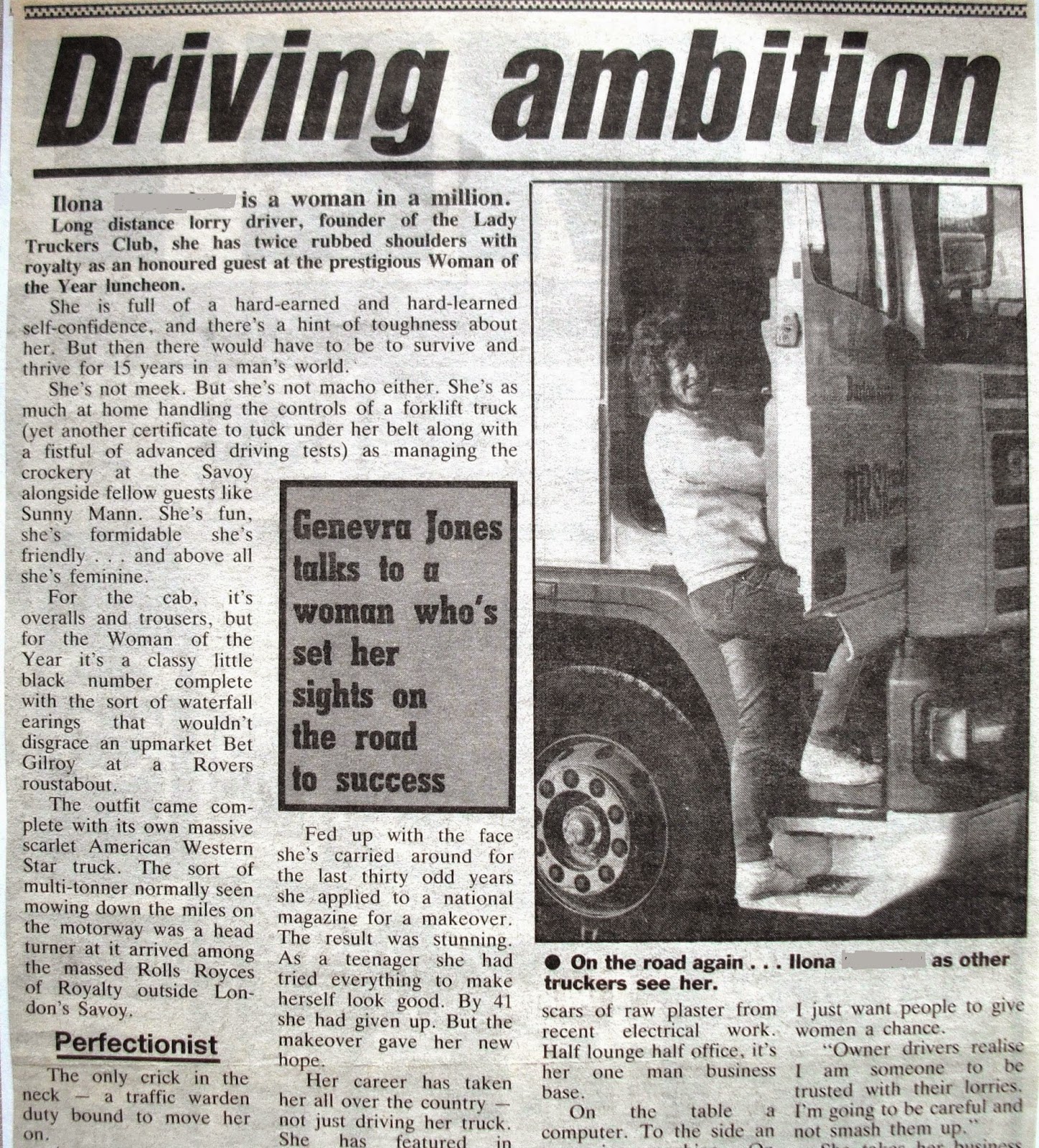 Another one with a borrowed lorry, I lived opposite the BRS depot. 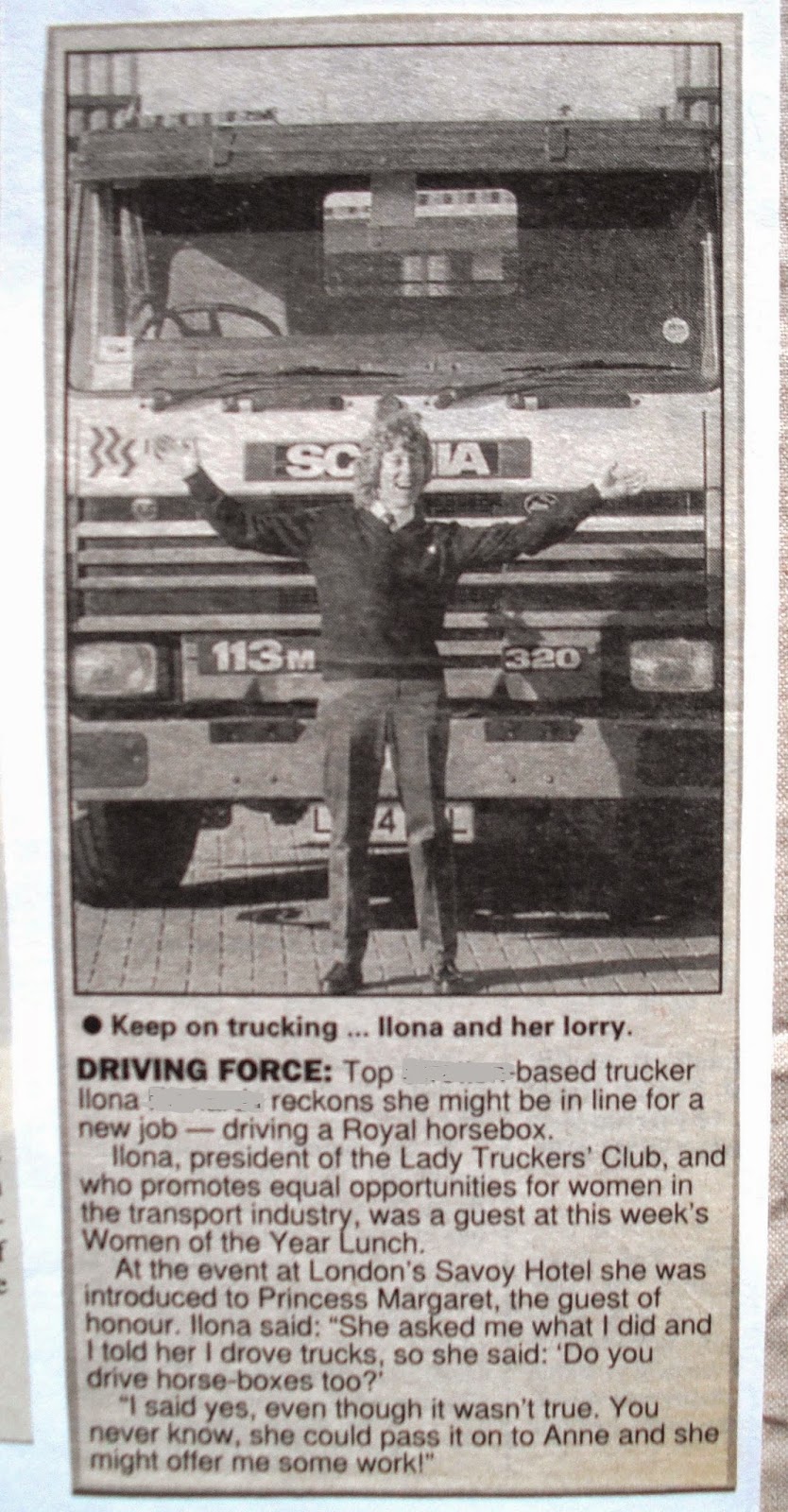 This photo was included in the same article as Driving Ambition. 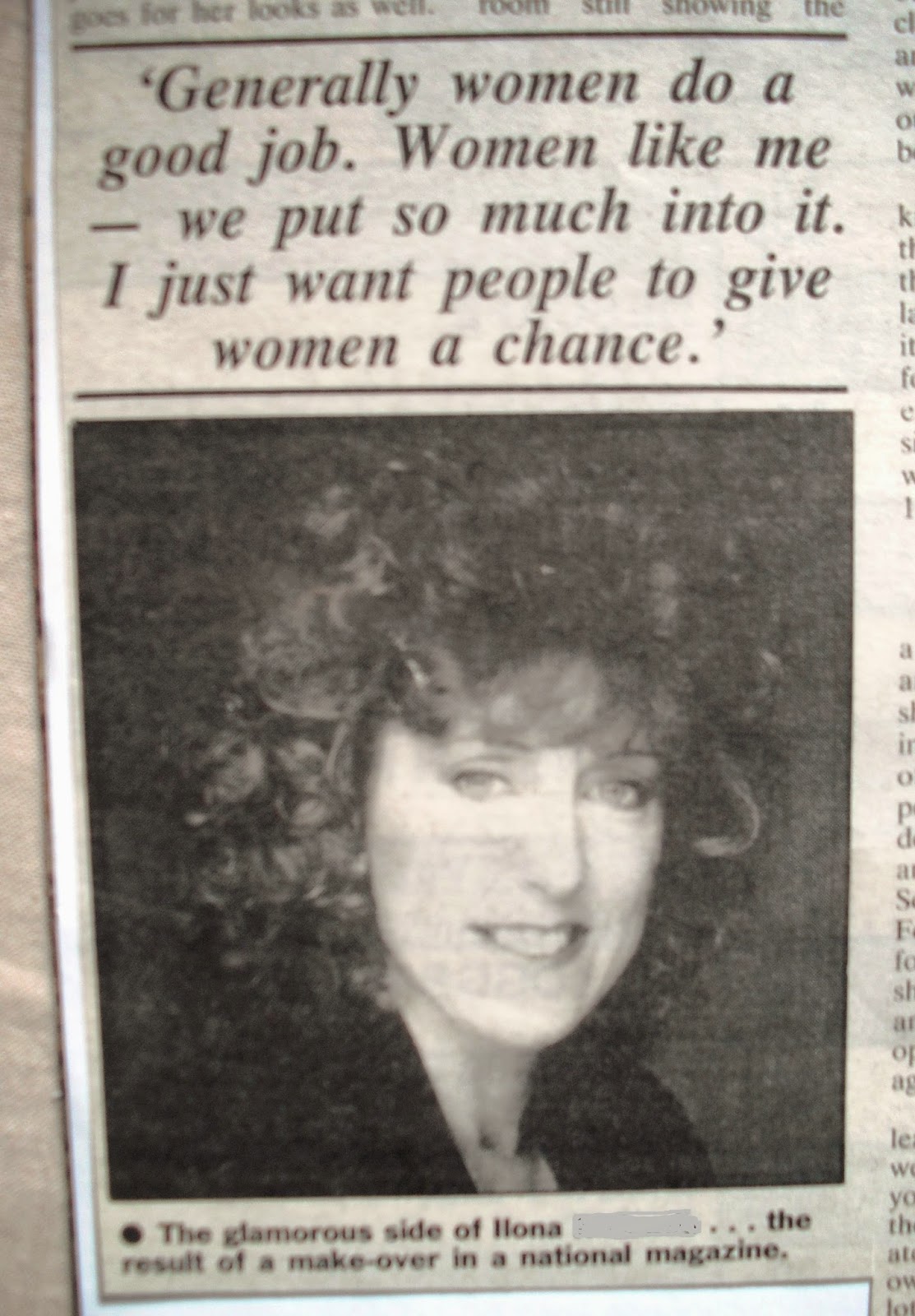 An article about agency drivers in Trucking International. 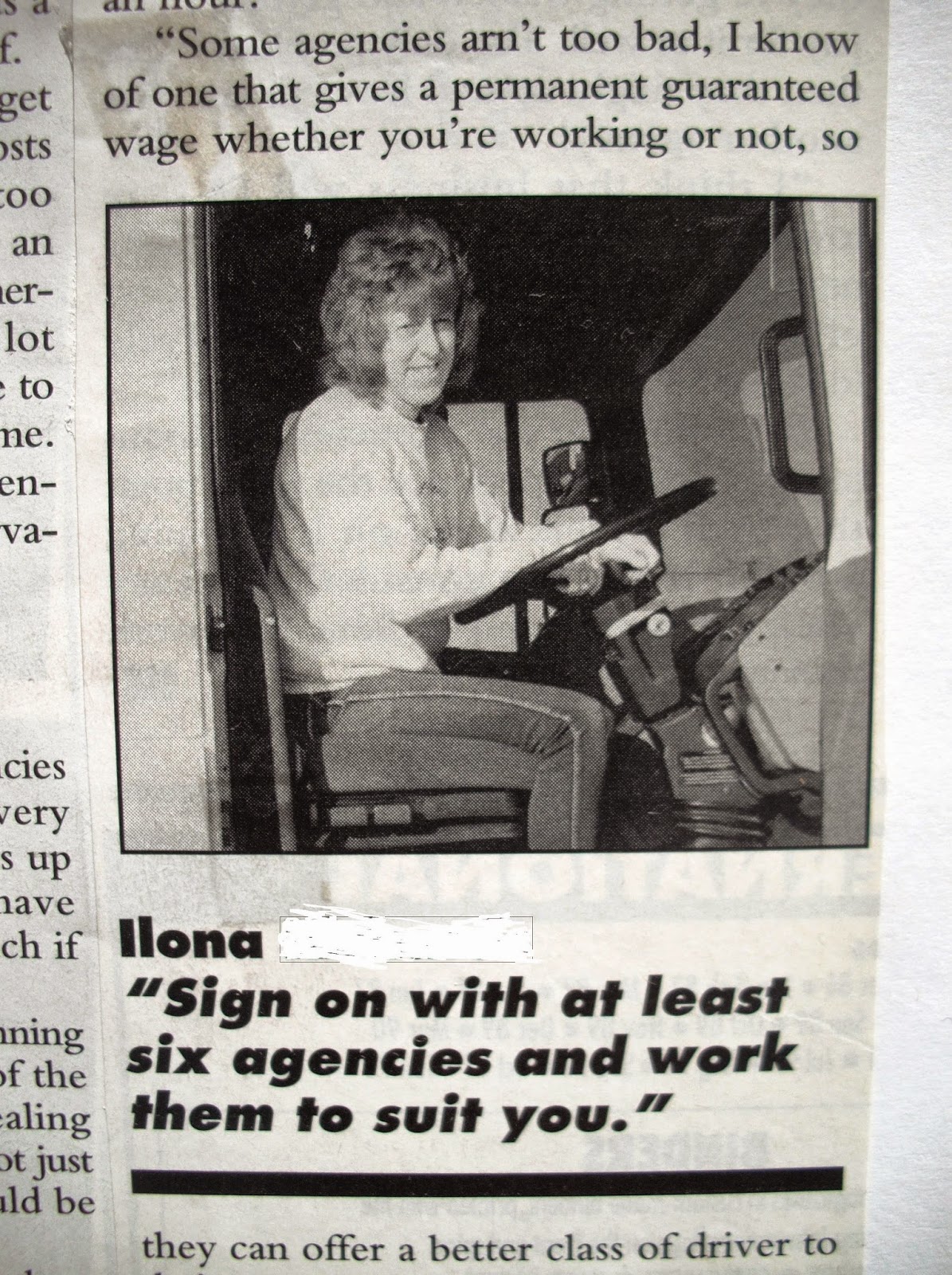 Owner Operators was a paper for drivers who owned their own vehicles. I never did own one, but they included articles about all aspects of transport. I am working on the back of my low loader, putting the timbers tidy after unloading, getting ready to go to the next job. 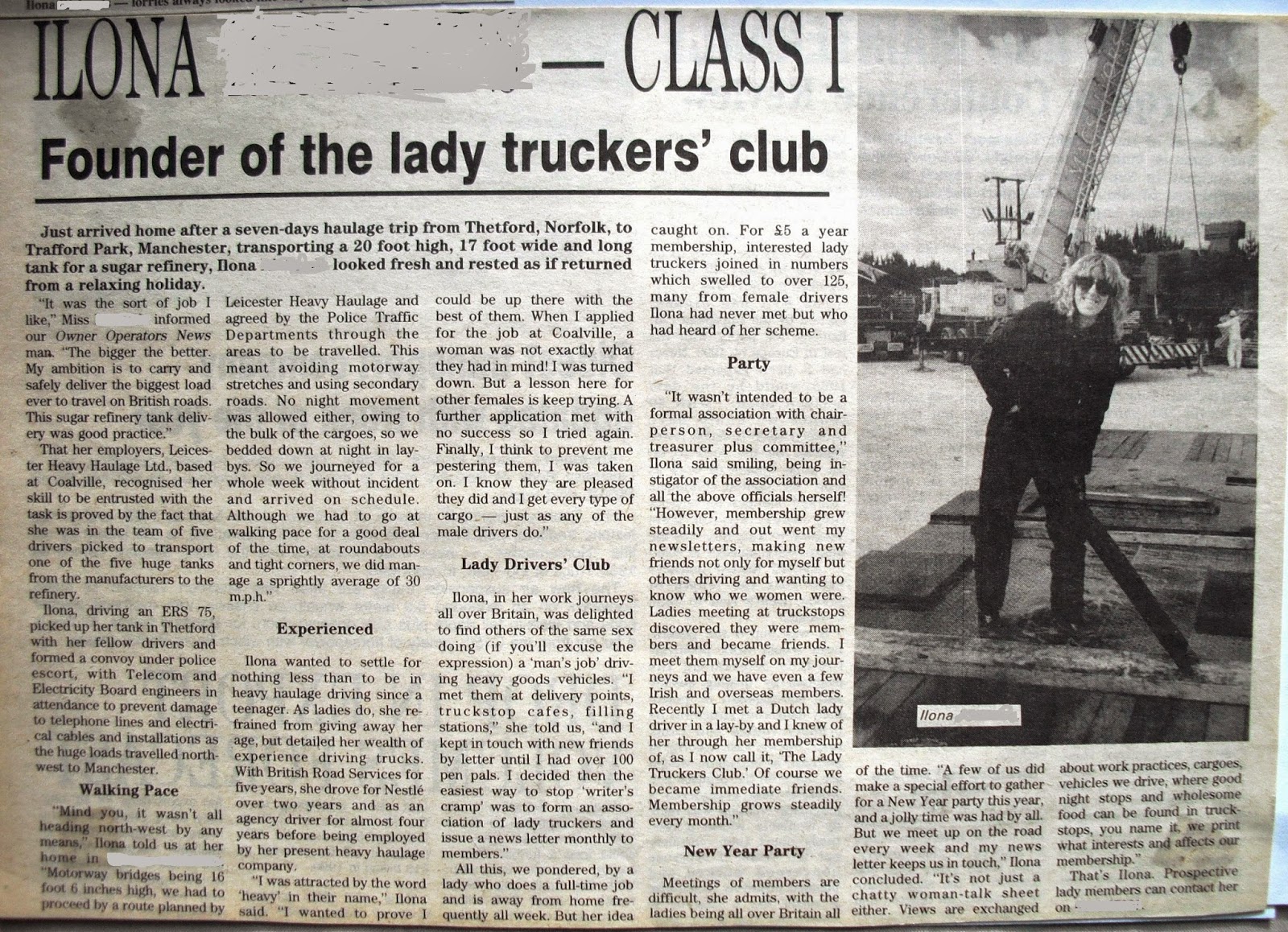 An article in Commercial Motor. Wearing a Lady Truckers sweatshirt, with my favourite lorry, an ERF. This was plated for 75 tonnes. 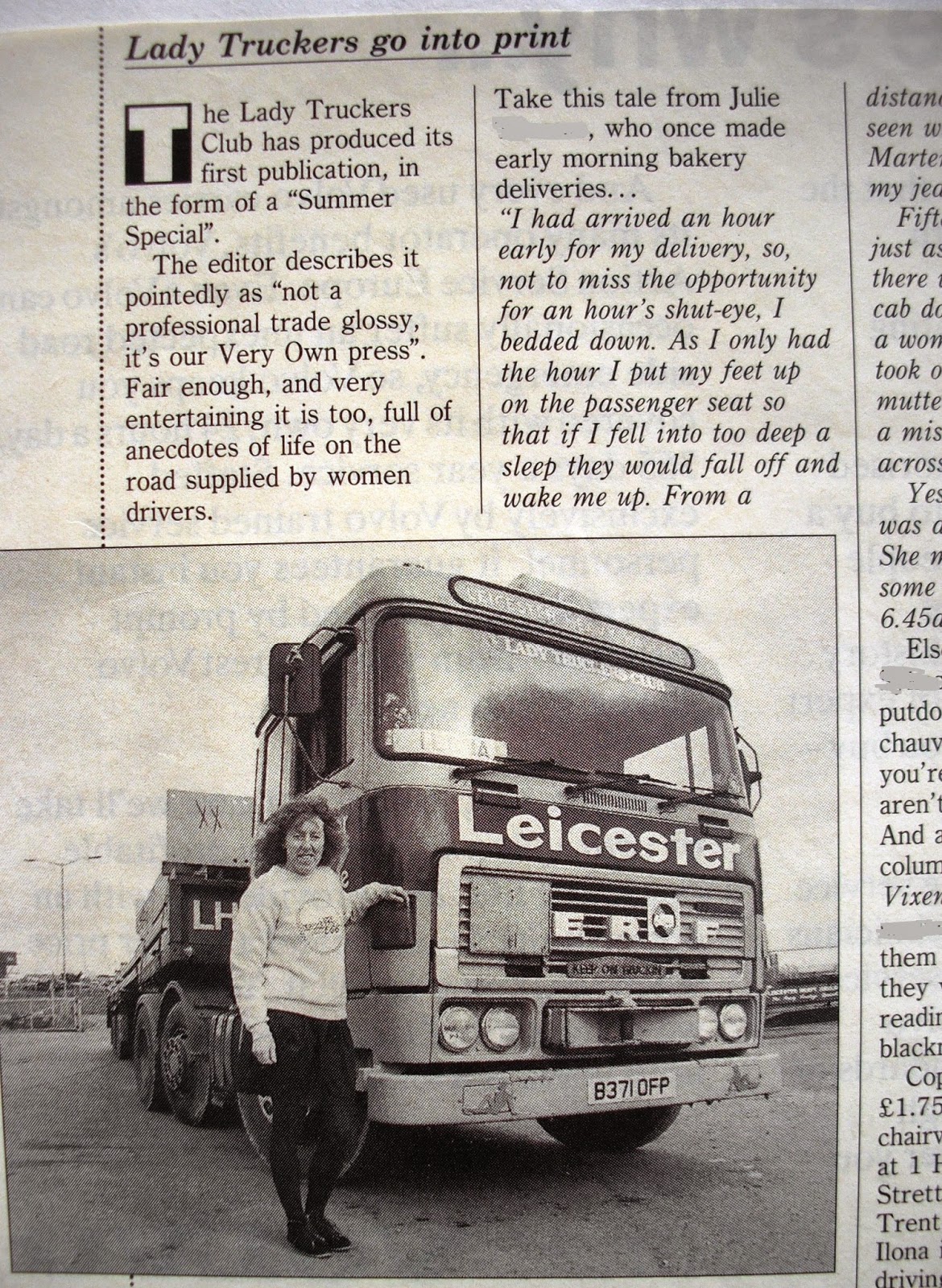 I made the front cover of  the United Road Transport magazine. Blimey, almost 21 years ago. At the time Rugby Cement were all owner drivers. I did their holiday relief, working from all four depots, Rugby, Southam, Barrington, and South Ferriby. It was bulk powder tankers carrying 26 tonne of cement. 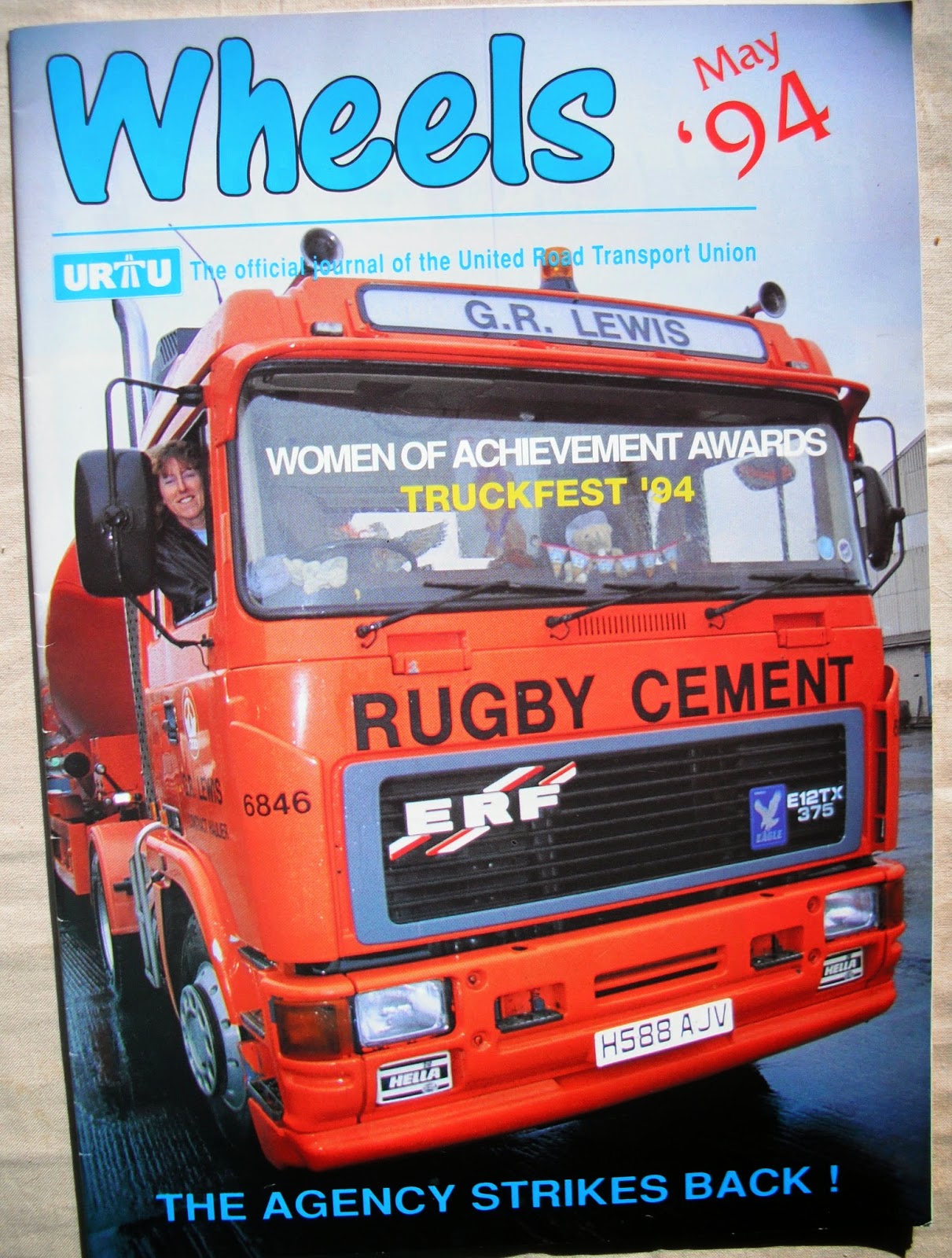 This is my favourite truck and the best job I ever had. I loved heavy and general haulage. Never knowing what you were going to carry, and not knowing where the work would take you. This was a water filtration plant, I took it from Gloucester where it was made, to Goole docks, where it was loaded onto a boat. It was 17ft 6ins high, and a lot wider than the trailer. Police escort most of the way. 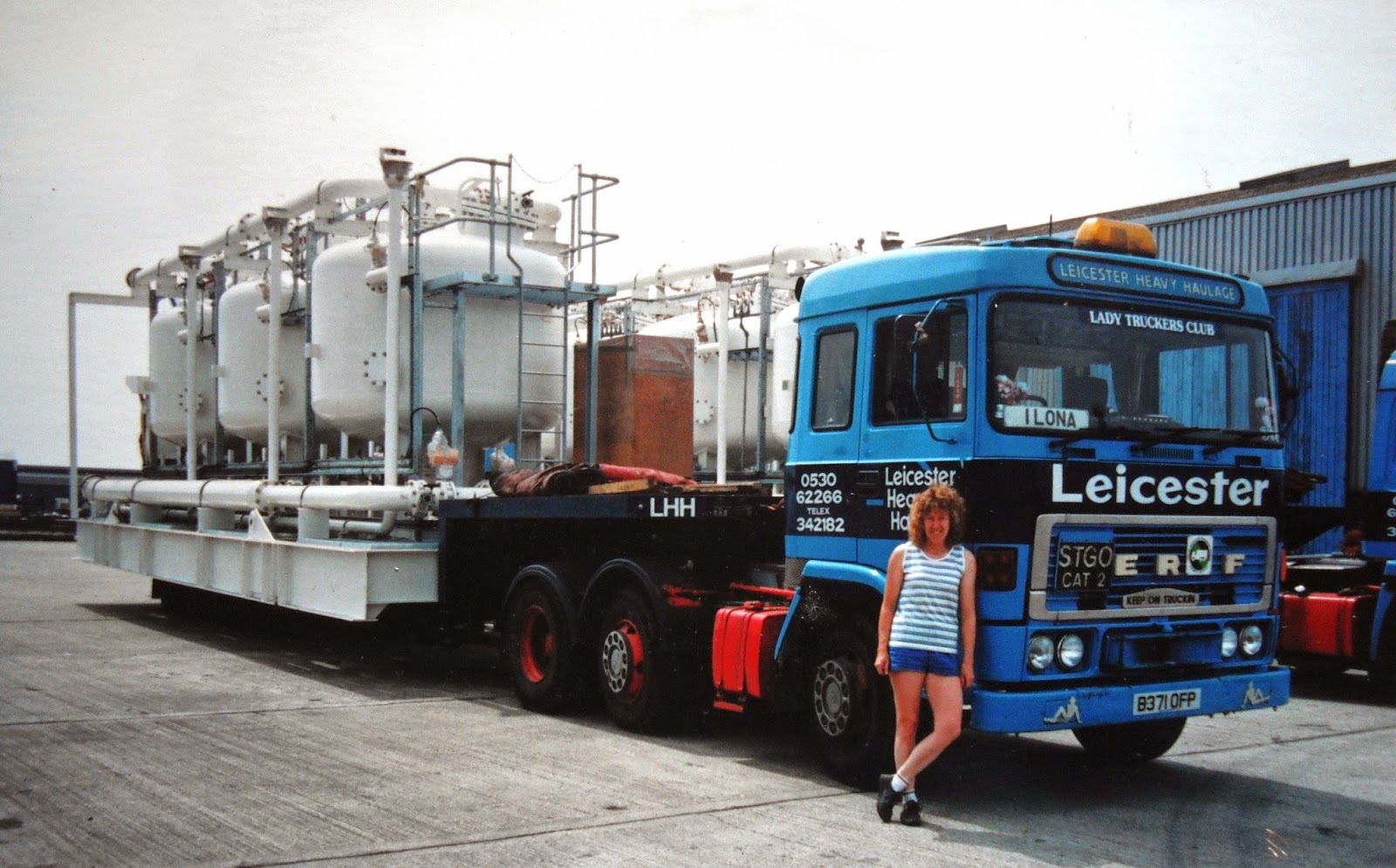 I am looking at these pictures and thinking what do I do now. My licence expires in six weeks, Do I build the cost into my budget and think what the heck, lets keep it, or do I follow my own rules of not looking back, but moving forward. Ironically, while I have been writing this a phone call came in, someone asked if I would do a trucking talk for their group. My name and number are still circulating even though I have turned down a lot of requests like this because it's been six years since I last drove a truck. We reached a compromise, I offered to do a 'Life after Money' talk instead, she agreed to that.

Talking of moving on, it's the last day of our Post Office today. In just over two hours it closes for good. I have been in to see Hilary, she is pleased she is retiring, and will get her house back. Things don't stay the same forever.

Some thought needed here. I will put the application away for a couple of weeks. When I read it first time I thought, nope, time to give up, but then I got these cuttings out and now I'm confused. I'll keep you posted.
Toodle pip
Posted by Meanqueen at 15:14