Hello. I've got a list of jobs to tackle, been ignoring them for a while. Now is the time to get organized. I bought a spiralizer last week, and I am not happy with it, so today I took it back to The Range for a refund. This is it. 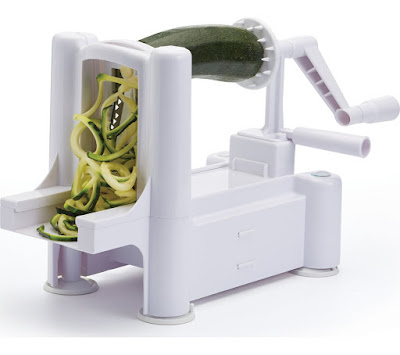 I thought it was very poorly designed, , the spirals don't come out in one long string, my carrot ended up as lots of small slivers. Also the picture doesn't show that the centre core finished up as a long stick, and I want the whole of the vegetable spiralized, not just the outside. The blades are about four inches long but only the inch at the top does the cutting, so why have they got such long blades.
I took a carrot with me and had three staff members trying to work it out. They thought it wasn't very good, but they said only the manager could authorize a refund, so I asked them to call him. I was not going to be fobbed off. It genuinely isn't fit for purpose. The handle is flimsy and I imagine it wouldn't be long before it broke. And I don't want the centre of the vegetable coming out in a long stalk. I was hoping it would cut down the cooking time in my steamer, but the pieces are that small I would be scraping them out of the basket. Anyway, the manager came and I had a refund. If anyone else has got one of these, how are you getting on with it? I Don't think I'll bother looking for another one.
Next stop was Tesco. I had notice about six weeks ago that my Talk Talk Vodafone was ending it's PAYG option, and anyone wanting to stay had to sign up to a contract for £10 a month. Well I don't want that, so I found out that Tesco has a similar PAYG, so today I got a new sim card and the lady on the desk went on the web site and changed my number over to them. It will become operational on Friday. I put a £20 top up on it so that will last ages. It's on the 02 network.
While I was there I had a quick look at the reductions. I was too early for the final and third sticker, but I did get a few bargains. There must have been a hundred or more avocado's, so they were slashed down to 10p each. Ten for £1, a bargain. 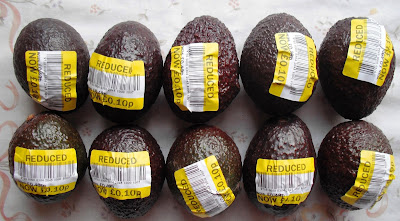 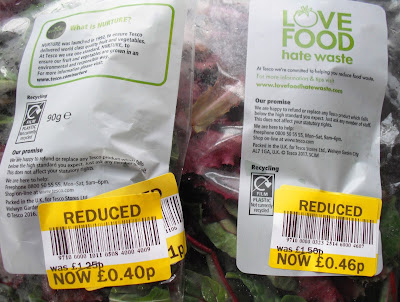 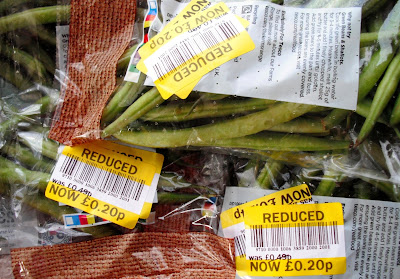 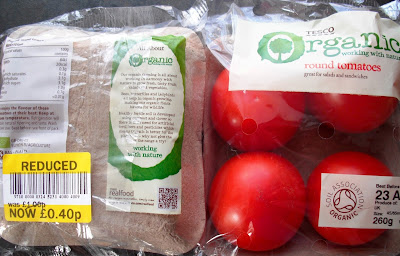 That's it. I must go and do my three miles now, so I'll leave you to it. Thanks for popping in, we'll catch up soon.
Toodle pip
Posted by Meanqueen at 19:59