How to make an indoor mini garden

Hello. I spotted this wooden letter rack in a charity shop last week, it was tossed in the bargain box, everything 50p. Hmmmm, no scratches or chips, maybe I could do something with it. It looks like it's been engraved, but probably mass produced in some sweatshop somewhere. I expect a lot of letter racks are lying around redundant now, hardly any letters come through my door any more. 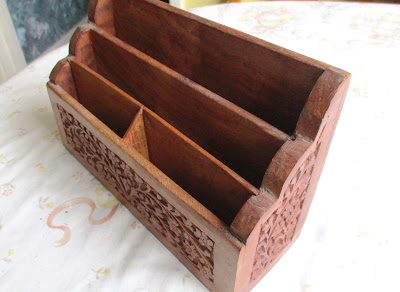 I have an idea. First paint it in a pale shade of apple green. Then colour in the flowers with felt tip pens. Cut some pieces of polystyrene to fit in the bottom, and top with some pieces of green mesh bags. 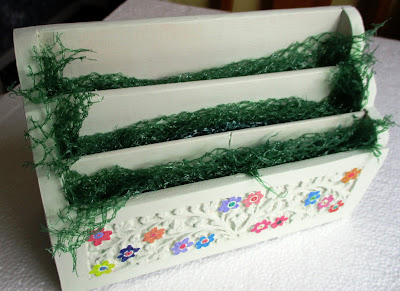 I have some sticky back felt, from the Scrapstore, cut some leaf shapes and enclose small pieces of wire in between two leaves. 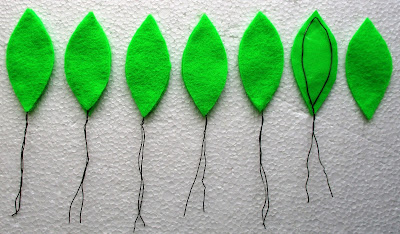 Then make some Sussex Puff flowers and attach longer pieces of wire to the back of them. Cover the stems with strips of felt, twisting the leaves in as well. 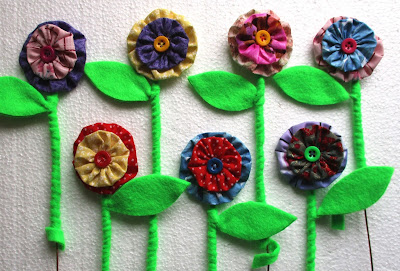 Next some greenery is needed. Take a small piece of cotton fabric and cut strips into it. Stick a small piece of wire to it with tape, and roll tightly, hold it together with a few stitches. 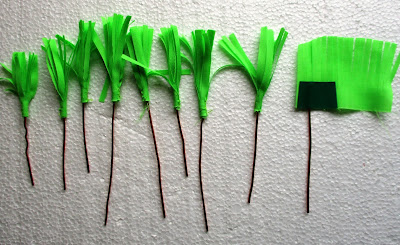 I made some small flowers with red and blue felt, also sticky back. I curled the top of the wire into a circle so it wouldn't pull out. 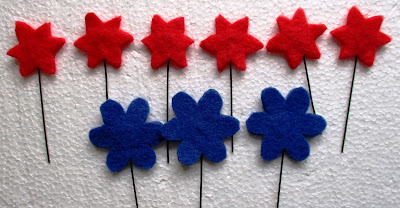 With all the pieces ready then I made my flower arrangement. Cut the wires to the right length, and stick them into the polystyrene. I could have added some embroidery and beads to the felt pieces but I think it's alright as it is. 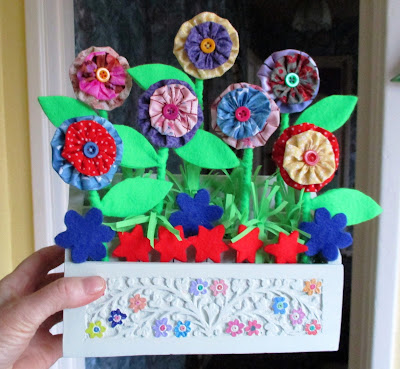 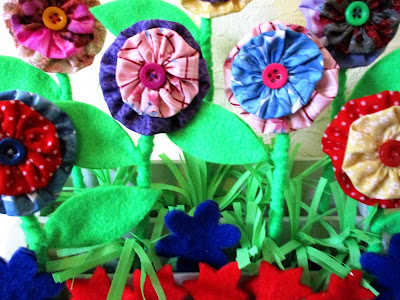 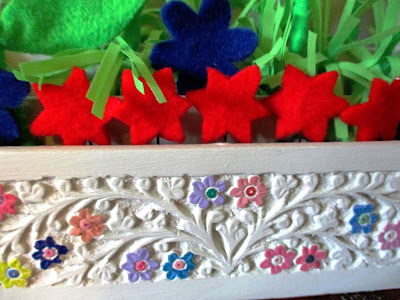 Where best to photograph it. Outside on the table by the back window. 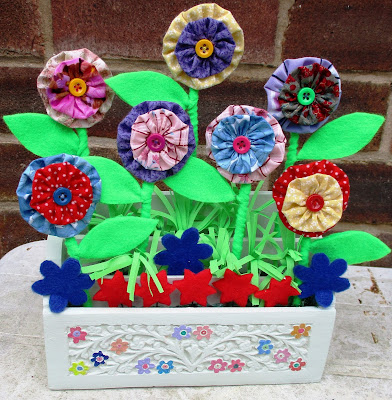 Or on the mantle shelf above the gas fire in the living room. 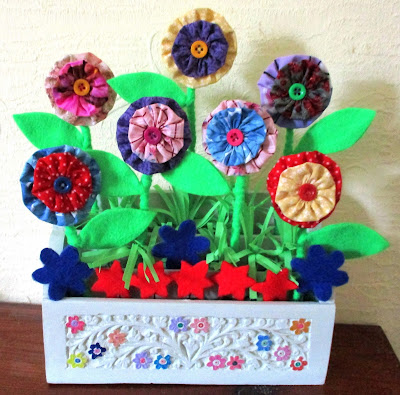 I am mighty chuffed with this. A little bit of garden indoors, to cheer the room up. An idea to make something new out of all those redundant little containers you have lurking at the back of the cupboard. Give it a go. If you don't have stickyback felt you can use any felt, just stitch the back and front together with blanket stitch.

Raining today and I have to go to town. Thanks for popping in, we'll catch up soon.
Toodle pip
Posted by Meanqueen at 12:56