Hello campers, hi de hi. I've been sat on me bum all day, well almost, except for the waits in between buses. I did have a bimble and took a few pics. Not many tonight. So  my first ride of the day was from Kendal to Lancaster. I got the 9am bus to give me a good start. I knew I wouldn't reach home tonight but I wanted to get as far as I can. A quick pic of the river as I waited for the bus. Goodbye Kendal. No I didn't buy any of the famous Kendal Mint Cake, I tried some once, it was like mint flavoured sugar, I gave it a miss. 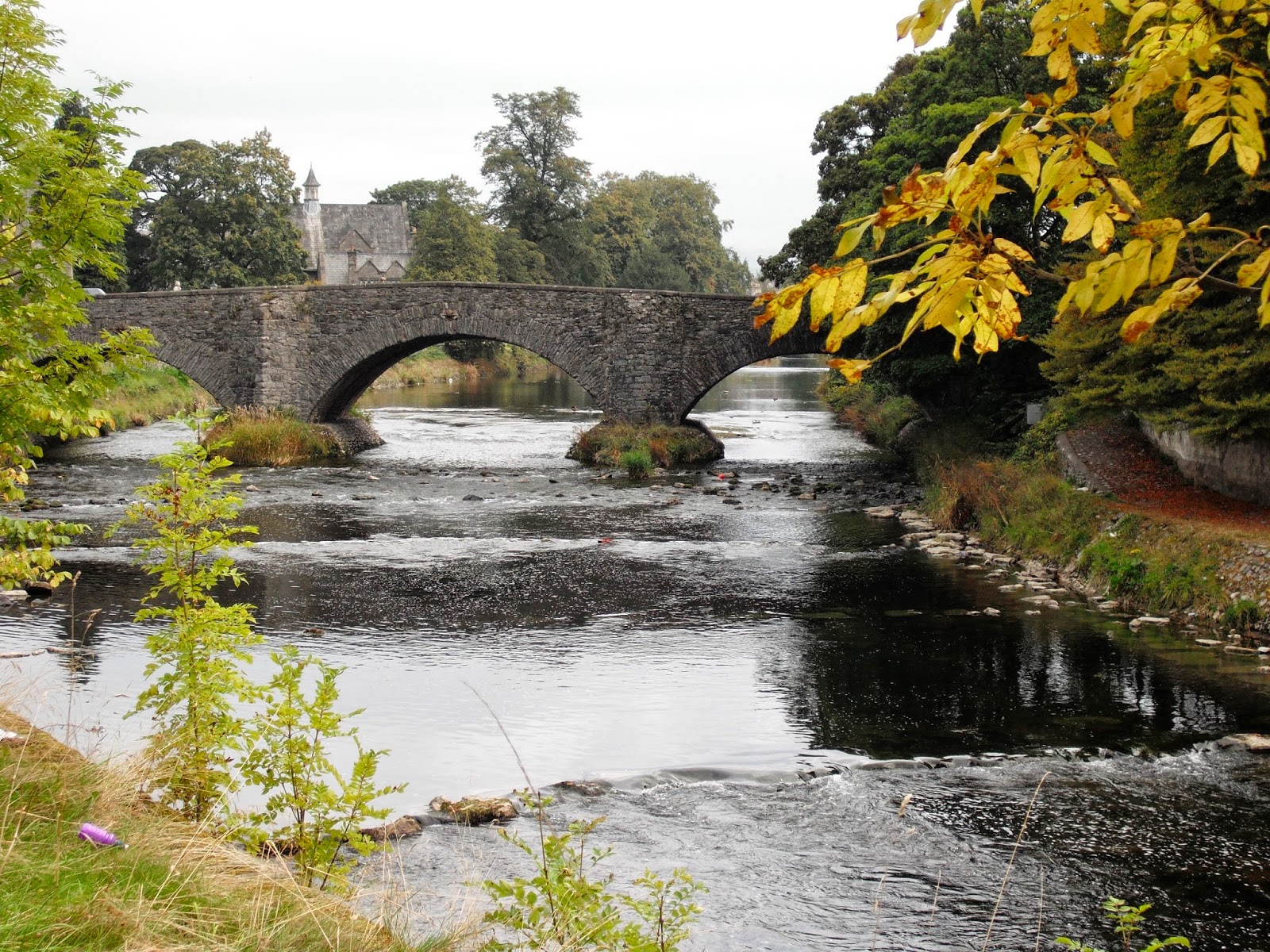 When I got to Lancaster I was hoping there would be something across to Skipton, no such luck. There was a bus to Preston in an hour, I didn't want to go that far south really, so I went to the rail station to see what trains were running from there. My thoughts were that if I got a train back to Hull at the same price it would cost me for a B & B, then I would do that. If I could get to Hull it is easy to get home from there. Couldn't understand the time tables and couldn't find the ticket office so I gave up on that one and went back to the bus station to get the Preston bus.

Took a few photo's of Lancaster Castle as I was going between bus and train stations. 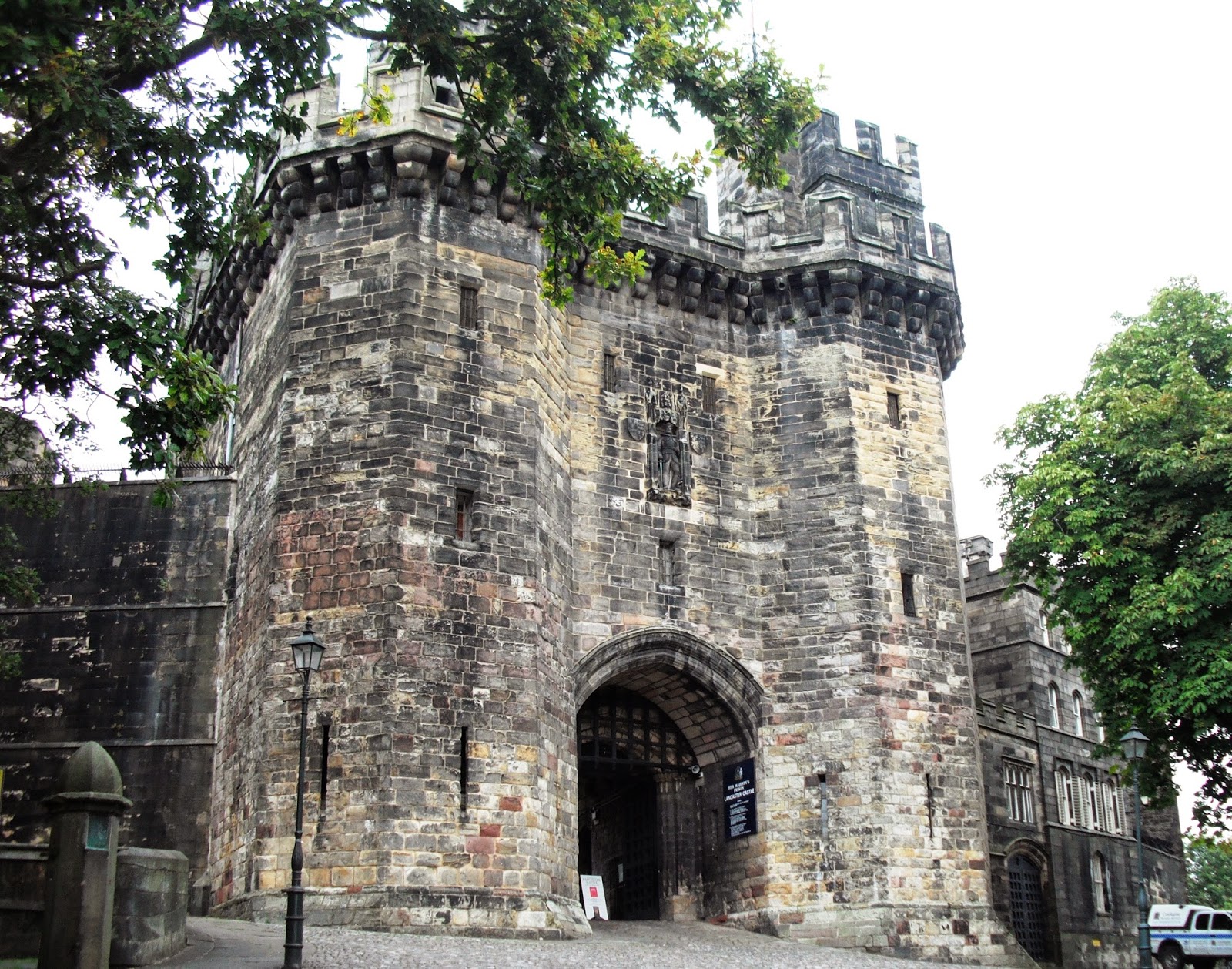 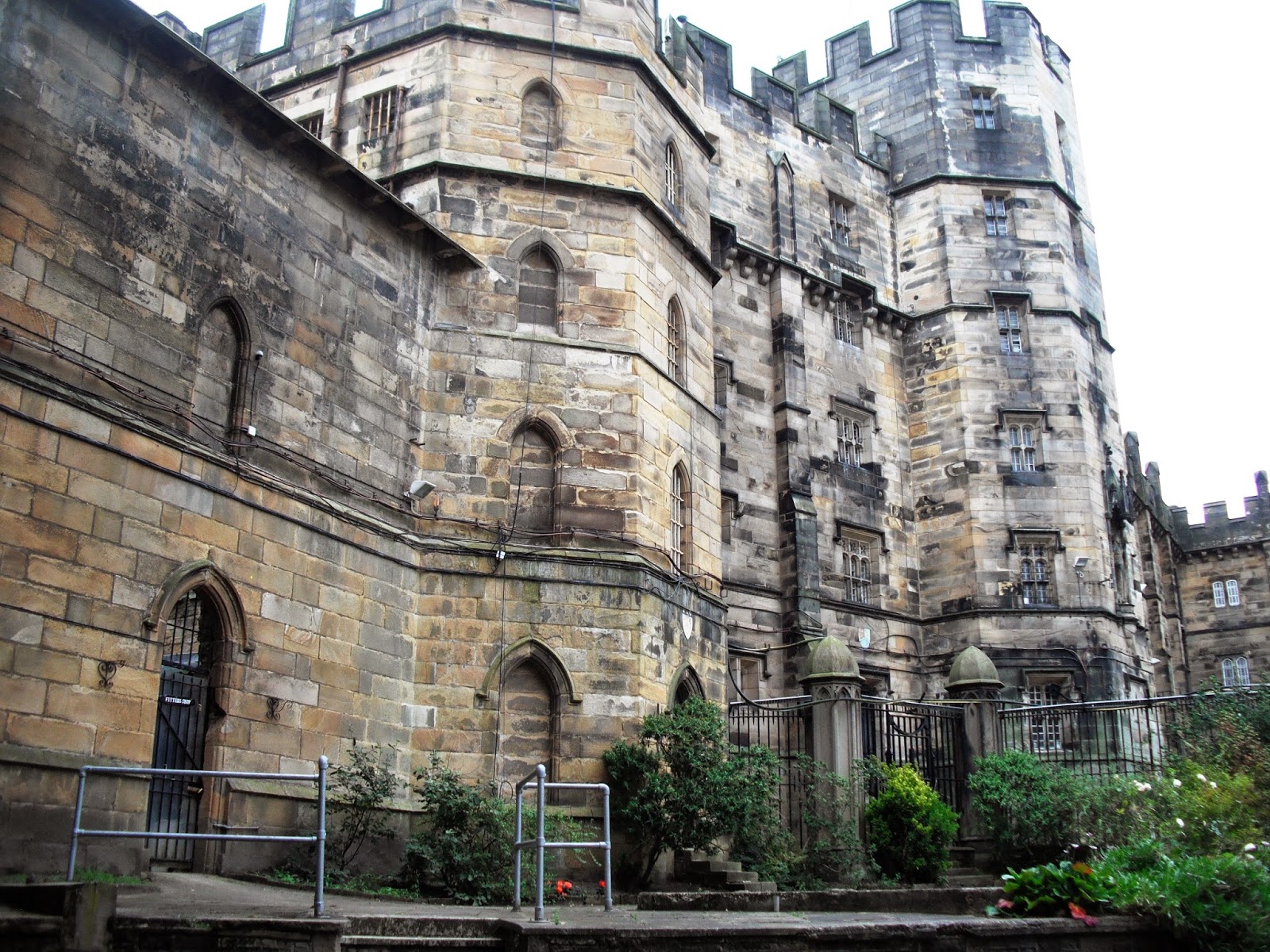 I landed in Preston and checked the time tables to see where buses were going. There was a bus due to leave at 1pm for Burnley, that would take me a bit further. There was a bus to Clitheroe, also leaving at 1pm, not quite as far as Burnley, but taking me a bit further north if I wanted to get back into Yorkshire. I studied the time table again, now that looks promising. The bus to Clitheroe has a number change and carries further on to Skipton. Perfect, that will do nicely.
As soon as I  got off at Skipton I again studied the time tables. It didn't look promising, I thought it would be the end of the line for me today. I went through all the time table boards again, just to check I hadn't missed anything. Then I found a bus on a Sunday timetable, going to York, via Harrogate. Amazing, just what I want. The only trouble was it didn't leave until 5.15pm and was due in York at around 7pm.  That would make it a late finish, but not to worry. I rang the Youth Hostel at York to ask if they had any availability. They had.
So I had a couple of hours to kill in Skipton. Here are a few photo's. It was quite busy, the sun had brought people out again. 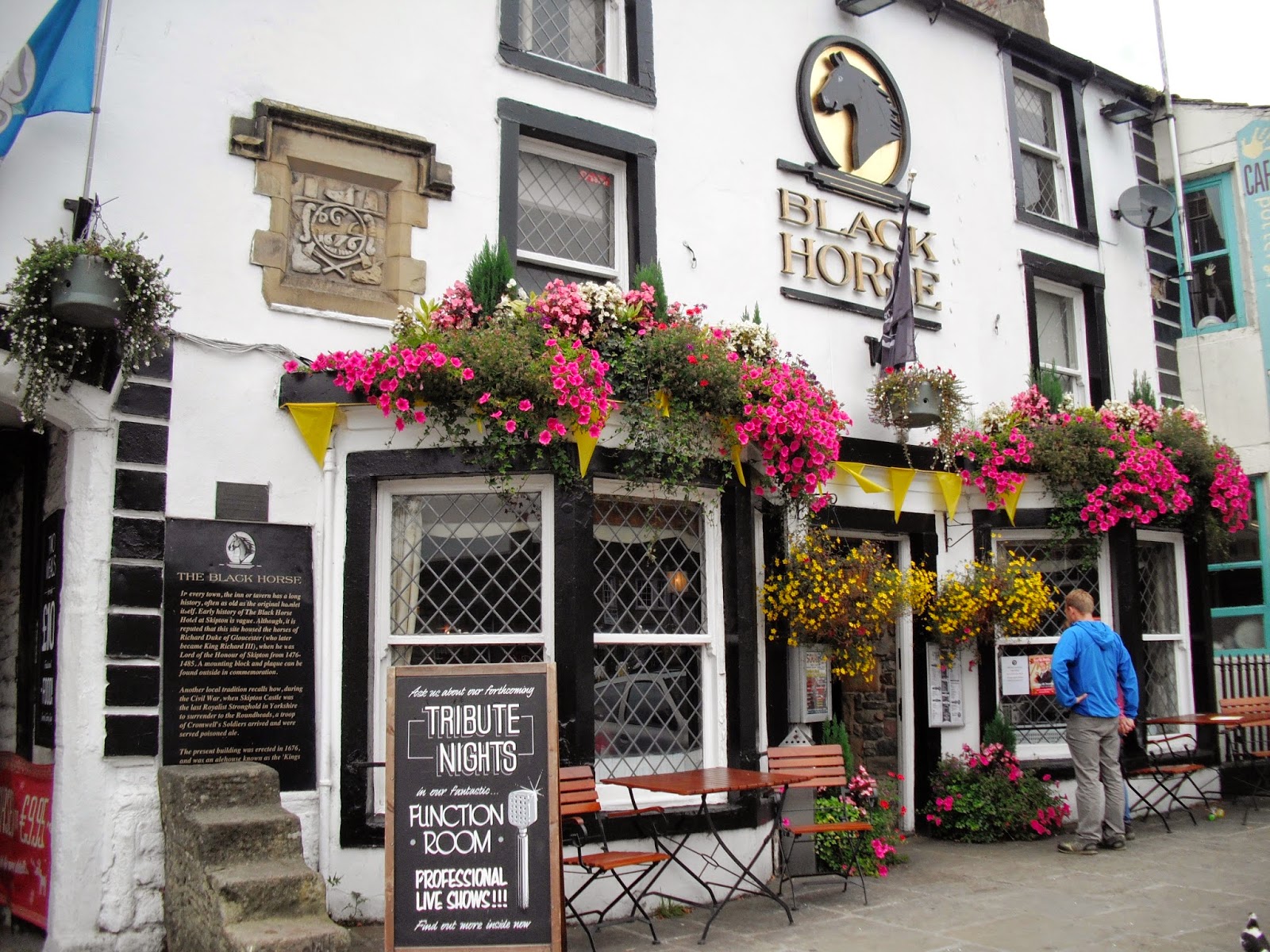 The boat yard was busy. 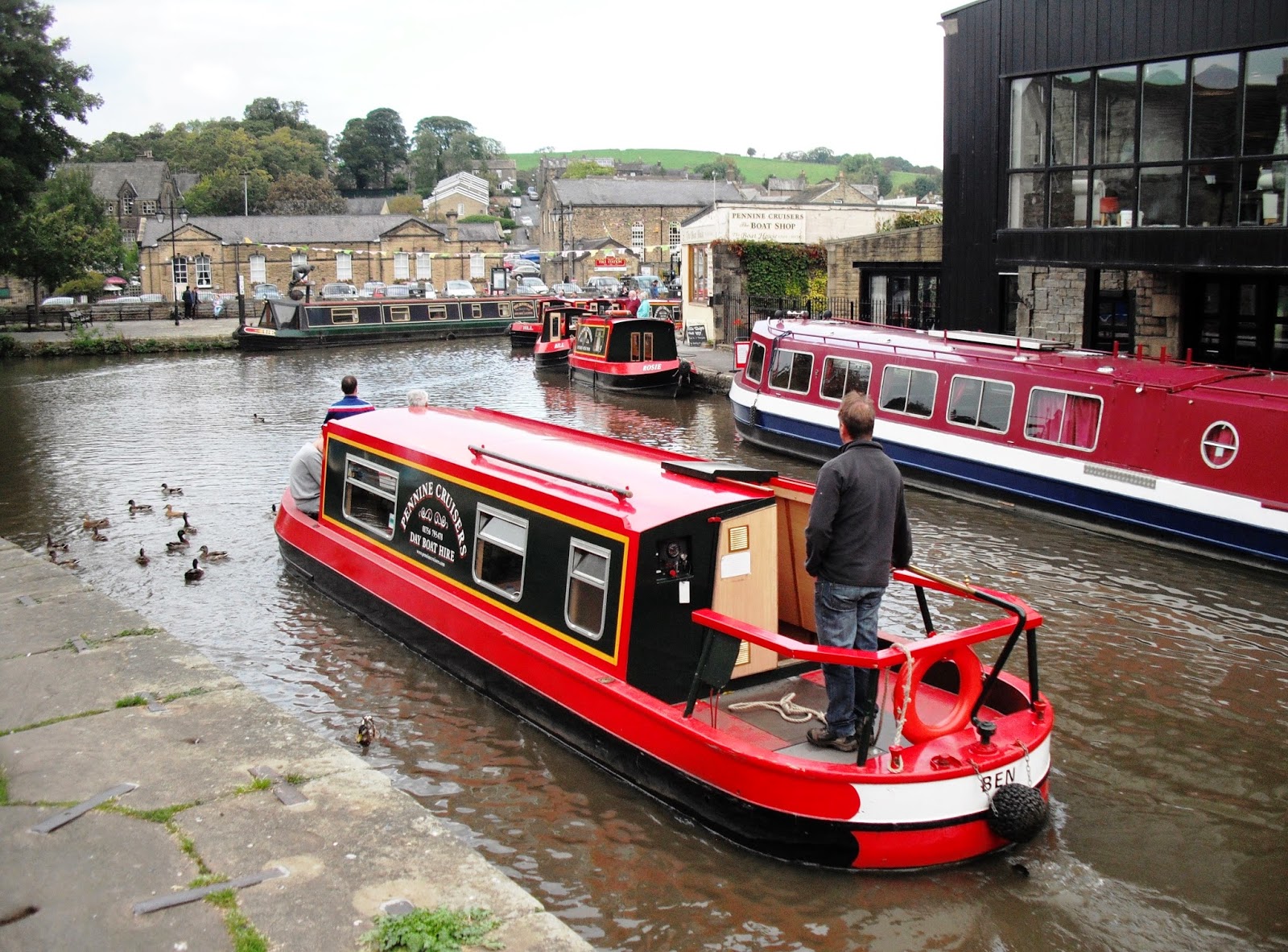 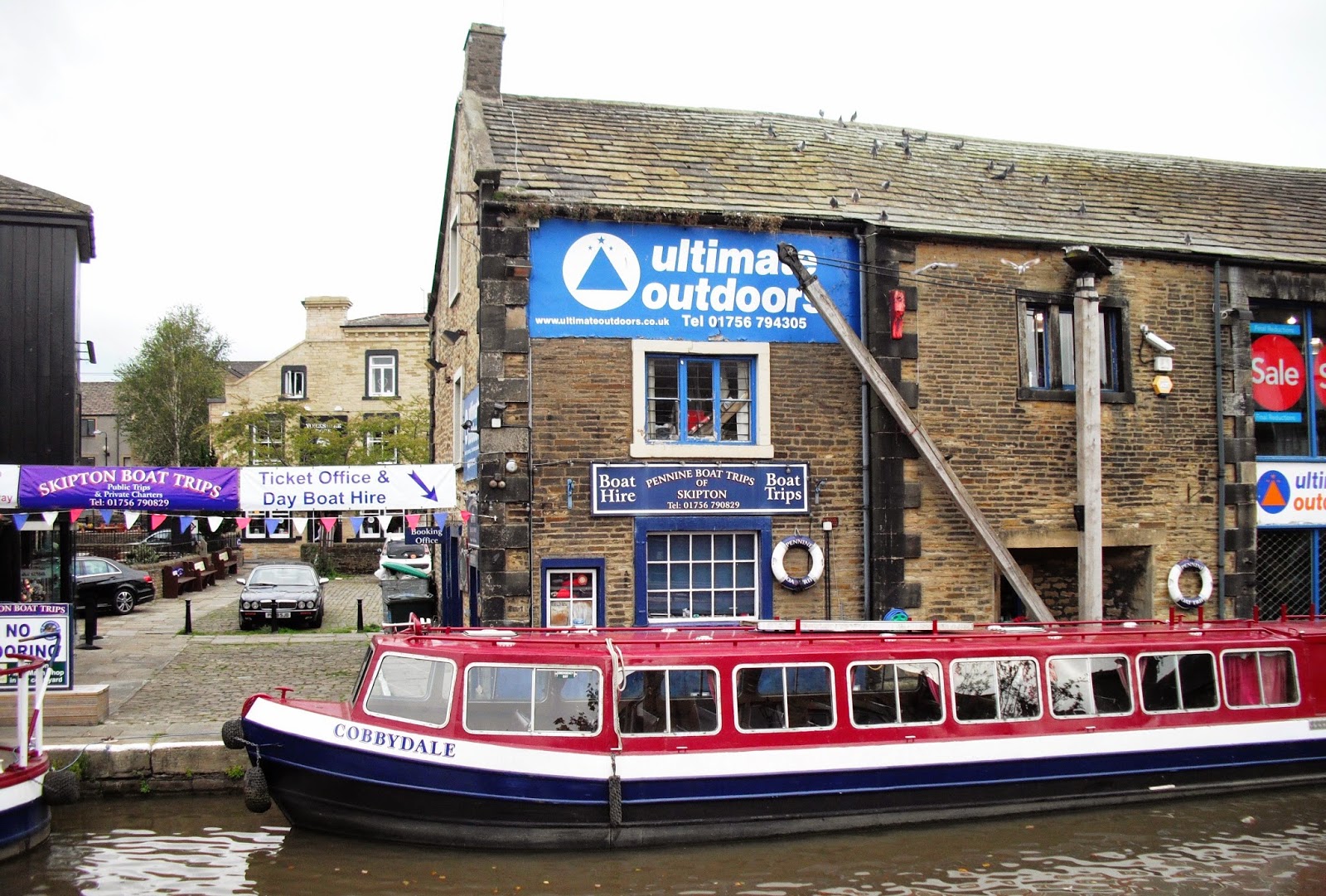 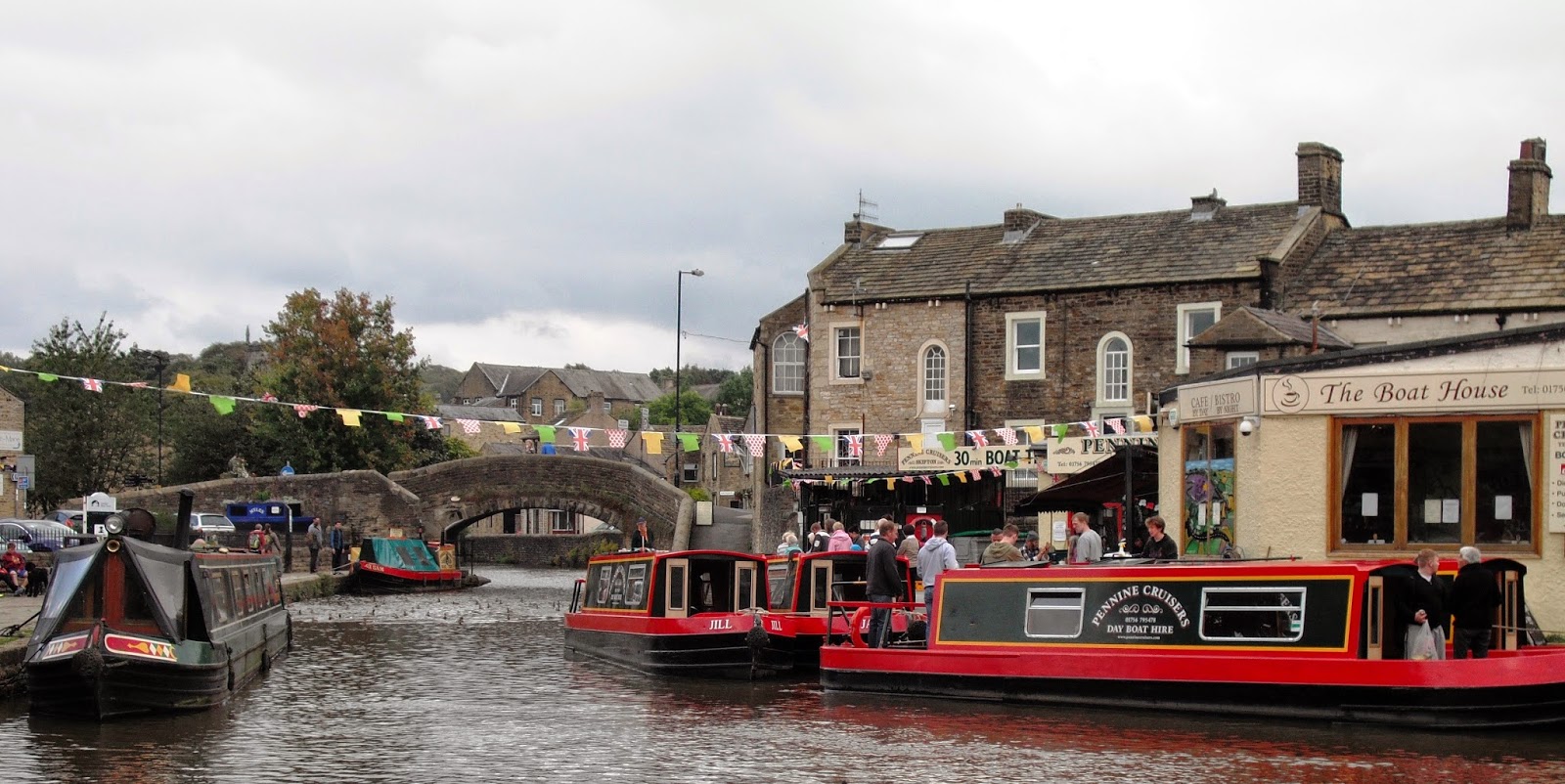 This was a little converted tug moored up, serving ice cream and drinks. A novel idea I thought for a business. 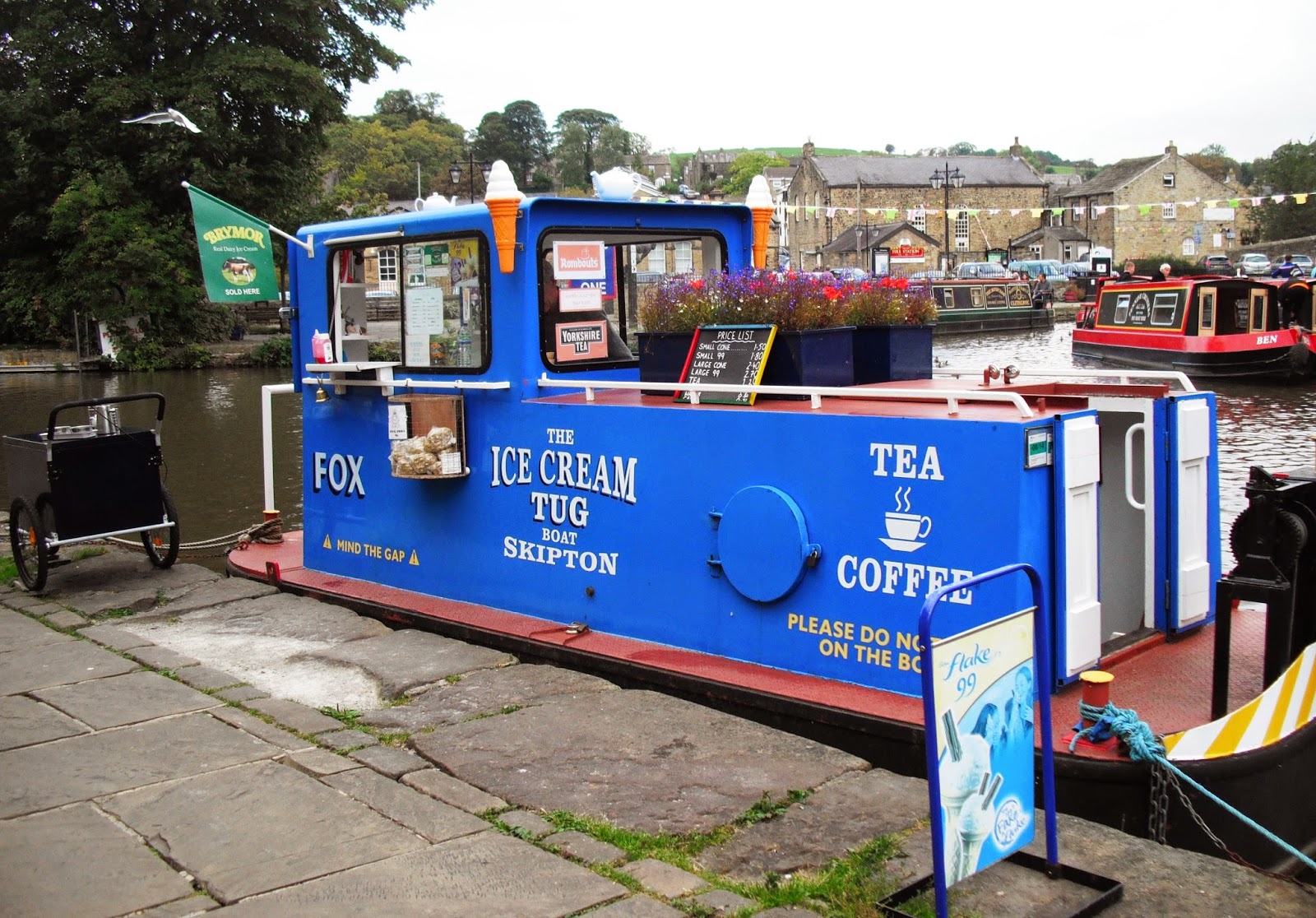 I got back to the bus station in plenty of time and waited for the bus. This little fella came along with his owner. A middle aged lady in her walking gear, shorts and boots and a rucksack. I asked her what he had in his saddle bags, she said, sausages, he carries his own food. Doesn't he look cute. They got on the same bus as me and went all the way to York. 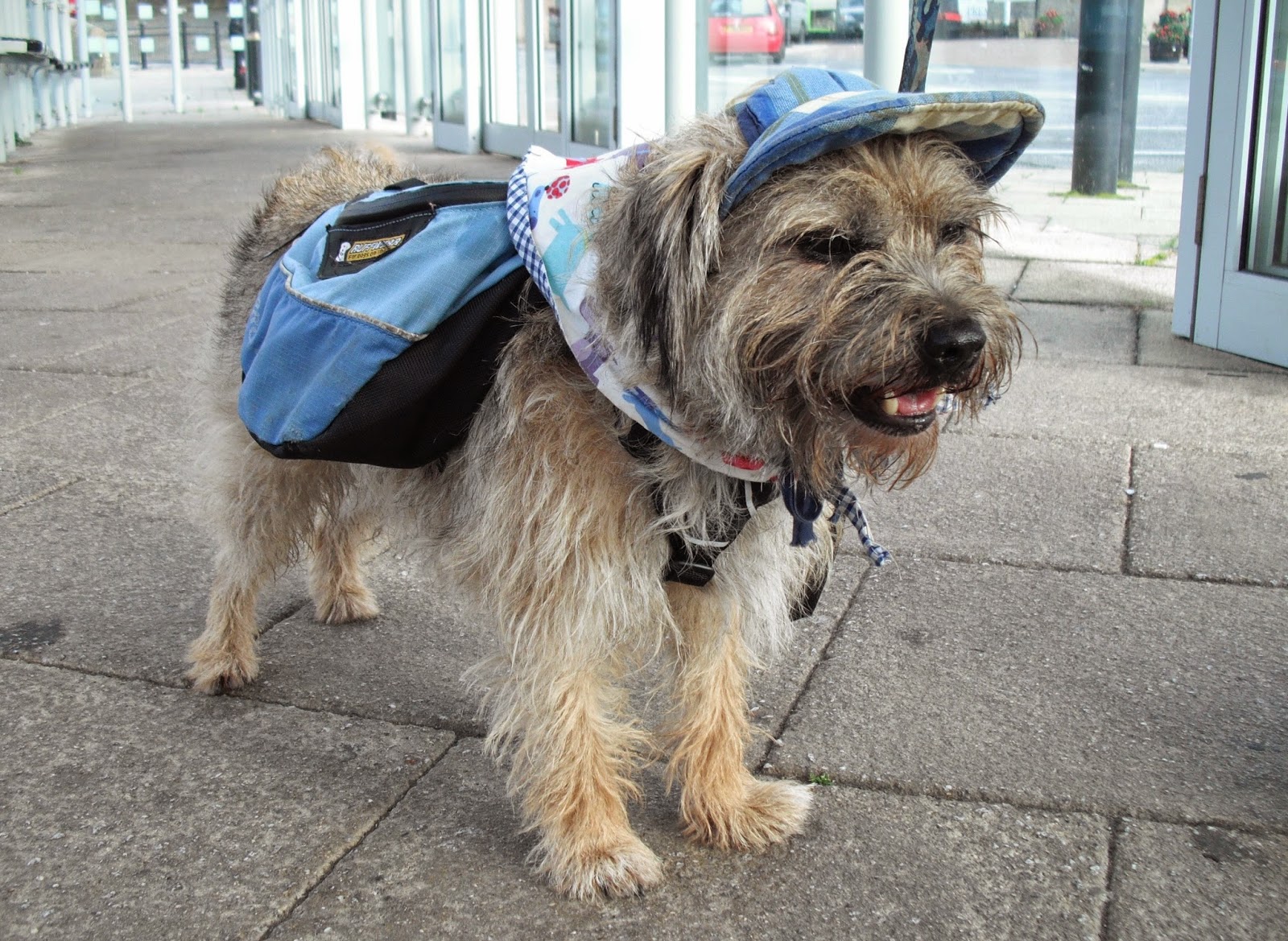 So, here I am at York Youth Hostel. Someone commented that there aren't any buses from Harrogate to York on a Sunday. Well I can confirm that there is one. The cost of my B & B tonight is £17. I am in a room with two other females, we have an en suite bathroom.

After breakfast I will walk into York city centre and get a bus to Hull, should be home by lunch time with a bit of luck. Catch you tomorrow. Toodle pip.
Posted by Meanqueen at 21:53