Hiya. Hope you didn't miss me too much last night, there was no signal in Grassington. I made it to Ripon today, it was a long hard slog, but more about that later, I'm going to try and catch up.

So, Friday morning I left Ribblehead after saying goodbye to my camper van friends who were having breakfast in the car park. I set off carrying my jacket as it was quite sunny, but it wasn't long before I had to put it on. The weather on this trip has been very unpredictable to say the least. Layers on, layers off, first I am sweating then I am freezing, very frustrating. I left the road to go down a track to follow the Ribble Way. This path should be easy to follow. At Thorns there are several derelict farm buildings, this is where I went over the ladder stile. 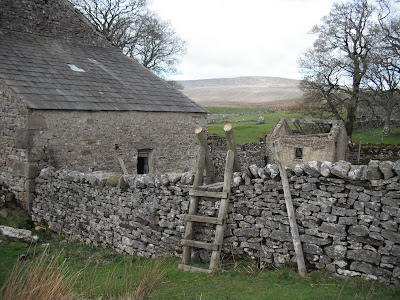 One last look back to the viaduct. 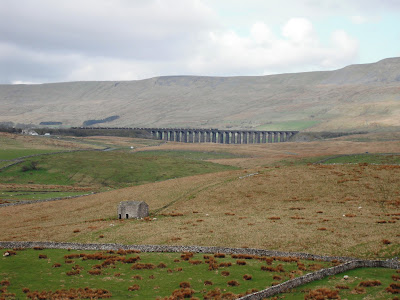 I scanned the wall at the edge of a field and couldn't see an obvious crossing place. There was barbed wire running along the top of the wall to make it difficult to climb over, and really you shouldn't have to do that anyway. I scrambled down the bank and managed to get over here. Then it was guess work as to which way I should be heading. 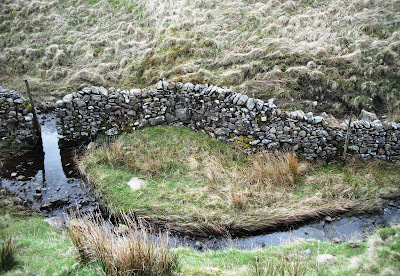 I staggered and stumbled over huge clumps of grass, keeping the road and railway line on my right hand side. Eventually I went over a hill and down the other side to find a wide path with lots of walkers passing in both directions. I asked three men for directions, and luckily I hadn't strayed too far from my intended route, so I hadn't lost much time. This is what the area was like, big tufts of grass everywhere. 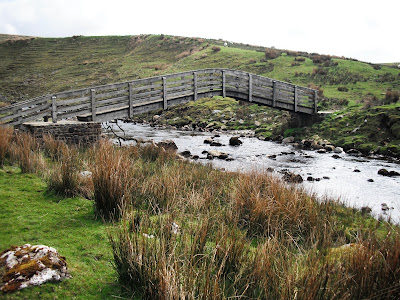 I got off the track at High Birkwith and followed the road to Horton in Ribblesdale. I wanted to make some time up and I can march along a bit faster on the road. My aim was to go up Pen y Ghent, and I heard that you need 3.5 hours to do the trip up and down. I had a short break at Horton and picked up a bottle of juice from the cafe to keep me going, as it's quite a climb to do. This is the beasty I am heading for. I'm going to the top of that. 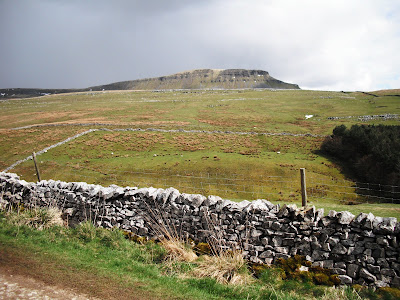 Getting a bit closer. 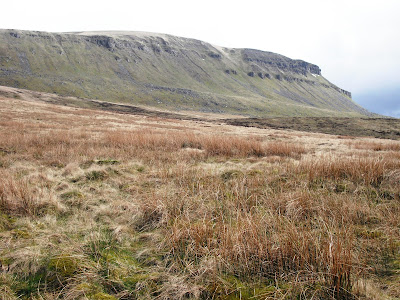 After an hour or so I had a look back, that's a long track. 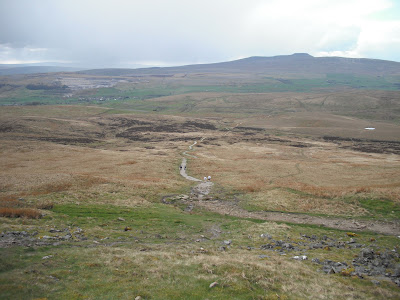 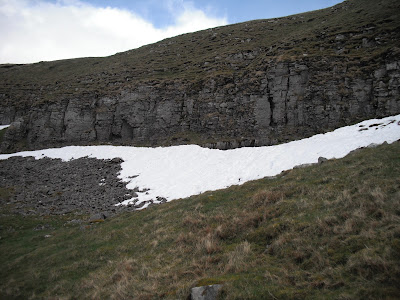 Yay we made it. It was sunny but a bit chilly, time for a short break to take some photo's. There was a young couple up there with two small children. The little girl had made it up by herself, but the very small boy was strapped to his daddy's back in a carrier, and boy was daddy sweating. 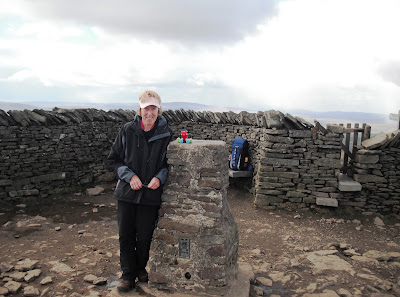 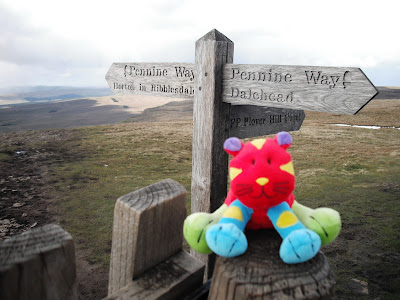 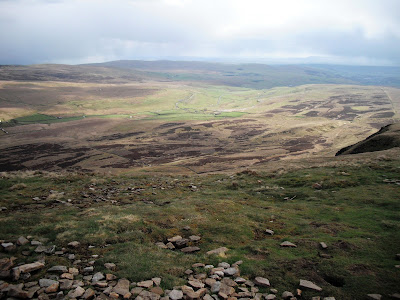 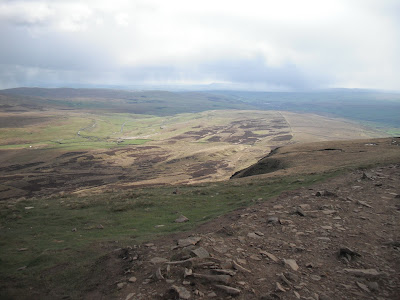 Time to come down as the sun had disappeared and the clouds were rolling in. It was a bit of a scramble down here, and this was the side where Daddy plus small boy had come up. 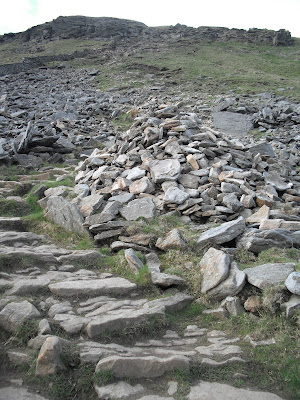 A bit further down. I always like to look back and  say, see that lump up there, I was there right at the top, fantastic. 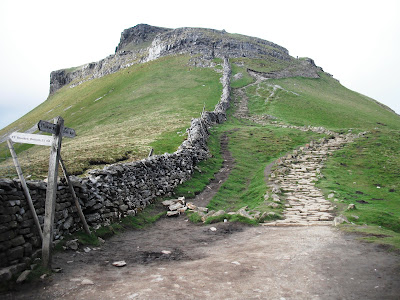 The clouds were chasing me and getting closer. It was getting colder as I put my waterproofs on. There was no getting away from it, the hail storm was going to catch me up. The wind whipped around me but I was able to hang on to the brolly. it did it's best to protect me. The ground was getting boggier and the puddles bigger, it was hard work to keep skipping round them.Within a few minutes the ground was white, the weather can take you by surprise so you must be ready for it if you go up there. 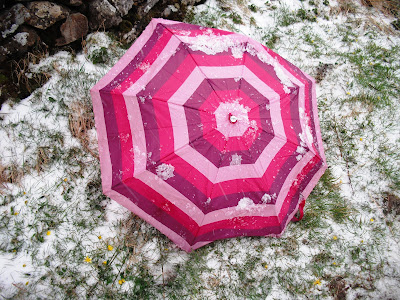 At last I got down to the bottom, but In my haste I made a couple of mistakes in my map reading so it took a bit longer than it should have done. I really wanted to make it to Settle but only got as far as Stainforth by 6pm, about four miles short. Not to worry, I asked at a car garage if I could use the landline to ring my friend Kevin, mobile signals are hopeless in that area. The garage man gave me a lift to Settle, and Kevin picked me up and took me back to his place, where I met his lovely lady, Lesley. I had a fabulous night, they made me very welcome.
Posted by Meanqueen at 22:50