The good news is that I made it to Beverley today, the bad news is that it rained all day, so I got soaked to the skin. My boots and socks are at this moment on the radiator, hoping to dry enough for tomorrow.

Let's look back to Monday. The pub served up a great breakfast. I'm not sure that all these gut busting cooked breakfasts are good for me, I don't like starting the day with a stuffed up feeling, in fact I don't like big meals, little and often is best for me. But while I am unable to carry much food it's best to fill up before I leave.

I had a little look around Ripon before I left. In the centre of this city there is a big square with attractive looking buildings on all sides. As I was wandering around taking photo's I bumped into a woman who I met the night before as I arrived, I had asked her where I would find a bed for the night. It was a coincidence that I should meet her again. 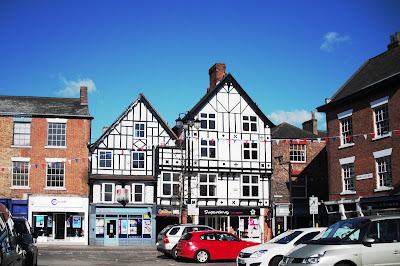 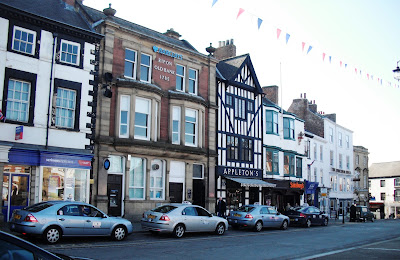 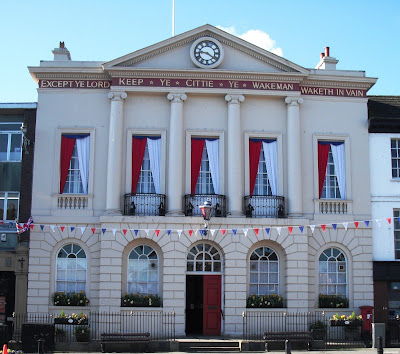 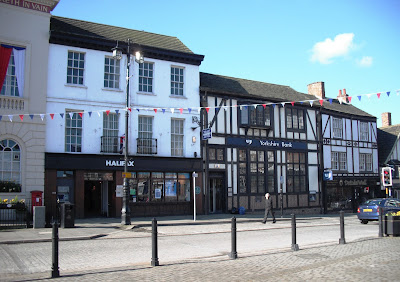 She pointed me in the direction of the cathedral, where I spent 20 minutes looking around. It's a magnificant building, don't you agree. 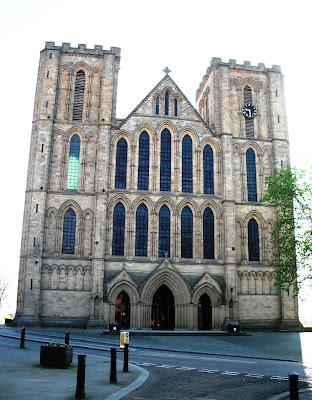 This is the back view of it. 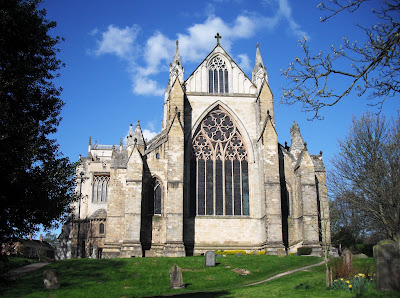 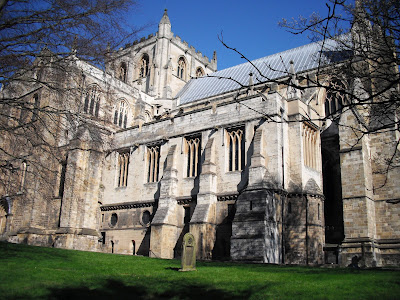 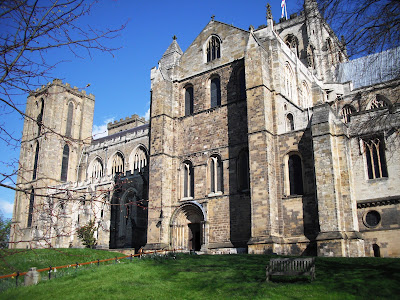 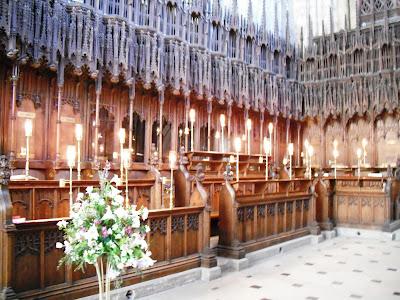 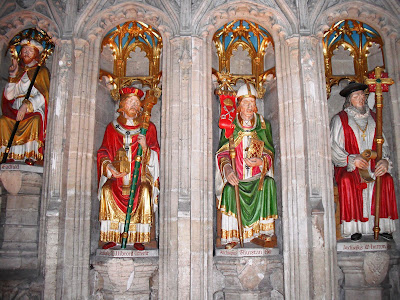 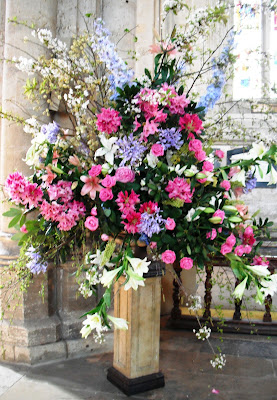 Just as I came out of the cathedral, there was the woman again. She told me about her boat down on the canal, and as I was setting off in that direction I went to have a look. Here is Sue with her barge. She offered to make me a coffee, but as I was already full, and I needed to get going I thanked her but declined. 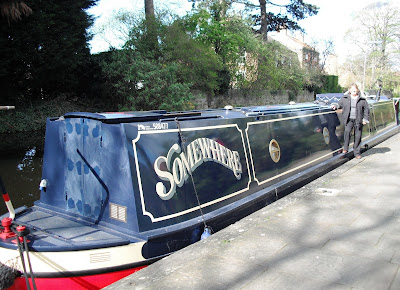 I walked along the canal which then became the river, and after a while I came across this lovely view. It's Newby Hall. Sorry I couldn't swim across to get more pics. 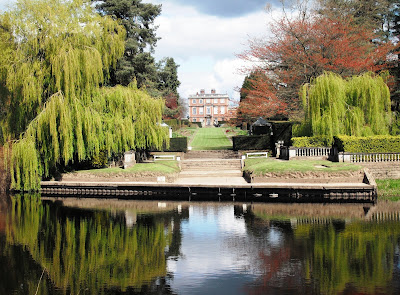 I pressed on along the river and had to stop to get changed. The sun was out and my trousers were annoying me, so it was on with the shorts. I came off the river and took the road the short distance to Boroughbridge. I didn't take any photo's except for this one of the weir. 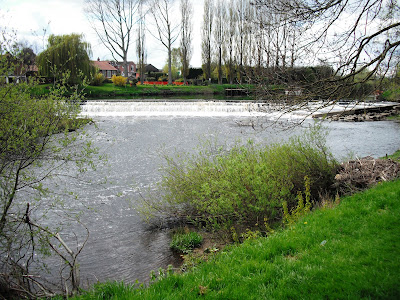 Today there was a lot of miles to do, I was rather hoping to get to York and the Youth Hostel. My route took me through Myton on Swale, Aldwark, Linton on Ouse, Newton on Ouse, and Benningbrough. I can't remember where I saw this water pump, oops. 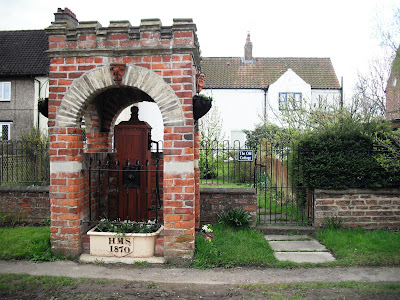 When I got to Newton on Ouse, I was about ready for stopping. I asked a woman if she knew of anywhere nearby that I could get a bed. She said she didn't but if I took a short cut through Benningburgh Park it wouldn't be so far to York. As I entered the park gates a woman on a bicycle came along and rode alongside me, chatting away. She seemed friendly enough so I was happy to chat, though I needed to keep moving.
Eventually I came out the other side and headed for the village, hoping to get a bed. No such luck. I asked a woman who was working in her garden, she didn't do B & B, but she had a friend two miles away who did, so she rang her for me. Time was getting on and I was ready to stop. The anwer came back, yes, and it's £50 as she only had doubles. I said no thanks. It seems daft to me that it was 7pm and she couldn't drop the price for a single occupancy, surely it is better to get some money for it, rather than leave it empty, and what was the chances of a couple turning up that late.
No choice but to carry on, and the shortest route would be to follow the river. I broke into a trot along there, as I didn't want to be out after the sun went down. You should have seen me, like a whippet I ran, ha ha. As I got closer to York I came across two young men out for a training session, they were walking very fast. I asked them if I could get to the hostel all the way along the river. They were happy to accompany me for the last leg of the walk and take me to the door. I'm glad I met them because walking with them kept me focused on getting there. They told me they were training for a 24 hour walk of 50 miles, Blimey that would kill me off, ha ha. Boy was I glad to get booked in just before 9pm. Whew, that was cutting it a bit fine.
When I next post I will be at home. Last day tomorrow. Whooppeeee, nearly there. Toodle pip.
Posted by Meanqueen at 22:41