If you need a new table, make one.

That's better, totally refreshed after my day off. Now I'm back in the swing of things. The skip was taken away yesterday, I didn't expect it to still be here after I came back, but it was. Luckily I had a look in it before it went off on the back of a lorry. I found four bags of children's clothes and towels. They have all been washed today, and folded ready for giving away. The older tatty towels have gone to a friend who has dogs that like to jump in mucky ponds. The better towels will be given to a charity shop, and I have plans for the clothes. They will go with the toys to an organisation that provides women and children with a safe place to live, after a relationship breakdown. 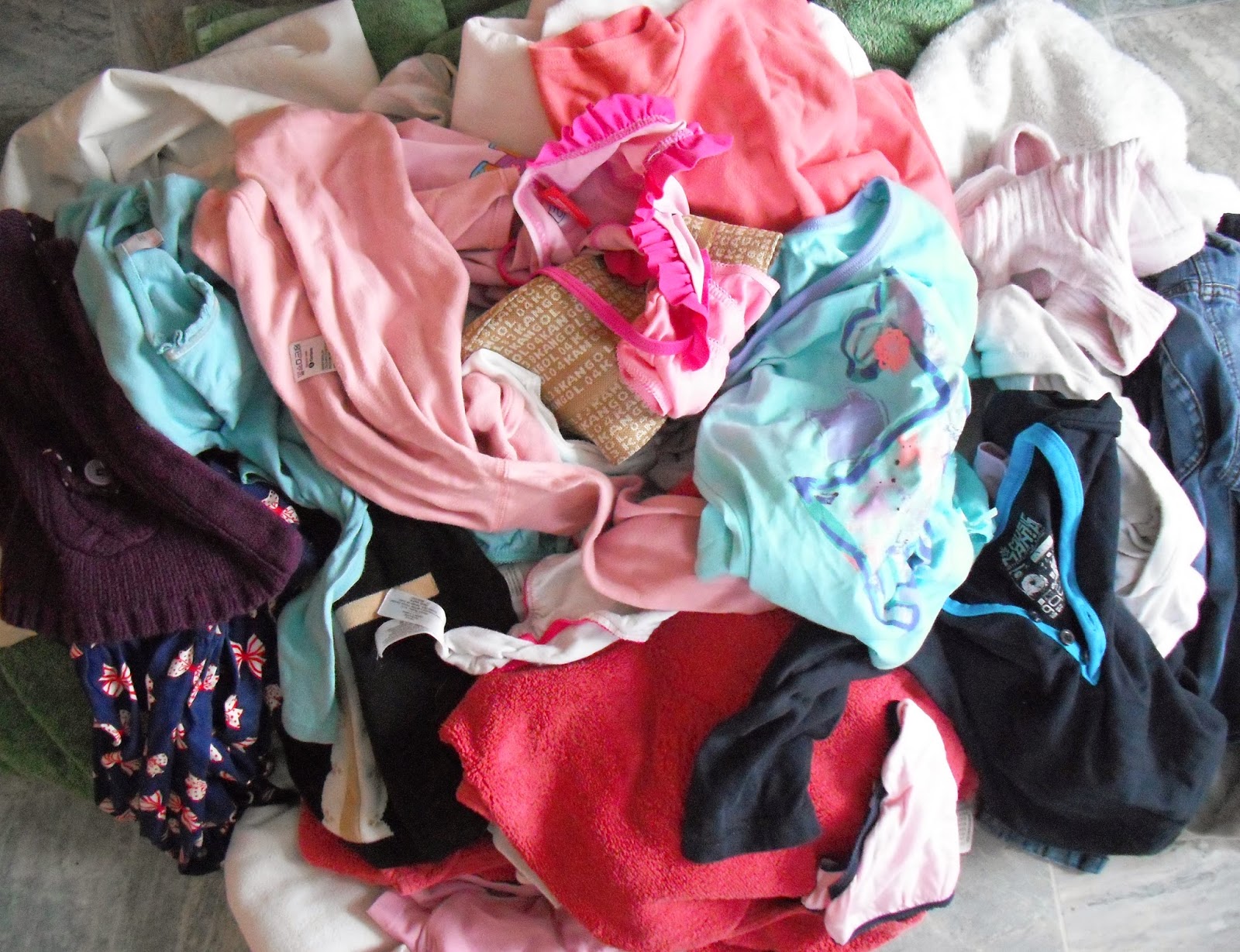 It's been a glorious day, all the washing dried beautifully. There seems to be a lot of spiders about, all busy spinning their webs. It seems pretty heartless to destroy all their hard work by walking past them, so I have been trying to walk around them. Isn't it amazing how perfect their webs are, it's fascinating to watch them. And how do they find places to hook them up to. 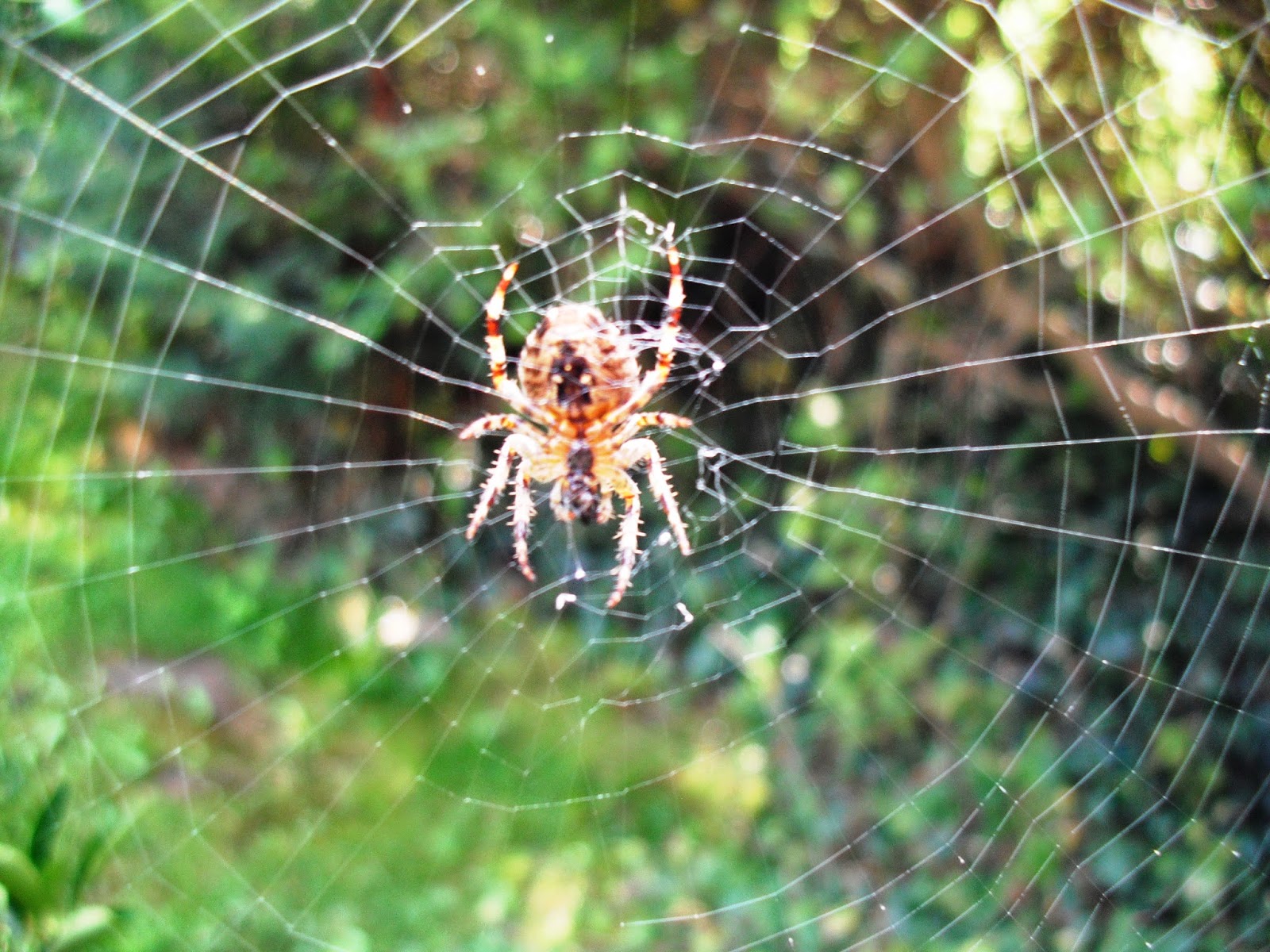 There is a web hanging from this guttering, coming down at an angle to a bush, just outside my back door. I have been ducking underneath it to avoid pulling it down. There must be a good six feet between the two anchorage points. How do they do that? 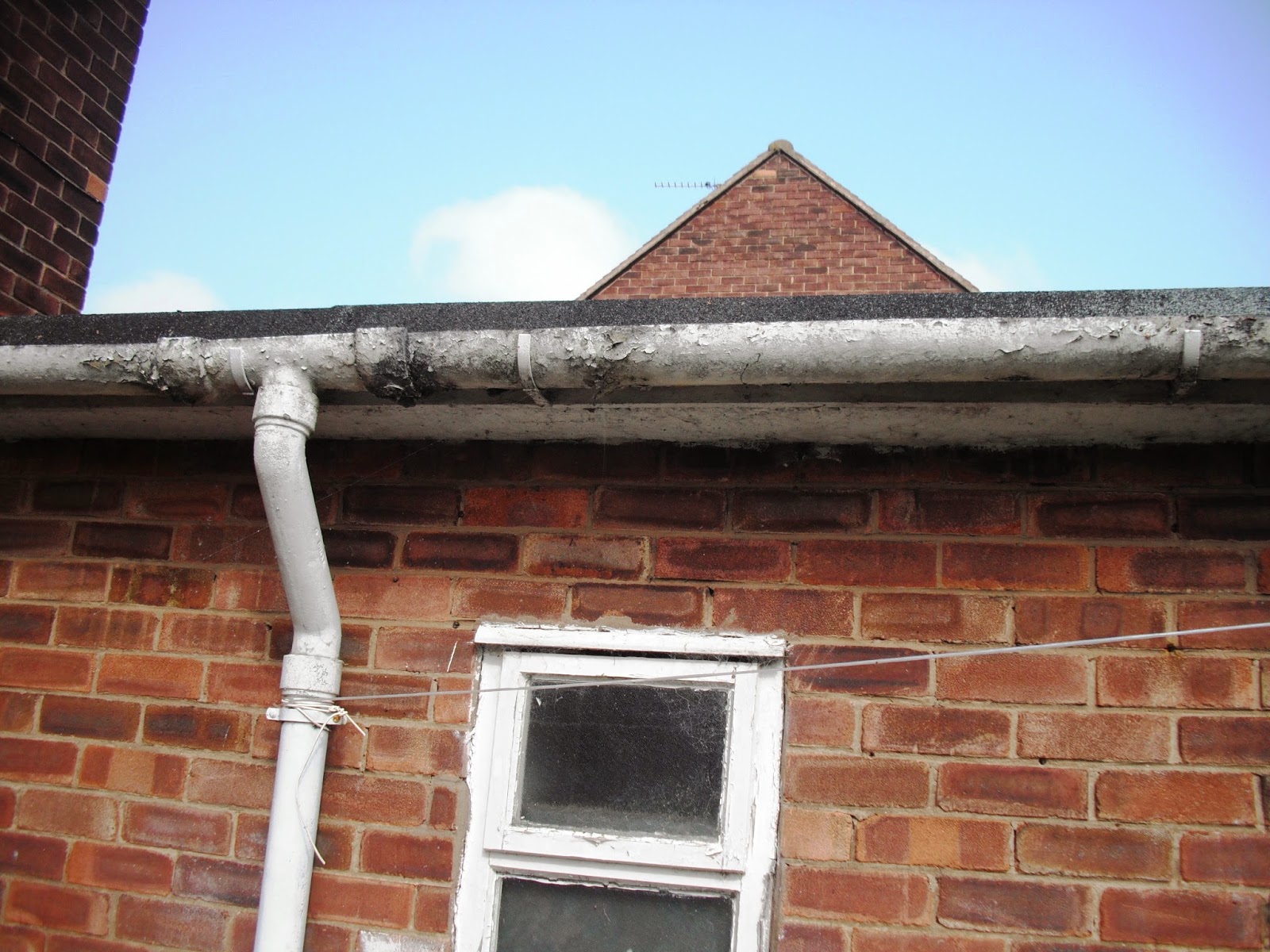 My garden work table was in need of a refurbishment. It's very handy to have this just outside the back door, for mucky jobs that can't be done in the kitchen, and to save my back by not having to bend down. 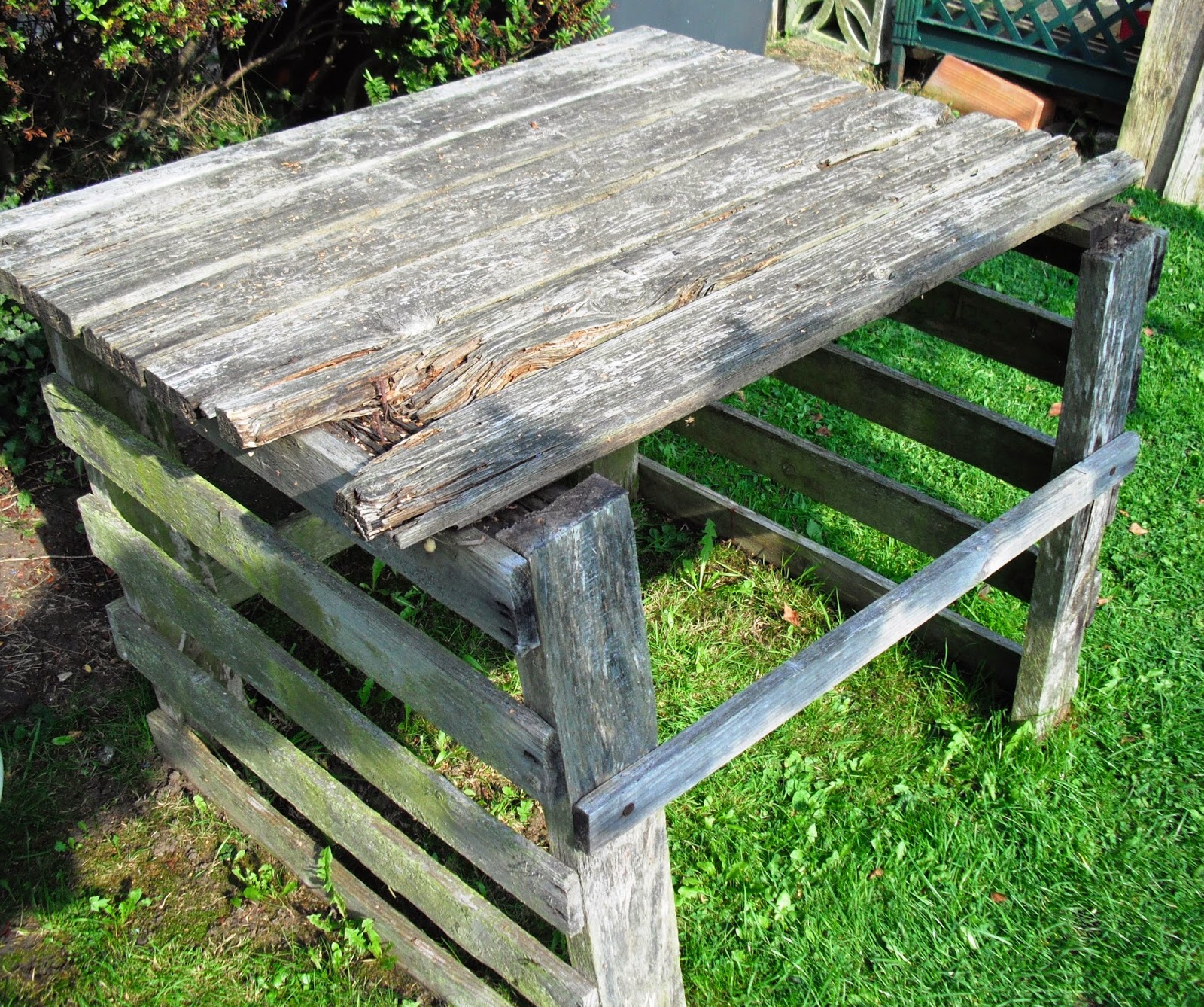 It's been here for six years and is showing signs of rotting. Oh dear. 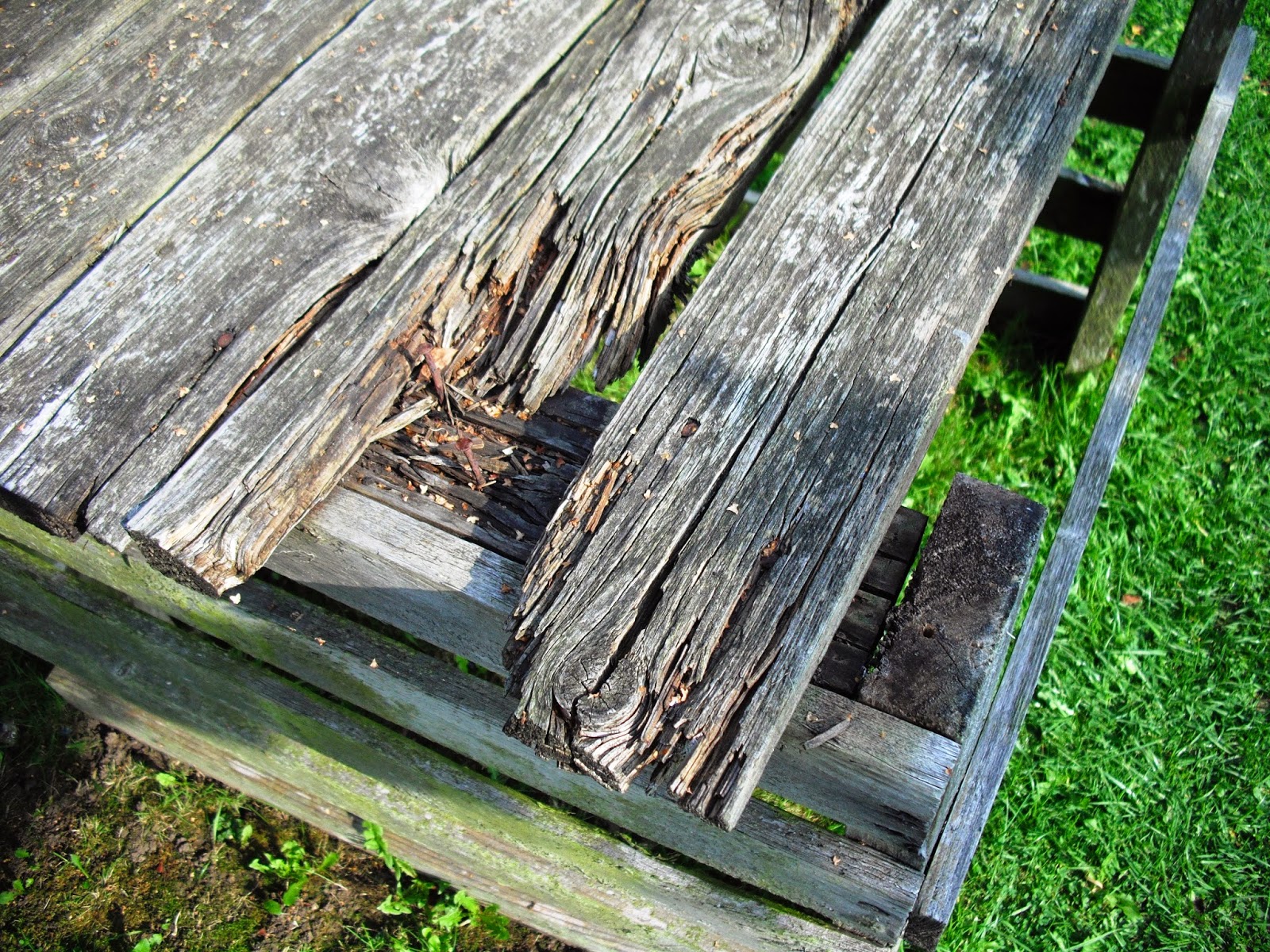 I removed the top, and found some suitable pieces of wood from my stash and nailed the boards to two batons, then nailed it to the two sides. A couple of narrow pieces for each end, some extra nails at all the joins to strengthen it, and Bob's your Uncle. Job well done, a table that's good for another few years. 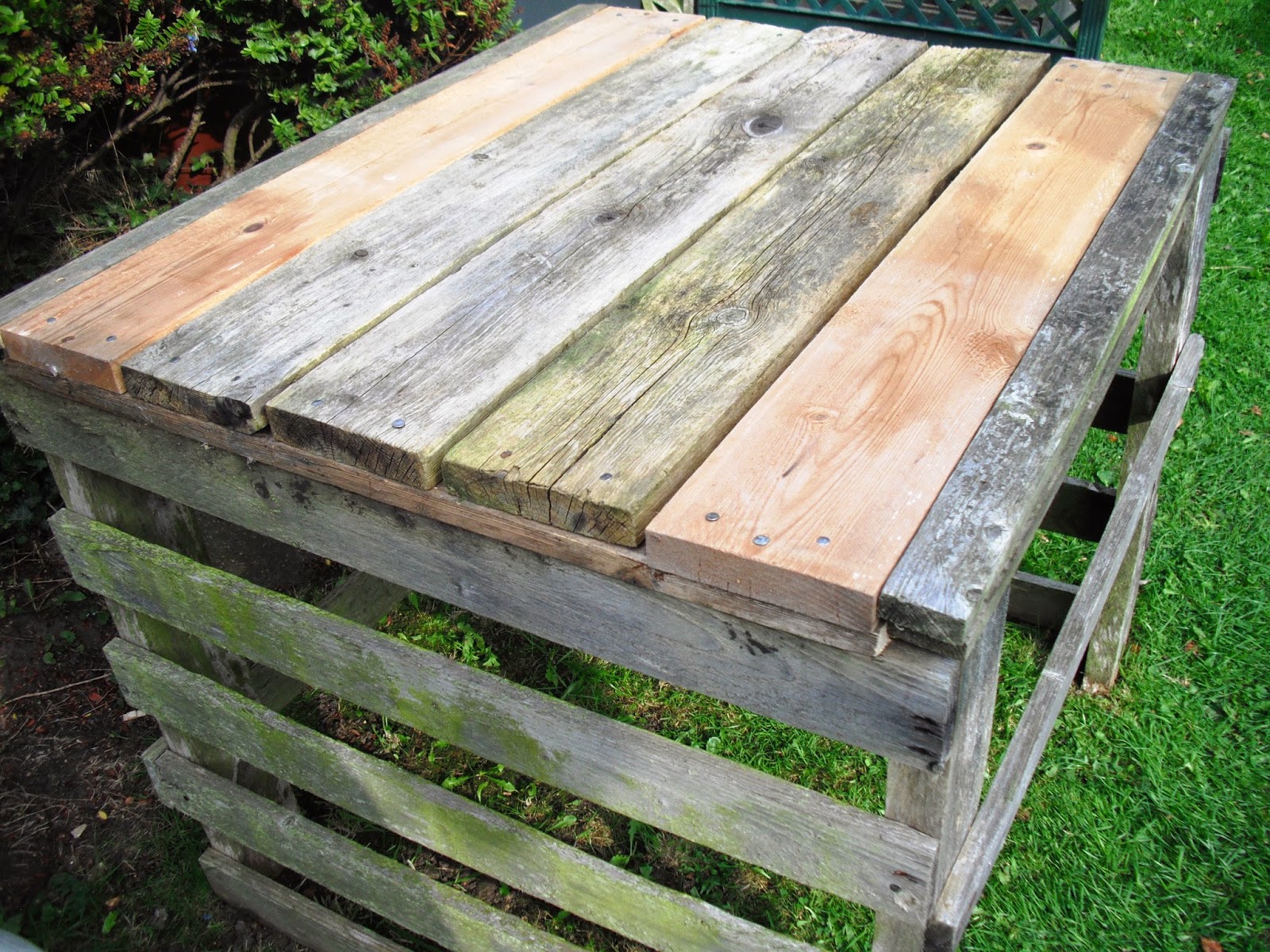 After I had finished outside and put everything away, guess what I found in the kitchen. It appeared to be a spider suspended in mid air in the middle of the room. But no, on closer inspection I saw it had attached it's web to the ceiling, and across to the cupboard under the sink. Sorry spider, but I'm going to have to put you outside. There's no way I can be dodging round that one as I cook my dinner. 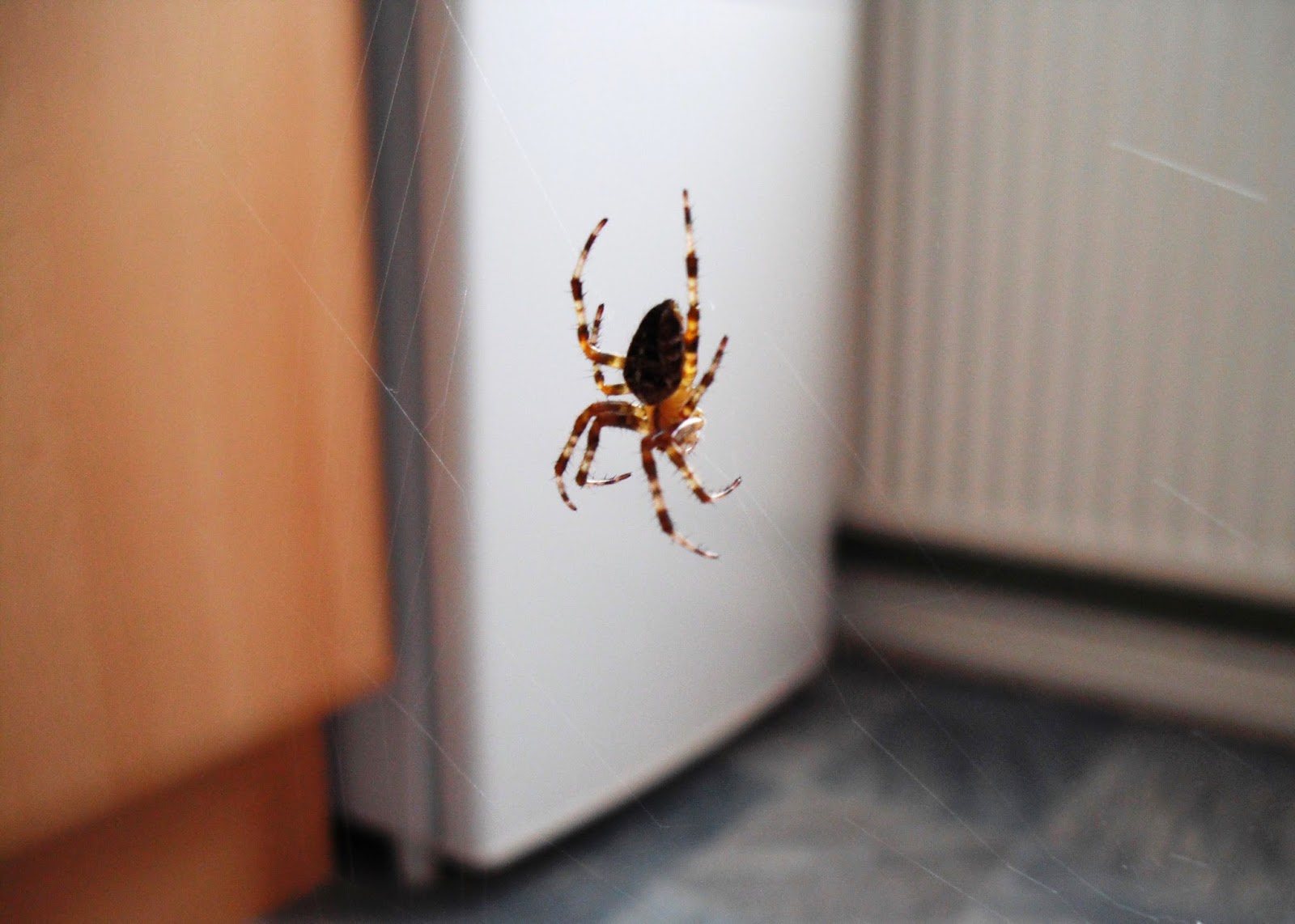 I'm off to Tesco now, I have a voucher for £3 off, might as well use it before it's out of date. Catch you tomorrow. Toodle pip.
Posted by Meanqueen at 18:52