Hello. I've been a bookworm for a week, it hasn't taken me long to read, 'Sentenced to Hell', by Natalie Welsh. Another quick pick from the library van. Wasn't sure I really wanted to know about Venezuela's notorious prison system, but I thought, give it a try, it's a true story. 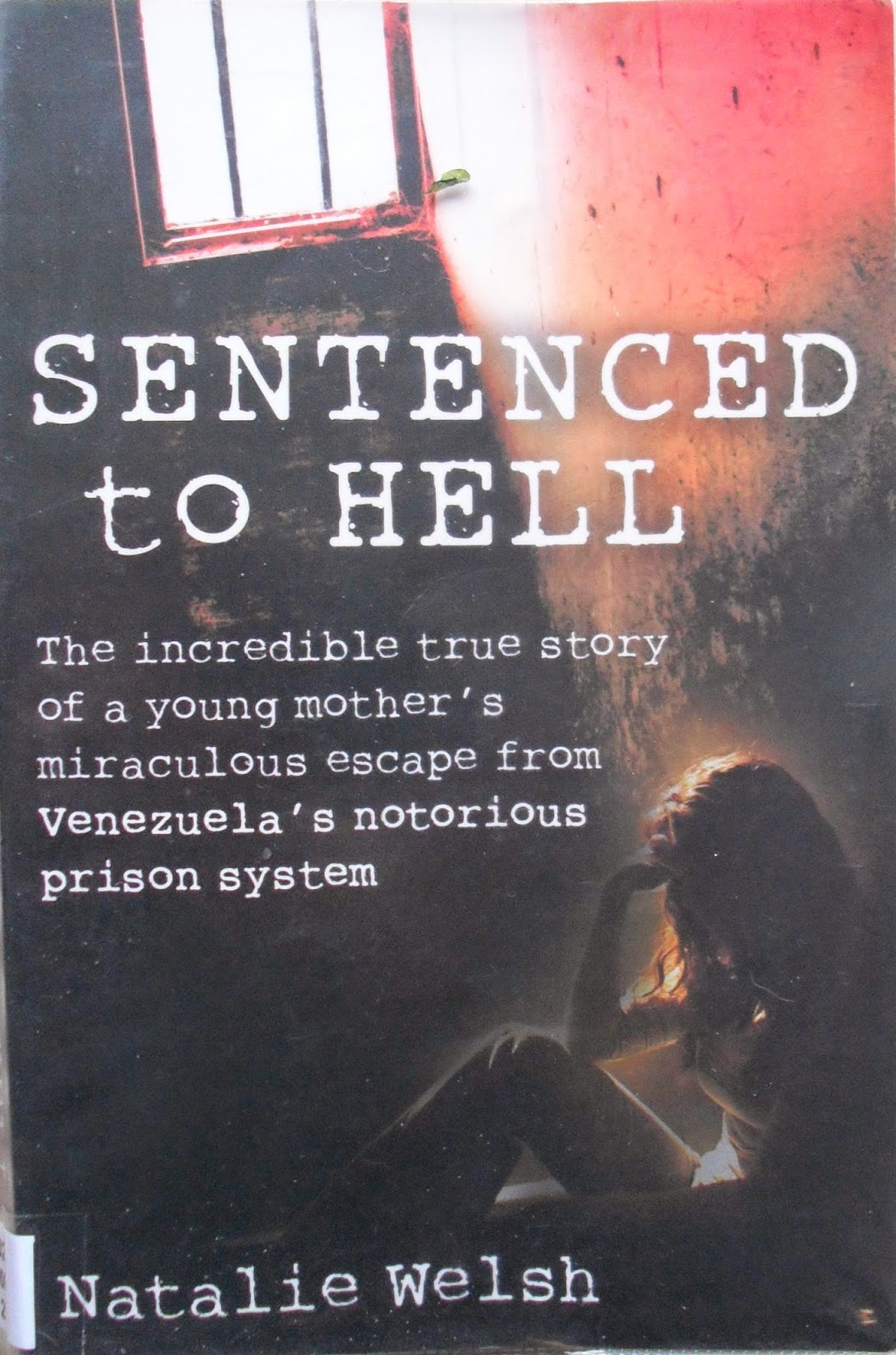 The story pulled me in right from the start, it begins with the authors attempts to board a plane at Margarita Airport, carrying a doctored suitcase with five kilo's of cocaine with a street value of £325,000, hidden inside. She was a naive 21 year old single mum who had dabbled with drugs in the past, now she was looking to make big money in the smuggling game.

After a very quick trial she was sentenced to ten years in prison. Her daughter who was travelling with her was shipped back to England alone to live with a friend. The first chapters look back over her early childhood, how she got into trouble, didn't get on with her step dad, and ended up in a children's home, mainly through choice because she had more freedom there than she did at home. The familiar story of getting in with a bad crowd, she started experimenting with drugs.

As I was reading I felt that there were parts of the story that didn't add up, like there was a lot more going on than she was revealing. However, it is a book which keeps your interest because you want to know what happens next. It was a hellish prison system, where guards were too powerless or corrupt to control the escalating violence. Murders, rapes, and all out gang warfare were carried out by the armed and powerful inmates. In four years she spent time in three prisons, each time learning the new ways to keep herself out of trouble.

Her escape came about with the help of her Venezuelan boyfriend, and the fact that she was successful in applying for day release from prison so she could work in the town. I won't reveal any more of the story, in case you want to read the book, but if you want more background to her, there was a lot of publicity in the press when the book came out. Natalie's escape is not the end of the story, it's a wonderful thing this internet. I Googlied her name and found out what has happened since then. Read this article from May 2010 in the Guardian to reveal more of the story. Or this one in the Mail. Sadly the horrors of the four years she spent in prison was soon forgotten, she was caught again with drugs and at the time of the articles was awaiting sentencing, this time in an English prison. A sad ending, but a good read.

Right, what was for lunch today. I had this pack of Butternut squash and sweet potato to use up. I fancied soup. 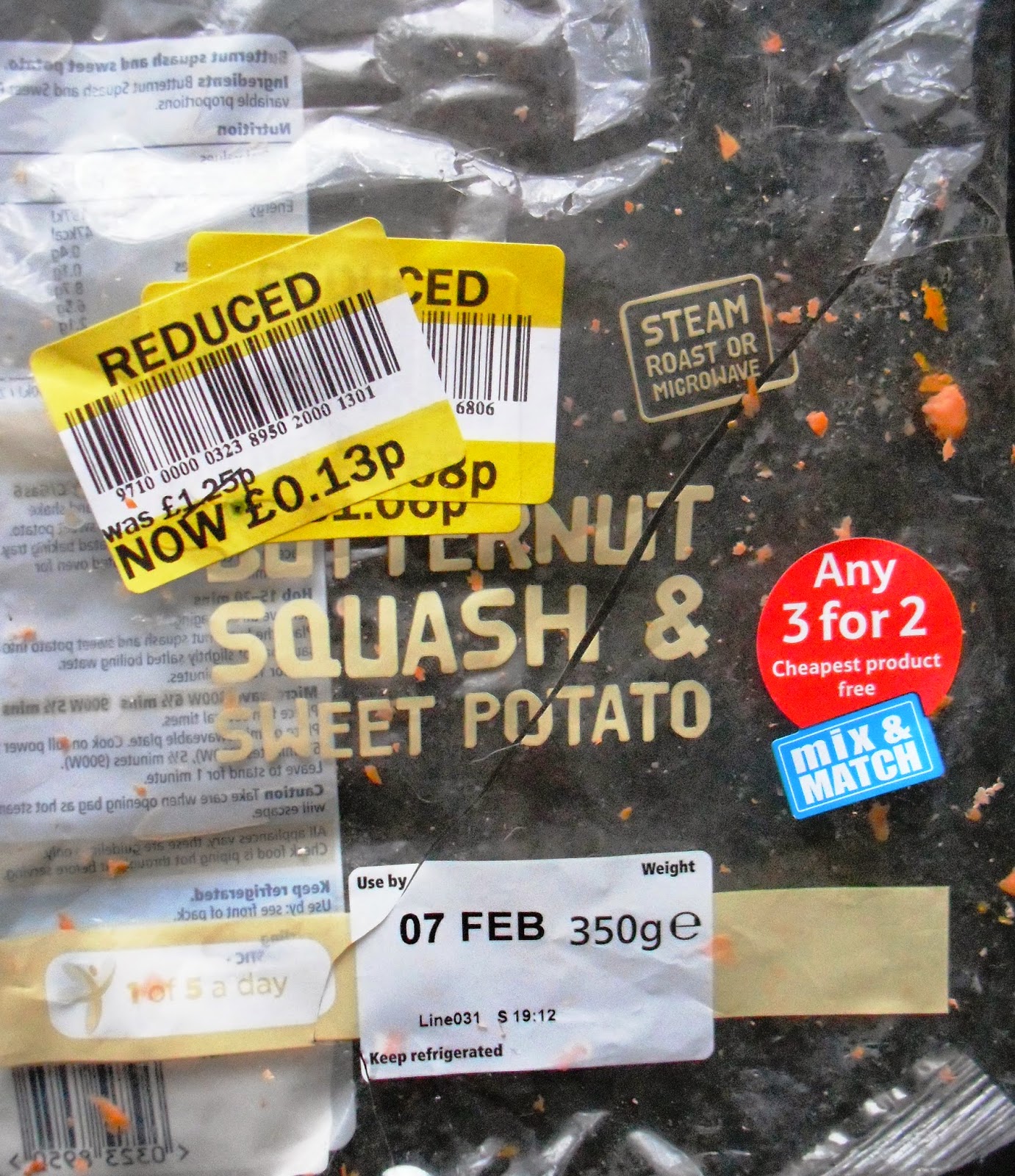 Chop into small pieces, (cooks quicker), add spices, garlic powder, bring to the boil then simmer for five minutes. Zap with a stick blender, add some cream cheese with garlic, and two spoons of plain yogurt. 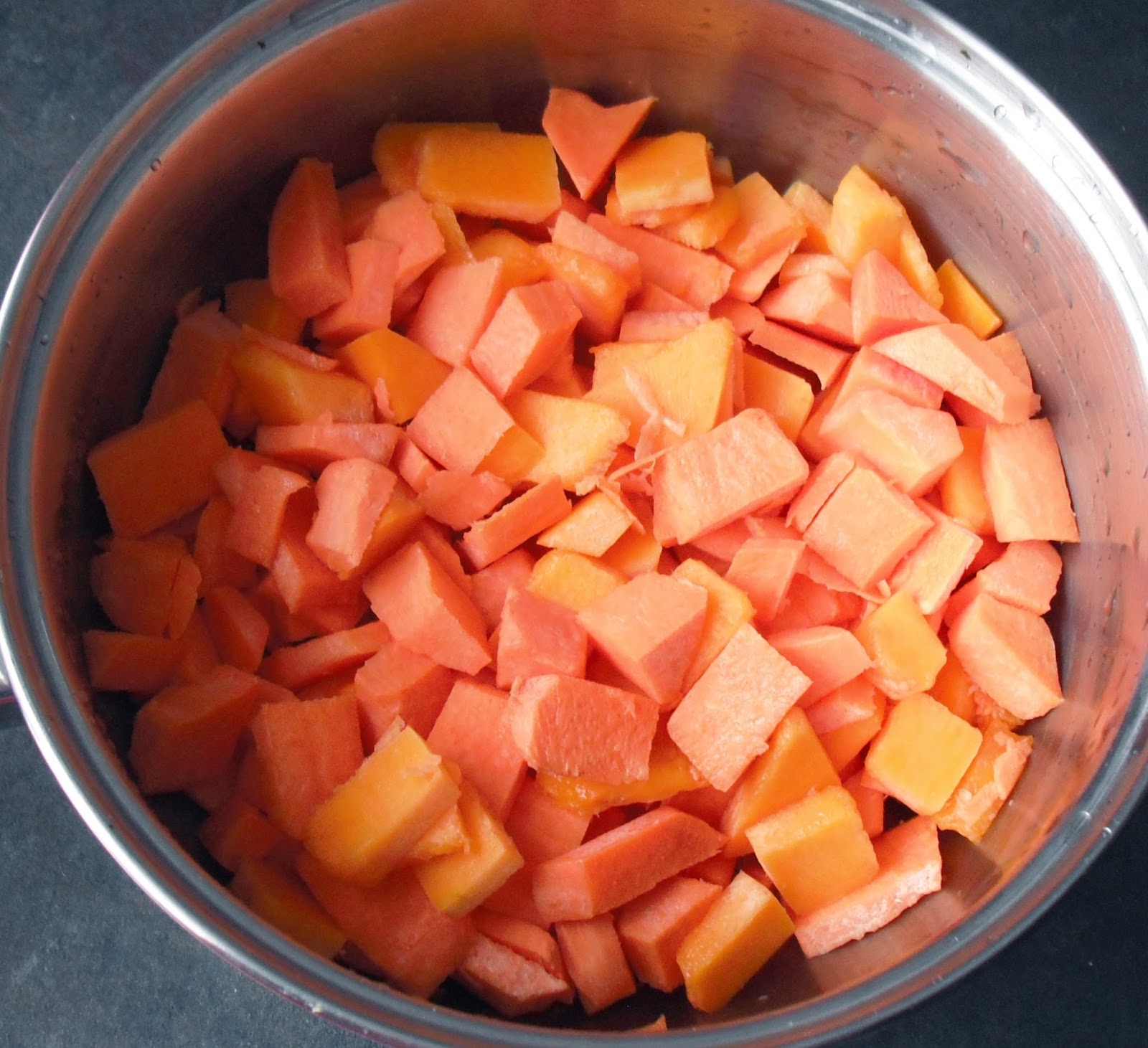 Lunch for 15p, and it was lovely. There was enough for two portions, but I scoffed the lot with a slice of wholemeal bread. 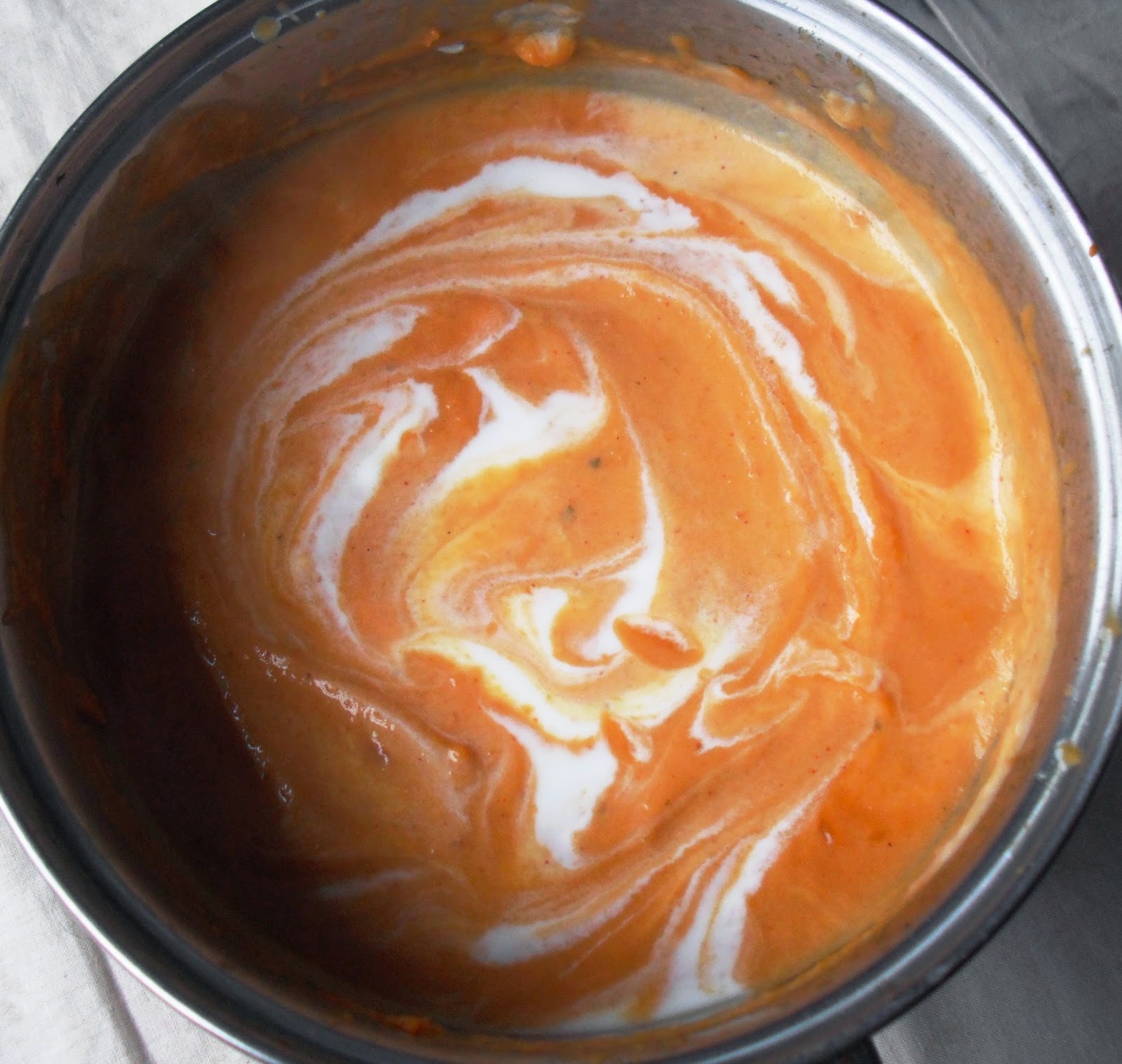 It was a day at home today, with a walk in the park this afternoon. I'm eating some chargrilled vegetable cous cous for dinner, straight out of the plastic tub. No shopping needed this week.

Thanks for popping in. Toodle pip.
Posted by Meanqueen at 18:00