Hello me hearties, I am surprisingly chipper considering I walked 18 miles today. I don't suppose it will last though, as the week goes on I'm going to feel more and more knackered. But chin up, I shall give it my best shot.
Goodbye Newcastle, it was sunny when I left, sadly though I was not on the sunny side of the river. I thought I had better get on the right side of it, because it would be a long way to the next bridge if I chose the sunny side. 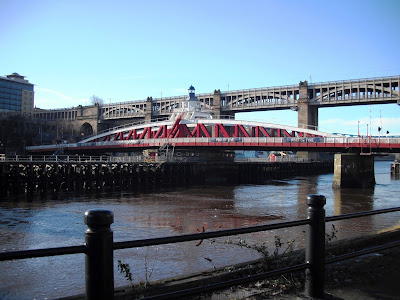 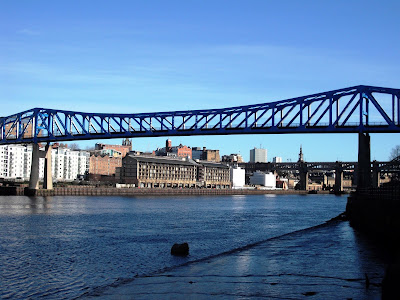 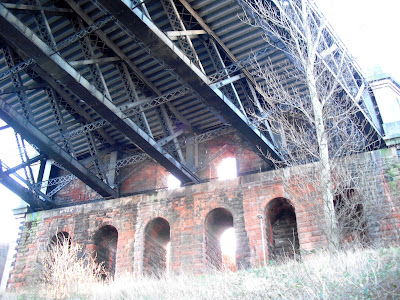 Further along the river at Dunston is this ancient jetty, the middle of it has crumbled. The coal was brought here on wagons and put onto boats. It would be brilliant if these could be restored, though I suspect it would cost a few million to do that. 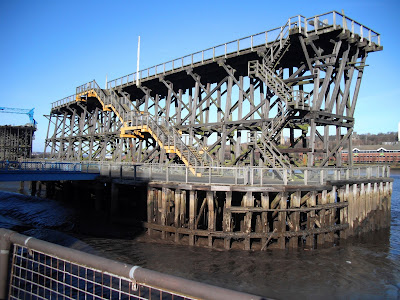 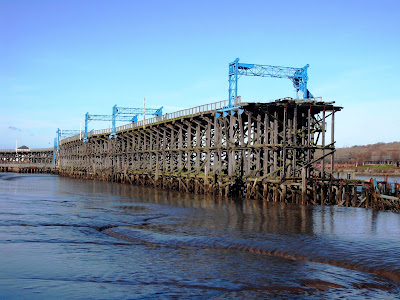 There are a lot of new houses along the water front. 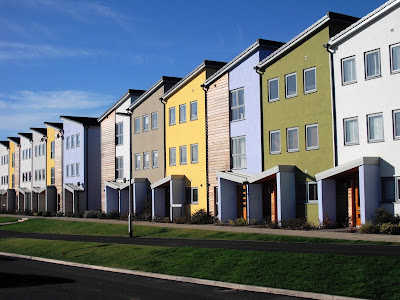 I turned left and headed for the Watergate Forest Park. The path went through the middle of an estate, look the rubbish that's been dumped. I suspect that some of it could be from the houses that back onto the path, because it isn't wide enough to get a vehicle down there. 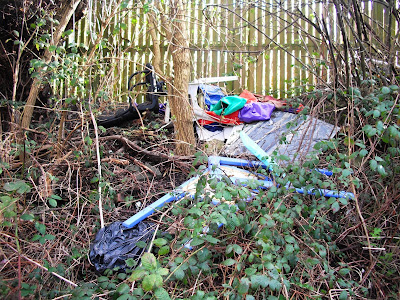 The trail through the park was well signposted, I love this iron seat. 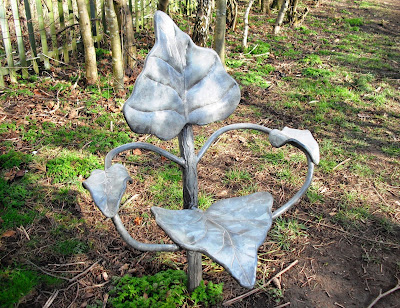 The overflow from the lake tumbles down over these rocks. 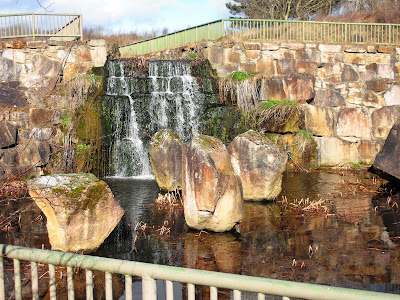 I followed the Tanfield Railway Path, this railway claims the title of the oldest railway in the world. This is the station, trains only run at the weekends during the winter. 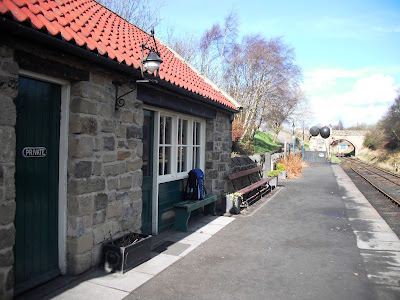 I had a chat to a man who works on site, he told me about a path that goes to Causey Arch. As it was on my route I decided to have a look. It was a windy walk across the fields, but a bit sheltered through the woods. 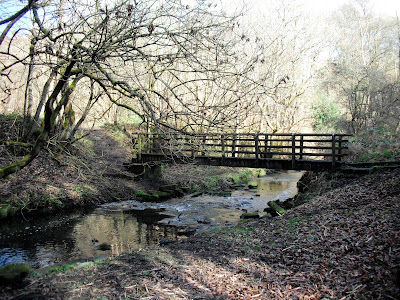 Here is the Arch, it is the oldest standing railway bridge in the world. 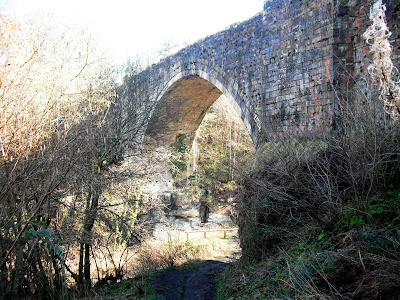 There are steps up to the top and this is the view half way across it. 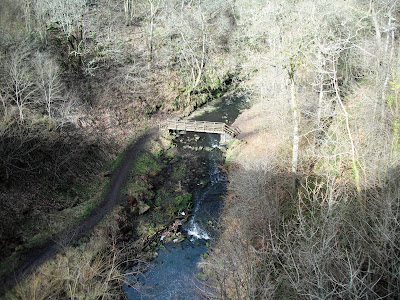 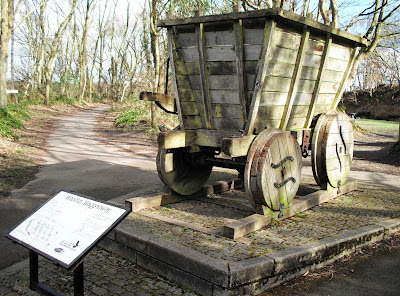 The next part of the route took me past the entrance to Beamish Open Air Museum. Sadly I didn't have time to look around, this is on my list for a future visit. 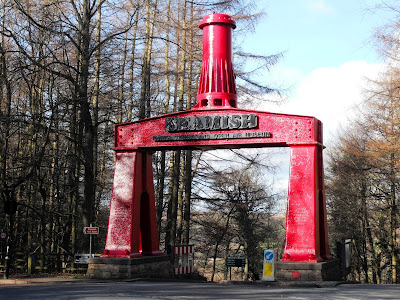 I walked through Beamish village and picked up the road through Grange Villa, Edmondsley, Sacriston, heading for Durham. 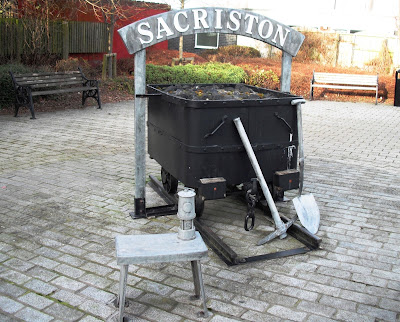 I was hoping to get a bed at a farm I have stayed at before, I rang but the owner said she has been away and only just come back. There was nothing for it but to carry on into Durham. It was a long slog down the B6532 but it had to be done, the sun was gone and it was getting cold.

Durham is one big building site at the moment, buildings are being demolished, workmen and barriers are all over the place. I traipsed around looking for a room with no luck, it was nearly 6pm, then I bit the bullet and walked into the Radisson Hotel. Whoohoo, pricey, but what the heck, stuff it.

The room is dead posh, the telly screen is like a cinema screen, and the bed is huge. Nice to have a bit of luxury. I'm going to get in the bath now, so please excuse me while I sign off.

Thanks for popping in, we'll catch up soon.
Posted by Meanqueen at 21:22