Loads of fruit to get through

Hello. We've had some beautiful sunsets just recently. I've taken to putting my camera in my pocket while walking around the village, just in case I see a nice picture. The church had a lovely orange glow the other day. As you can see by the clock it was only half past three and the sun was already going down, casting long shadows across the front of it. It's funny how the weather starts off dull and miserable in the mornings, but turns to sunshine later on in the day. 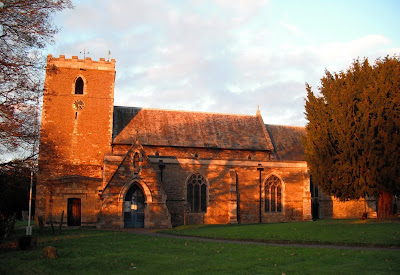 I'm scoffing my way through a load of fruit at the moment. As well as the yellow stickers I bought almost a week ago, I also got some fruit in the hamper from Joyce. I have fruit for breakfast anyway, but I'm having to eat more to get through it all. Here is my four fruit smoothie which I made this afternoon. A satsuma, a pear, some grapes, and a kiwi fruit, with a spoonful of plain yogurt. It was very nice. 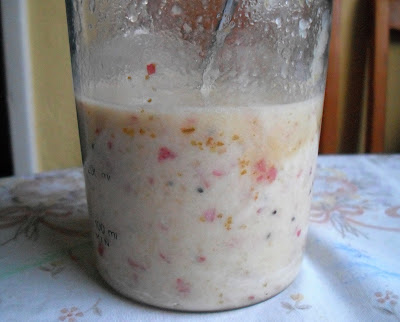 I've been trying some painting today, on the three canvases I bought for 50p each from a charity shop. Inspired by watching painting videos on yooootoooob. I don't think it's my bag really, too messy, but I'm having a go. It's not as easy as it looks. One of the problems I have is knowing when it's finished. You can go on forever adding a bit more here and a bit more there. I am trying different techniques, see where it takes me. I am drawn towards cubism, it looks so easy, the hard part is choosing which colours to use. I may not show you the results, so don't get excited, ha ha.

Only four more days to the end of the year, four more days left of the walking challenge. Are you making one last effort? I will reach my target of 1200, but I must say there are days when I think I would like a day off from it. That's why I am dropping back to the 1000 miles for next year, so I can have a day off now and again.

It's been very cold today, but we are lucky that we've had no snow. They've had it in the Midlands and the South, glad I don't have to go out on the motorways at this time of year.

A quickie tonight, thanks for popping in, we'll catch up soon.
Toodle pip
Posted by Meanqueen at 20:09