No, not that way, this way.

Hello. We don't get a lot of traffic in my village, there is a rush to get to work in the morning and it's not quite as busy later on in the day as they all come home at different times. The parents drop their kiddywinks off at school just before 9am, and they all line up along the side of the road in the afternoon to pick them up. Then the school bus comes through to take the big kids to the big school a couple of miles away.
This week there is no traffic in the centre of the village, and it's bliss. All traffic has been diverted around the obstruction. There are some though who take no notice of the signs, and carry on, until they can go no further. Are they blind, did they not notice the signs, or do they think they are not meant for them. I watch as they find they have to reverse back to the last junction they passed.
Seems straight forward to me, turn left because you can't get through if you turn right. 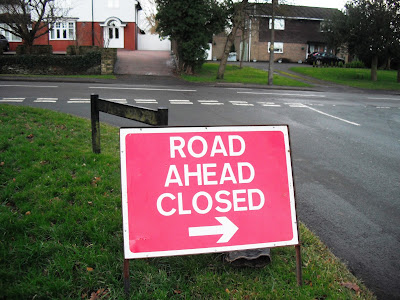 The road ahead is closed, you can't get through, turn round and go back. 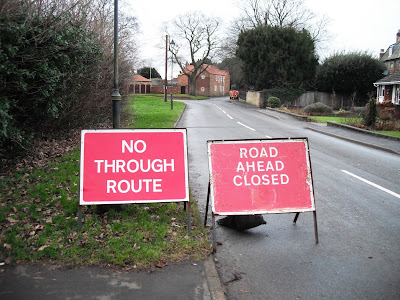 Aha, here is the blockage. A big hole in the road. Laying new pipes. It's for the super broadband. 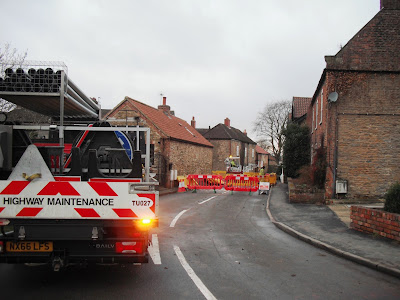 That's right, to go round you must go that way. I live quite close to the centre and it's lovely now it's traffic free. Not for long though, as soon as the job's done it will be open again, about five days they say. I asked the man if they could make it last six months, ha ha. 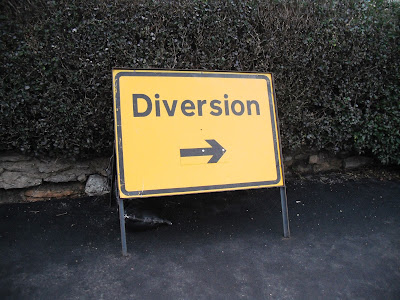 It's that darn cat again, wanting to get a closer look at what I am doing. I have an idea for a project in the garden, most of the work can be done inside, so I thought I'd make a start. This is a roll of re enforced plastic, very strong, it's got thread embedded into it, an offcut which I claimed from the Scrapstore when it closed down. I need to measure a seven foot length and cut it off. Then I want to divide the piece into strips, I can get four strips out of each piece. Will probably need two maybe three pieces giving me eight or twelve strips. Not sure yet. 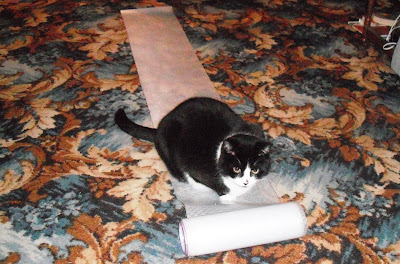 I don't know what this is but I saw it laid on a pile of rubble outside a house renovation. Hmmm, interesting. It's a piece of scrap plastic, I can see a use for it. Look at those perfectly formed triangles, it would make a wonderful template to put fancy edging onto fabric or a painting project. I managed to separate the two sides down the middle with a large pair of scissors. 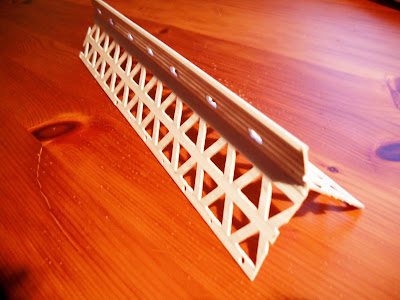 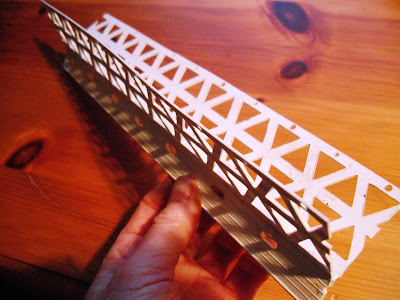 Now it's time to get my coat on and toddle off to see Tina cat. It's unusually warm here. I got some new books from the library today so I'll take one and sit with her for half an hour.

Thanks for popping in, we'll catch up soon.
Toodle pip
Posted by Meanqueen at 19:31