Get it down you, it will do you good

Hello. I wish the kids were as easy going about food as I am. I've got the oldies, Bugsy and Rocky hanging around my feet because they are not happy with the food I have just served up. They think if they whinge enough I am going to cave in and come up with a fresh bowl with something different in it. Sometimes I do,  to get a bit of peace from them. Tonight they are just going to have to eat what is there, I am fed up of throwing food away.
When we were little we had to eat whatever mum dished up, and some of it was pretty awful. Some of the meat dishes were unrecognizable as meat, gawd knows which bits of the animal she was giving us. I often felt sick moving it around on my plate and was almost in tears. We moaned a bit but it was eat it, there is nothing else. I remember tripe, I definitely had to go without that day. Later on when I went to big school I looked forward to school dinners, especially puddings which my mum was not very good at making.
This portion of frozen stew does not look very appetizing, but I know what's in it so it will be tasty. 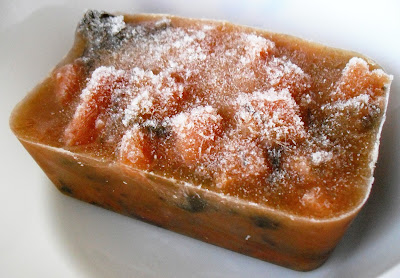 This is something I had the other day, simple veggie burgers in buns with potato salad and houmous. It was ok for a change because I couldn't be bothered to cook, but I could have managed on just one, I was too full afterwards. 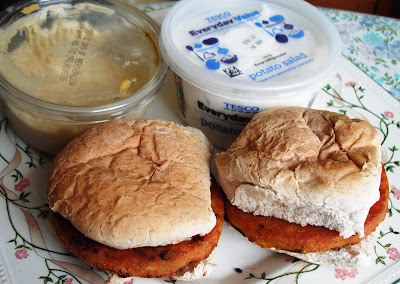 As you know I often chuck a few things in a pan and scramble two eggs into the mix. I like these simple one pan meals. Here is left over steamed veg from the previous day, I made too much, with a handful of frozen broad beans and some chick peas. 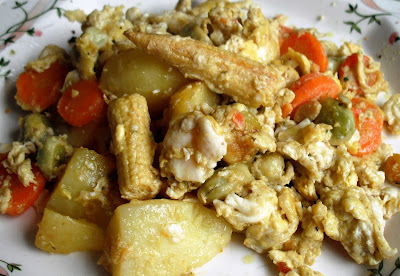 Underneath the beans and chick peas is a portion of cheap noodles, with Danish Blue cheese on the top. It looks more like a side dish you would get at a restaurant because I put it into a bowl instead of a plate. This was my dinner one night last week. 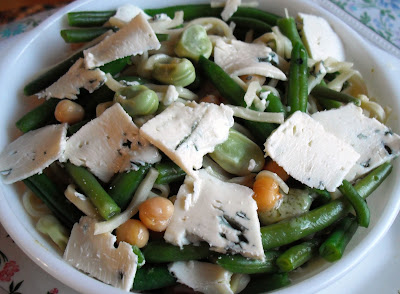 I like to mix and match my food, I don't need recipes to follow, I make it up as I go along. It makes life more interesting to invent new concoctions. Anyone else have a slap dash approach to food as I do, or do you need to have all ingredients close by to create a masterpiece?

Thanks for popping in, We'll catch up soon.
Toodle pip
Posted by Meanqueen at 21:48