This could be the start of something big.

Hello. We had some clouds come over this afternoon which brought with them a light breeze. I thought we might have some rain so I went for my usual walk just in case it tipped it down. I was half way round and the clouds cleared and the wind dropped, and I was boiling hot again. I am not getting on very well with the heat, quick to run indoors where it's a bit cooler.
A new project has begun. I bought this dooodaaah thingymajig from a charity shop for £1 a couple of weeks ago, I had to ask what it is for. Apparently it's to hang your scarves, belts, necklaces and accessories on. It's made of metal with a velvety cover. I like the tree shape and thought I might colour it, or add fabric, or wrap it with wool, or something like that. 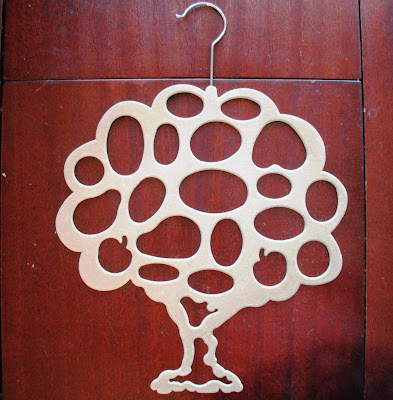 Yesterday I had an idea, use it as a template first, then later maybe do something else with it. I drew the outline on a large piece of paper, I used the back of a cheap print out of an old frame. Then draw the outlines of the holes onto cardboard and cut them out. 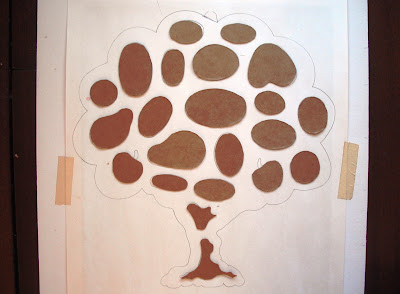 Next find pieces of colourful cotton fabric, preferably with a floral pattern, and iron on that vilene stuff to stabilize it. 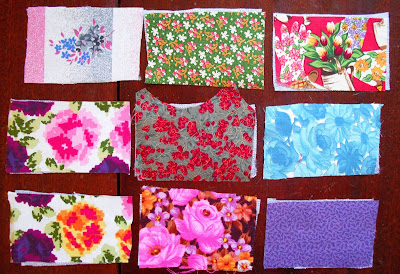 And use the cardboard templates to cut out the shapes. 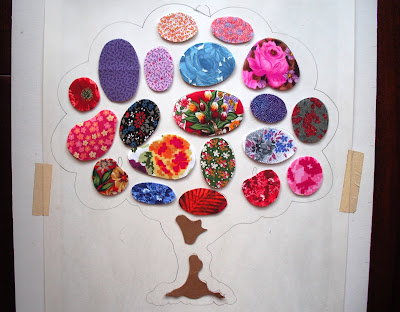 Next trace the tree shape using chalk, onto a piece of green snooker table baize, thank you Janet for that, and cut it out. 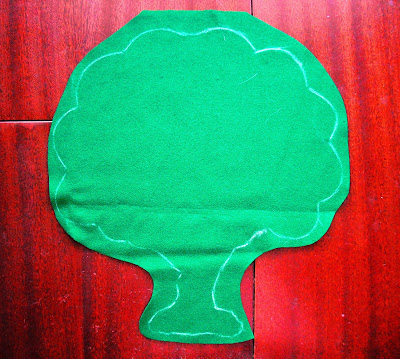 Place thingymabob on the top and put the spots in place to see how it looks. Now I have to sew them all on. I'm doing blanket stitch with matching colour cotton. I already have a backing, something I started about six months ago but didn't get round to doing any more. It's going to look good. 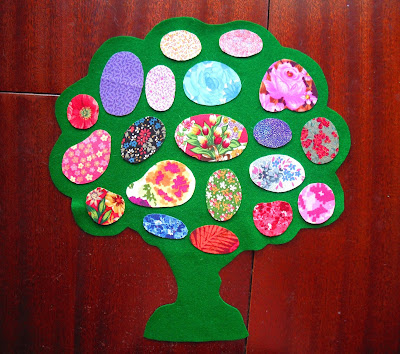 Two punnets of strawberries, minus some that I ate, 20p each, in the freezer. 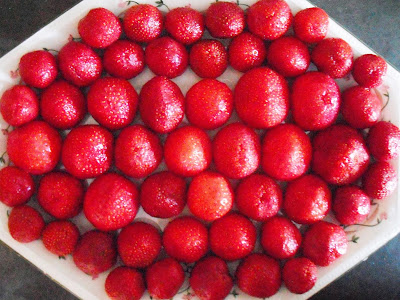 I noticed the other day that when the sun goes down at the front of the house it shines between the houses and lights up parts of the back garden. From a distance it looks like the sequins on the decorated flowers are little sparkling lights. 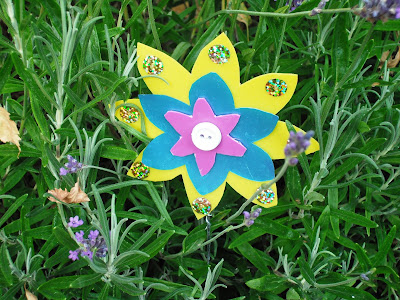 I need to wash up now and clean the kitchen. Clever me burnt a pan while I was steaming the veg, I didn't put enough water in it. Will I ever get the hang of this cooking and housework lark, ha ha. I'll do it now because there is hot water in the tank left over from an earlier bath I had. Might as well use it up.

Thanks for popping in, we'll catch up soon.
Toodle pip
Posted by Meanqueen at 19:29