Good evening. I had a ride out to Barton today. I wanted to get some dark blue embroidery thread from Boyes. The picture I am doing is dark blue stitching on a white background, and I don't have enough to finish it. While I was there I had a look at The Ropewalk Art Gallery. I'll put some pics of the exhibits on here later.
On the way back I passed by the house which had some Halloween decorations outside. The man was adding more to the display. He gave me permission to take photo's. He said come back on the 31st because that will be the best time to see it. He is really going to town with it. 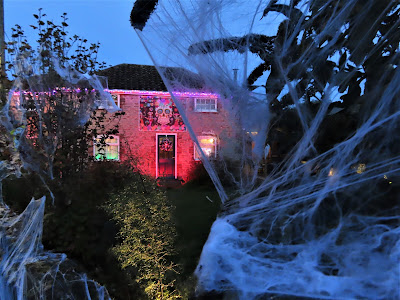 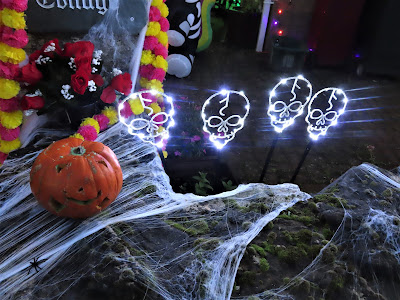 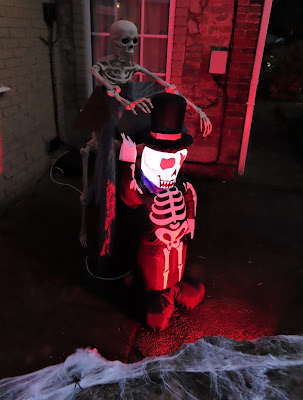 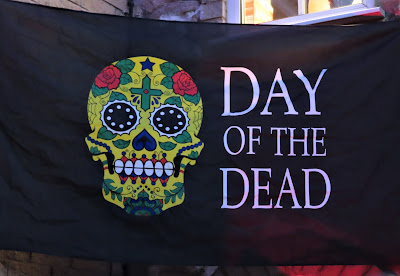 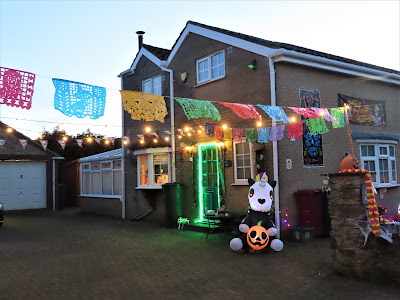 It's nice that he is making an effort for his kids.
Thanks for popping in. Catch ya tomorrow. Toodle pip.   ilona
Posted by Meanqueen at 21:47

Email ThisBlogThis!Share to TwitterShare to FacebookShare to Pinterest
Labels: fun

New comments are not allowed.