Here we go, the last Truckfest report for this year. I probably won't go to another one until this time next year. Once a year to get my fix is enough.

I said I like wreckers, look at this one. WOW WOW WOW. What a beauty. 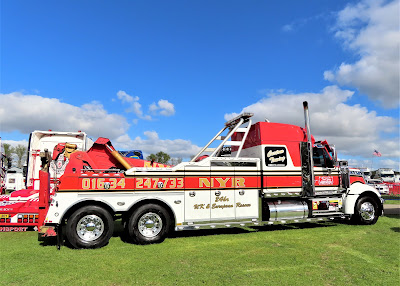 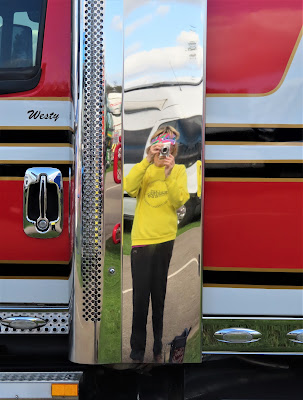 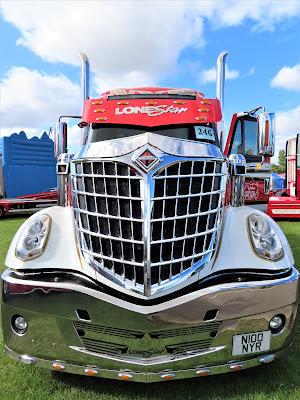 There is always entertainment in the ring to entertain kids and adults alike. Big Foot trucks can drive over the top of a line of cars squashing them flat. This one was giving people rides in another ring adjacent to the main one. I watched it as the passengers were bounced about like they were on a ferry on a rough sea. I would have been seasick if I had dared to go on it. Clouds of dust engulfed everybody in the crowd as they were waiting their turn. I gave it a wide berth and kept out of the way. 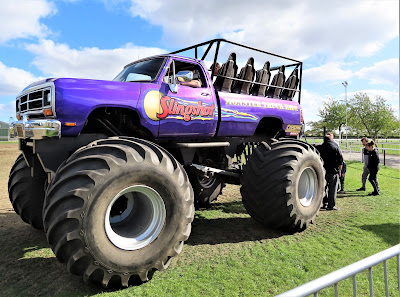 I don't usually watch the action going on in the main ring. After so many years of attending these shows I have seen it all before. The stunt motorcyclists were doing their last slot of the weekend. Lucky I had my camera in my hand. Look at that jump. What is he doing! 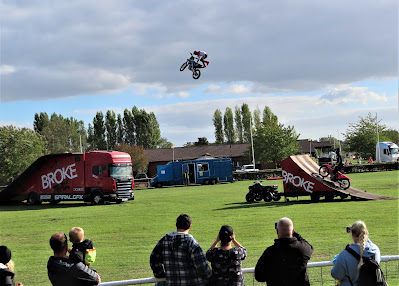 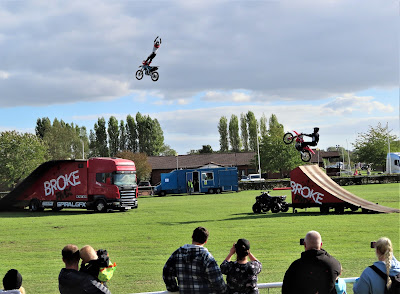 Chuffin heck close up. The second rider did a full loop the loop. I am reminded of Eddie Kidd, so I just looked him up. Eddie did over 3000 jumps, but his career was cut short when he had an accident. He was a fearless young man who had everything going for him. Later videos show him in a wheelchair. Such a sad story. 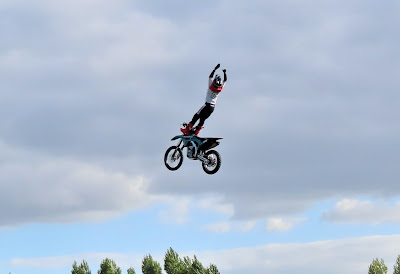 Next in the ring was the prizewinners lined up to receive their trophies. 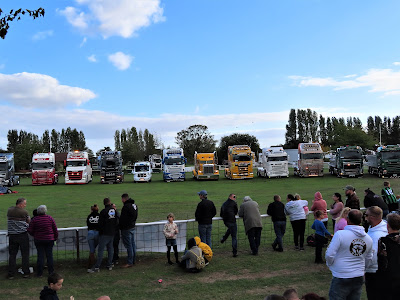 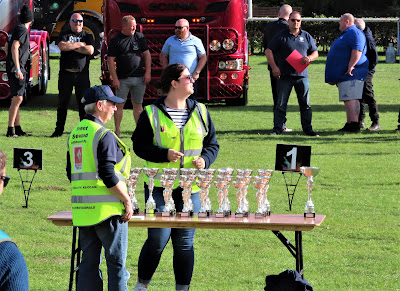 One last look at the prizewinners line up. 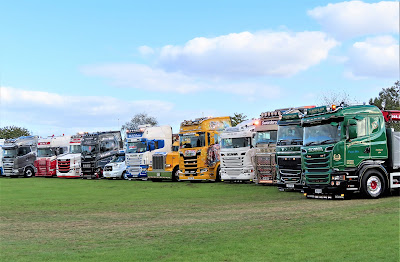 Only one thing left to do, hitch up the caravan and head off back home. 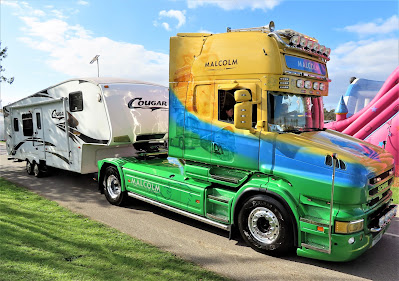 It took a while for me to get out of the car park. Once the prizes had been given out then came the great exodus. I waited in my car for a while for the queue to clear before I attempted to leave the showground. Pity I didn't have the bed with me, I could have had a snooze.
It was sunny today, so I took the opportunity to do a 7 mile walk. It was windy but warm.
Thanks for popping in. We will catch up soon.   Toodle pip.   ilona
Posted by Meanqueen at 20:38