Will be interesting to see how they sort this one out.

Hello. This is going to be interesting, an article in the Guardian about charging people to watch BBC iplayer on a computer. The Government is to rush through legislation to close the iplayer loophole which allows people to watch BBC shows on catchup services without having a TV licence. As you know this is what me and millions of others are doing, perfectly legally.
Apparently the BBC are losing out on £150 million a year. I think they maybe should have thought of that when they joined in the rush to build their internet site. Surely the present situation was predictable, they broadcast programmes which can be seen live, and an our later on catchup, and people can access either from their computer. You do need a TV licence if you watch live TV. A detector van will pick up the signal if you are watching on a conventional TV set, but I'm not sure how they can police it if you are not receiving a signal from an aerial on the roof of your house into your computer.
It will be interesting to see how they are going to get people to buy a licence. I don't think anyone will be flocking to buy one. You don't need a licence to watch the other channels because they raise their revenue through advertising, so what's to stop people saying they only watch the other channels? How are they going to prove that you are watching BBC?
It's going to be one hell of an administration and technical nightmare to sort this out. There are so many different devices to watch TV on, and not all are static and connected to a socket on the wall. How will they be able to keep a check on every one of those, especially when millions of people are on the move. Is everyone going to need to get a licence irrespective of whether they actually watch BBC TV or not? I can't see that happening. We already pay for broadband, or maybe an extra charge will be added to that, but then there is a lot of free access to wifi now. Maybe will we be able to opt out of the BBC television web site? Perhaps they will block it and you have to buy a code to unlock it. I will watch with interest on how this story unravels.  You can read the full article here. 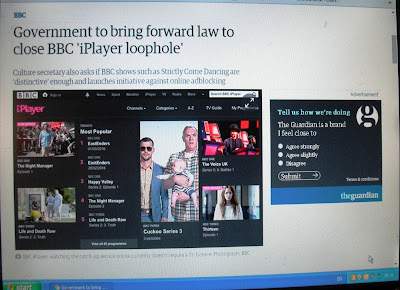 In the meantime, I am not worried about what might or might not happen. I see television as a want, not a need. When I first had a computer I didn't watch television on it. Then I found out I could watch programmes on catchup and I thought it was a nice little bonus. I don't watch much at all, only the odd one or two that interest me. So they can do what they like, I am not bovvered.

I can still get my entertainment from Yooootooob. Watch as much as I want from all over the world. 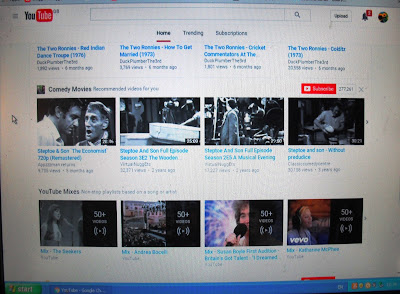 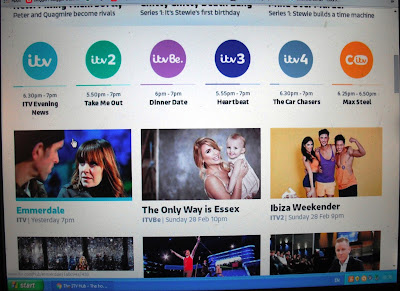 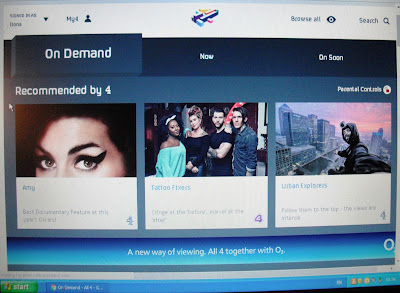 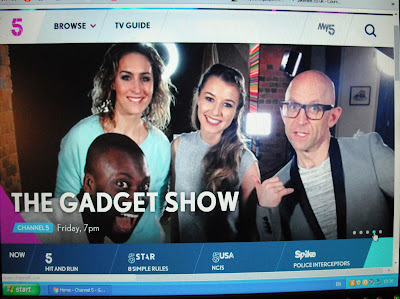 I have also been snooping around the net, and there are lots of other sites where you can get free television from all over the world. Sorry, but I won't be buying a licence.

Look at the time, I've been waiting for the rain to stop, must get up off my bum and do three miles.

Thanks for popping in. Catch up soon. Toodle pip.
Posted by Meanqueen at 20:23