Look at this smashing bag, it's a big one, from Tesco, I found it this morning. It was in a bin outside the Village Hall. I always have a peek in there when I go to Crafty Club. Seems there was a party on  over the weekend, all the catering debris was in the bin. It was mostly in plastic bags, but this bag had wrappings in it and looked like it had only been used just the once to carry food from the supermarket to the venue.
Why did they throw this bag away, why didn't they empty the contents straight into the bin and take the bag home to use again. The mentality of some people is beyond my comprehension. I don't know how much these bags cost because I have never bought one, but to throw it away when it could be used for at least another year is plain thoughtless and daft. 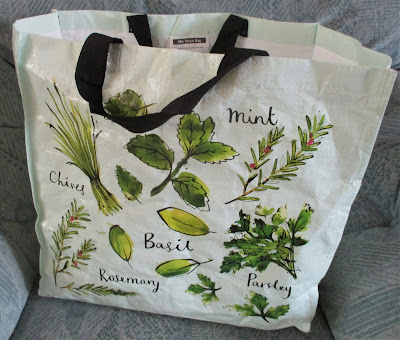 I found these two popcorn buckets as well. They are big enough to use as a bin in the bathroom, or anywhere else for that matter. I have put one in my bathroom and will find a use for the other one. Storage for small items maybe. 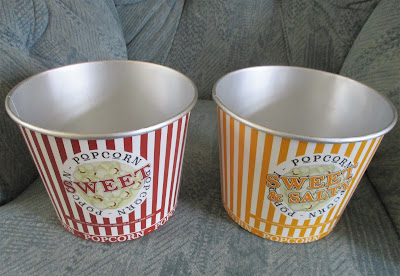 I feel sometimes I am fighting a losing battle with re cycling, re using, and re purposing. I wonder why I bother making shopping bags, but I suppose if everyone was selfish about chucking everything away, the world would come to a halt a lot sooner. Keep on re cycling and re using everyone, we have to at least keep trying. Eighteen shopping bags made. 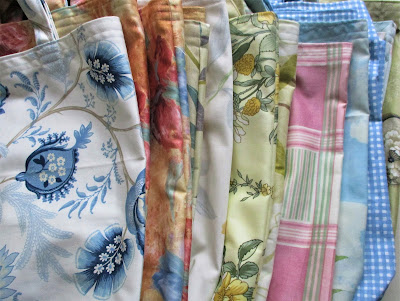