A new tapestry for the church.

We have a new tapestry in our village church. It was designed about two years ago by the children from the village school. Someone started it, then it got put to one side, then it appeared again. Ann our Crafty Club leader brought it into our Monday morning meeting and asked if anyone could help with it. There was still a lot to do. I think the idea was that we could do it as a group project.
Some of our members don't sew, they knit, so that narrowed it down a bit. Some members have other commitments and wouldn't have the time, so that narrowed it down further.
I had to admit that I didn't want to get involved in a project, especially a group project, that was going to drag on for a long time, I didn't want the commitment. Others felt that way as well. I can't work to someone else's  pattern I have to make my own up as I go along. After discussion Ann said she would take it on. And now it is finished, one year later, with help from Carol who put the backing on.
It looks very nice hanging in the church, Ann has done a good job. 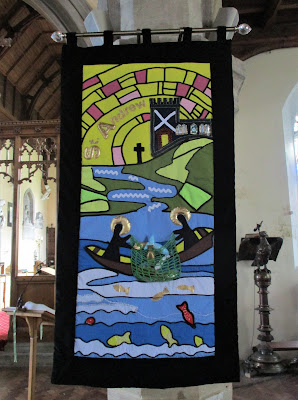 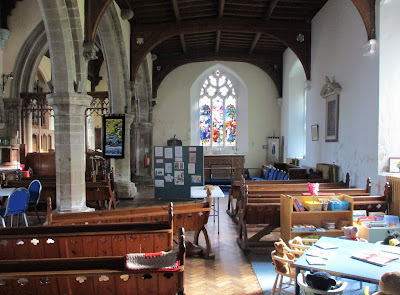 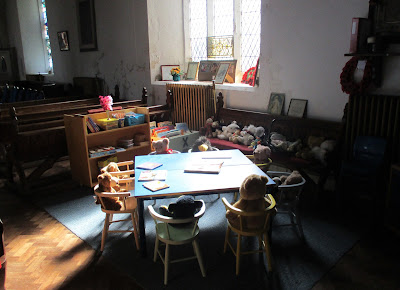 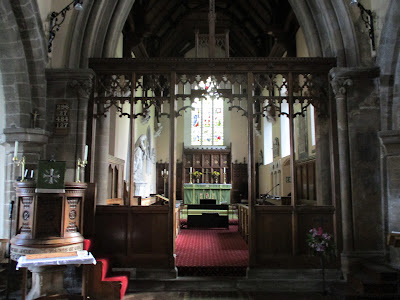 When I took these photo's on Thursday they had tables set up for a coffee morning and service. Good idea. I like having a look inside churches when on my travels, but I don't go to services in our village church.
Toodle pip. ilona
Posted by Meanqueen at 21:19