Me and Vicki walking in the Yorkshire Wolds..

Twas a fine day for a walk last Thursday when I met up with Vicki at Huggate, in the Lincolnshire Wolds. Rolling hills, gentle slopes with a couple of steepish climbs. We have been trying to find a date suitable for us both for a while now. I'm busy, Vicki is busy, sun too hot, or raining. At last we did it.
We were using a walk from the Country Walking magazine. It was nine miles, with written directions. We both had Ordnance Survey maps as well. It's not a good idea to just use the guide as it doesn't cover a wider area if you need to adjust the route and add a bit extra, which we did. 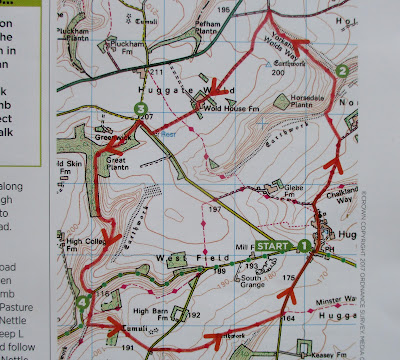 Two other walking groups had the same idea as we did, and parked in Huggate. At one time three people were behind us, then later we came across another group going in the opposite direction, but most of the time we were alone. A beautiful day for a walk. 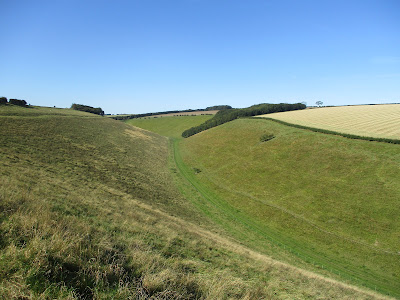 I have come across this type of bench before, very arty, curved pieces of wood fixed to a metal frame. 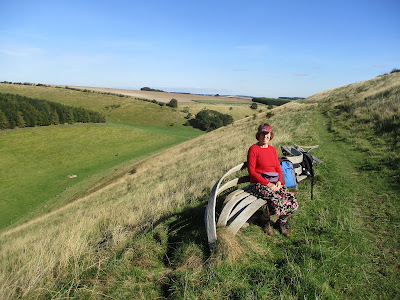 We walked through Wold House Farm, a very big farm, which I noticed was neat and tidy, no rusty old wrecks lying around here. 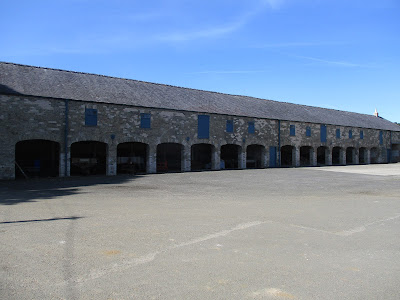 Onward through the Great Plantation. 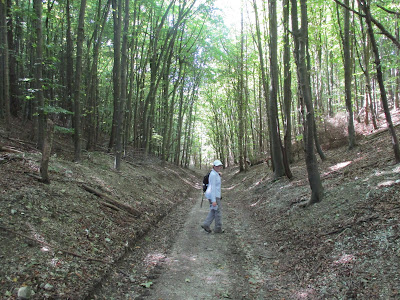 At this point we decided to add a bit extra to the magazine walk, it was too early to head off back to the start. Best make the most of the lovely weather while we have the chance. 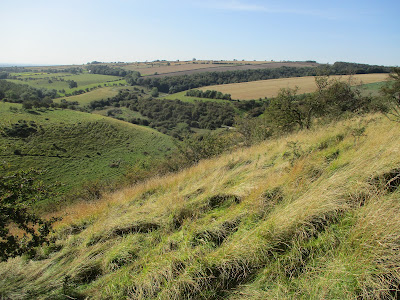 Vicki checking the map and deciding which path to take. 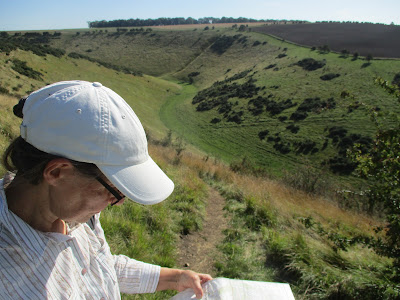 Part of the route we were following was the Yorkshire Wolds Way, the last bit was the Minster Way. Back at Huggate we went for a drink at the tea room there, not inside but sitting out in the sun. Vicki had tea and I had coffee, and erm.....cake. Eleven miles walked today, that has given our mileages a boost. Vicki is beating me. I am pacing myself month by month, Vicki is surging ahead because she may want to ease off a bit when winter sets in. Very sensible.

Email ThisBlogThis!Share to TwitterShare to FacebookShare to Pinterest
Labels: exercise, holidays/days out, walking