I had a drive out today, to Finningley, not far from Doncaster. I parked the car near the church. Makes it easier to find it when I have finished the walk. 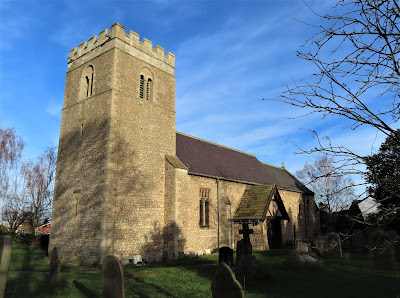 Robin Hood Airport is nearby, I wondered if I might be able to get close enough to take some photos. There is a path going out the back gate of the church, which joins another path which then follows the perimeter of the airfield. I decided to explore.

There is a high wooden fence, and a wire mesh fence around the edge and the path is between the two. I walked in an anticlockwise direction. The path is well worn due to the locals using it for dog walking. The main buildings were quite a long way away from me, I had to zoom in to get this pic. Then I hit some brambles so I had to turn around and go in the opposite direction. 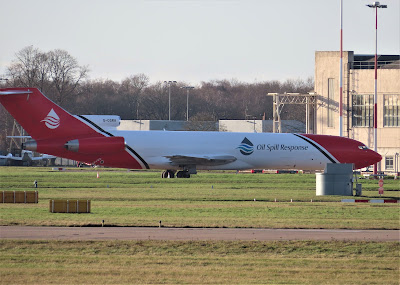 This is the end of the runway. I was hoping there would be some aircraft activity to take a few pictures of them landing and taking off. I wasn't so lucky, not a lot moving about. 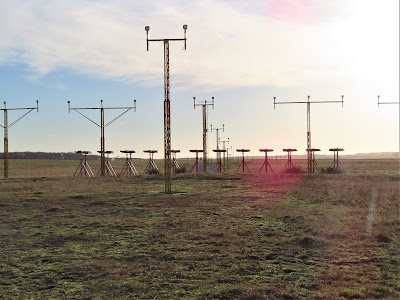 This was parked on the ground. Another zoom picture. 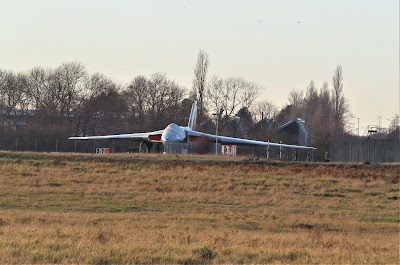 Aha, one is coming in now. 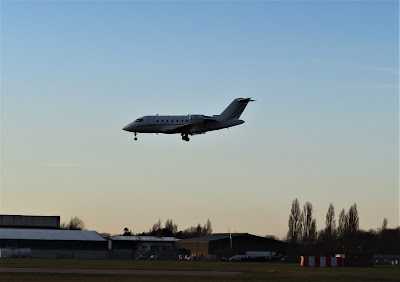 The fire engine trundling along. 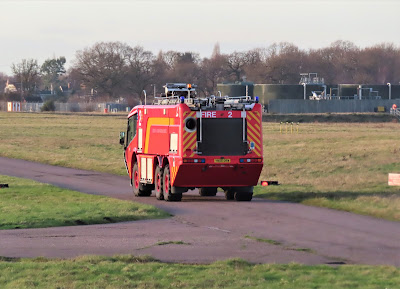 Almost back home and a stop to take some pics of the sunset. 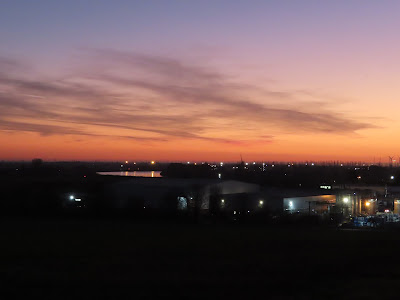 I noticed the reflection on my car bonnet and windscreen. That might make an interesting picture. 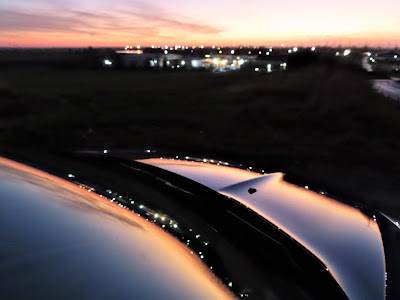 What would it look like if I tilted the camera at a crazy angle. 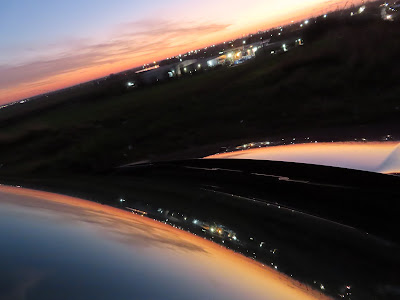 I was back home at just gone 5pm. It wasn't a long walk, just good to be in a different place. A nice afternoon out. Thanks for popping in.