A ramble round Epworth

Time to get out walking again, I can't sit on my backside doing nothing. It was quite warm today, a bit overcast with a slight breeze, ideal for a 10 mile ramble around the Isle of Axholme. So named because it was an inland island surrounded by rivers, until it was drained by Dutch engineer Sir Cornelius Vermuyden. I parked in Epworth, birth place of John Wesley and Charles Wesley. This is the Wesley Memorial Methodist Church built in 1889. 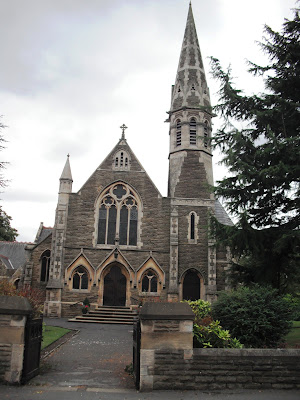 The steps in the town centre have this plaque on a memorial stone. 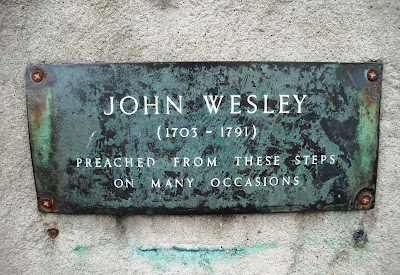 There are a lot of restored old buildings, and a lot of small independant shops which seem to be surviving. I didn't see any empty shops, this is a very affluent area so I suppose people can afford to support them. 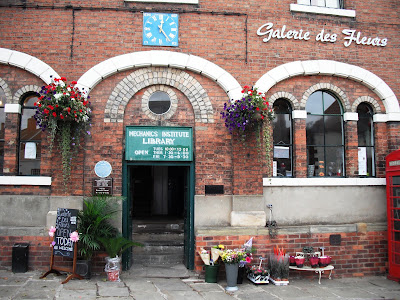 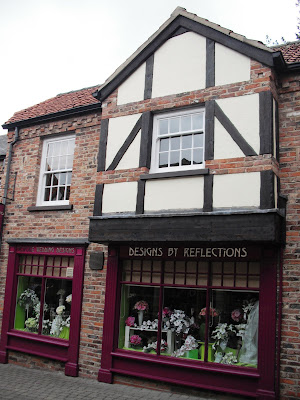 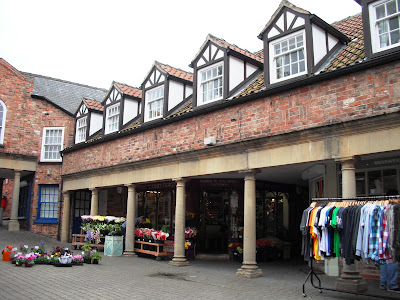 This is St Andrews Church. John Wesley's father was rector here in 1695, and his tomb lies in the churchyard. 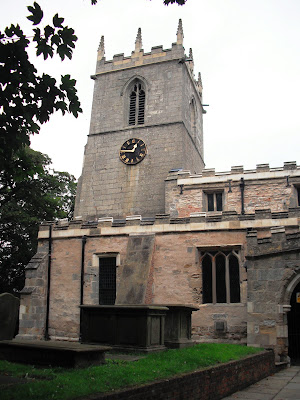 It looks like some work has recently been done to replace stolen lead. Churches are now having to use alternative less valuable materials, 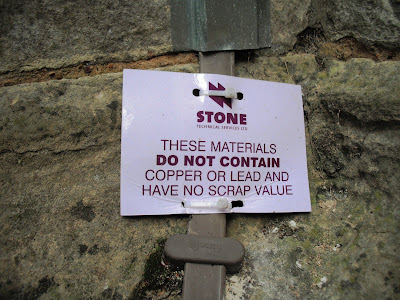 This is the main window behind the Alter. 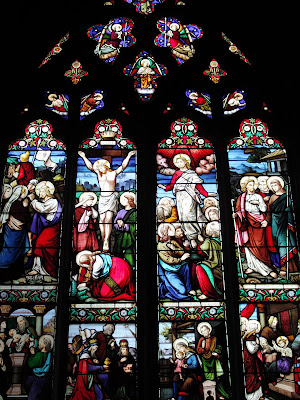 This modern statue stands in front of a modern housing complex. 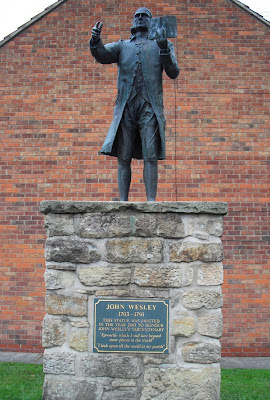 I'll tell you a little story, a bit of name dropping here. I used to have a stall at the Christmas Market in Epworth, and a very posh lady bought a small salt and pepper set off me, it was two matching painted china cats. A minute or two later the lady on the next stall said, 'hey, look, it's Lesley Garrett over there, the opera singer, she lives here.' I was dead chuffed, Miss Garrett was my posh customer.

Time to leave Epworth, past the Old Rectory, down a minor road, and across the fields towards the River Trent and Owston Ferry. This is the rather grand entrance to St Martins Church. 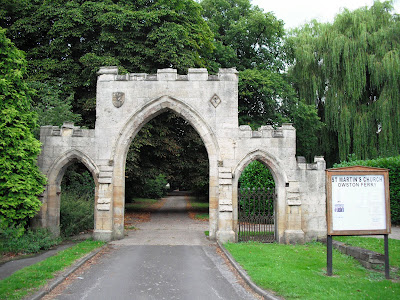 The church is down a long driveway. 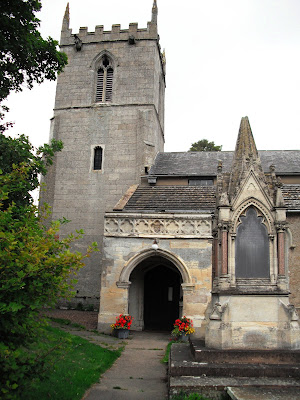 It looks like they have run out of space for graves in the main churchyard, and are now using this plot of land next to it. 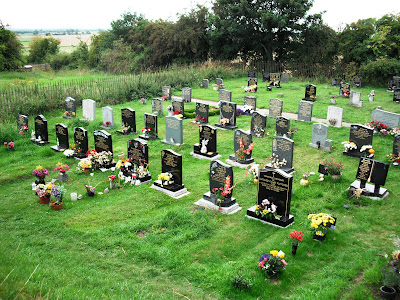 There is an old iron boot scraper near the front door. Now you see it..... 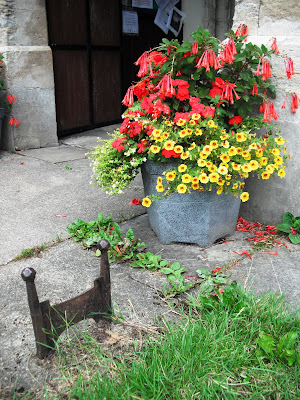 now you don't. North Lincs elf and safety gone mad. I had to move the cone out of the way to take the church shot, it was then that I found what it was covering up. Barmy. 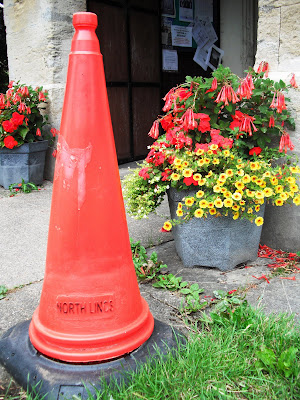 Next it was across the fields to East Lound, then turn right back to Epworth. I was gobsmacked when I was walking down a track around the edge of a field. A big flashy BMW was coming towards me. I wondered where it was going to go when the track ended. The next minute it set off across a ploughed field. I thought what the heck are they doing. I stopped to put my jacket on as it had started spitting with rain, and turned round to see the car still in the field but coming towards me. As I stepped aside to let it pass, I saw two middle aged blokes in it, ha ha, it's just boys and their toys.

Nearly forgot, about the photograph competition, with no prizes. Felt tip pens. Slinky's. Not phone cords, but electrical curly leads, I used to make headphones for metal detectors with them. And the blue things are disposable hairnets, the type they use in food factories. They come in a strip and you pull them open.

A bit of kitty news. I called in to see Sue on the way home, we have two new black kittens. The police had taken them off two boys from a travelling campsite, they were sending them down a slide on a kids playground. The lads said they had found them. Anyway, they are safe with us now.