A walk along the canal at Misterton

Oh dear, I've gone and done it again, fallen asleep at the computer, ha ha. I was yacking on the phone to my sister last night, then I got as far as loading the pics and couldn't keep my eyes open. So let's look at yesterday's walk, which was far more enjoyable than the previous day. I decided I had to drive a little way out to reach unfamiliar territory. I've almost exhausted all combinations of routes closer to home, and I would hate to bore you or myself by tramping over the same ground.

So here is my start point, Misterton, there is a splendid sign as you enter the village on the A161. It's a few miles south of Epworth, the next village down after Haxey. I parked next to the church, walked a little way down Gringley Road, and got on the tow path of the Chesterfield Canal. 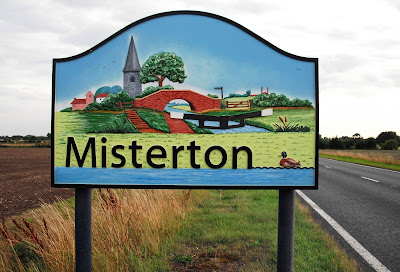 The tow path is in excellent order, it looks as if the mower has been along there recently. It was very pleasant walking along in the sunshine and not having to keep looking down at where I was puting my feet. I am walking along The Trent Valley Way 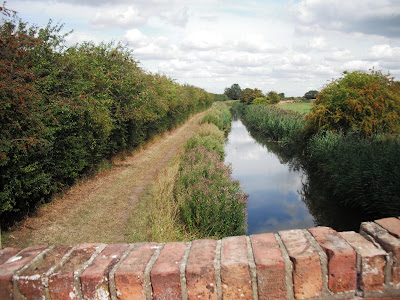 No fishing in this area or you might get a nasty shock ;o( 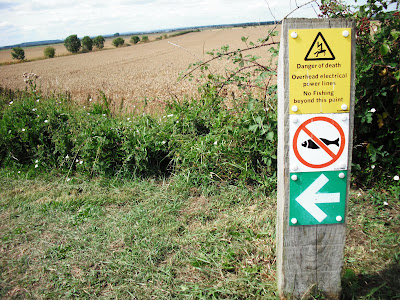 There were eight bridges and one tunnel along the section I walked. 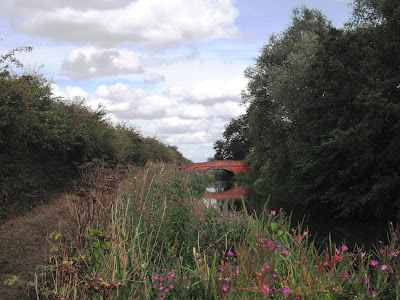 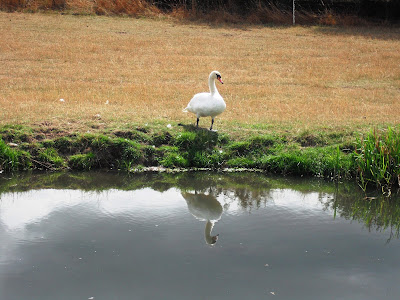 I sat and ate my sandwich at this lock, and watched a man navigate his boat through it. The lock gates were operated manually, but it looked quite easy to do. He had sandals on and I noticed his toe nails were painted red, a bit odd I thought for a man of 60ish. I told him it looked very nice, he smiled and said his daughter had painted them. I walked on and he didn't catch me up. 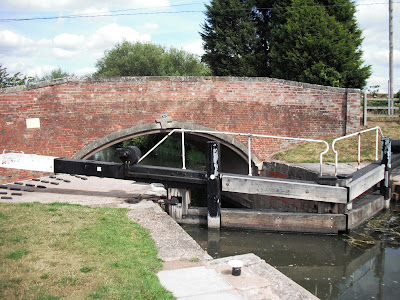 The same lock, in the opposite direction. 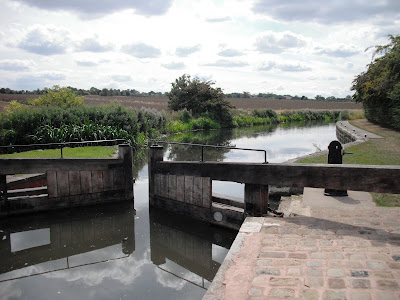 This lock had a pretty whitewashed cottage next to it, it was called, erm, Lock Cottage. 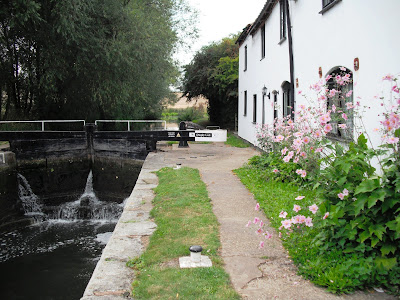 I turned the corner at Cuckoo Hill and went under the main A631, then the canal went through a tunnel and I went up to the road and back onto the tow path at the other side.

Passing through a wooded bit I spotted this memorial in the bushes. I see Doug was born one year before me, so sad that his life has already ended. 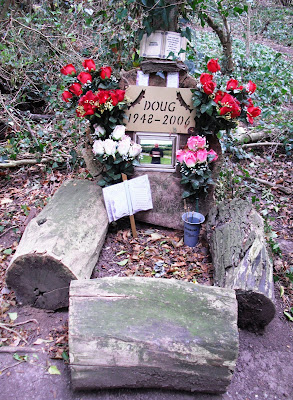 Here is an old wreck of a boat just ripe for restoration, any takers :o) It's a very quiet and peaceful canal, I saw hardly anyone. A man and his boat, an elderly couple gave me a cheery wave from their boat, two men and two boys paddling a canoe, and a few fishermen. In the fields on the other side the massive combine harvesters were doing their job. 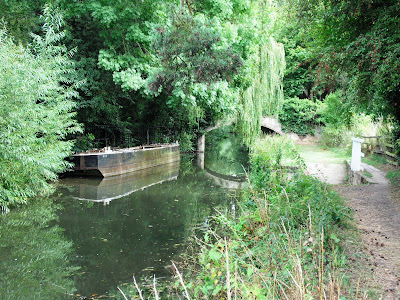 I came off the tow path briefly, into the village of Wiseton. The big Hall is in it's own grounds and hidden behind high walls and big gates. I chatted to a lady clearing the footpath of weeds in front of her house. She told me all the houses used to belong to the Estate, but they have all been sold off now. This pretty cottage had church like windows, it looks very old. It's a shame about the white painted fence though, a wrought iron one would have been much better and more in keeping with the character. 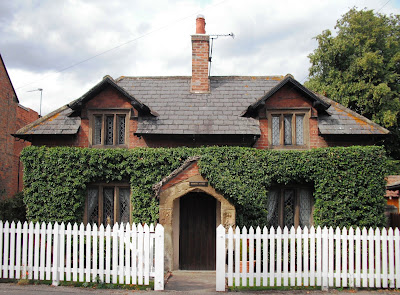 Back onto the tow path, and off again at Clayworth, this is the church. There is a very nice wrought iron arch at the entrance, but look how they have spoilt it with the ugly modern signs. Did they really have to put them right there in your face? Annoying. 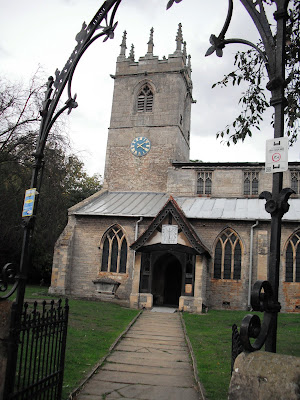 It was a quick march through Gringley on the Hill, time is getting on. I keep getting caught out with map scales. I am using a 1:50, and think I can cover as much ground as when I am using a 1:25. Of course I can't so I end up doing more than I intended. The easiest way was back onto the canal, much more pleasant than taking the B1403 back to Misterton.

I wonder what this place used to be, that chimney stack looks far too big for the house. 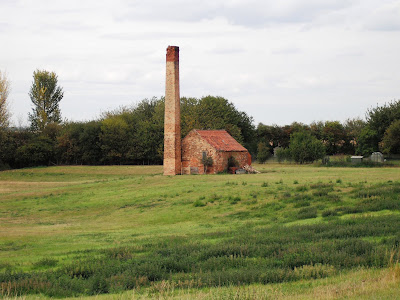 I'll leave you with a typical English scene. The farmers are busy getting in the harvest and the fields are turning to stubble, which will soon be ploughed back into the soil. I've had a lovely afternoon walking. Today's mileage is 13.89. 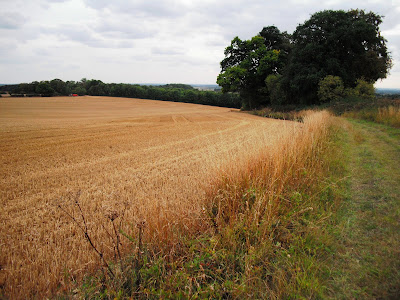 Hooray, the chippy is open when I got back to the car. A bag of chips will do nicely as I won't want to cook when I get home. Only one thing left to do, call in at Tesco on the way back to pick up a few knock down last date bargains. £12 spent, that will do me for the week.
Posted by Meanqueen at 22:56