A change of plan.

After the three hour visit to Hadrians Wall, I set off west to look for a bed for the night. I drove to Haltwhistle, couldn't see anything to tempt me. I had a look at Brampton, nothing there which took my fancy. By this time I was wondering if the trek to Carlisle and beyond was going to be worth it. The plan was to find the end of Hadrians Wall at Solway Firth. Time was getting on and it looked like it was going to be another night in the car.
I pushed on to Carlisle and hit the busy streets. At that point I decided to abandon the plan to drive straight through it. Just get me out of here. I really needed to know that I could find a guaranteed parking place. I picked up the sign for the M6 Motorway. A few miles south is Southwaite Services. I realised that I didn't need to look at any more of the Wall. It's just a pile of stones, and I would much rather visit small towns and villages. So Southwaite it was.
The next morning after coffee and a shower I set off and left the Motorway at Penrith. I haven't been to Alston before so that might be a better plan. I chose the road A686. There were lots of twists and turns as it climbed to the highest point.
I came into the village of Langworthby and stopped to have a look.
Bridge over the River Eden. 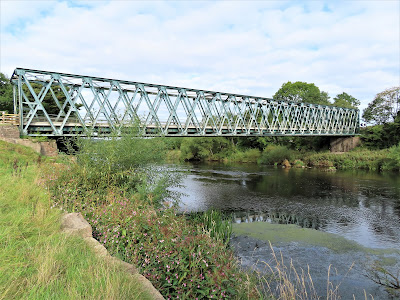 The Shepherds Inn on the Village Green. 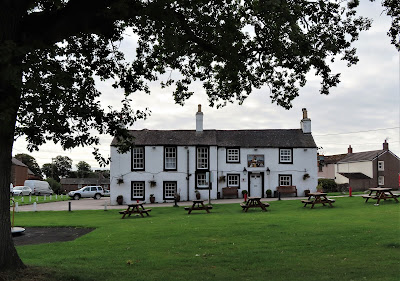 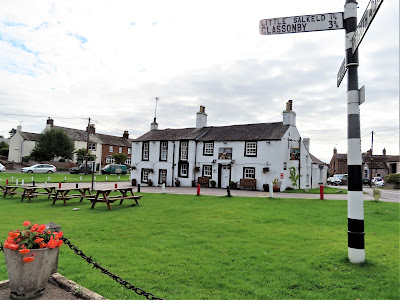 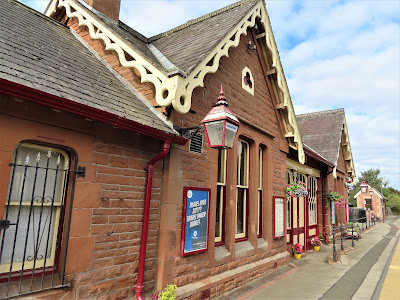 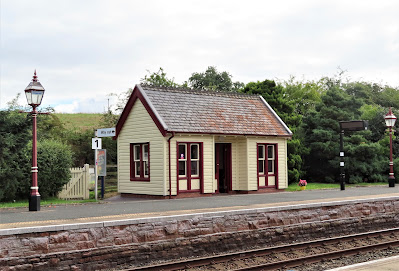 I carried on a bit further to Melmerby.
The Old School at Melmerby. 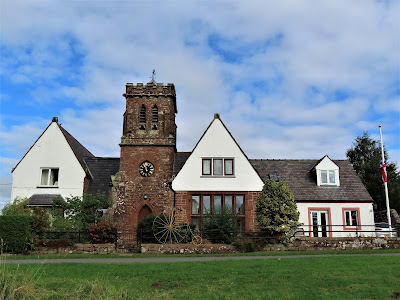 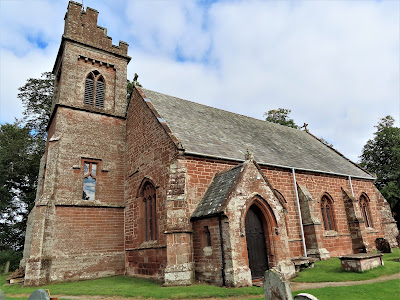 It's amazing what you come across. Llama basking in the sunshine. 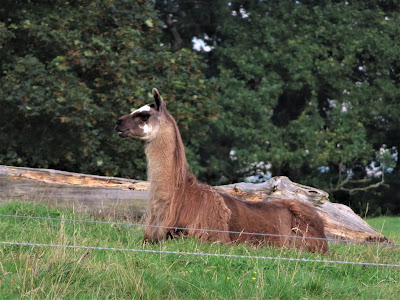 This ostrich came right up close to me. I stepped back in case it decided to peck me. 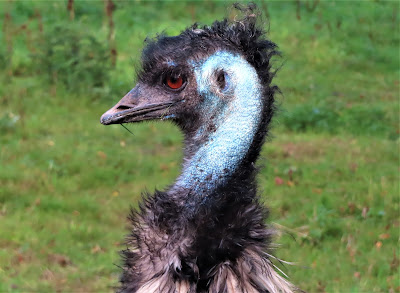 Keep driving up and up, and stop at the viewing point. I think there used to be a cafe there, but there isn't one now. It was a popular place to stop. Bikers pulled in, and a group of classic car enthusiasts pulled in 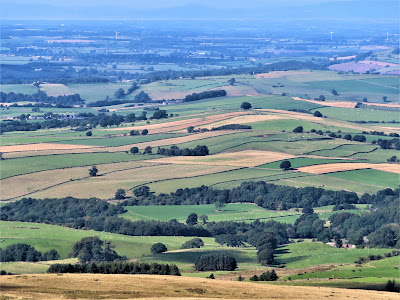 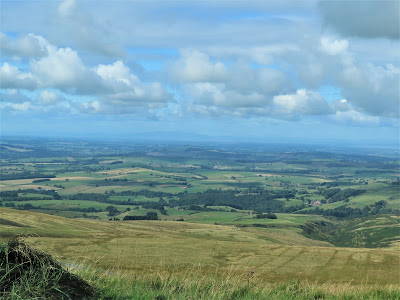 I parked on the edge, what a view.
Am I nearly at the end of this holiday? No not yet, it goes on and on. Pictures of Alston on the next blog post.
Catch ya soon. Toodle pip.   ilona
Posted by Meanqueen at 13:15