Good morning, it's Tuesday and I have the task of writing up posts about the events of last week. It's a good job I made some notes. Now where was I? Yes, I finished at Beamish and still had a couple of hours of daylight left. The town of Stanley is a few miles away so I went to take a look at that. Parked in a side street next to the Police Station. There was a shoppers carpark nearby but they had those menacing signs which threatened all kinds of nasty consequences if you went over the allowed time. A £100 fine if you are a minute over. I avoid those places. I went walkabout.
There are three churches in close proximity to each other, close to a roundabout. Here are two of them. I like the way the sun casts a shadow on the wall. St Joseph's RC Church. Stanley. 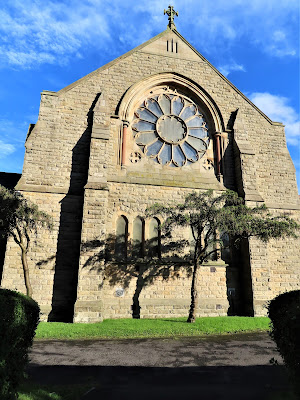 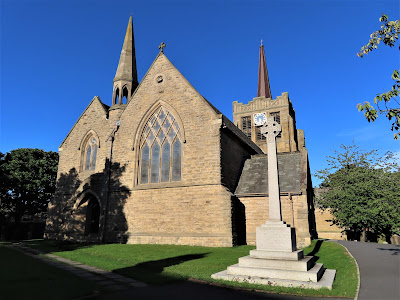 A community centre in the main street. 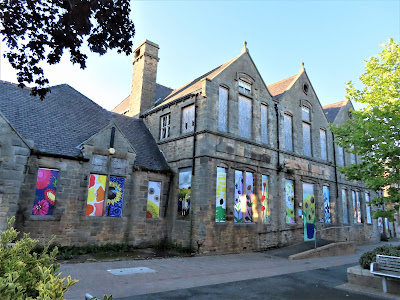 It was time to move on and find a parking spot. The plan was to go back to the A1 motorway and drive north to Washington Services. Simple enough. When I got there I felt a bit uneasy about the fact that there were very few cars on the car park, and no spaces around the edges. I feel exposed parking in the middle, I would rather be discrete on the edge. I was also concerned by the fact that four youths appeared through a gap in the hedge. There is a housing estate on the other side. Something told me to be careful, so I made the decision to go back to Durham Services. This meant going up to the next junction on the motorway and travelling south for ten minutes.
The next morning, after a good nights sleep, I had a coffee and a sandwich and had a shower. Showers are free for anyone, hand over your car/lorry keys at the shop and get a key for the shower.
I checked the map for my next move. I had ruled out going into Newcastle to find the start of Hadrians Wall, couldn't face all that traffic. I chose a river crossing at Newburn which would take me in the direction of Heddon on the Wall. Back up the motorway and split onto the A1 dual Carriageway. I hit roadworks on a massive scale and followed signs for Blaydon. There was a sign up saying these roadworks are ongoing until 2025. Chuffin heck, the whole area is a maze of cones. I made one wrong turn but was able to turn around before I went too far.
I found myself on the Riverside Park. Not a park to walk around but full of big office blocks. I stopped for breakfast and made this video. The break was welcome to recover from the stresses of the maze of roadworks.
Once over the river I came across the Tyne Riverside Country Park. This looks promising I thought. Time to go for a walk. There are two paths. One a cycleway, I chose the riverside path. 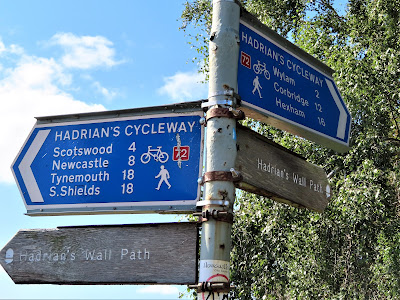 It was a lovely morning to take the dogs out and sit by the river. 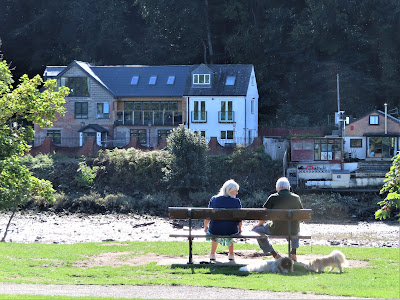 It felt good to be out of the car and free to wander. 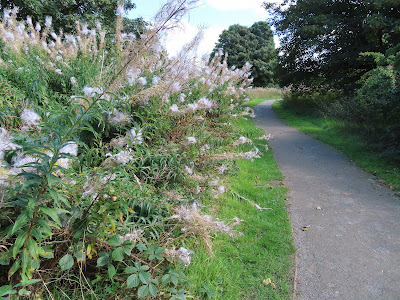 There's something about rivers which I find relaxing, meandering along gentle curves, watching the flow of the water. You never know what is around the corner. The opposite of straight slow moving water on canals. 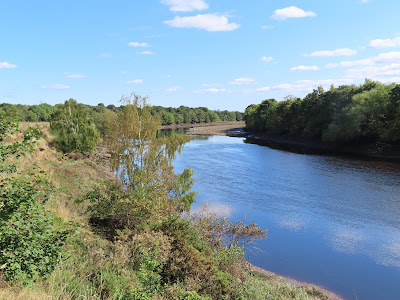 Keeping my eye on the time, I looked for a path that would take me to Heddon. Boy was that a steep uphill climb. It was worth it though. Deep joy, I found a bit of The Wall. 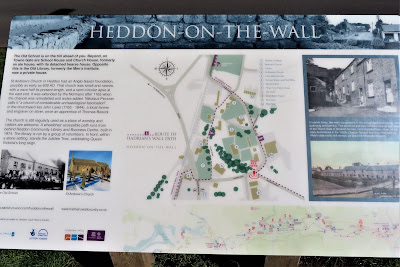 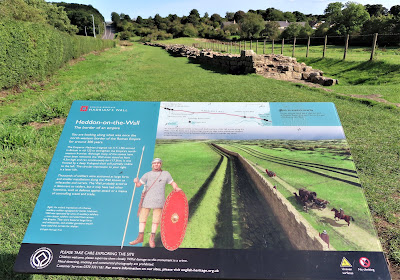 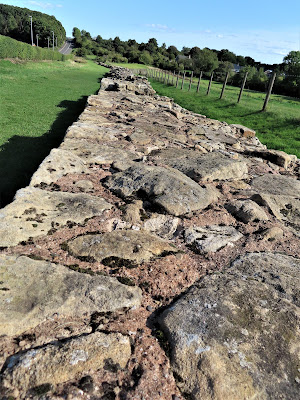 Look at that view. 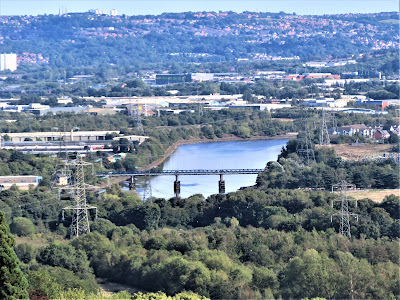 I arrived back at the car after a nice downhill stroll, and set off to find a place to park up. I drove through Throckley and got on the A69. Let's have a look at Corbridge.
There is a car park next to the river bridge, this looks promising. The sign says 72 hours free parking. In small letters at the bottom it says No camping, No cooking, and No sleeping. I think this would deter campervanners and motorhomers, but it was not going to deter this car camper. 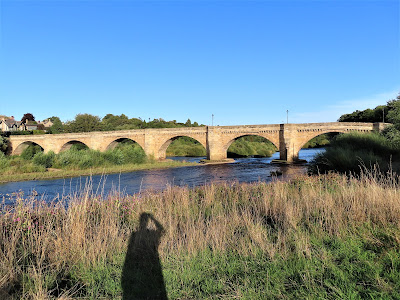 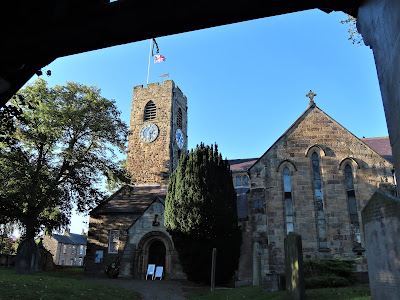 It's a lovely little town. Have a look at this web site.
I had no bother overnight. Nobody checked, there were other cars parked, no one else sleeping over. I think this is the overflow car park for the Railway Station. People leave their cars here when they need to catch a train and will be away for a couple of days.
After coffee and breakfast, time to move on. The next post will show you where I went next.
Thanks for popping in. Toodle pip.   ilona
Posted by Meanqueen at 10:15