Let's have a look at High Force Waterfall

To conclude this mini series off  'up north' travels, I left Weardale and drove to St Johns Chapel, where I turned right onto a minor road to Langdon Beck. A couple of miles further on is High Force Waterfall. There is a big white hotel on the side of the road, and a large car park, with a map on a board. £3 for 3hours. There is also a small charge of £2.50 payable at the Hotel because it is on private land. The money goes towards the upkeep and repair of the paths. Walk across the road and follow the signs. Off I go. 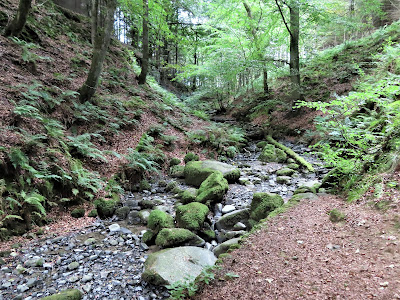 First sighting of the Waterfall. You can hear it before you see it. Golly gosh, how spectacular is that. 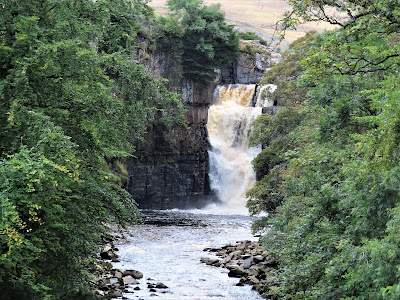 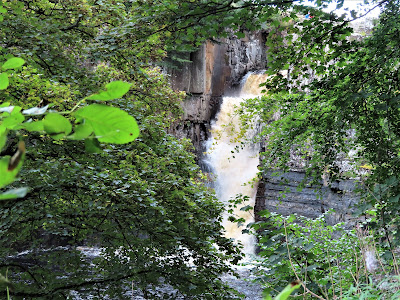 There is a platform to stand on down some steps. I watched it for a while, there was no one else there. As I made my way back up I stopped to chat to two ladies that were on their way down to the platform. We had a delightful conversation. Such nice people. I might travel alone but I am never far away from some company.
There is a path alongside the river which goes over a bridge further downstream. I had time to explore the Waterfall from the other side. I like a riverside walk. 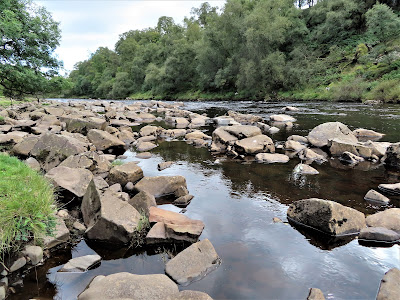 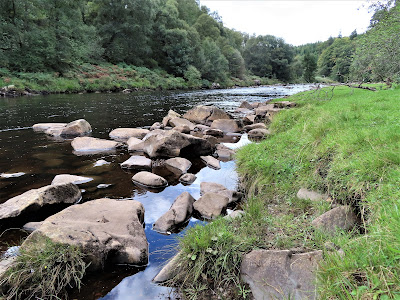 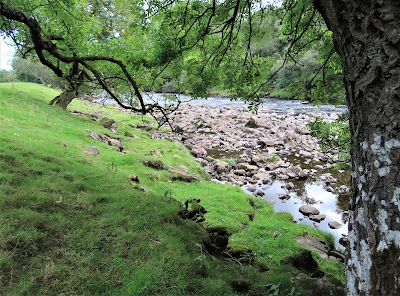 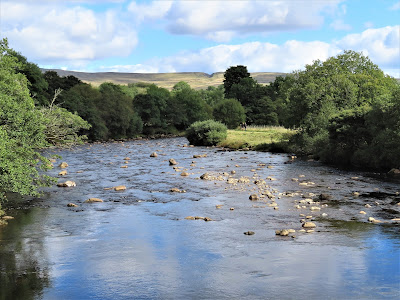 Over the bridge and follow the path on the other side, and here it is. 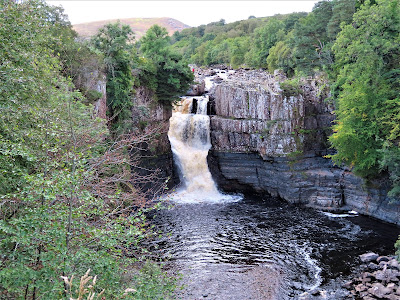 Dare I stand on the top and look down? Careful, not too close. 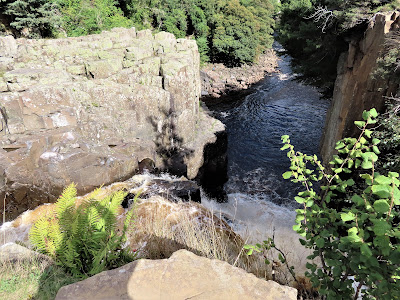 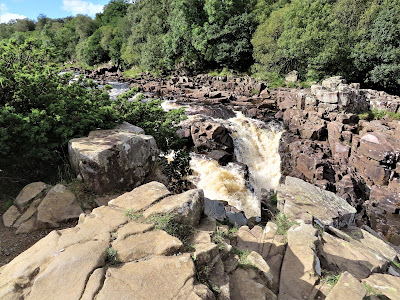 Can you see me mother. 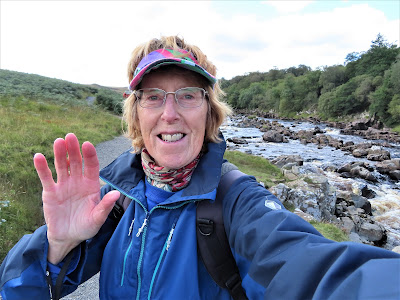 I returned the same way back to the car. Time to make tracks. I stopped on the way home to take a few last snaps of the fabulous scenery. Maybe I'll come back another day. 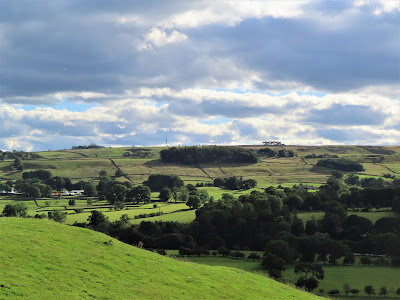 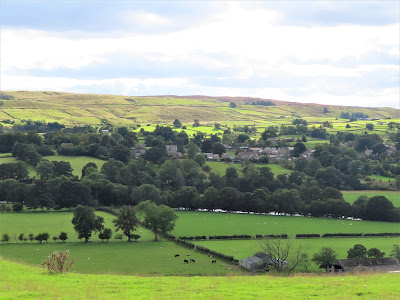 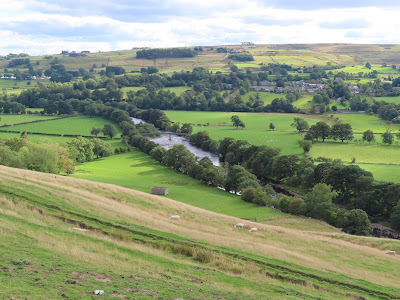 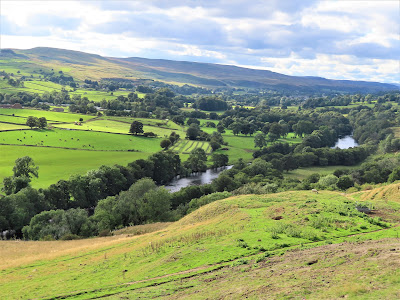 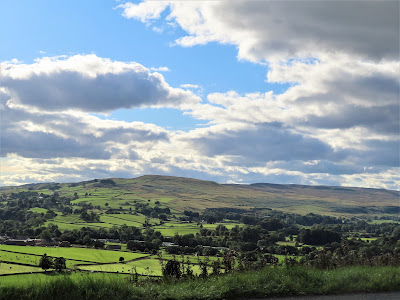 I made a stop At Wetherby services on the way home. It was heaving. Queues to get in and get out. It was a Friday night so people were on the move for a weekend away. I much prefer going away during the week to miss the crowds.
I think it will mainly be days out over the winter period. I'll get the maps out and do some studying. Thanks for popping in. We'll catch up soon. Toodle pip.   ilona
Posted by Meanqueen at 15:33